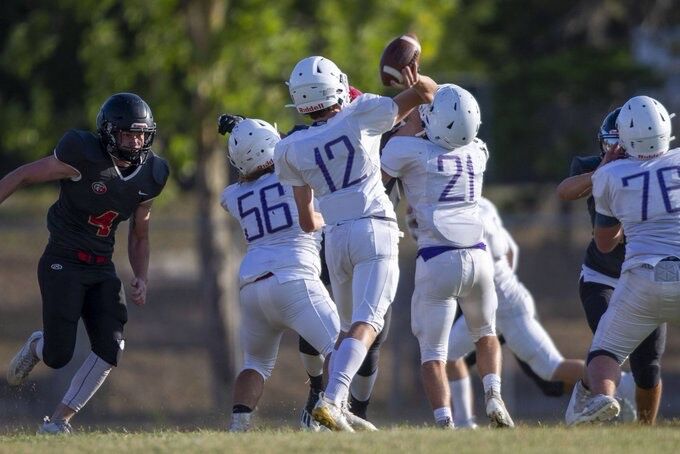 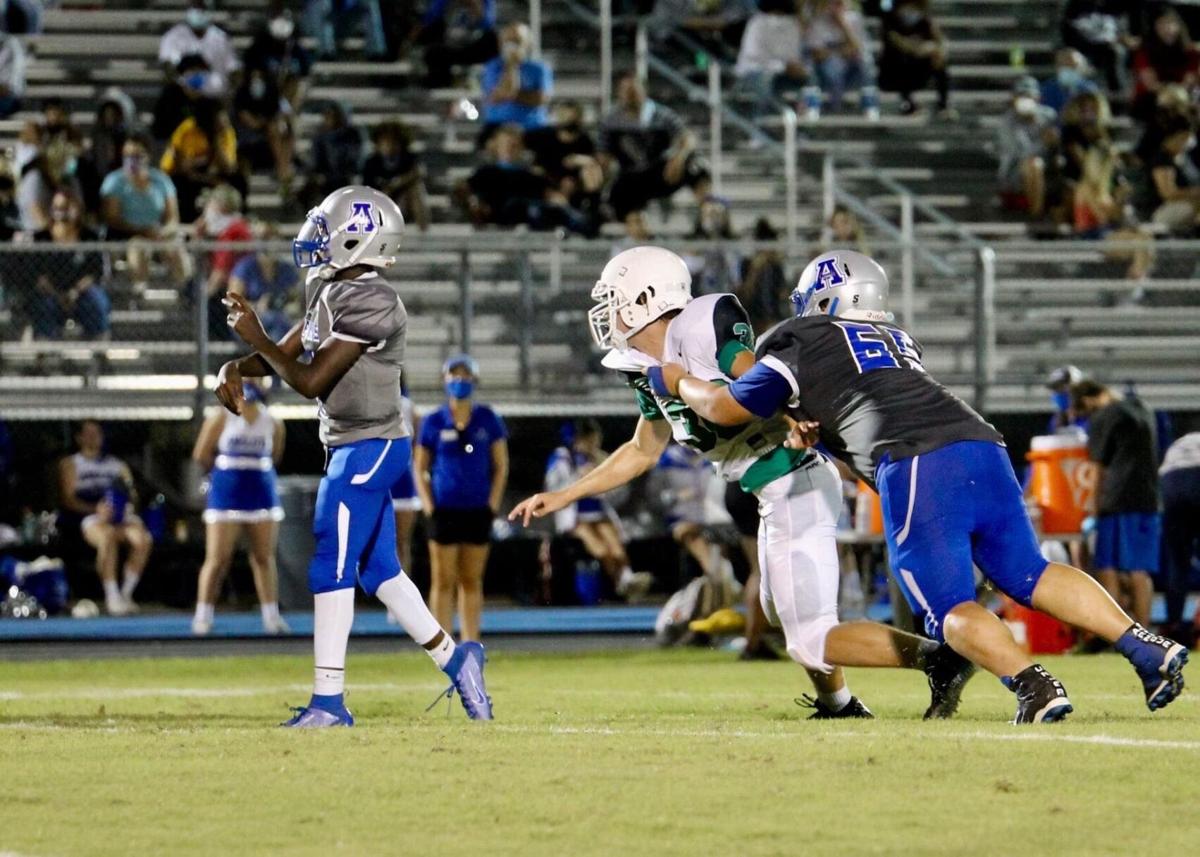 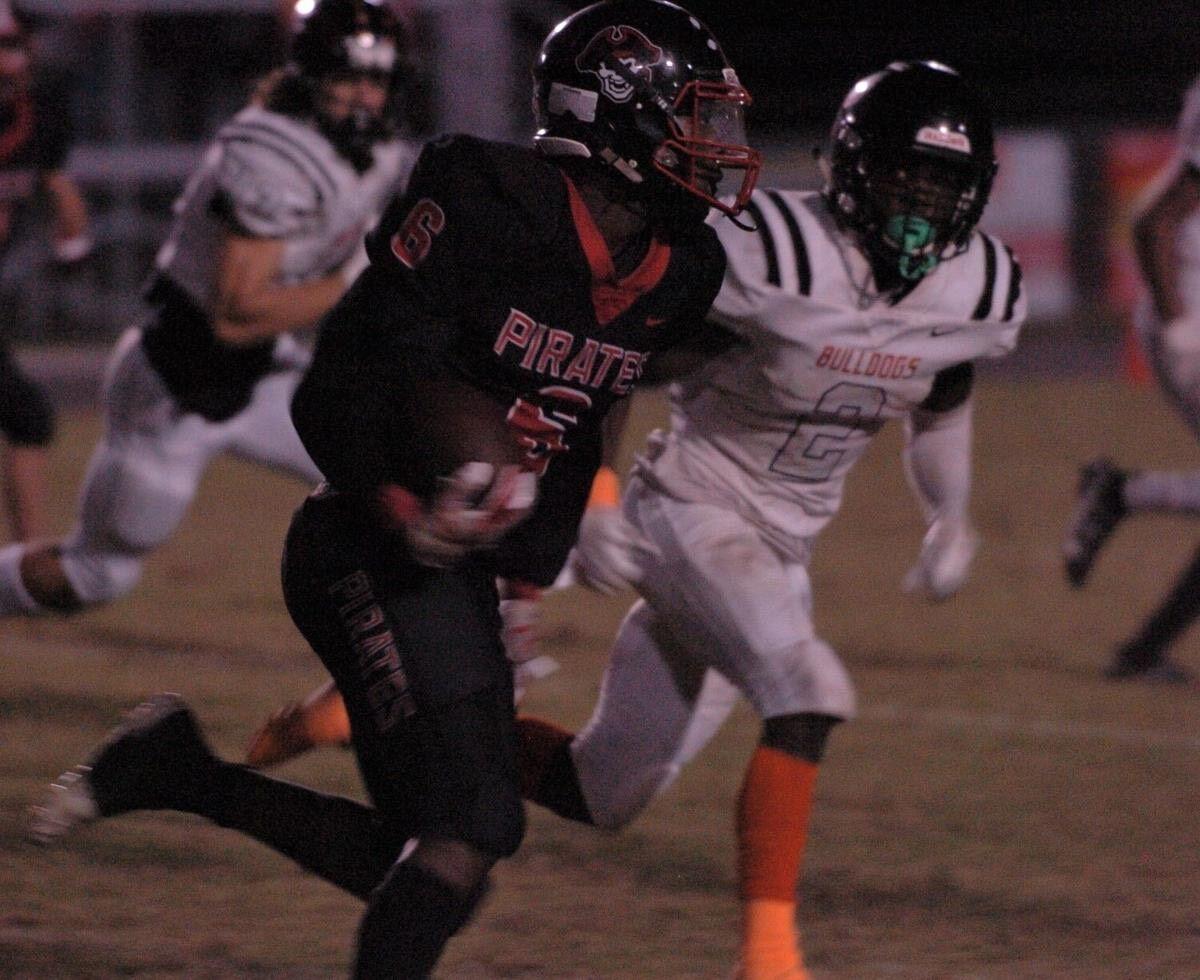 New to the high school football scene in Florida? Just moved to Pasco or Hernando County from another area?

We’ve got you covered on which games are the ones to catch this upcoming 2021 high school football season.

With 20 teams between Pasco and Hernando counties, there’s plenty of matchups, rivalries and can’t miss games that are in store heading into August 20 preseason classics. Below is a list of games we think can be entertaining.

Zephyrhills at Zephyrhills Christian Academy: This one has been brewing for awhile and now it comes to fruition. Let the ‘Battle for Zephyrhills’ begin.

Wiregrass Ranch at Hernando: Rocco Becht and Bryson Rodgers coming into town is a show anywhere and Hernando is coming off a playoff season. This should be a good one.

River Ridge at Mitchell: Battle Royale is back and these two teams combine for the best crowd atmospheres around.

Hernando at Zephyrhills: Two playoff teams from a year ago with two solid head coaches. No doubt a must watch.

Wesley Chapel at Wiregrass Ranch: Though each team doesn’t seem to be equal when it comes to top flight talent, the ‘War of 54’ is always full of energy and trash talking.

Mitchell at Wiregrass Ranch: The game last season became a rout by the Mustangs. This could go the other way this season.

Springstead at Nature Coast: No matter how good or bad either team is, this game ends up being a top Hernando County game to watch.

Pasco at Hernando: A throwback matchup from the 1990’s and early 2000’s. This game was always a must see but brings back memories from the past.

Tarpon Springs at Anclote: The Battle for the Rusty Anchor returns to Anclote Stadium for another round.

Nature Coast at Hernando: Probably the top Hernando County game of the year when you’re talking about the most talent on the field at one time.

Land O’ Lakes at Sunlake: The Butter Bowl takes place over at Seahawk Stadium this year. It was a dandy last year and should be this fall.

Mitchell at East Lake: The rivals of McMullen Booth Road have had good matchups here and this one should be tighter than the last couple of seasons.

Anclote at Gulf: These two schools became rivals the moment Anclote opened. The Sharks and Buccaneers always create for a fun game.

Cypress Creek at Hudson: Whether it’s the high flying offense led by Owen Wall or Tim Hicks’ multi-faceted offense, this should be a good one.

Wiregrass Ranch at Zephyrhills: A talent rich game over on the east side and the battle of wits between head coaches Mark Kantor and Nick Carroll is always a good one.

Gulf at Central: These two teams faced off in the spring with Gulf and winning. Now Central will want payback.

Largo at Mitchell: An always talented Largo team will travel up to Trinity. Packers versus Mustangs should be full of fireworks.

Fivay at River Ridge: These two opponents faced off twice in 2020 with each club winning once. Rubber match in 2021?

Wiregrass Ranch at Armwood: Armwood is still Armwood, but could this be the year the Bulls pull off a win in Seffner?

Cypress Creek at Weeki Wachee: Lots of yards and touchdowns could be involved with this one.

Cypress Creek at Wesley Chapel: Another battle out past I-75 between two Wesley Chapel teams makes for a competitive matchup.

Zephyrhills at Pasco: The 9-Mile War is one of the oldest rivalries in Pasco County. It’s truly one of the state’s most unique rivalries.

Hudson at Fivay: The Backyard Brawl is a newer rivalry that has developed but definitely brings its own uniqueness. Oh, and there’s a trophy too.