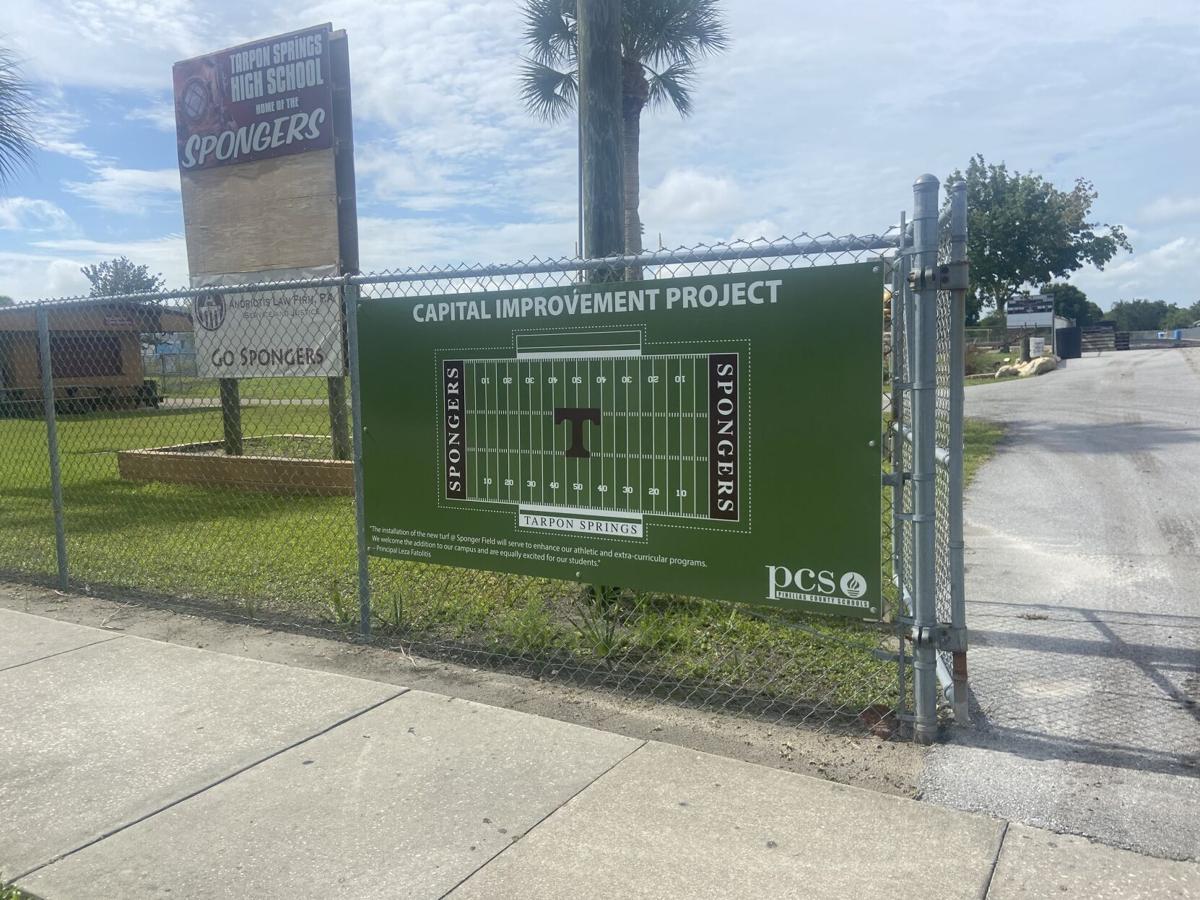 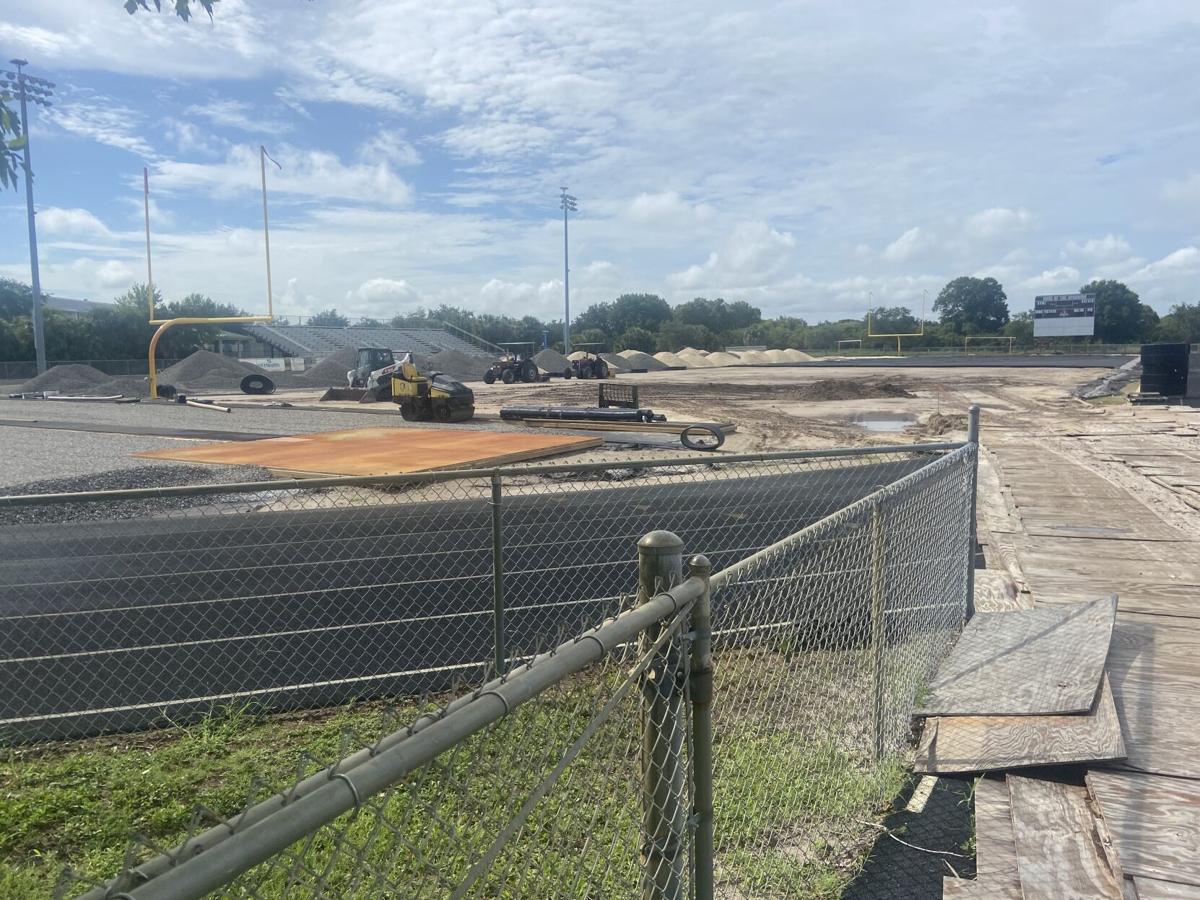 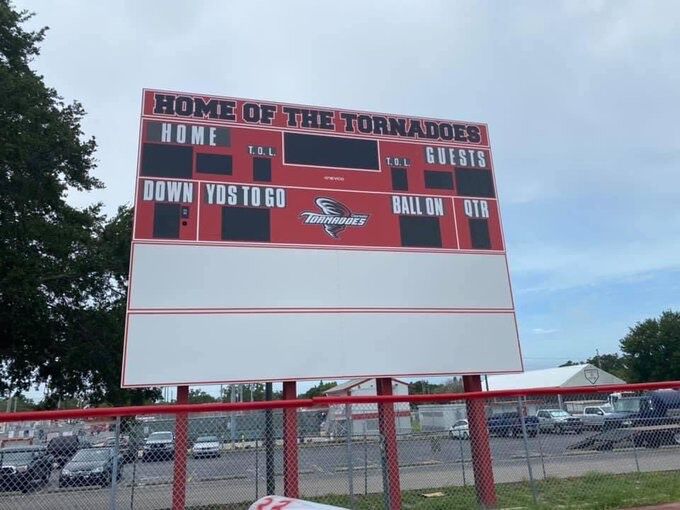 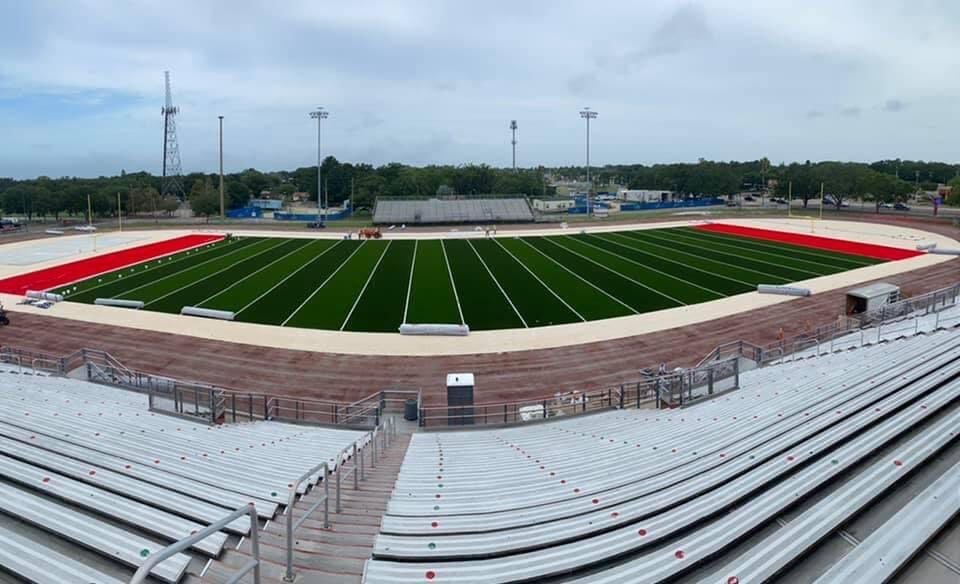 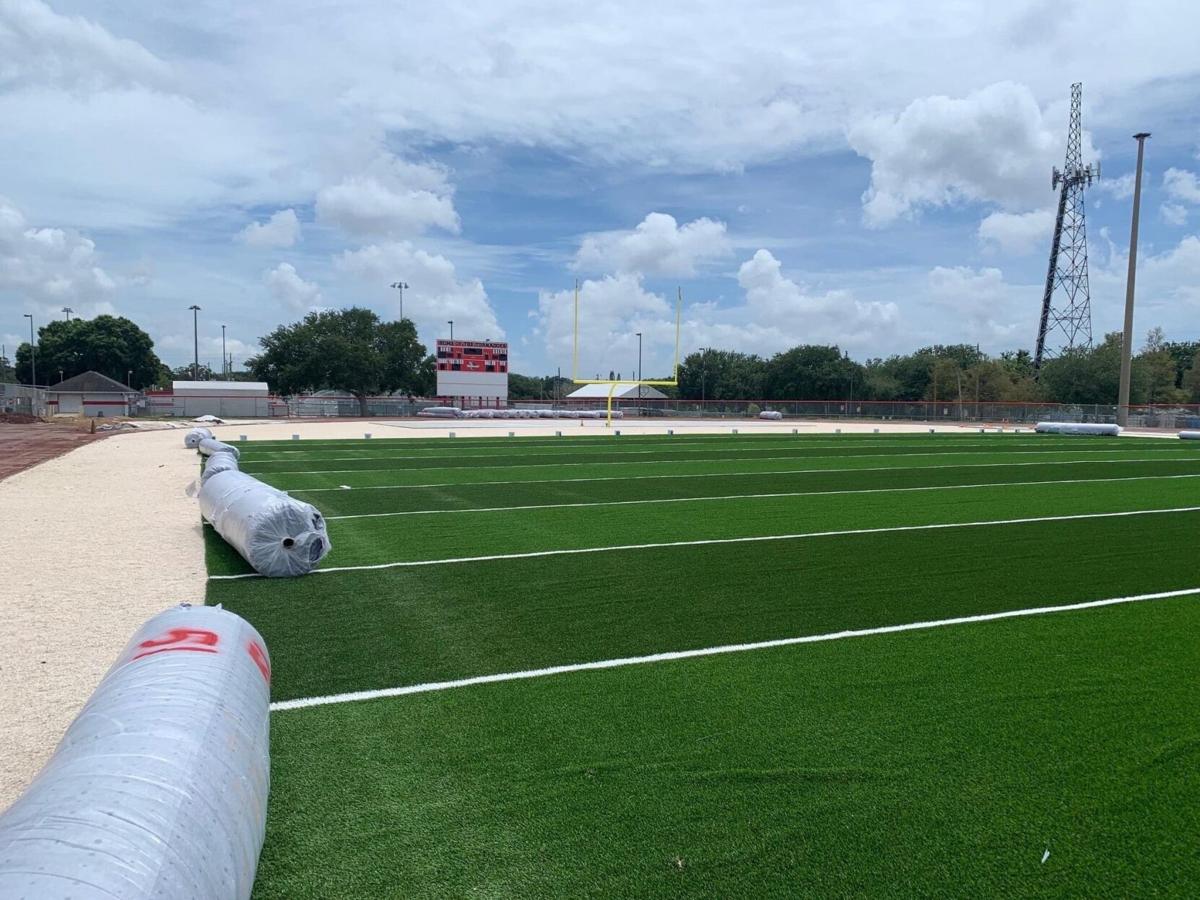 CLEARWATER — A trend is beginning around the Tampa Bay area for high school athletic stadiums, as many football programs are pushing to get artificial turf fields laid down at their facilities.

Two more high schools will have new turf fields prepared when the 2021 regular season kicks off in late August. Clearwater High School and Tarpon Springs High School are the two latest that will be making the big-time additions.

For Clearwater High, the move toward a new artificial turf field has been  in the making for several years now. Jack White Stadium, home of the Pinellas County North vs. South All-Star Game, is currently going over a complete makeover. The final touches are being made to the game field, as the turf has been laid down and the numbering and logos are the last things that need to be completed.

At Tarpon Springs High, the field turf hasn’t been laid down yet but the initial groundwork has been completed. The old natural grass has been dug out and it has paved the way for the new turf to be laid down next. Both fields should be ready once practices kickoff here later this summer.