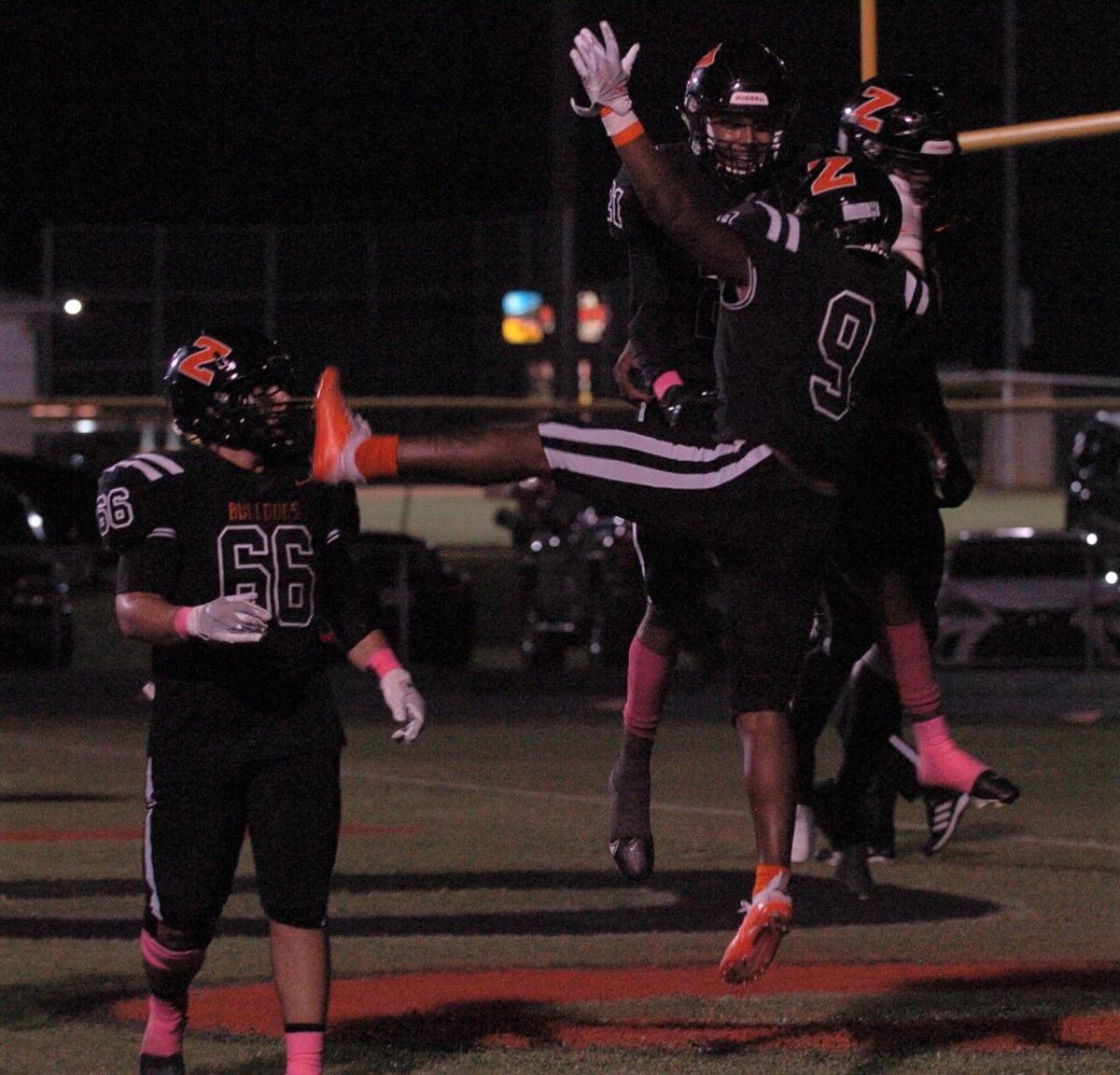 There was a lot to celebrate Friday night in Zephyrhills. The host Bulldogs jumped out to a big lead and beat West Pasco rival River Ridge, 35-24. 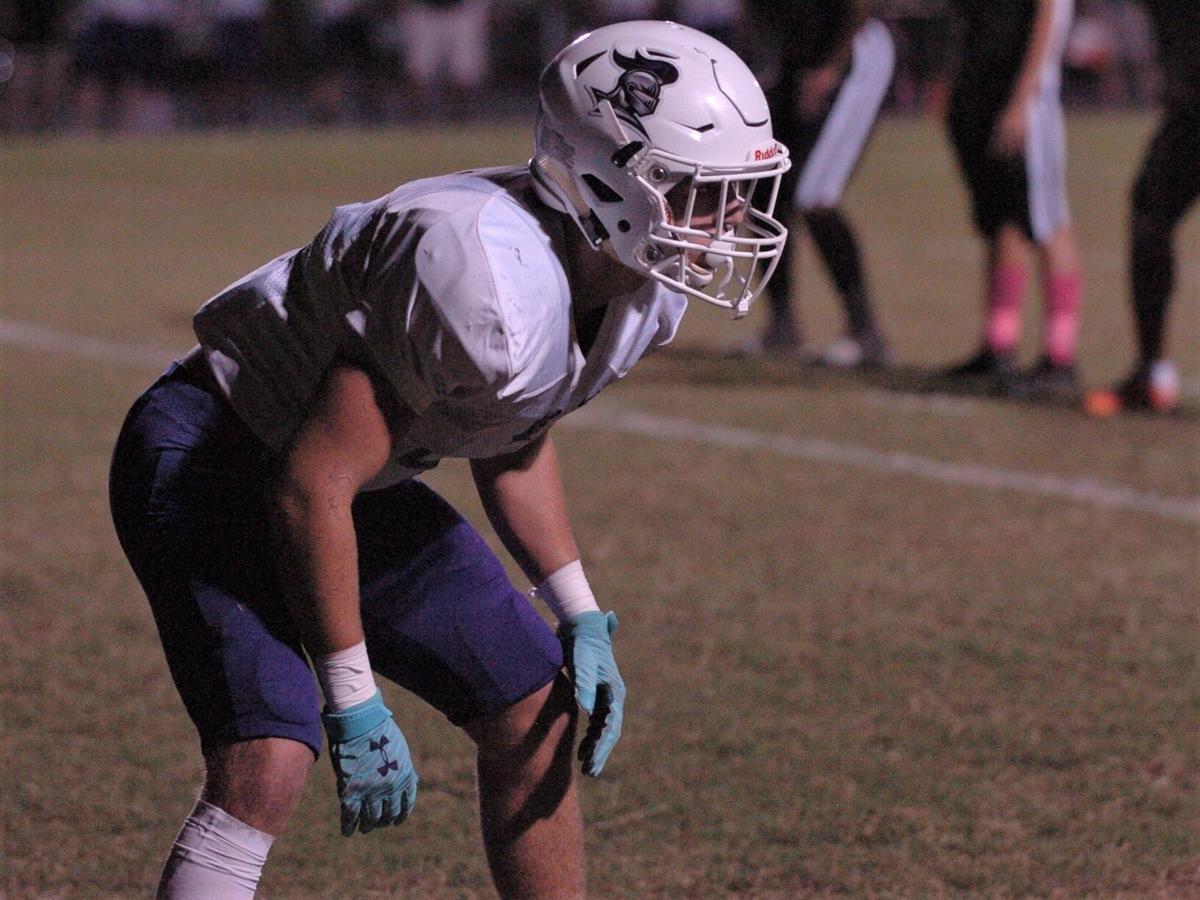 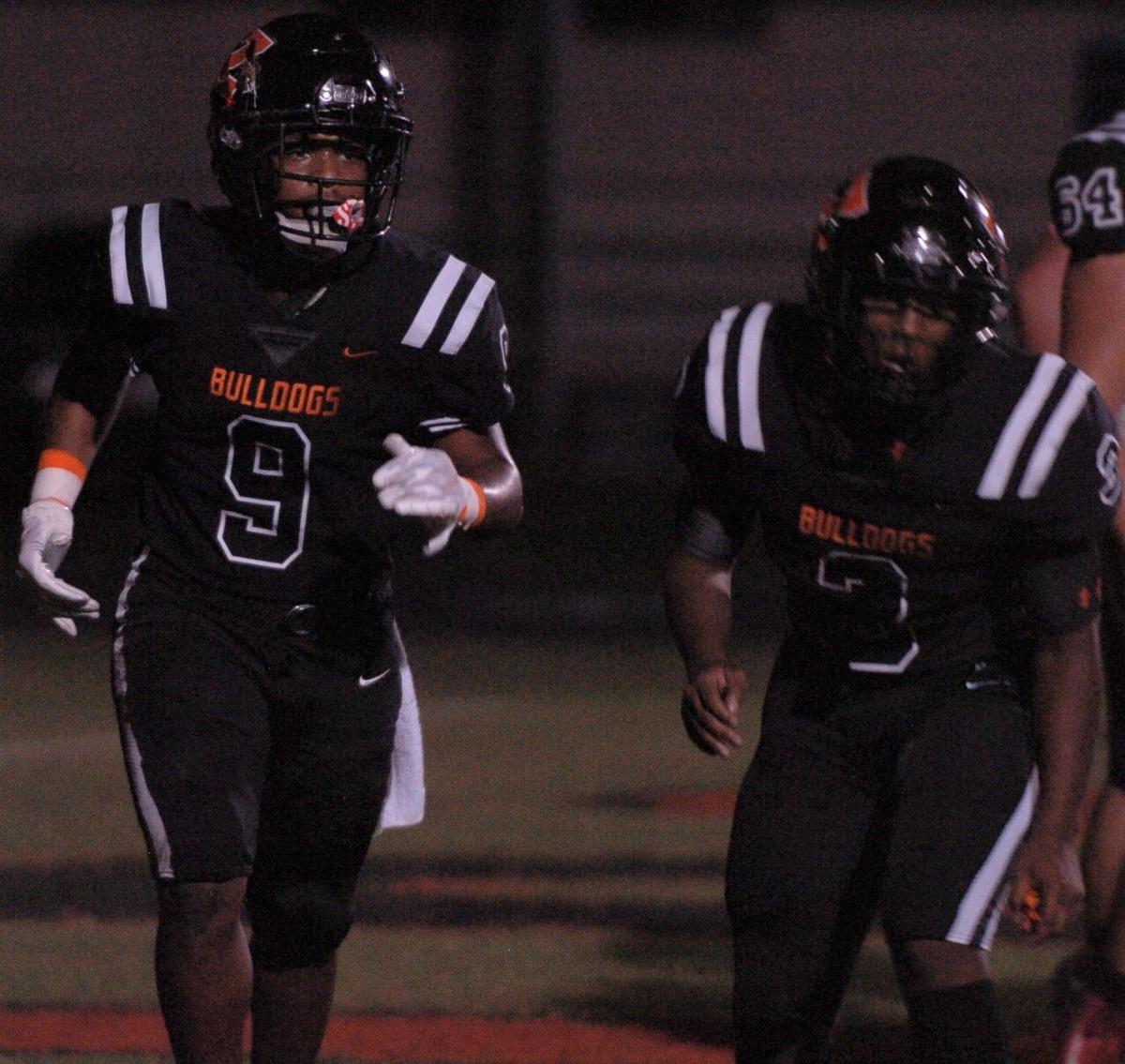 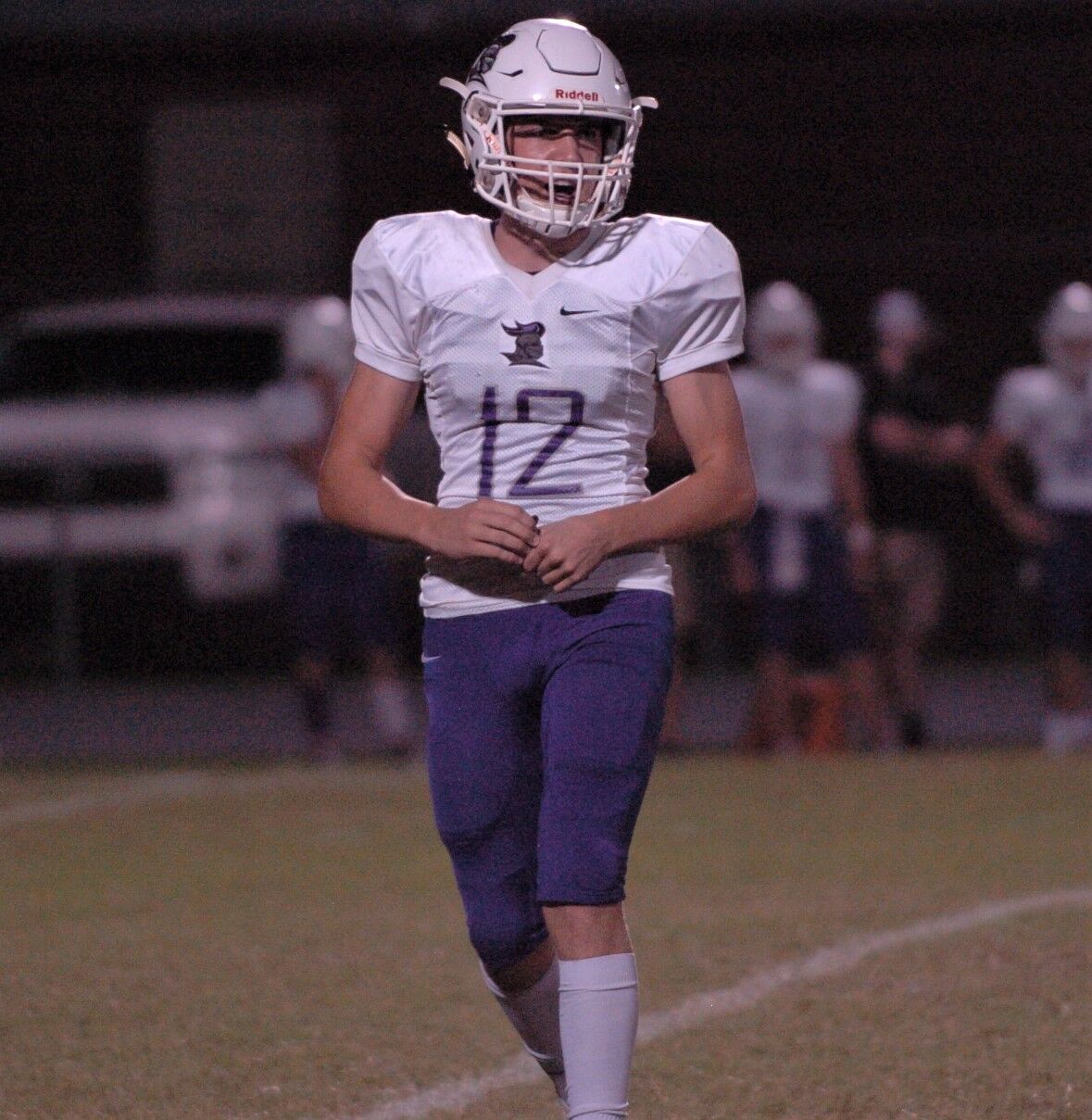 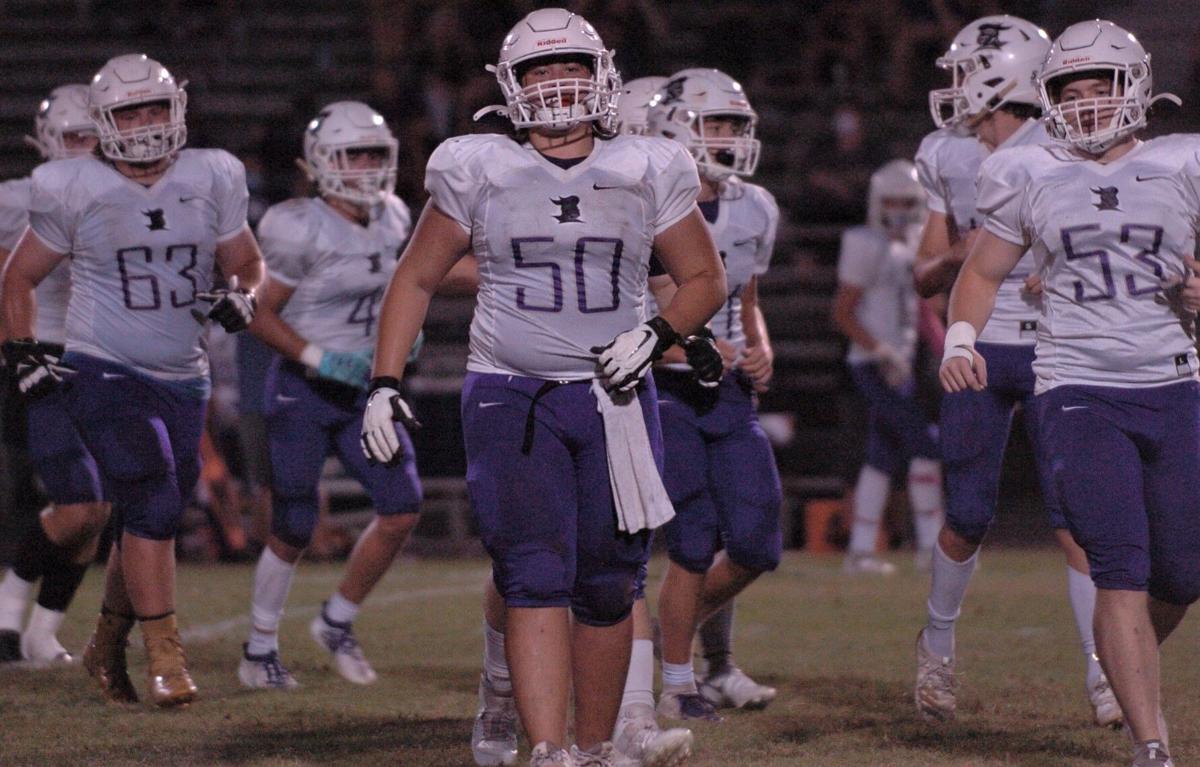 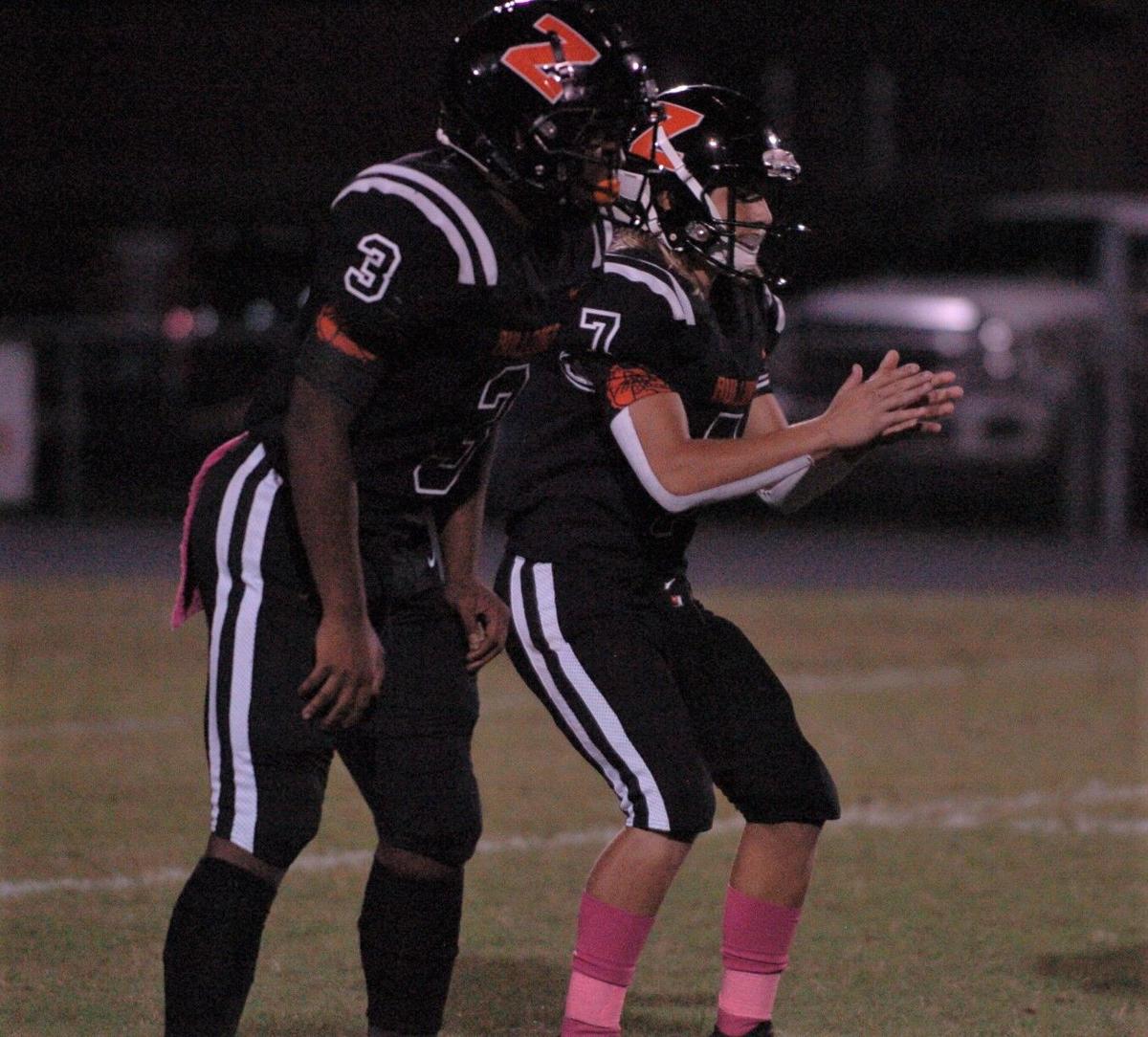 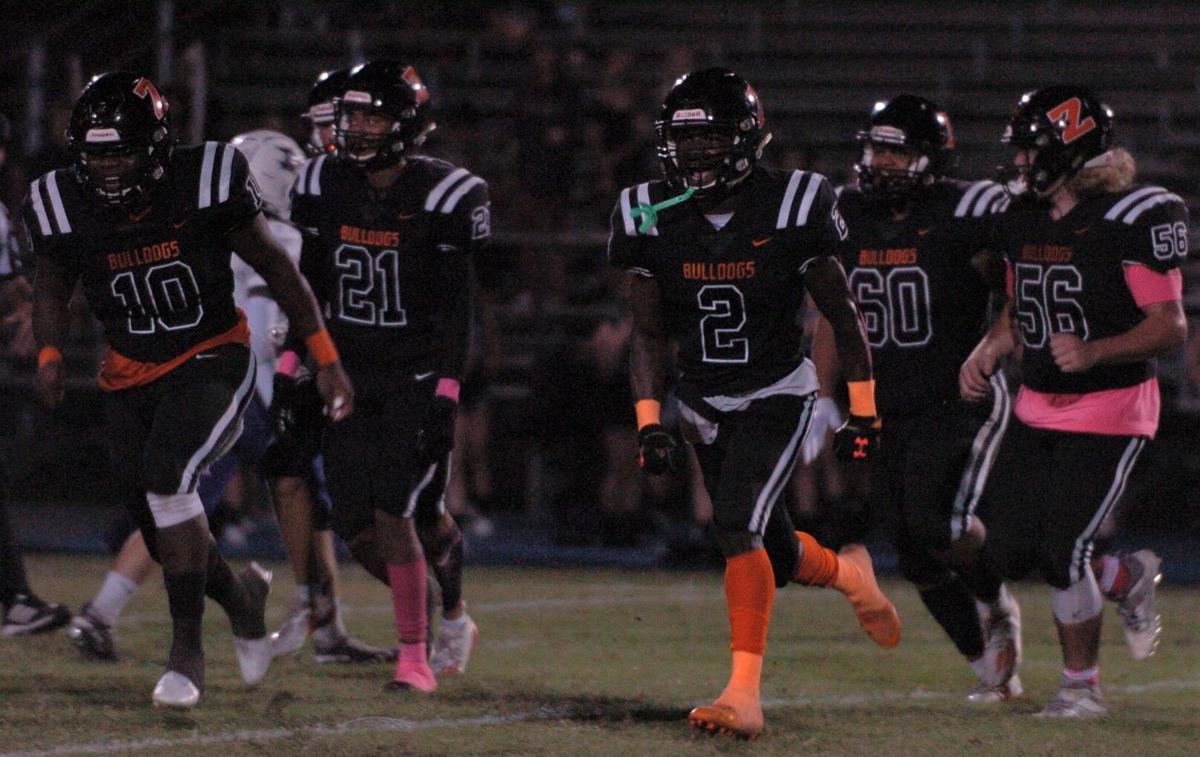 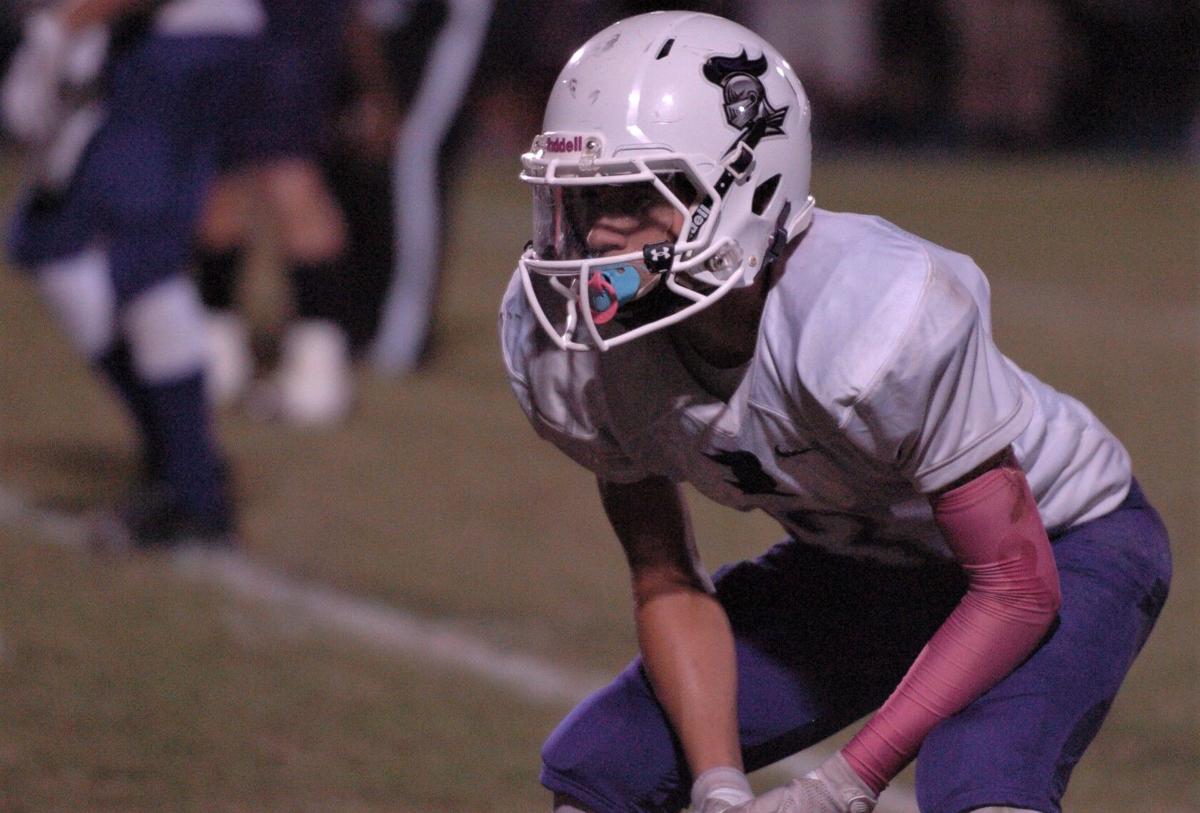 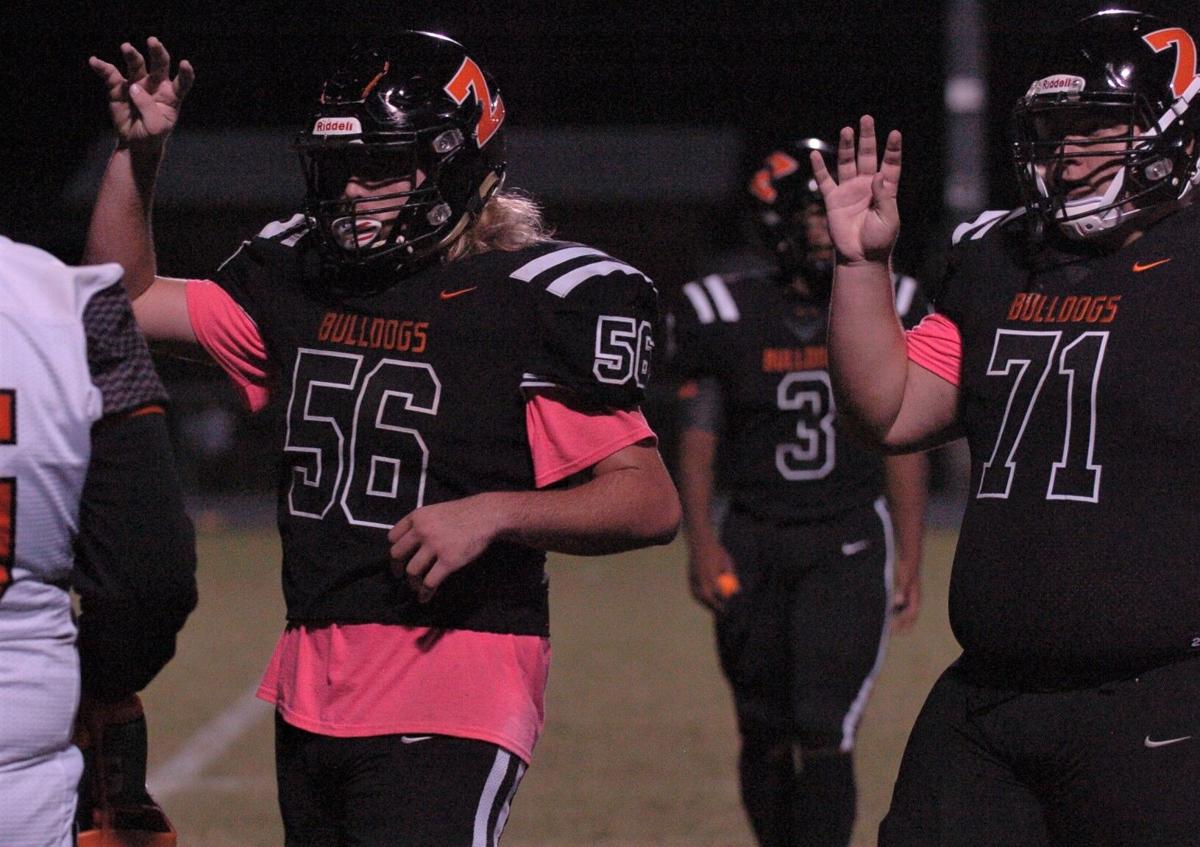 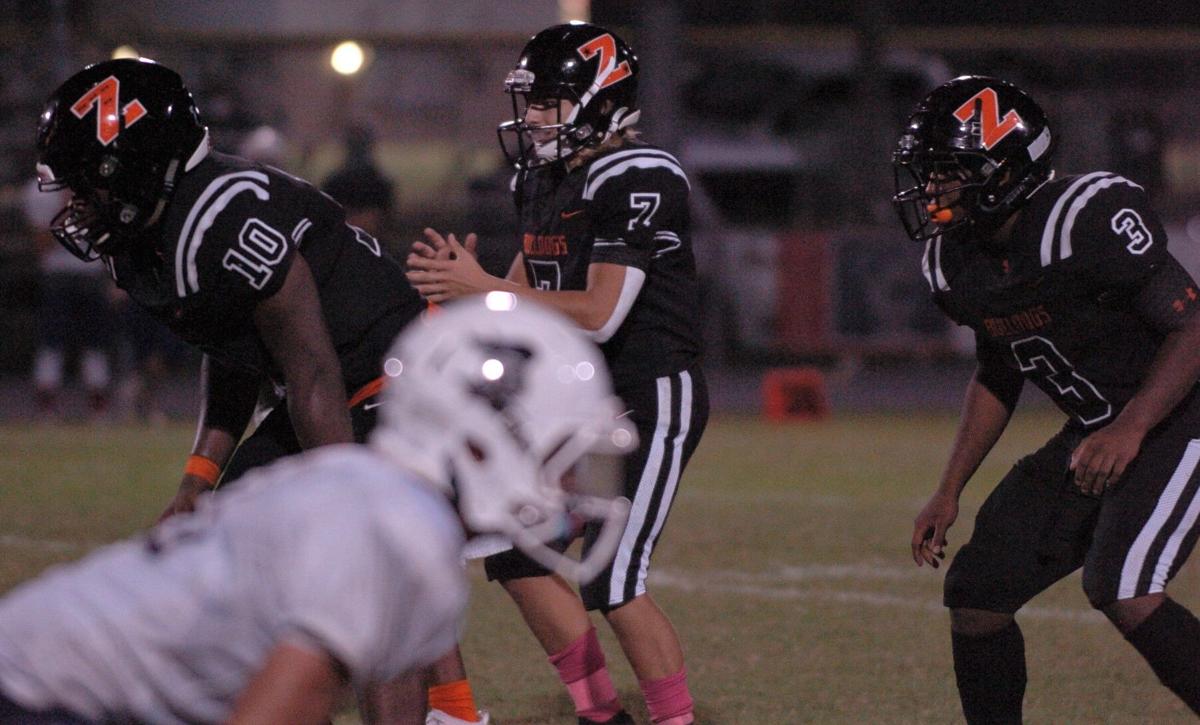 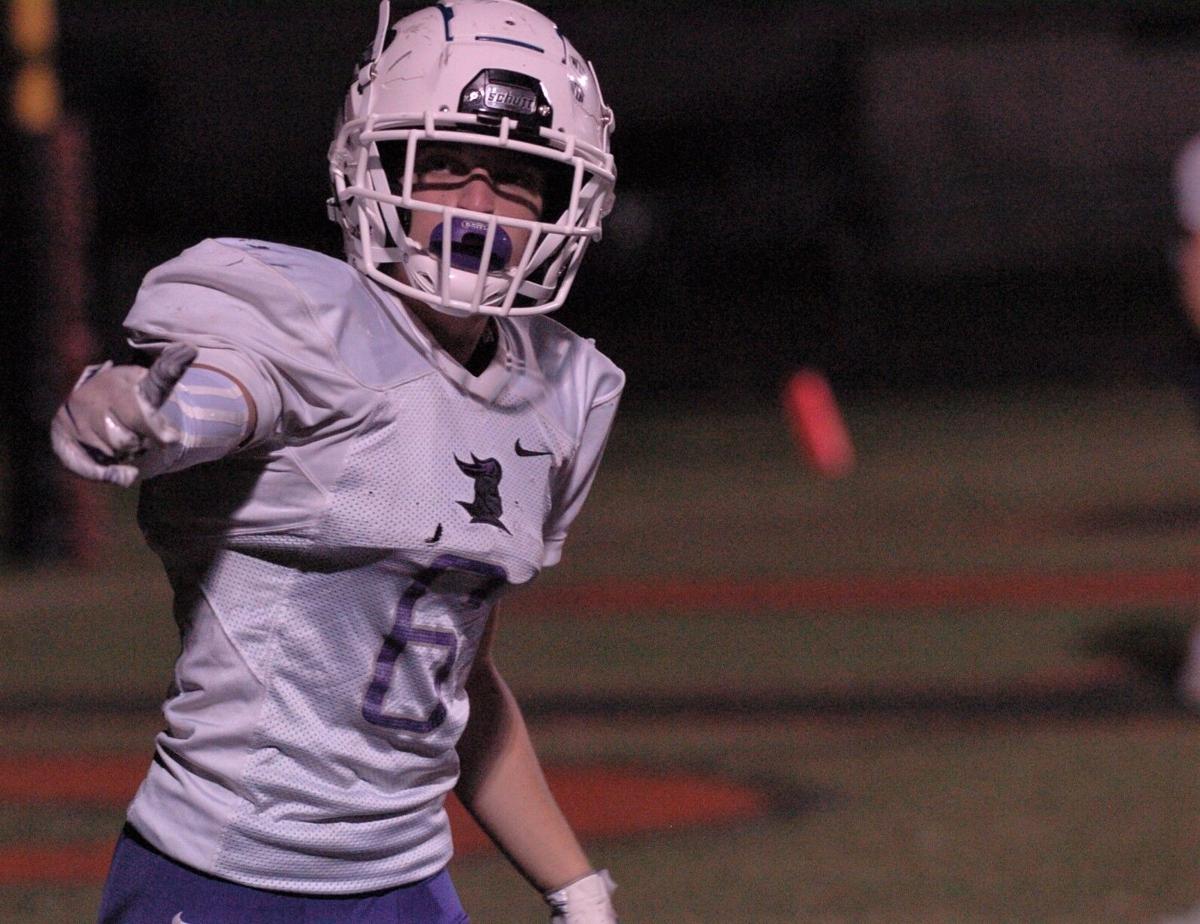 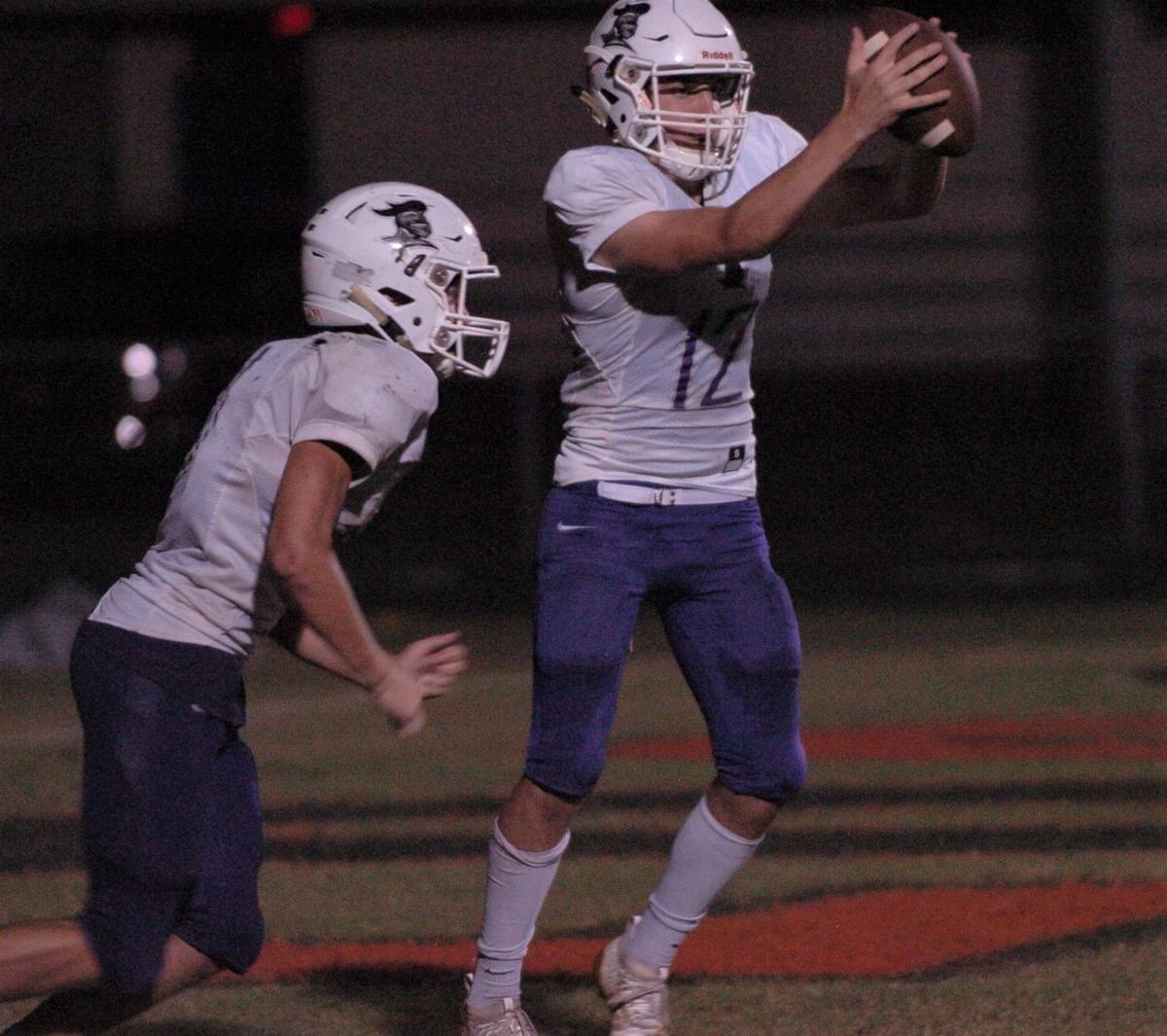 There was a lot to celebrate Friday night in Zephyrhills. The host Bulldogs jumped out to a big lead and beat West Pasco rival River Ridge, 35-24.

ZEPHYRHILLS – A 21-point first quarter provided plenty of cushion and Zephyrhills won the battle of East vs. West over River Ridge, 35-24.

Friday night’s game was the seventh in six years between the Pasco County rivals and the Bulldogs took a 4-3 edge in the recent series by dominating the first half and producing nearly all of the night’s big plays.

Five offensive snaps later, the score jumped to 15-0. Bulldogs linebacker Theotis Smith snagged a one-handed interception near midfield and did the rest himself, racing 46 yards to the end zone.

River Ridge’s lone first-half score came in response to the pick-six. The Royal Knights got inside the Zephyrhills 10 before settling for a 25-yard Matthew Harkness field goal.

Explosive plays and the turnover battle were the night’s big factors, though, and Zephyrhills owned both.

The Bulldogs (4-2) produced five plays of 24 yards or more, including two touchdowns that covered more than 50 yards of turf. The first of those 50-plus pickups was a 55-yard Tre Gallimore run three plays after River Ridge’s field goal.

Despite a 28-3 halftime deficit, the Royal Knights (4-3) didn’t back down. Zephyrhills' lead shrunk to 28-17 by the end of the third quarter, thanks to a pair of Hawks-to-Aaron Wyman touchdown hookups.

Hawks got River Ridge into the end zone one more time on a 2-yard run, but the 3 minutes and 28 seconds remaining wasn’t enough for the West Pasco visitors to close an 11-point gap.

Zephyrhills took nearly half as many offensive snaps as River Ridge – 33 to 60 – but outgained the Royal Knights 316-243.

Rivera connected on five of his six pass attempts for 156 yards and the Gallimore touchdown. Gallimore posted 111 offensive yards, 57 receiving and 54 rushing. Roundtree led all rushers with 63 yards and two scores on 10 carries.

River Ridge rushed for 180 yards, paced by 57 on 18 attempts from Aiden Schmidt. Danny Sansonetti and Jack Sutherlin rushed for 40 yards each.

The Royal Knights will try to bounce back next week on the road against Anclote (2-5).

After dropping its first two games, Zephyrhills has now won four straight. The Bulldogs will go for five in a row next week at home against Class 1A Hawthorne (5-1). Hawthorne High is located east of Gainesville.