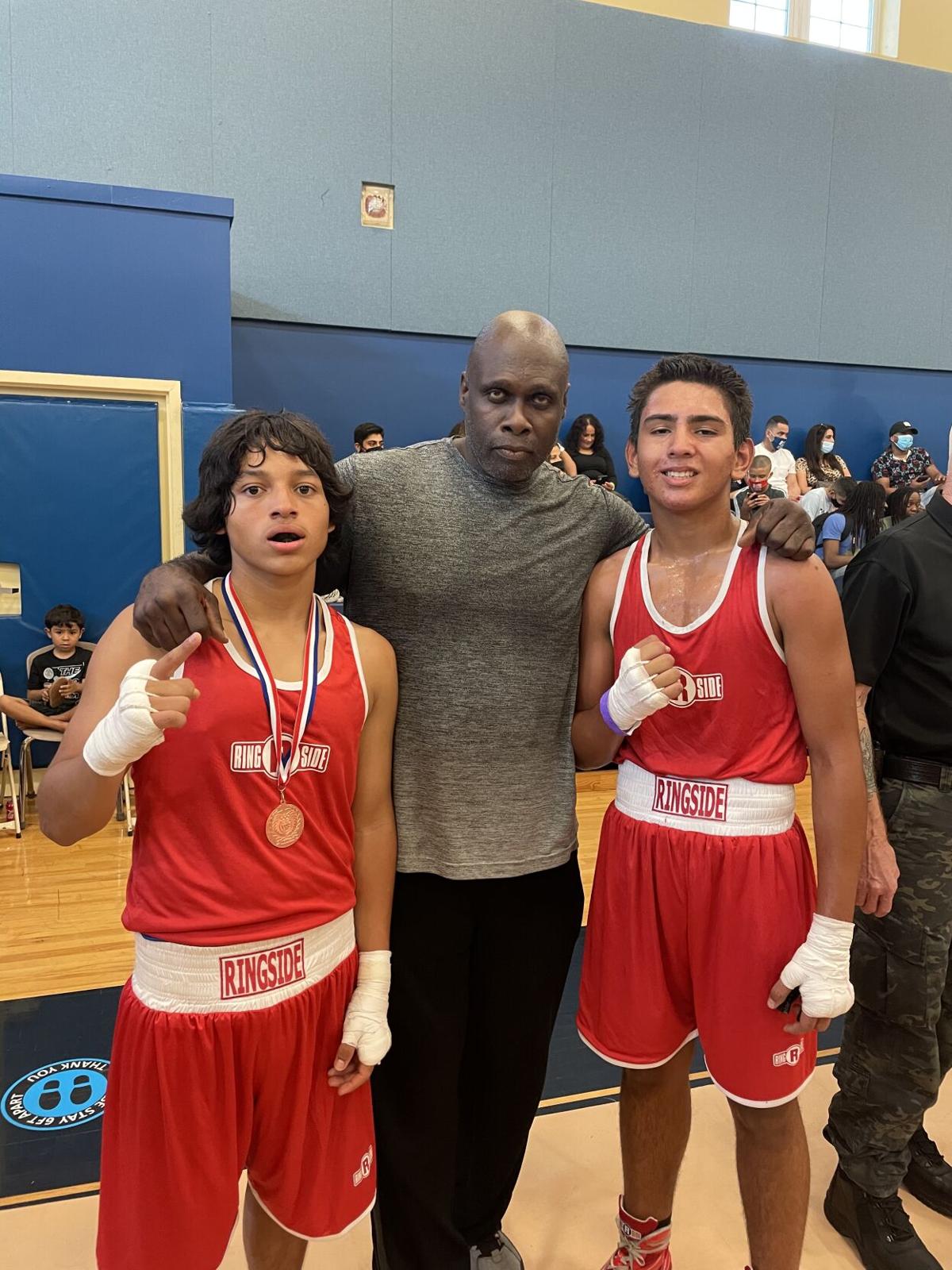 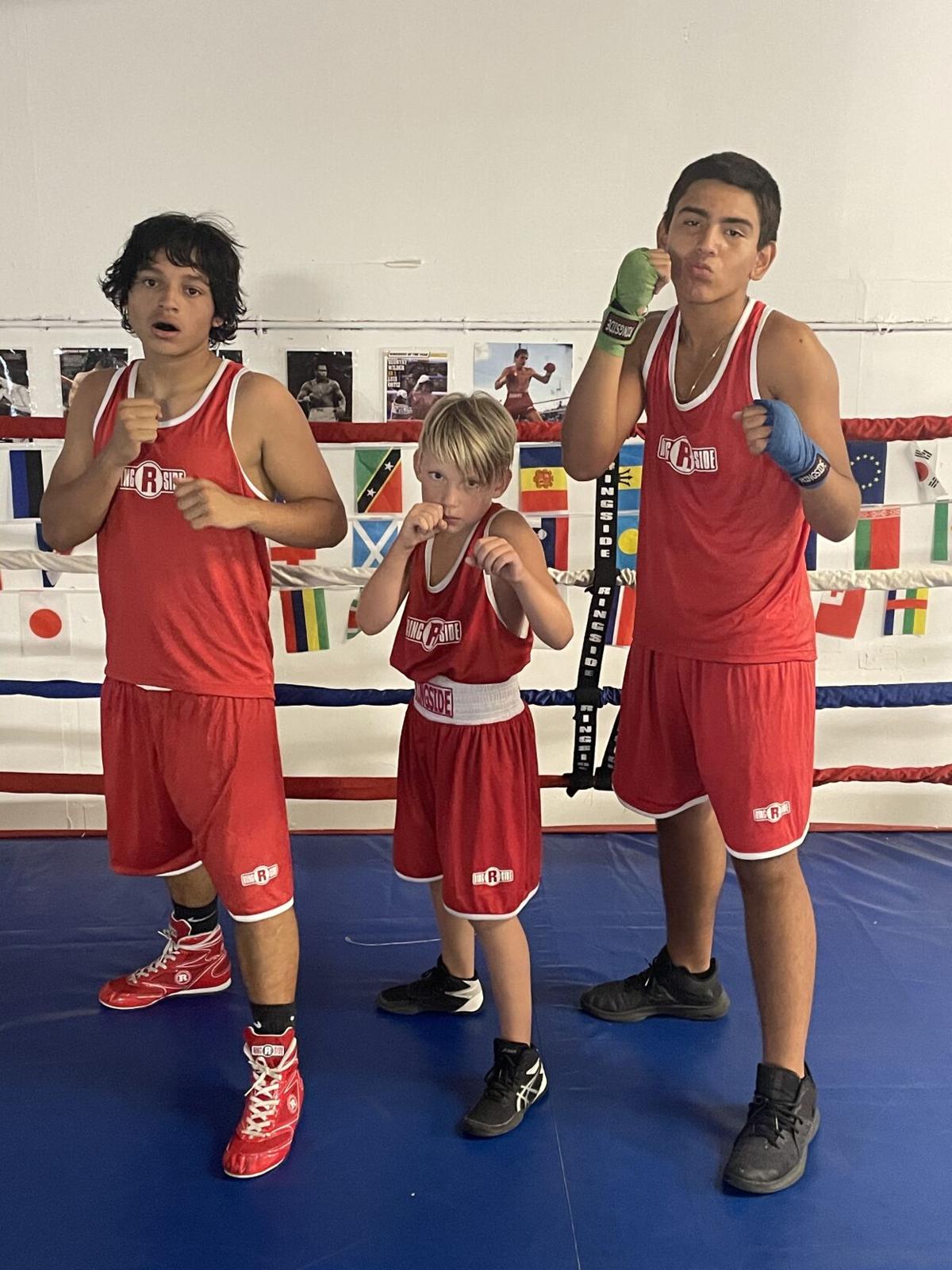 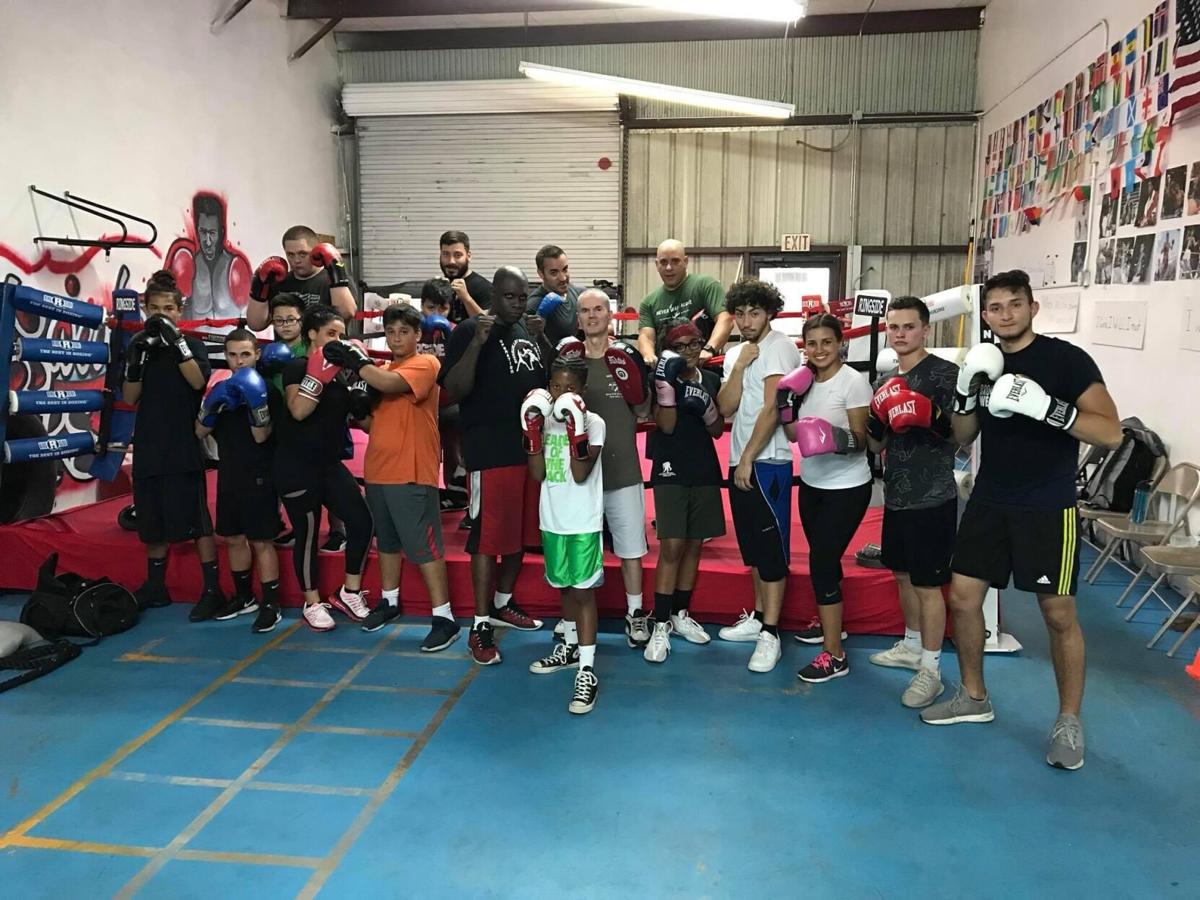 BROOKSVILLE — For 14-year-old David Gonzalez, winning a gold medal after competing for the first time in the Florida Junior Olympics made him feel like the champion of the world. For his coach, Jackie Wilson, it was a proud moment to witness.

“He has what it takes if he really wants to develop himself; he can be a great fighter,” Wilson said. “He’s calm. He has that certain thing you look for in a boxer, and he has that gift.”

David was one of three boys from Wilson’s gym, Shaquille’s Boxing Club Operation Turnaround, to box in the Junior Olympics at the end of May. The competition took place in Tampa and was hosted by that city’s Police Athletic League.

Wilson opened his gym in 2017 and at the same time started his nonprofit as a means to help youth become productive citizens and to teach them how to deal with adversity.

He named the gym after his son’s middle name. His son grew up with seizures and medication that made him think slower. Shaquille, who is graduating from Florida State University this summer, inspired Wilson by overcoming his struggles and showing what a fighter he is.

Wilson takes in youth between the ages of 8 and 17, working with them Monday through Friday on their self-esteem.

“Boxing is like a life lesson where you get knocked down, you have to get back up, and continue to compete,” Wilson said. “As you found out when you graduated from high school or college that it’s a very competitive world, I teach them about competition and how to deal with adversity, not only in the ring but in school.”

Education is an important tool that Wilson tries to impress upon his youth members. He gets involved with their education by checking on members’ report cards and finding them tutors if they need it. Guest speakers from different career backgrounds are also asked to visit the youth members now and then.

Many of Wilson’s members have gone on to join the military or attend trade school after they graduate high school. Some of them have never traveled outside of Brooksville, and Wilson takes the opportunity to expand their world by showing them something different from what they know.

Wilson’s ultimate goal for his nonprofit is to offer a place to stay for homeless youth and provide transportation to school. His current facility is 5,000 square feet, but Wilson would like to own five acres of property to accommodate more youth.

Wilson said he hopes that as his Operation Turnaround members grow older, they remember to pay it back to the community because for him, that’s how he got started in the boxing world as well.

“When I grew up, my father died when I was 9 years old, so I really didn’t have anyone to look up to,” Wilson said. “I started getting in trouble until I met my boxing coach, he did that for me. He talked about boxing but he also talked about how to handle life. When I turned 18, I boxed for the military and when I got out and had time, I wanted to repay the favor and do it for other kids.”

In the past few years, Wilson said he has had 300 to 400 youth come through his boxing club. He also takes in youth from the Department of Juvenile Justice for their community service, and discusses with them what got them in their situation and what they would do next time. Better yet — how not to fall into that situation.

“I was rough on the street, too. I’m from the New York City area,” Wilson said. “When they come to me, I tell them, ‘I wouldn’t do that because this is how it’s going to turn out.’ And it’s authentic, it’s not learned from a book, it’s learned from experience, so they respect that more.”