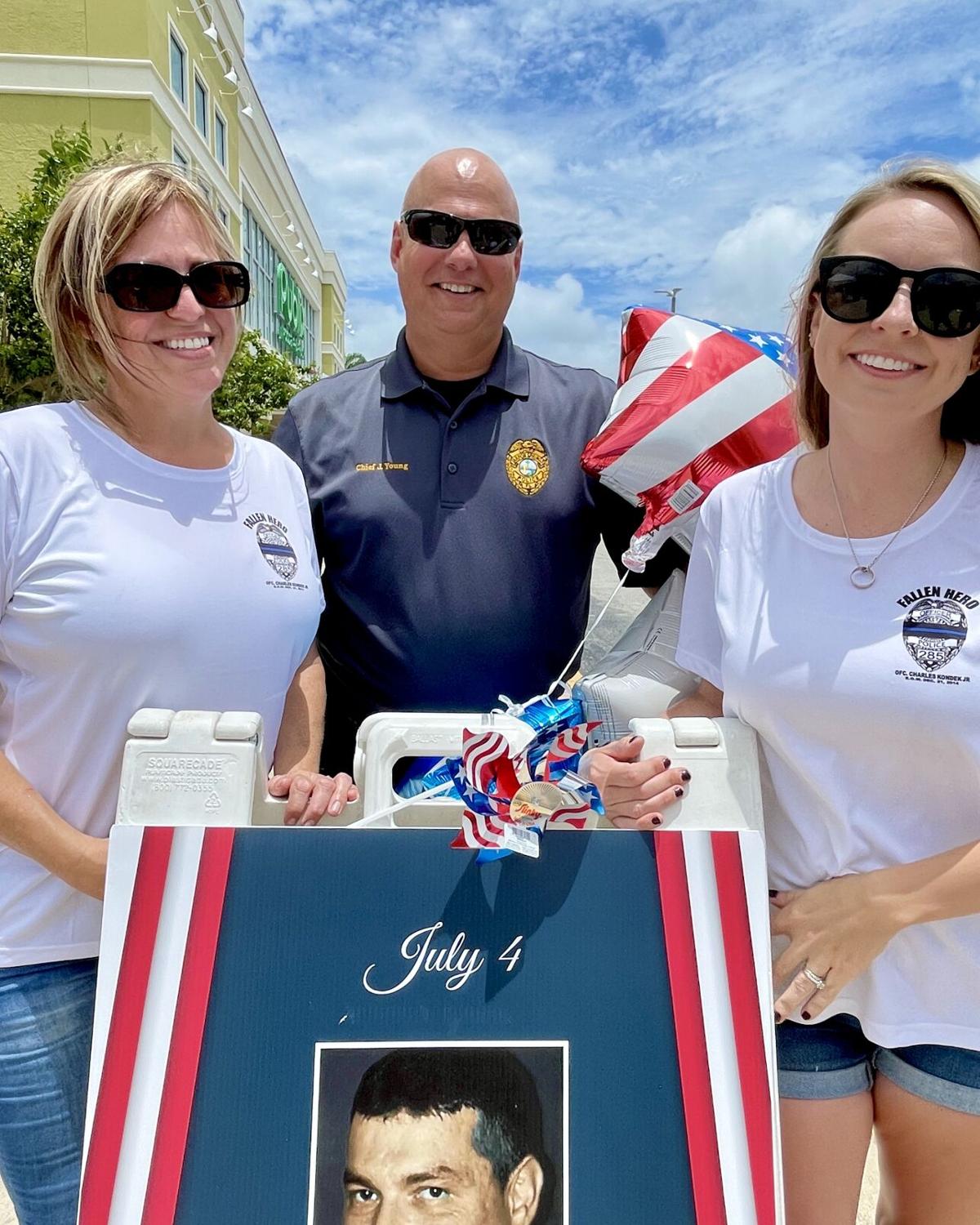 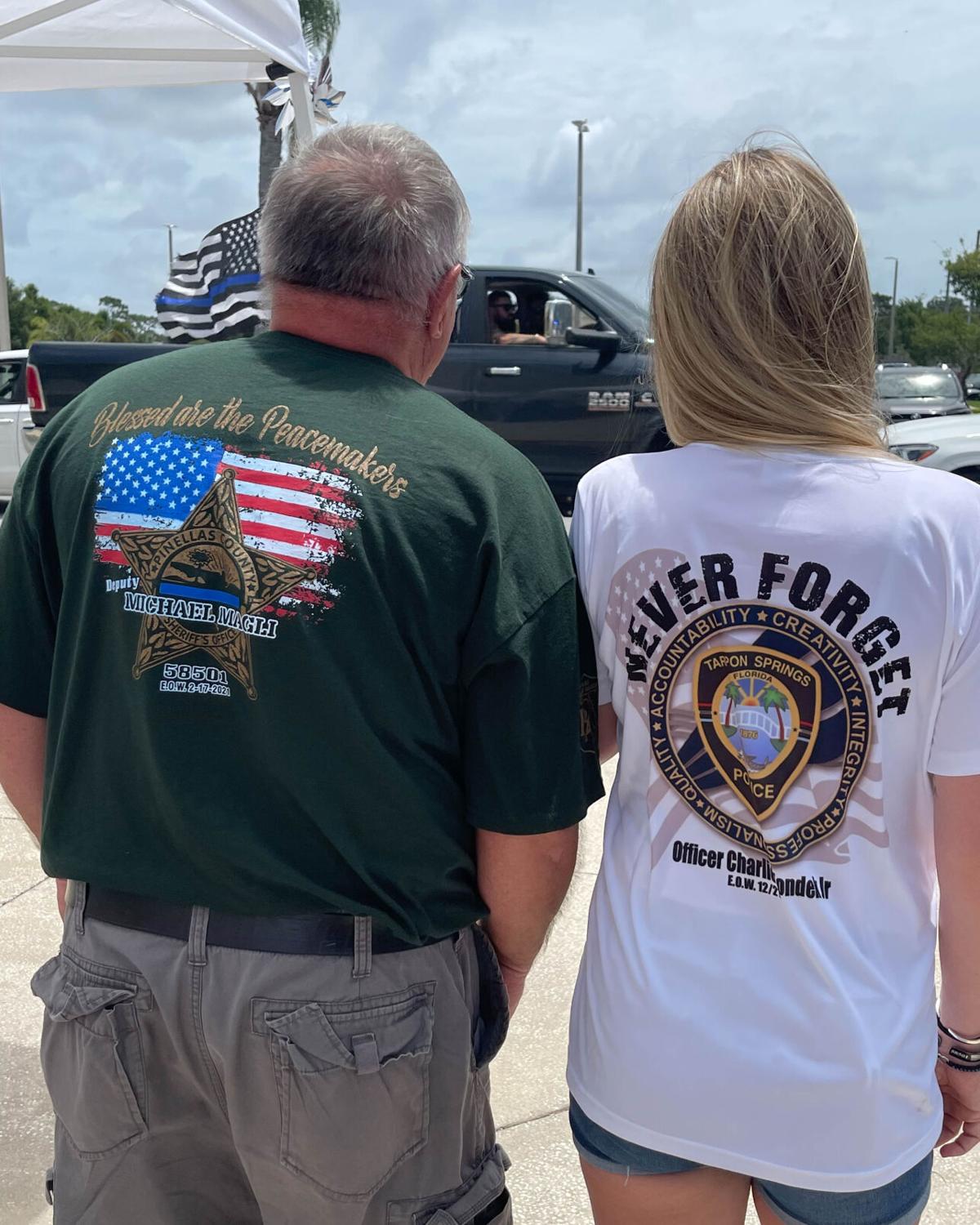 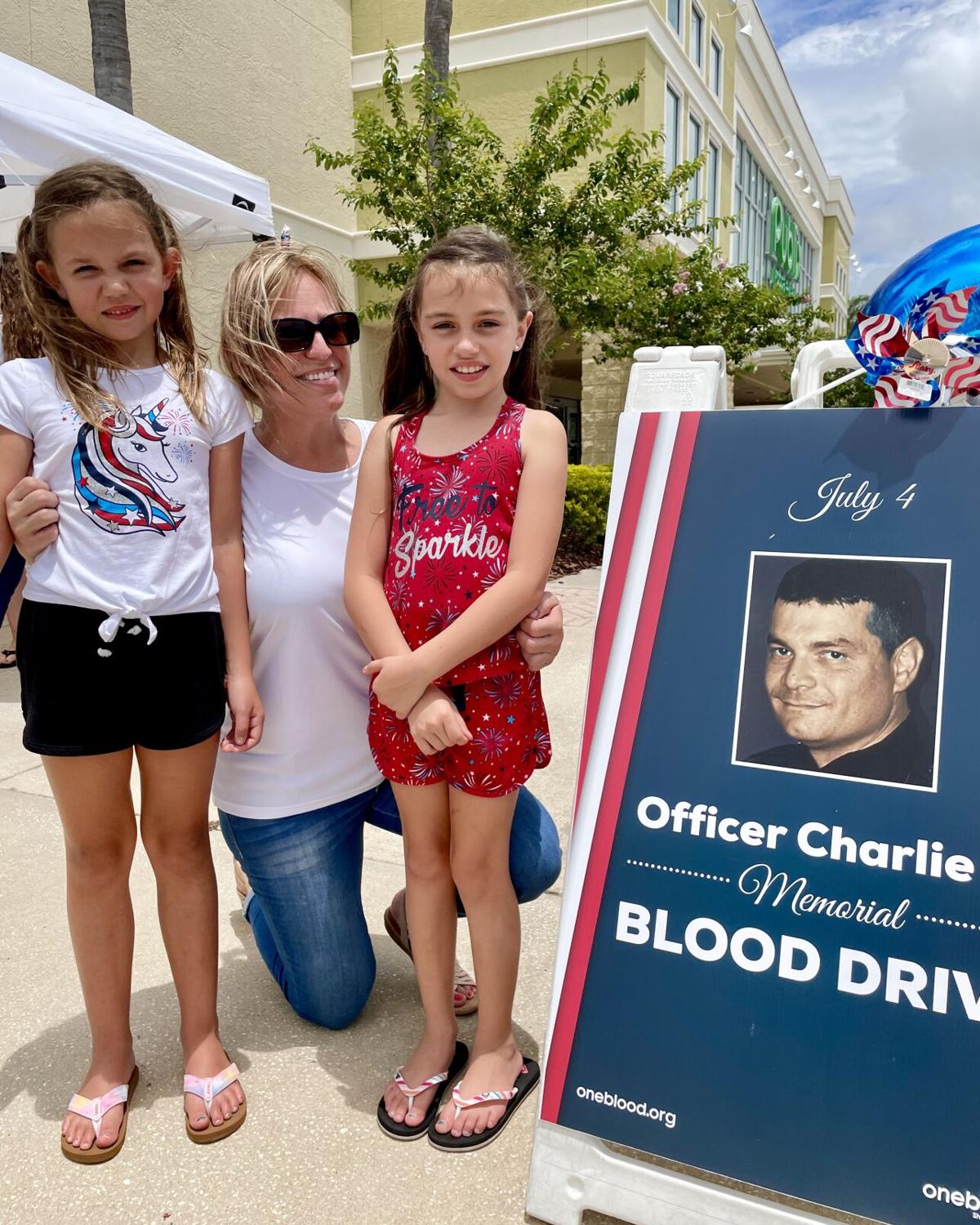 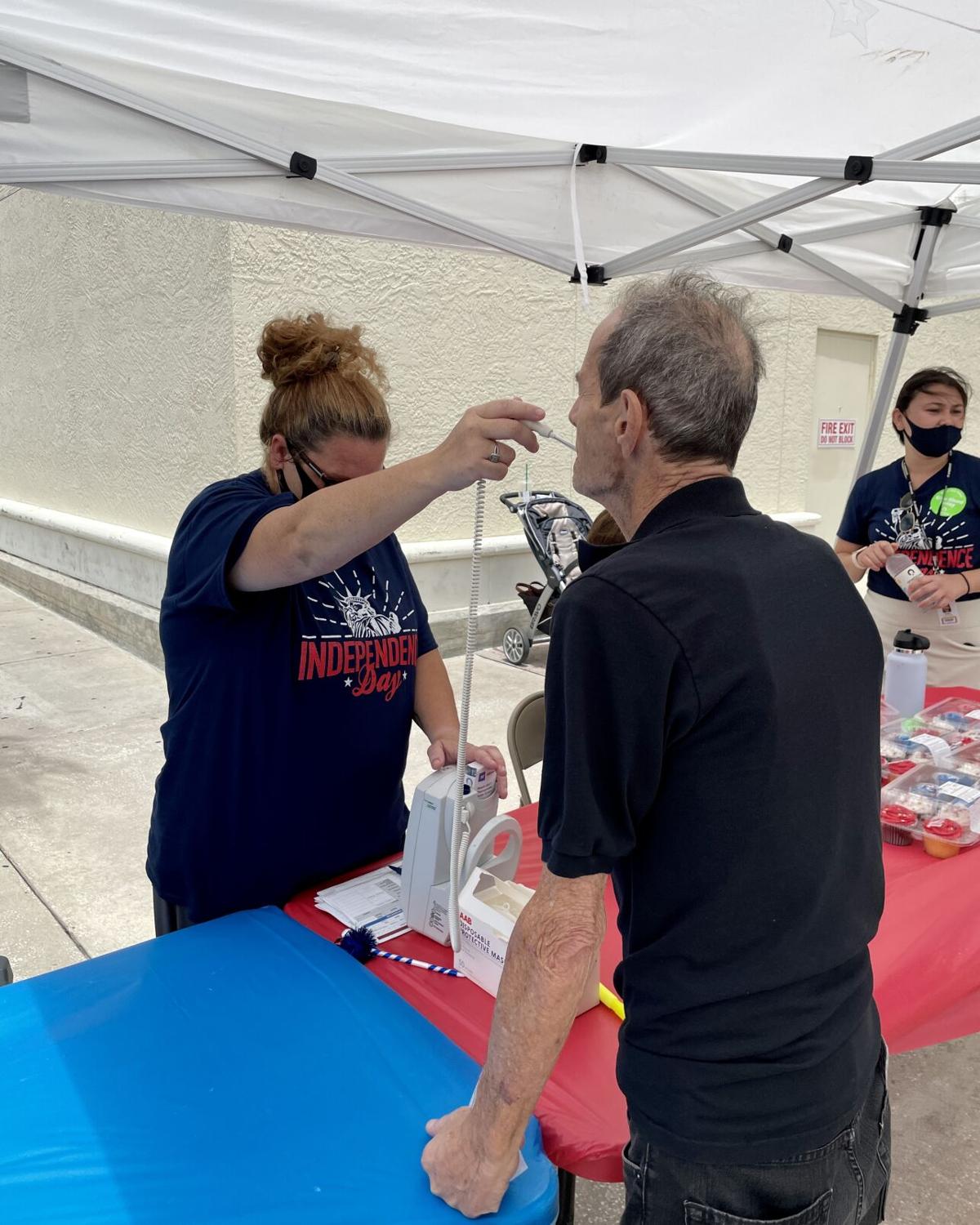 A volunteer takes the temperature of a donor during the fourth annual Officer Charlie K. Memorial Blood Drive 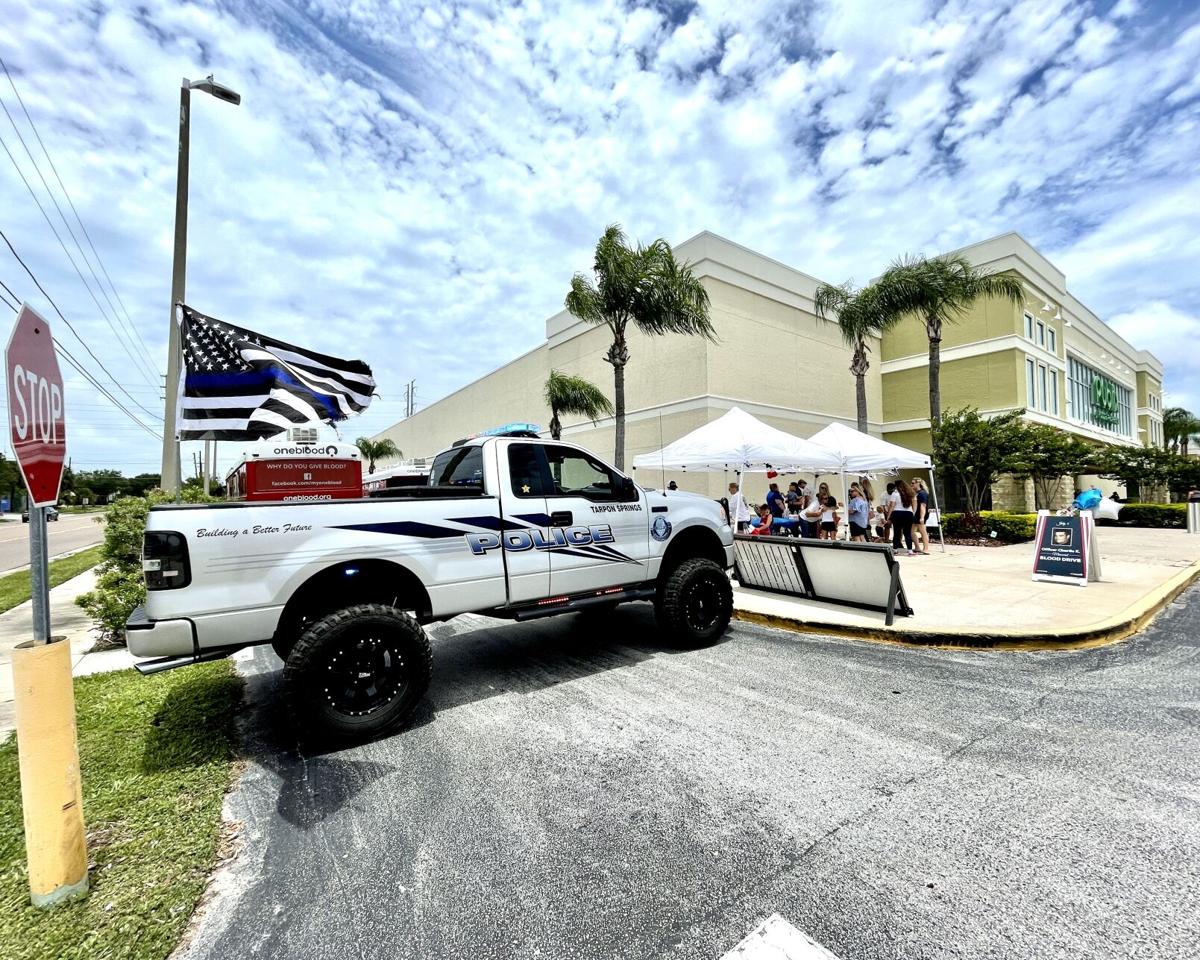 The annual Officer Charlie K. Memorial Blood Drive was held in the Publix parking lot on U.S. 19 in Tarpon Springs on Sunday, July 4, and collected enough blood to save 189 lives, according to organizer Teresa Kondek. 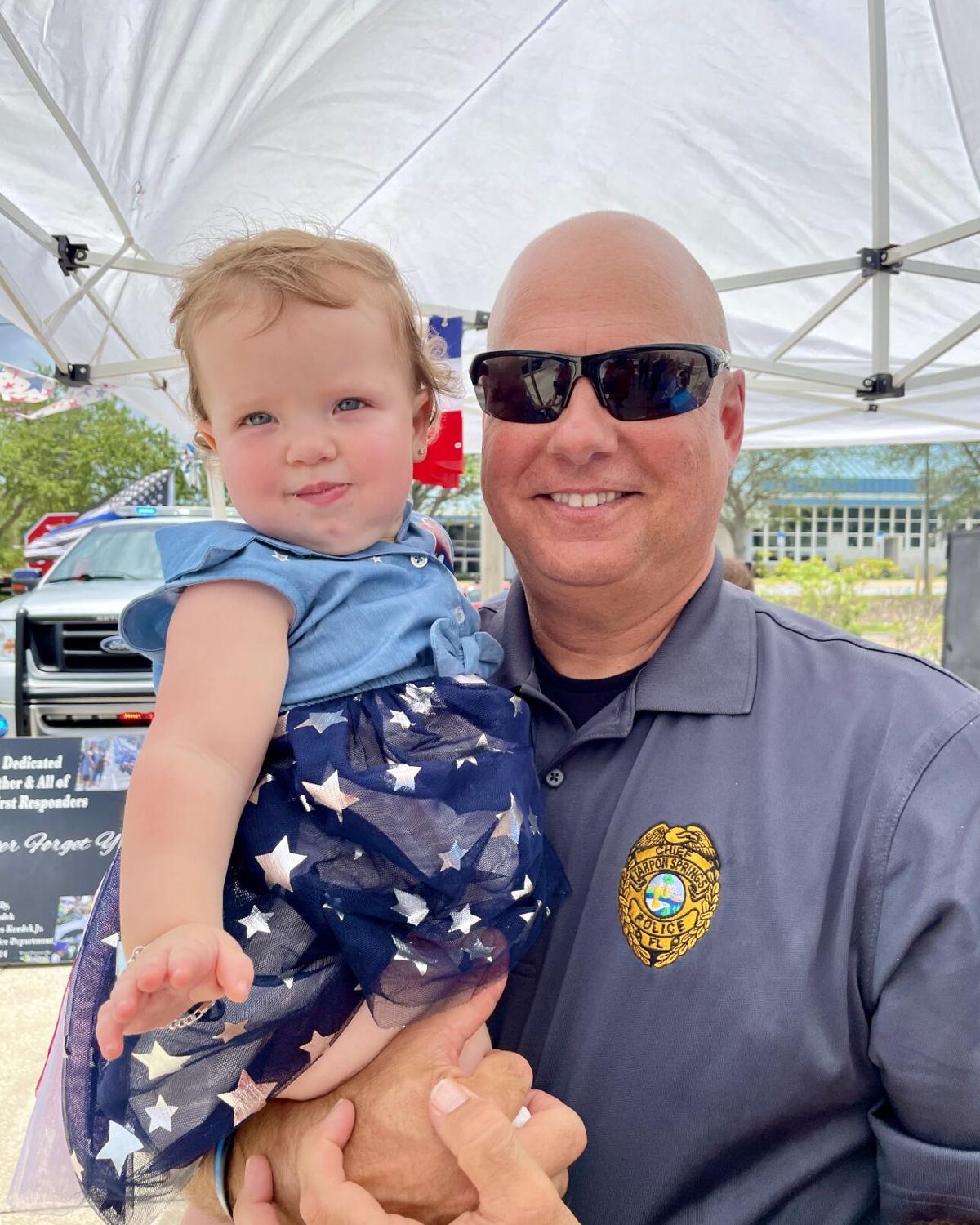 A volunteer takes the temperature of a donor during the fourth annual Officer Charlie K. Memorial Blood Drive

The annual Officer Charlie K. Memorial Blood Drive was held in the Publix parking lot on U.S. 19 in Tarpon Springs on Sunday, July 4, and collected enough blood to save 189 lives, according to organizer Teresa Kondek.

TARPON SPRINGS — For the past four years, Teresa Kondek has hosted a blood drive on July 4, the birthday of her late husband, Tarpon Springs Police Officer Charles Kondek.

Officer Kondek was killed in the line of duty on Dec. 21, 2014, and hosting the event on Independence Day has been her way of giving back to the community while honoring her husband’s memory.

The 2021 edition of the Officer Charlie K. Memorial Blood Drive, hosted in conjunction with One Blood of Pinellas County, was held on Sunday, July 4, in the Publix parking lot on U.S. Highway 19, and while the event received typically excellent support from the community, this year Teresa Kondek was also joined by Stephanie Magli, the widow of Pinellas County Sheriff’s Deputy Michael James Magli, who was killed in the line of duty when he was run over by a fleeing drunken driver on nearby East Lake Road on Feb. 17.

Kondek explained how she formed a friendship with Magli after attending her husband’s memorial service, and she said she encouraged Stephanie to come to the event as part of the healing process.

According to Magli, her relationship with Teresa Kondek quickly turned into a familiar bond.

“Our relationship has formed naturally because with her and her family, they get it. They understand,” Stephanie Magli said of the unspeakable pain and grief their families have suffered. “Every one of them lived it. So, if I break down crying in the middle of the day, they understand, and if I’m feeling lonely and don’t have anyone to call, now I do.”

Magli also praised the support they have both received from their husbands’ respective departments.

“Tarpon has been amazing to her family and Pinellas County amazing to mine,” she said.

Indeed, Tarpon Springs Police Chief Jeffrey Young was one of the many supporters who stopped by the blood drive on the holiday, holding Magli’s 14-month-old daughter, Reagan, during one visit to the site.

“Teresa understands that whatever she and her family needs, we’ll always be here for her,” Chief Young said. “And the same goes for Stephanie and her kids.”

For her part, Kondek said she was “so grateful for those who take the time to donate each year,” noting this year’s event saw “enough blood collected to save 189 lives, which is incredible! Being able to save a life and celebrate Charlie’s birthday is something we are proud to be a part of.

“This year having Stephanie attend the event with us made our day even more special,” she added. “Over the past few months our families have created a bond that is unexplainable. The reason we know each other is tragic but I can’t imagine my life now without her and the girls.”

Magli was quick to thank Kondek for being there for her during an incredibly difficult time in her life.

“This is all new for us,” she said, noting, “last year we were celebrating the Fourth with our newborn daughter, and this year I stopped by the cemetery on the way here because I still can’t believe he’s gone. “You have to find the strength you didn’t know existed and you have to find your own path,” Magli added. “But to have someone who lived it and gets it, that’s been invaluable for me and the girls.”