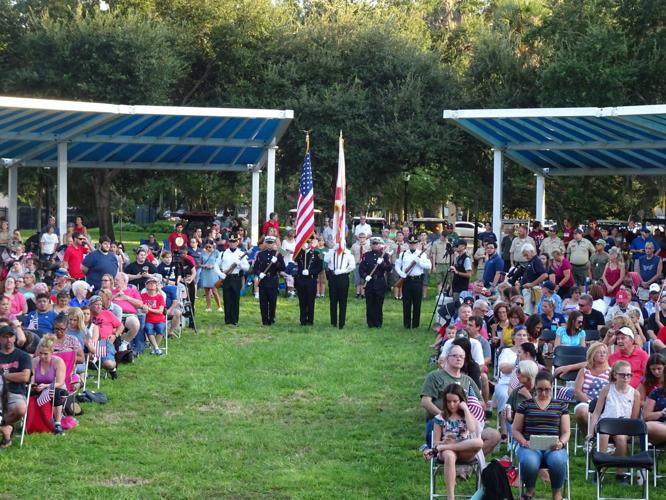 The city of New Port Richey has hosted a Sept. 11 memorial service each year since the attacks in 2001. This year, the memorial service will take place at 1:30 p.m. Sunday, Sept. 11, in Sims Park. Seating will be limited, and attendees are encouraged to bring chairs. 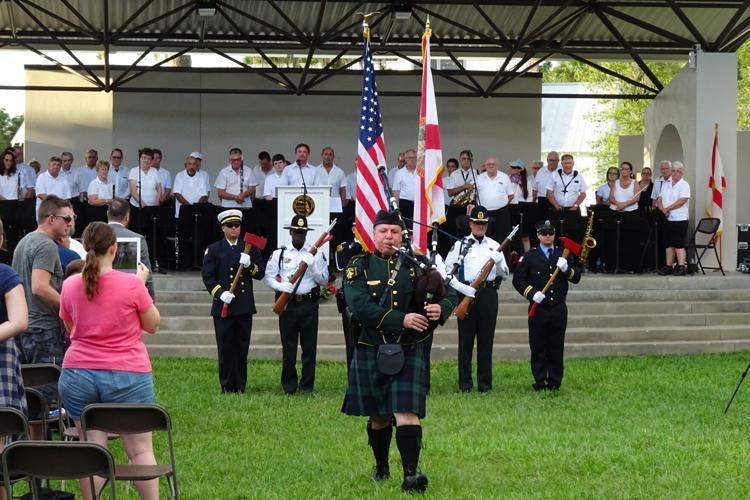 The Sims Park 9/11 memorial service will honor the fallen heroes and will be shortened to allow visitors to check out the last day of the Tunnels to Towers Foundation mobile exhibit. 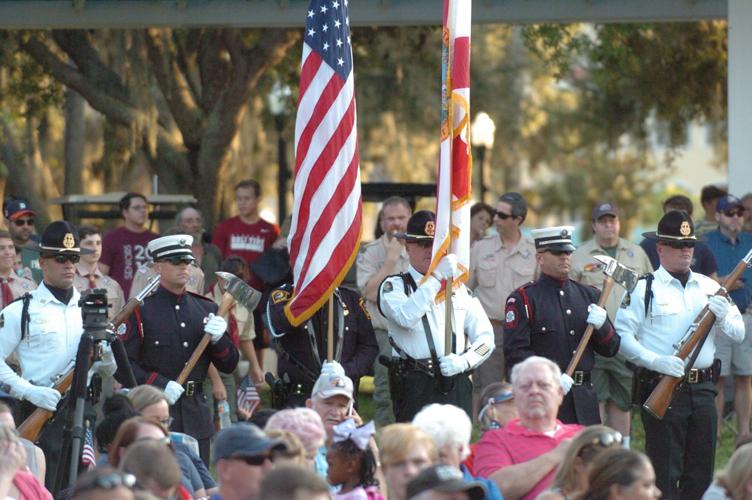 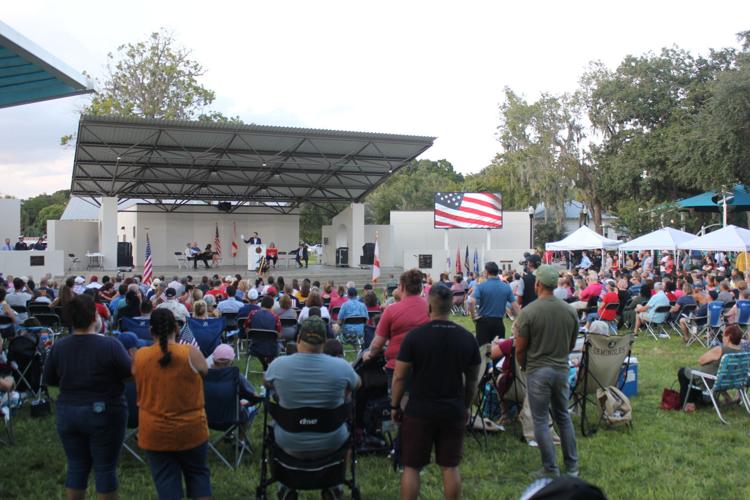 The city of New Port Richey has hosted a Sept. 11 memorial service each year since the attacks in 2001. This year, the memorial service will take place at 1:30 p.m. Sunday, Sept. 11, in Sims Park. Seating will be limited, and attendees are encouraged to bring chairs.

The Sims Park 9/11 memorial service will honor the fallen heroes and will be shortened to allow visitors to check out the last day of the Tunnels to Towers Foundation mobile exhibit.

NEW PORT RICHEY — A traveling 9/11 exhibit is making an appearance in Sims Park for a few days this week to educate and commemorate the fallen heroes who lost their lives.

At 9 a.m. Friday, Mayor Rob Marlowe will present a key to the city to the Tunnels to Towers Foundation, and exhibit sponsor John Gillis of Friendly Kia will speak on the importance of remembering 9/11. A group of Somber Walkers will be visiting the exhibit Saturday morning when it opens, and the city of New Port Richey recommends non-participants attend later in the morning.

Following the exhibit, the city of New Port Richey will host a memorial service in Sims Park at 1:30 p.m. Sunday, Sept. 11.

“We’ve been doing this event since 2001, the very first time we had a memorial there was 17 days later,” said Heather Fiorentino, chairman of the city’s 9/11 committee. “We swore that Pasco will never forget. We’ve had people come speak who were in the Pentagon, in the towers who survived, a pilot who was in the air, and a member of the CIA who gave us history behind the scenes of what was going on, and the coast guard who did the rescues. We’ve never forgotten, and to have the exhibit come down here is extremely exciting because this is history.”

Fiorentino said that the public is welcome at 10 a.m. Thursday, Sept. 8, to line up on Grand Boulevard and Orange Lake to watch the mobile exhibit arrive in Sims Park, which will be escorted by police on their motorcycles and a couple of military vehicles. It’s not a parade and will not stop traffic, she added, but it would be a nice way to welcome these heroes into town.

The exhibit is a 53-foot semitractor-trailer than transforms into a 1,000-square foot exhibit that chronicles the towers from when they were built to the first attack in 1993 to the tragic day on Sept. 11, 2001, and the aftermath. It also includes the attack at the Pentagon and Shanksville, Pennsylvania.

The exhibit immerses visitors of the tragedy that occurred, where displays show pieces that firefighters found at Ground Zero, the gear that first responders wore, melted metal picked up, and pieces of firetrucks. Televisions even show the news broadcasts from Sept. 11.

Visitors are guided through the exhibit by Fire Department of New York firefighters who share their accounts of what they experienced on the day. John LaBarbera, a Tunnels to Towers Foundation board member, is a retired FDNY Battalion Chief who remembers being off duty and at the gym when the first plane hit the towers.

LaBarbera said he jumped in his car and took the Staten Island Ferry to Manhattan and Ground Zero. He lost two firefighters in his company, along with his 22-year-old cousin Michael D’Auria, who was with Engine 40 located in mid-town Manhattan. D’Auria was only the job for a few months, and nobody from his firehouse came home.

“It’s very emotional for us; we all lost a lot of good buddies and family,” LaBarbera said. “As you walk up into another room (of the exhibit), we have photos of the new tower and of the memorials at the World Trade Center, at the Pentagon, and at Shanksville.”

A wall in the exhibit lists the 343 firefighters, 80 to 90 police officers, and 1,000 first responders who have died from cancer post-9/11. LaBarbera added that in a matter of months, the number of deaths related to 9/11 cancer will surpass the number of deaths on that day.

“Most people by the time they get all the way through, are in tears,” LaBarbera said. “It’s very emotional and educational because it tells you what happened, and what happened afterwards. The folks are so appreciative because a lot of them don’t have the wherewithal to get to New York to see the museum.”

The Foundation promises to never forget the sacrifice of those involved on 9/11, and part of its mission is to build mortgage-free smart homes for injured veterans and first responders, provide mortgage-free homes for surviving spouses with young children, and pay off the mortgage of fallen law enforcement officers and firefighters who lose their lives in the line of duty, or to 9/11 related illness, and leave behind young children.

The Tunnels to Towers Foundation was started by the Siller family in memory of their brother, Stephen, a FDNY firefighter who lost his life rushing on foot through the Brooklyn Battery Tunnel on his way to the Twin Towers. The exhibit is similar to the one in New York and travels across the country on a mission to make sure no one forgets and to educate the children and young adults who were born after the attack.