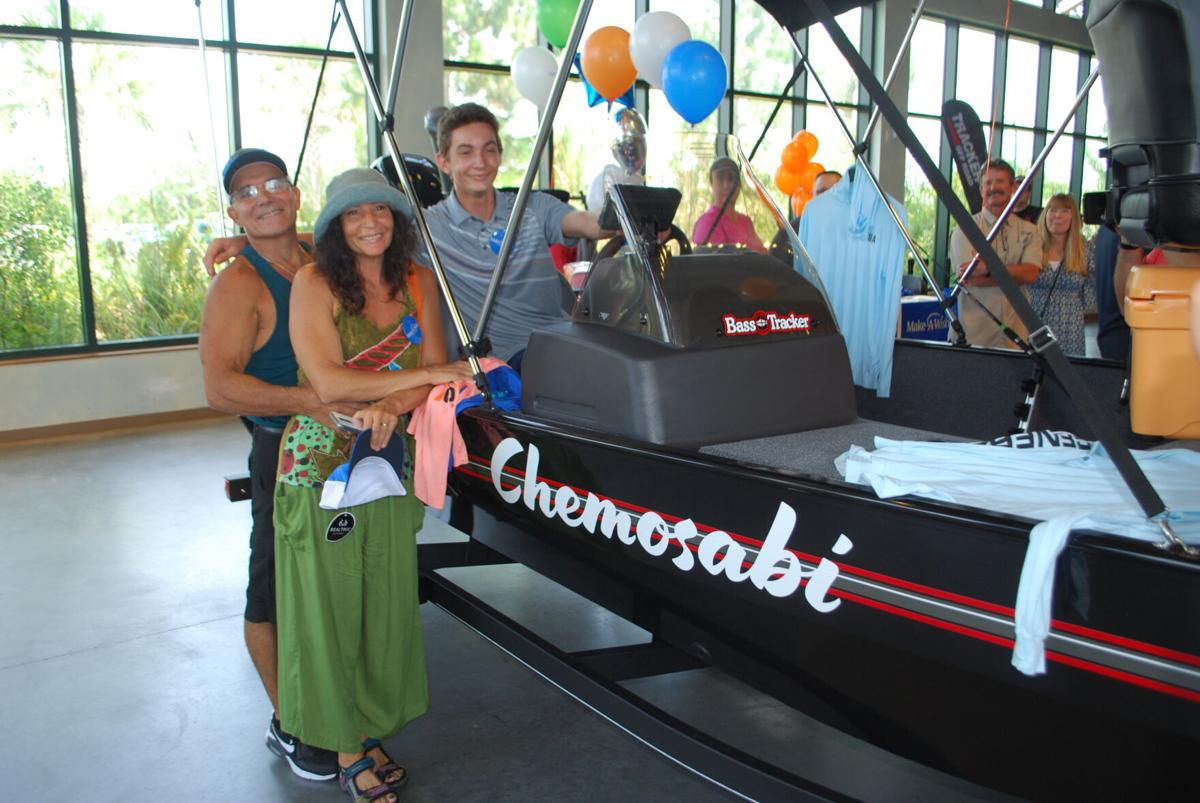 Victor poses with his new boat ‘Chemosabi’ with his mom and dad. 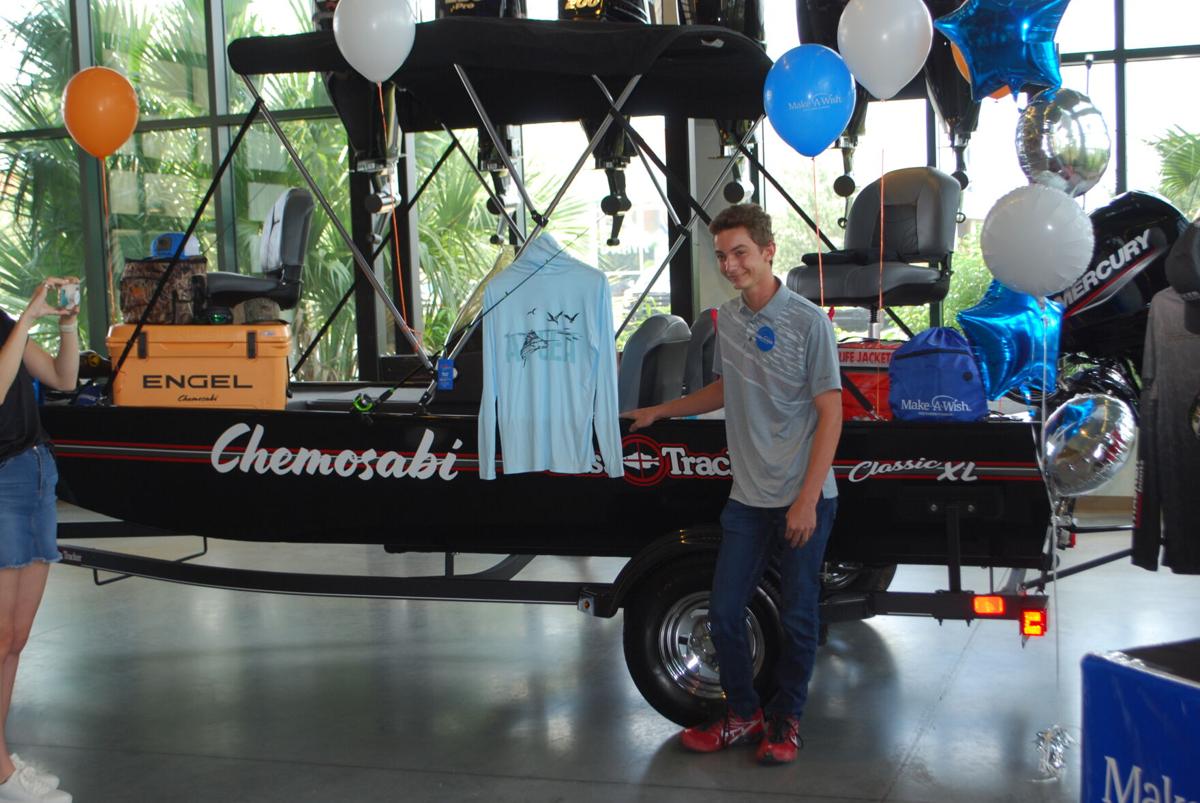 Victor Voras overcame Stage 2-B of Hodgkin’s lymphoma after being diagnosed in October 2020.

Victor poses with his new boat ‘Chemosabi’ with his mom and dad.

Victor Voras overcame Stage 2-B of Hodgkin’s lymphoma after being diagnosed in October 2020.

NEW PORT RICHEY – For 18-year-old Victor Voras, school and work kept him busy like a normal teenager, but life had other plans for him when last October he discovered a suspicious lump on his throat.

Voras recalled that it didn’t hurt and it was barely visible, but a doctor’s check-up two weeks later revealed something less harmless. The doctor was concerned it could be cancerous, and told Voras and his mom, Kelly Guercio, to go to the hospital right away. A biopsy gave the lump a name: Hodgkin’s lymphoma.

“I did four rounds of chemo,” Voras said. “I was in a good attitude through the whole thing. I had a lot of people that were there for me. It was stage 2-B, it was only in my neck and chest area, and I had mild symptoms.”

Guercio remembered thinking when they visited a walk-in clinic that fateful day, that the last thing she’d be told is her son had cancer.

“It was shocking,” Guercio said. “The doctor pulled me aside so that Victor couldn’t hear, and he said, ‘I don’t want to scare you but this could be cancer. I don’t even want you to go home, I want you to go to straight to the hospital. I’m calling the emergency room and letting them know you’re on the way.’

“When we got there, they didn’t stop from the second we got to that hospital. He immediately got tested, immediately got sent up to a room, from there the next day he was being operated on. They didn’t miss a beat. They made sure everything was done quickly to make sure they knew what it was.”

A week later, the biopsy confirmed Voras had cancer. Guercio said she thought it would be a years-long ordeal.

“I never thought that they would treat him and be done in four to five months,” she added. “They were so on top of this.”

On March 11, Voras celebrated his last day of treatment, and he has been in remission since. Voras turned 18 years old in January, and being diagnosed with a rare cancer was scary, he said, adding that he leaned on his family, church and friends. According to the Mayo Clinic’s website, there are fewer than 200,000 cases of Hodgkin’s lymphoma diagnosed each year.

During treatment, the Make-A-Wish Southern Florida reached out to Voras about his wish. As a bass fishing enthusiast, growing up near a lake and spending time on the water since he was 5 years old, Voras wished for his own boat. Thanks to the generosity of City Electric Supply, the boat’s cost was underwritten by the company and given to Voras on July 24 at Bass Pro Shop in Tampa.

Voras named the black and red bass tracker “Chemosabi” after overcoming cancer. He said he was beyond ecstatic to be gifted this boat that he can spend time on the water with. The customized boat features a fish finder, spike anchor, customized lettering, tackle bag and accessories.

Wish sponsor City Electric Supply’s Regional Manager Mike Bertone said, “We wanted to make Victor’s wish come true. He’s now able to go fishing whenever he wants. My family and I were there to support Victor. Thanks to CES customers, vendors and sponsors for all of the support. It was awesome!”

Today, the Make-A-Wish Southern Florida chapter grants a wish once every 14 hours. More than 800 volunteers help the foundation with grants. Daniela Malo, Voras’ wish granter, said meeting these youth can be inspirational. Pre-COVID, wish granters would spend time with their chosen child by visiting them at home, playing games and getting to know them. Now that method has changed a bit by communicating via Facetime and sending a small gift through the mail.

“We become like extended family for them because we interact with them so much,” Malo said. “He had been waiting since January for his wish, it was a perfect celebration. He finished treatment, and he’s doing well so it was the cherry on top of his health journey.”

Through this experience, Voras said he learned how quickly life can change on you. He added that he feels normal now and is looking forward to continuing his education through trade school at Marchman Technical College. He currently works for an air conditioning company, and is thinking about owning a business one day.

“No matter what happens people will be there to care for you,” Voras said. “And if you just pray and lean on those people that are there for you, you can get through anything.”