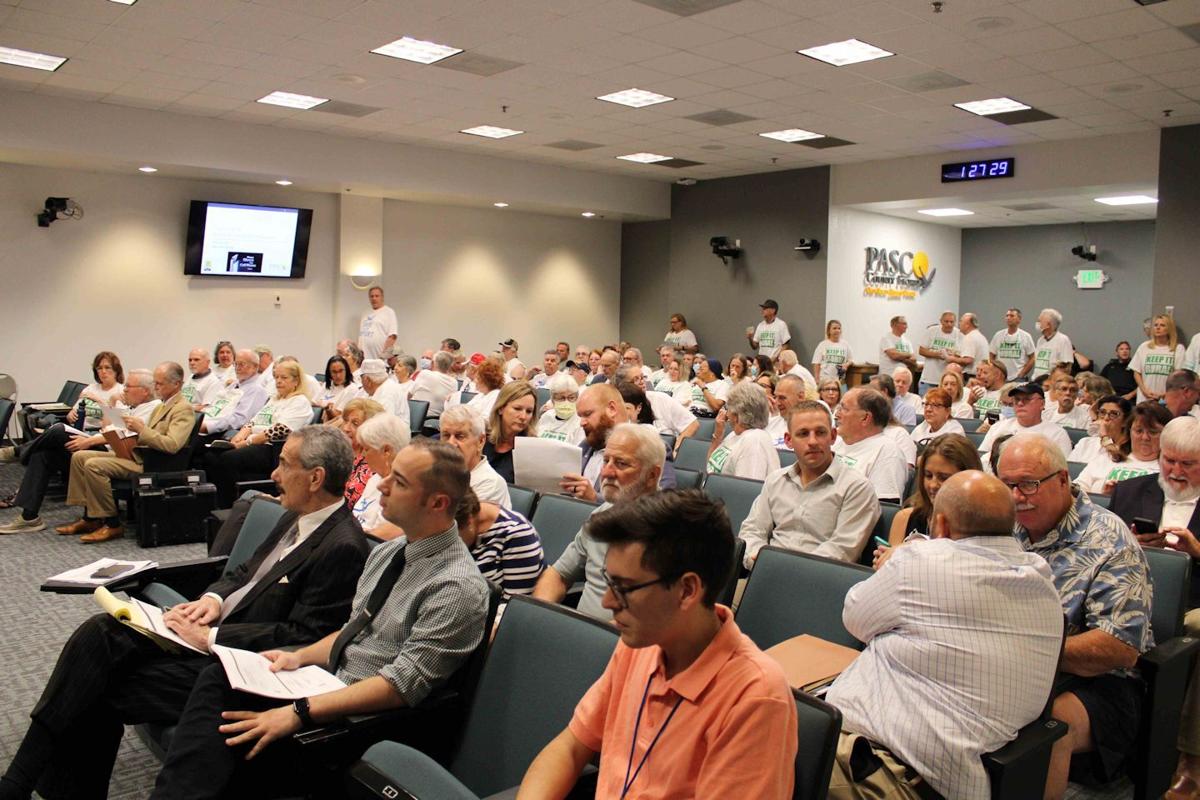 The crowd for the June 22 afternoon session nearly filled the chambers. 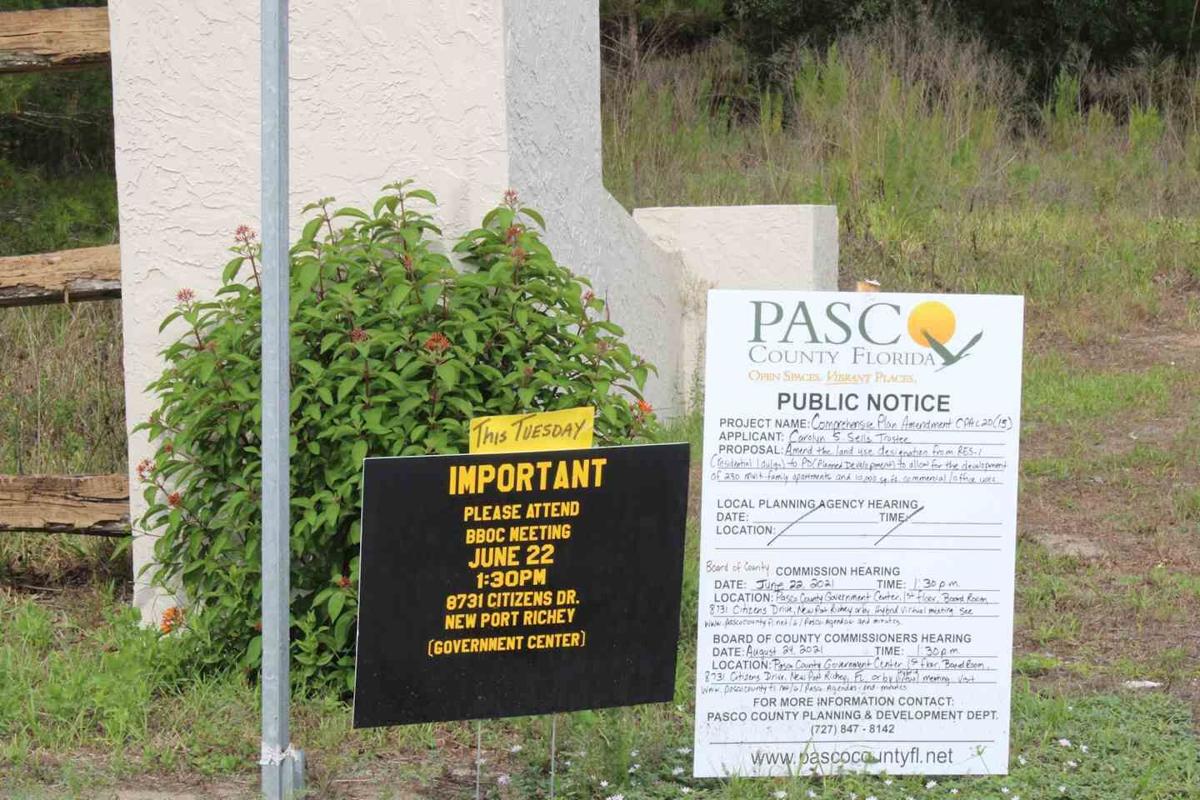 Two signs at the entrance to the community informed residents of the meeting. 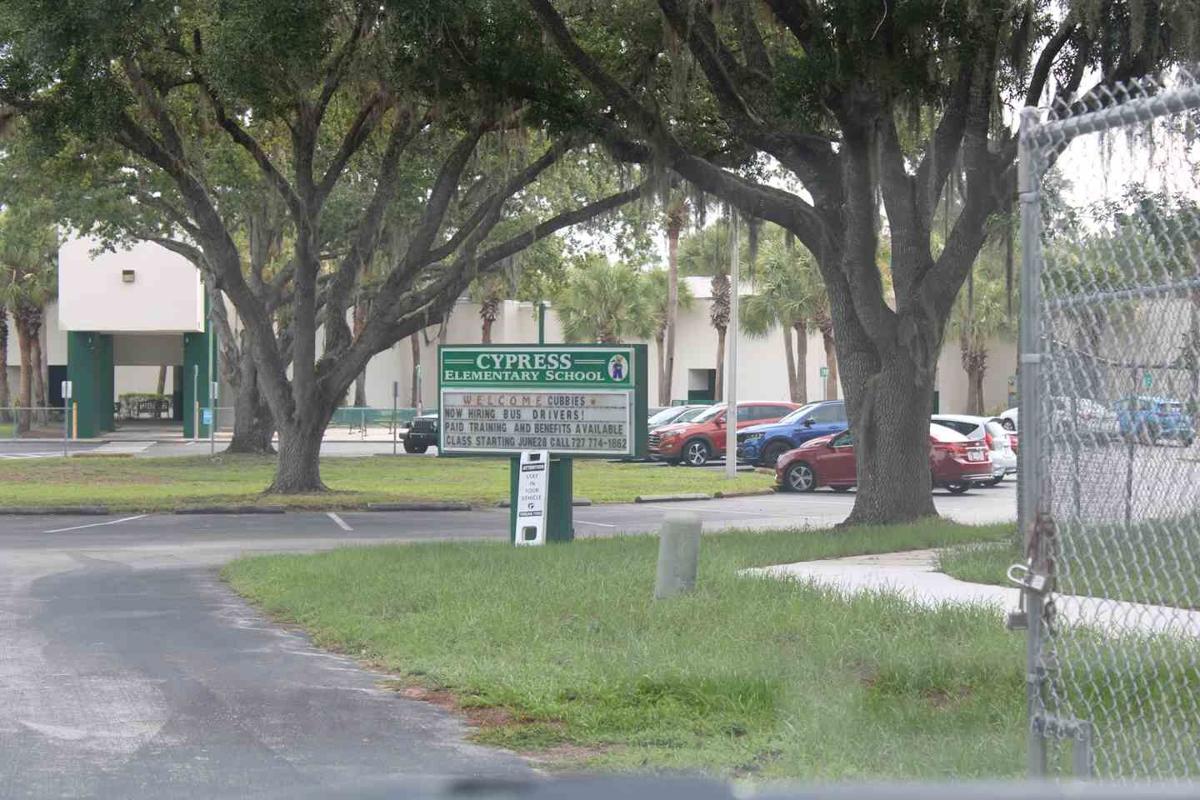 Access to and from Cypress Elementary School was a major part of the discussion on June 22. 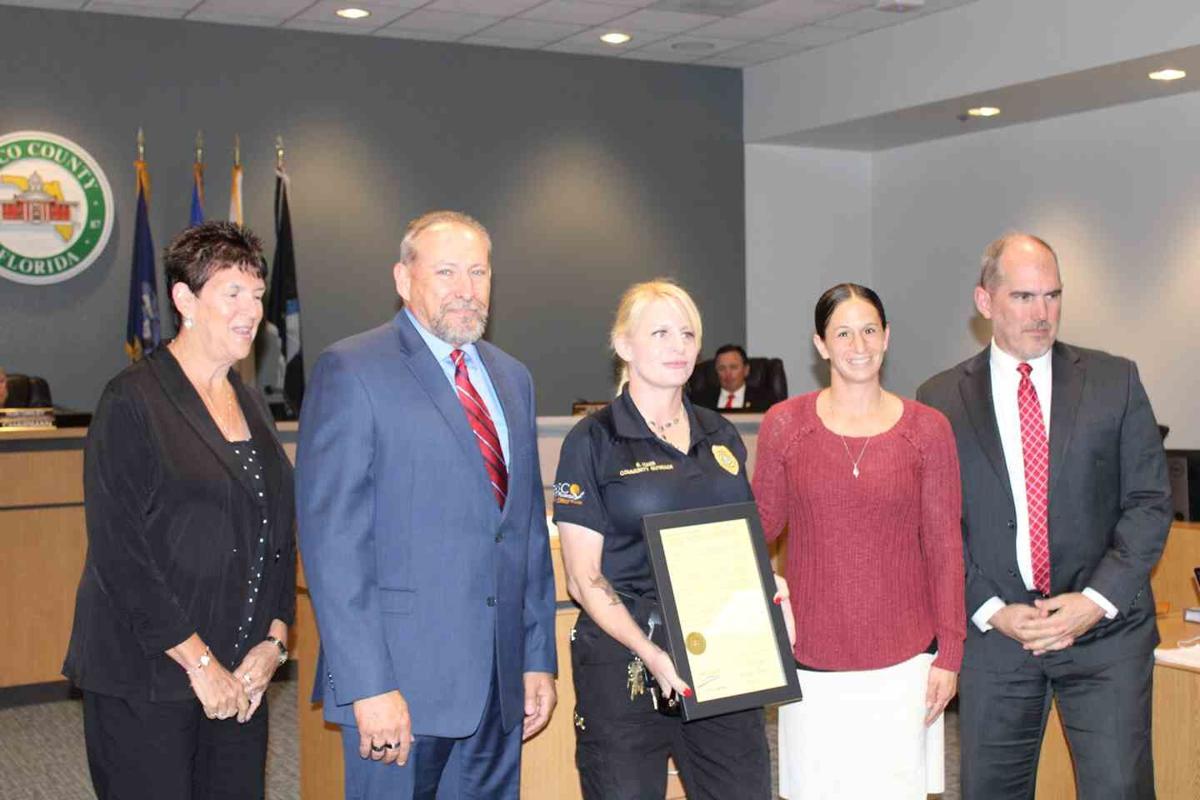 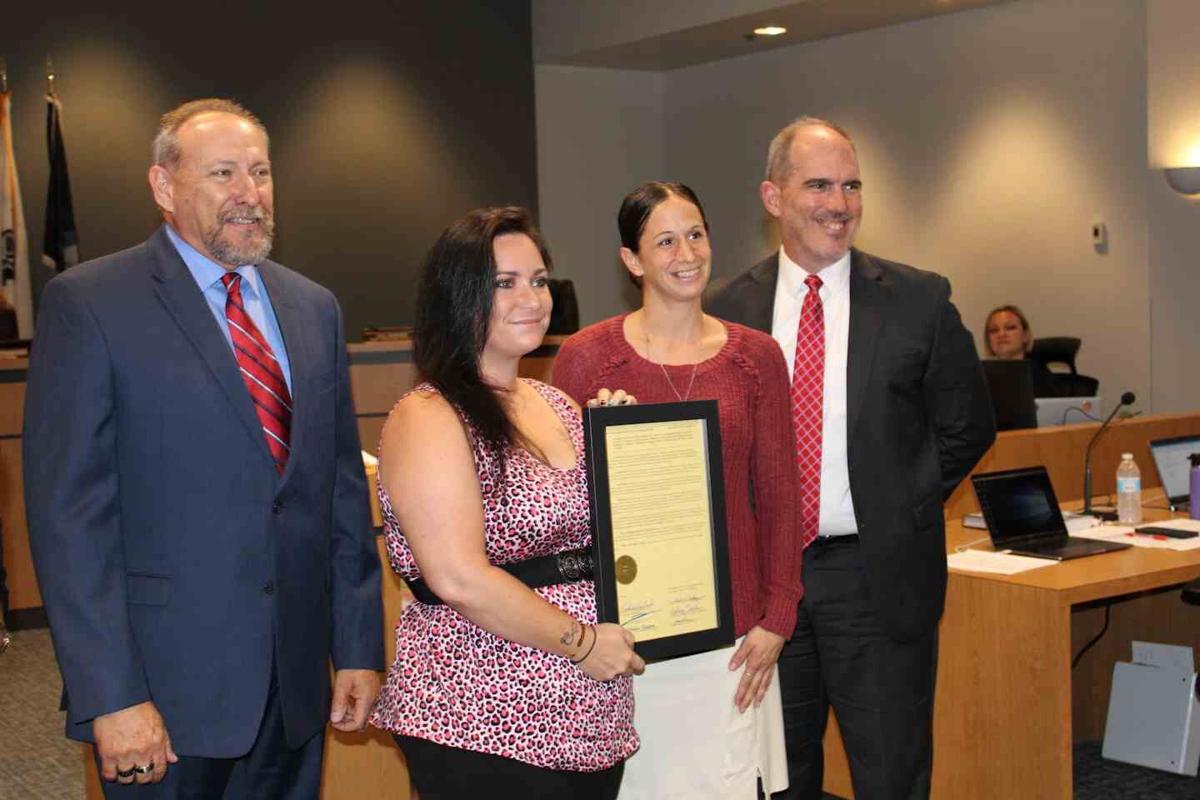 The crowd for the June 22 afternoon session nearly filled the chambers.

Two signs at the entrance to the community informed residents of the meeting.

Access to and from Cypress Elementary School was a major part of the discussion on June 22.

NEW PORT RICHEY — Residents of the Tanglewood and Hidden Lake communities expressed anger and frustration at the end of an afternoon session of the Pasco County Commission on June 22 after commissioners voted 3-2 to transmit a proposed comprehensive plan amendment to the state Department of Economic Opportunity and other agencies.

At issue is a 20.35-acre piece of land on the south side of Ridge Road accessible by Tanglewood Drive. The development of homes on one-acre sites in Tanglewood East is west of Pasco-Hernando Community College, and there is an elementary school to the east of the development.

Residents at the meeting said they were concerned about traffic, crime, overuse of narrow and winding Tanglewood Drive, overcrowding of local schools and overdevelopment on the Ridge Road corridor, especially after the connection to the Suncoast Parkway is completed soon.

It was the first commission meeting since before the COVID pandemic in which the chambers could be filled to capacity, and there was standing-room only as residents, many of them wearing T-shirts bearing the phrases “Keep It Rural” and “Save Our Airport,” filed in and kept up a steady hum of conversation amid the testimony by representatives of the developer, their own neighbors’ comments and questions by the commissioners.

Chairman Ron Oakley repeatedly warned the crowd that he would clear the chambers if people did not stop shouting remarks in response, cheering remarks by their neighbors, jeering remarks by experts brought in by the developer and expressing dismay at remarks by commissioners and county staff.

The existing future land use is RES-1, and there is one home on the property now. Conversion to Planned Development (PD) would allow 10,000 square feet of office space and 230 multifamily units in four four-story buildings, according to the agenda documents, if the change is approved.

“That is not what it is zoned for,” said Sharon Whittmer, a Tanglewood resident. “Right now it’s one home per acre, and they want to switch that to RES-24.” (RES-24 is 24 dwelling units per acre).

“It’s like putting a city in a rural neighborhood with no transition,” she said. “We’re fine with putting homes in there, and even townhomes because there’s a transition.”

Hidden Lake residents expressed concern about the development’s proximity to the Hidden Lake Airport and its traffic pattern.

The tall buildings of the proposed development wouldn’t fit in near an airport, said resident John Voda, and pose a safety hazard for aircraft in the pattern to land at the field.

The airport is a private field and not subject to many of the rules governing airfields, but the applicant’s representative, Barbara Wilhite, pointed out that the project falls outside the land-use compatibility zone for airports.

After hours of testimony, Commissioner Christina Fitzpatrick moved to transmit the change from RES-1 to Planned Development.

“You’re history!” a resident shouted at Commissioner Kathryn Starkey as she voted to second the motion.

“Quiet. Quiet,” Oakley called out as more shouts erupted from the audience.

After the vote, more shouts erupted and Oakley called for the bailiff and pounded the gavel for order.

“You’re all corrupt,” a person shouted as people left the chambers, and others vowed to vote out the commissioners.

Outside the chambers, Tanglewood resident DeLynn Gaston said she was upset and that the residents have retained an attorney and will meet with him to decide what to do.

“It’s a steppingstone,” she said of Tuesday’s vote, an injury to their community.

As for the commissioners, she added, residents were angry.

“I think people are angry enough that (Starkey and Fitzpatrick) will not be voted in,” she said.

• Commissioners received a letter dated May 21 from WUSF notifying the county that the station will not renew the Pasco County Government Channel cable agreement that expires on Dec. 31. County communications specialist Ryan Hughes said that WUSF has helped with production and sending out of videos, and nothing has been decided about the future. The county might start handling its own TV production, he said.

• The commission approved an amendment allowing the board room to be filled to its maximum, pre-COVID, capacity, and eliminating the public comment kiosks for public participation in meetings. Also, the resolution eliminates the requirement that emails and emailed attachments be read or played, and eliminates the requirement that such emails or attachments be made part of the record of the meeting. The revised rules still allow the chair, or a majority of the voting members, to authorize that specific e-mails or attachments be read or played, or “received and filed” into the record of the meeting.

• Commissioners changed a meeting date in September to avoid a conflict with the School Board’s meeting schedule. The County Commission meeting originally scheduled for Tuesday, Sept. 14, will instead be held on Monday, Sept. 13. The time will be 9 a.m. in Dade City.