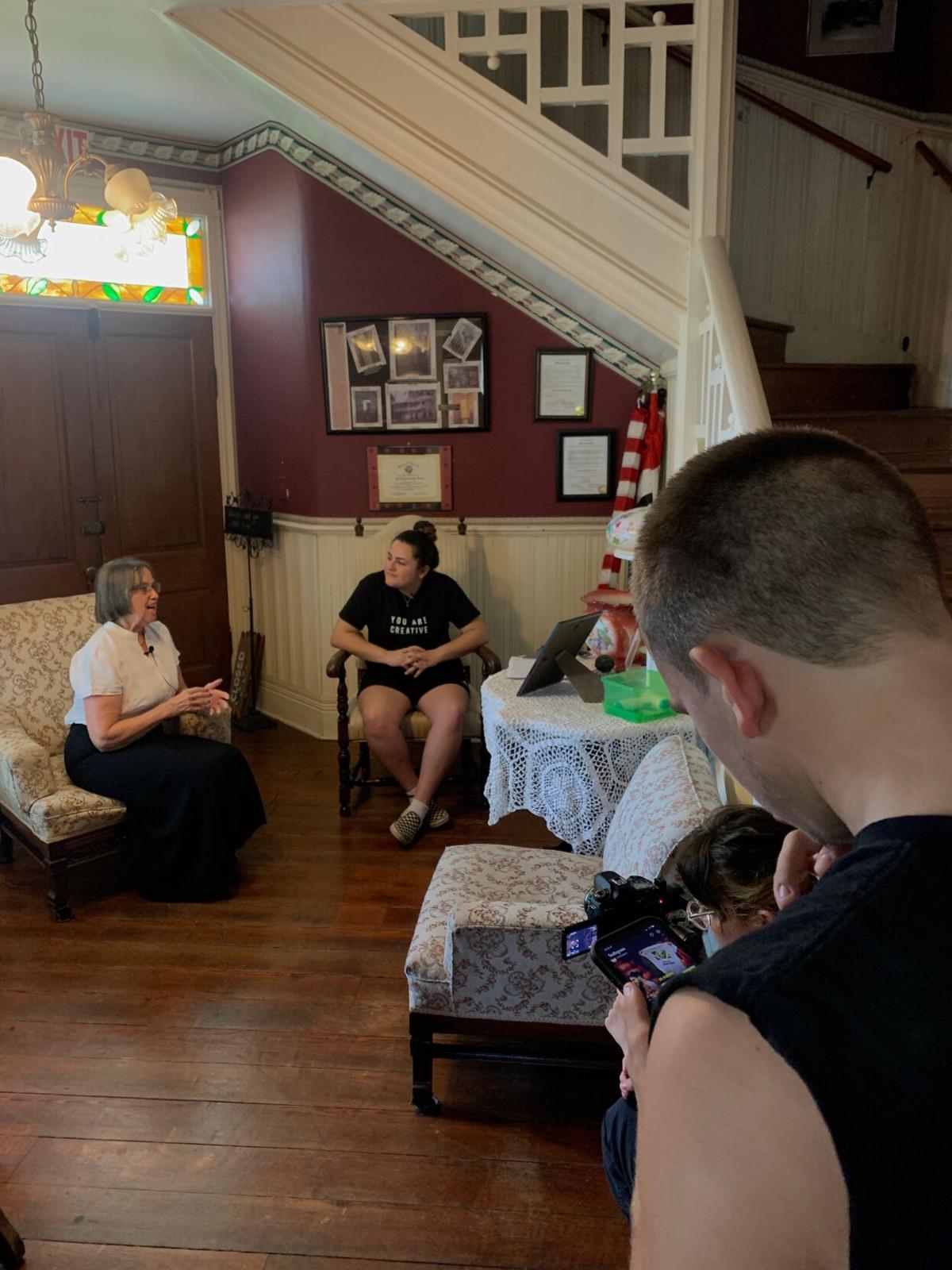 Students film at the May Stringer House as part of the new “Follow Me to Brooksville” web series. 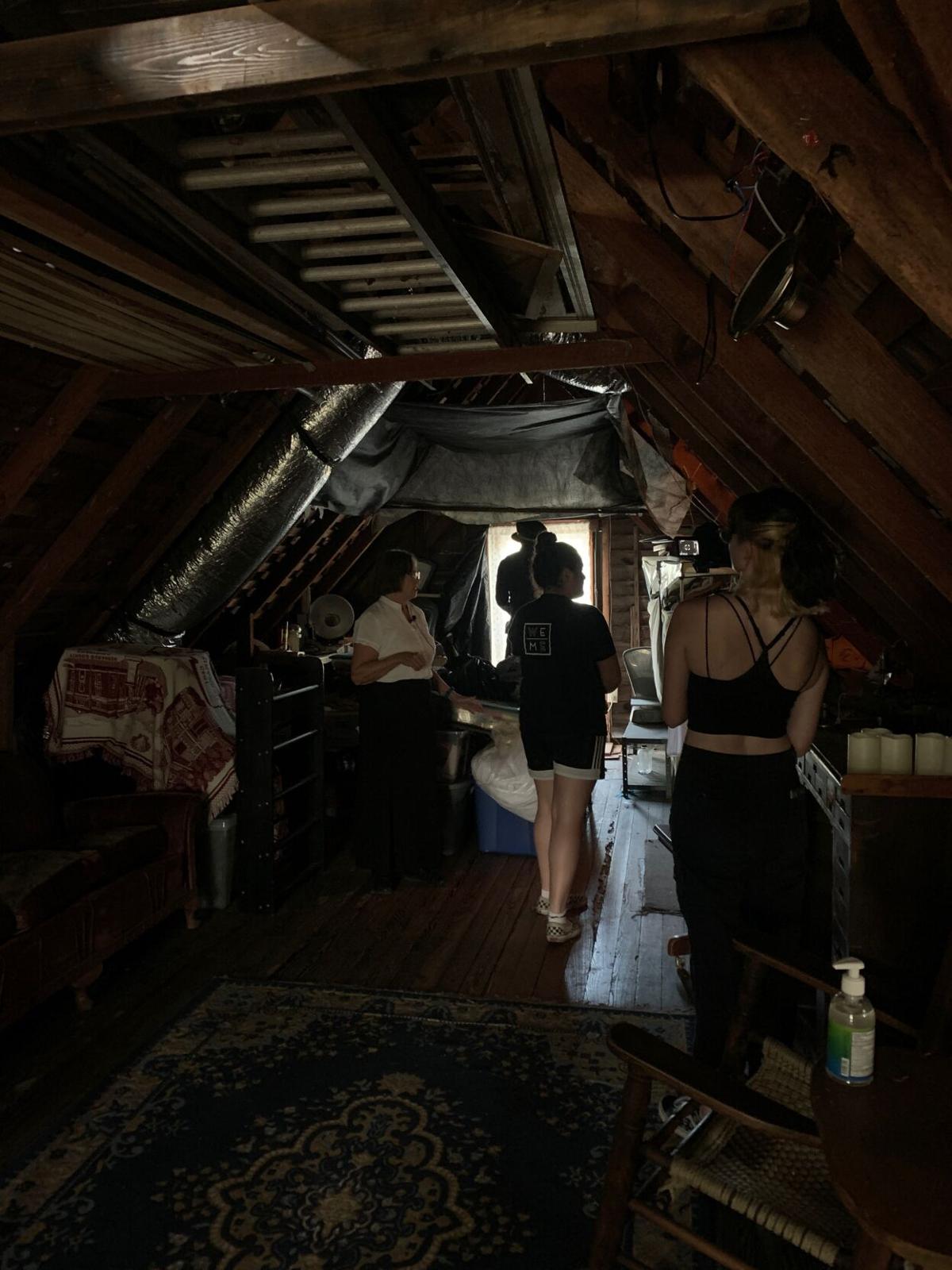 The May Stringer House episode will appear this summer on Brooksville Main Street’s Facebook page and YouTube channel. 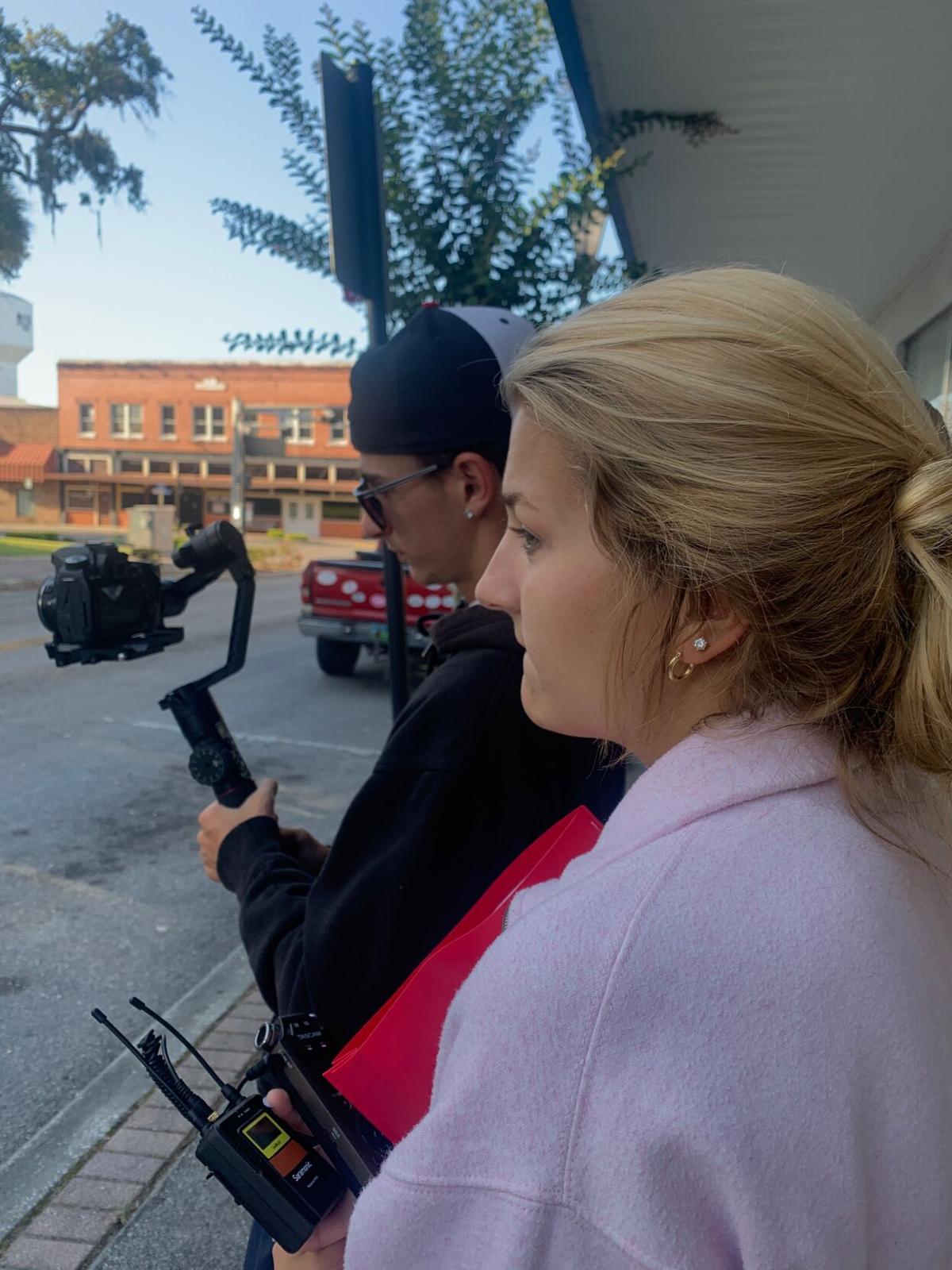 Ben Brooks and Sara Grothe are Nature Coast Technical students participating in the “Follow Me to Brooksville” series.

Students film at the May Stringer House as part of the new “Follow Me to Brooksville” web series.

The May Stringer House episode will appear this summer on Brooksville Main Street’s Facebook page and YouTube channel.

Ben Brooks and Sara Grothe are Nature Coast Technical students participating in the “Follow Me to Brooksville” series.

BROOKSVILLE — The students of Nature Coast Technical High School’s digital video production program have been working together to bring the community an inside look at some of the businesses that make up the heart of downtown.

“We’re planning to highlight local businesses in downtown, so they could be restaurants, bed and breakfasts, organizations, or professional services,” said Tina Marie Polson, events and marketing coordinator for Brooksville Main Street. “I’ve seen the first one and it’s great. When you normally see a spotlight on a business, it’s very straightforward and, ‘This is what we do,’ but they made it fun and had a cool twist to it, so I’m excited to share it with the public.”

The project was left in the experienced hands of upper-level seniors at Nature Coast, with instructor Ian Wald commenting that the students working on this project are “the best of the best.” Polson said when she met with students early in the year, each side brought their own creative ideas to the group. Throughout the brainstorming process, students came up with an entertaining layout for episodes that brings attention to Brooksville businesses. Wald said the videos being produced are akin to television shows like Food Network’s “Diners, Drive-Ins and Dives” and Anthony Bourdain’s “No Reservations.”

Wald added that from the recordings of students interviewing businesses, the owners have spoken so passionately about what they do that the challenge for students has been figuring out what to cut.

“The kids that are working on these, it’s my eighth semester with them,” Wald said. “Their transformation is remarkable. The quality of work they’re turning out is very far from amateur, it’s borderline professional.”

NCT Films plans to create 20 episodes, each of which are roughly 5-9 minutes in length. Currently, with the conclusion of the school year, Wald said he hopes to pass this project on to students next fall for the remaining nine episodes that need to be filmed.

Polson highlighted the fact that the web series is not only a great way for businesses to get exposure, but for the public to learn more about the historic significance of different locations. She explained that while working on this project, students picked up a few cool facts about Brooksville along their time filming.

“Everybody has a story as to why they opened their doors or what dream led them to have a business, so that’s the story we want to tell,” Polson said. “Some people don’t know they’re there, so in this way, we’re bringing them to light.”