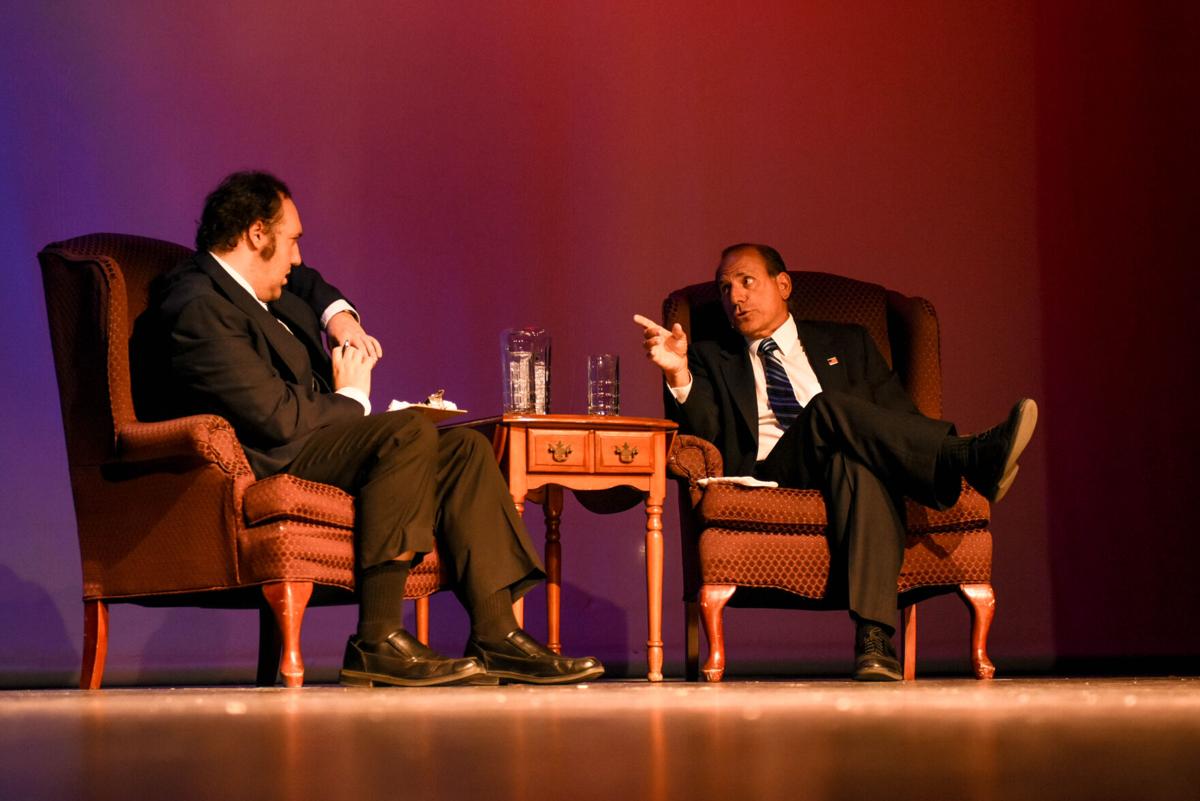 Frost and Nixon, played by Keith Surplus and Sam Petricone. 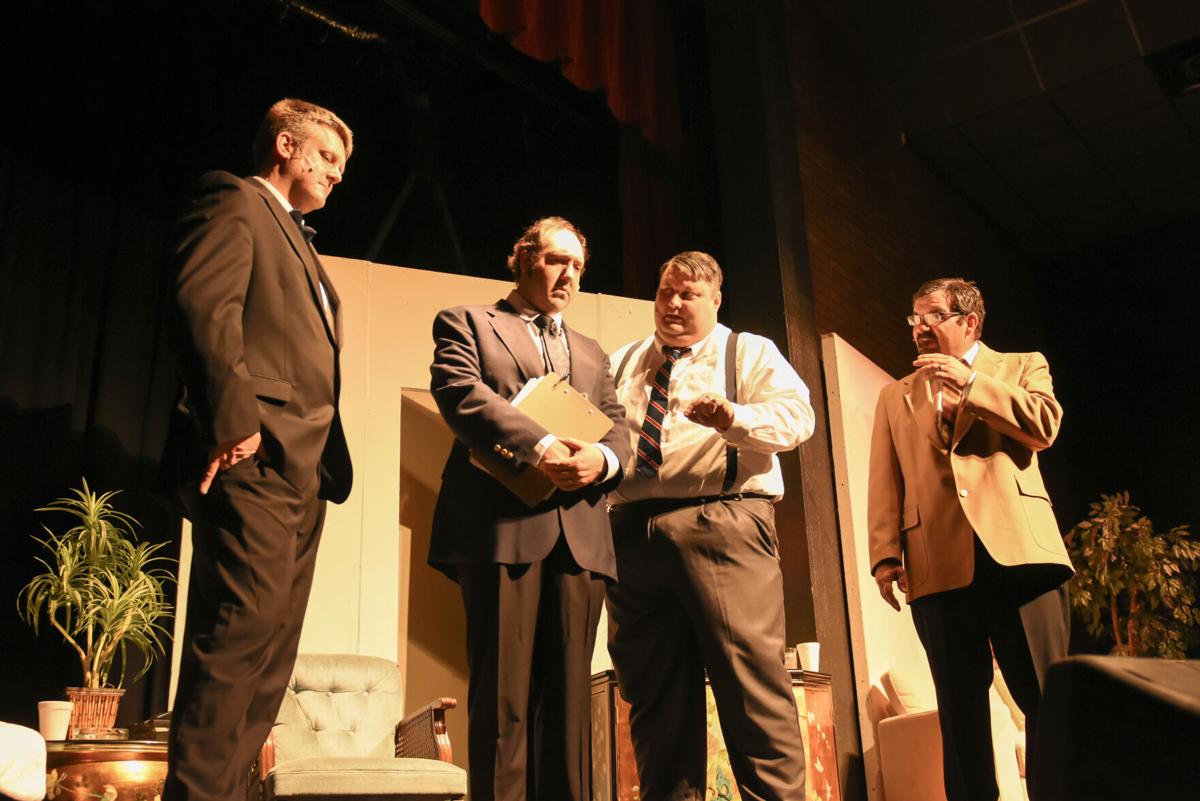 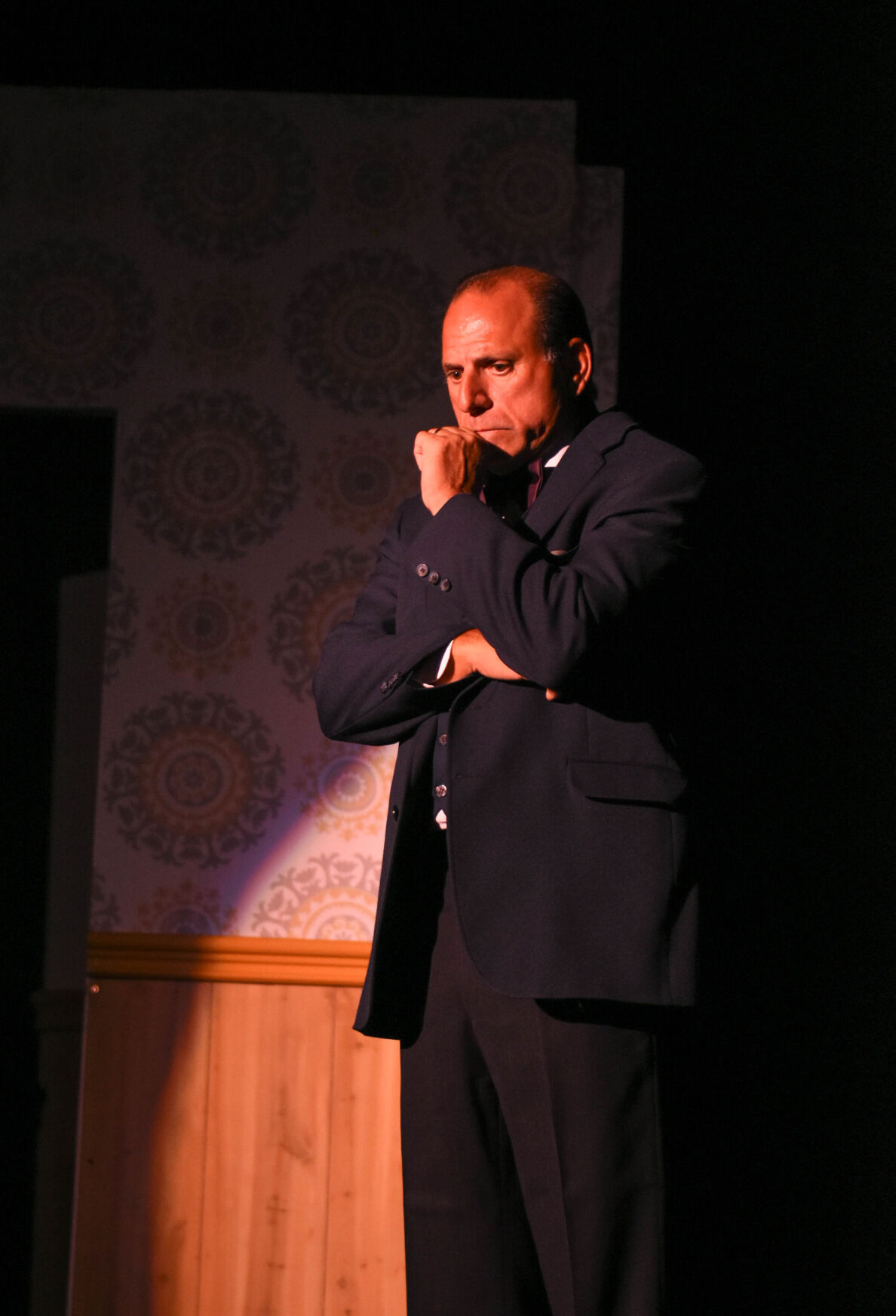 Frost and Nixon, played by Keith Surplus and Sam Petricone.

SPRING HILL — The 1977 interview between British talk-show host David Frost and former President Richard Nixon has been reinterpreted on the silver screen and on stage.

The play tells the true story of an exclusive interview between Frost and Nixon three years after he was forced out of office. Frost confronts Nixon about his time serving the country and the Watergate scandal that ended his presidency. What was revealed during the televised interview surprised the nation.

“When this whole Watergate scandal happened, everybody believed that Nixon got away with it,” Root said. “President Ford had issued him a complete pardon and he never stood trial. These interviews almost gave the country that trial they never got to get. Frost does end up getting what I think the whole country wanted to hear out of him.”

Starring in the two lead roles are Keith Surplus as David Frost and Sam Petricone as Richard Nixon. According to Root, the cast does an exceptional job at bringing this historic moment to life. Helping her throughout rehearsals is 16-year-old Assistant Director Savannah Smith, who is also a member of Stage West Playhouse’s Odyssey of the Mind team. From her experience working with Root, Smith said she picked up time management skills and learned how to bring a positive attitude to her work every day.

“It’s a phenomenal thing to watch,” Root said. “Our Nixon is amazing and we have a really talented cast. I think there are going to be moments where the audience will gasp and laugh. Nixon has some of these little quips he says.”

Social distancing will be encouraged at the theatre, and masks will be required for those who attend. Seats and everything touched during performances are sanitized after each show.