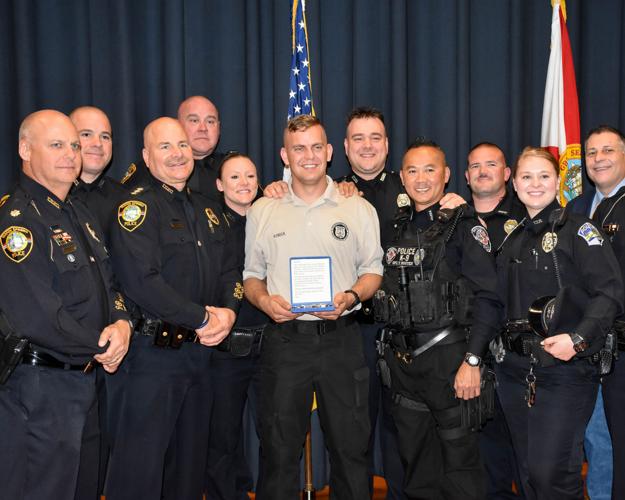 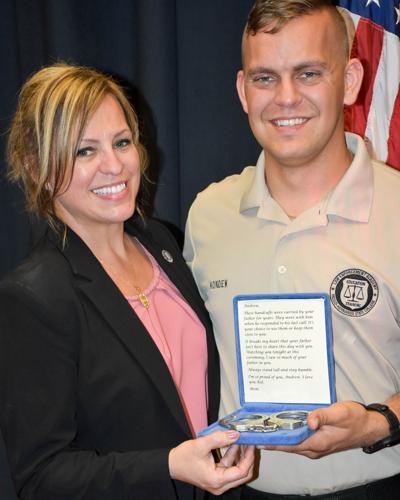 Teresa Kondek had a special gift for son Andrew Kondek for graduating from the police academy at Pasco-Hernando State College, the handcuffs Andrew’s father, Tarpon Springs Police Officer Charles Kondek Jr., had on his belt the night he was fatally shot in late 2014 while on duty. 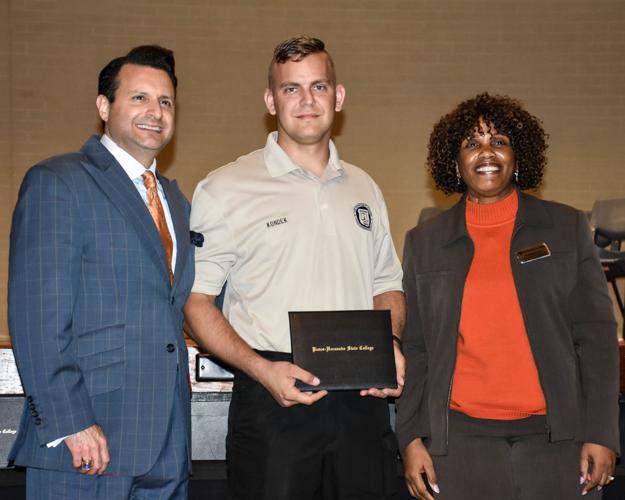 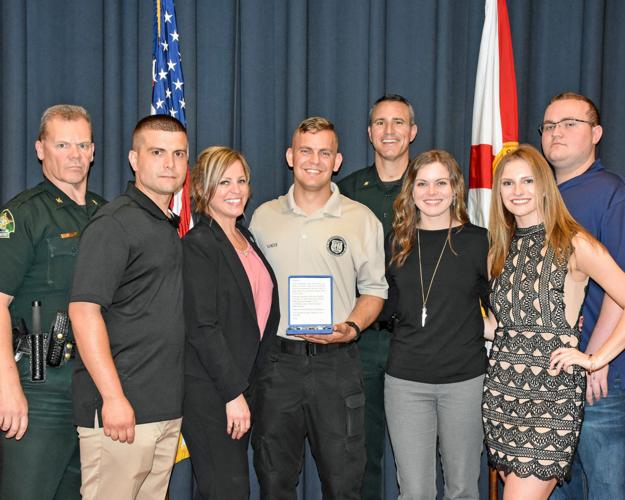 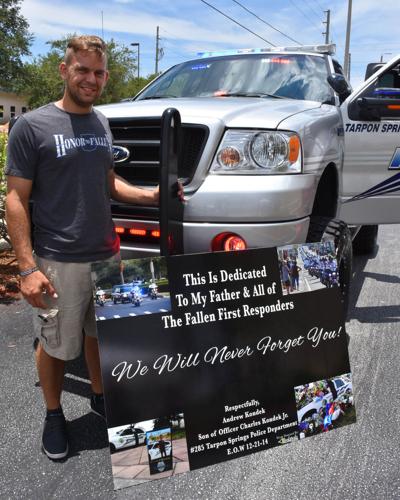 Andrew Kondek has been customizing this pickup truck, seen here in 2018, as a tribute to his slain police officer father.

Andrew Kondek has been customizing this pickup truck, seen here in 2018, as a tribute to his slain police officer father.

NEW PORT RICHEY – After Andrew Kondek’s father, Tarpon Springs Police Officer Charles “Charlie K” Kondek Jr., was killed in the line of duty in December 2014, the then 23-year-old had no desire to become a police officer.

“I didn’t really think about it either way,” he said during the inaugural Charlie Kondek Blood Drive last July. “It’s not that I refused to follow in my father’s footsteps. I just never thought about it.”

Flash forward to Feb. 13, 2019, and Andrew Kondek was one of 22 cadets from Class 107 who graduated from the Law Enforcement Academy at Pasco-Hernando State College West Campus after completing a five-month crash course in how to follow in your father’s footsteps.

Kondek said his decision to reconsider a career in law enforcement came after he started customizing, and showcasing, a pickup truck in his father’s honor soon after his death.

“Seeing the community come together after my dad’s death, and after building the truck and seeing everyone’s response to it and how much they appreciated it, it helped persuade me,” he said. “I began to realize this is what I wanted to do.”

Perhaps the last thing Teresa Kondek wanted to hear, however, was her son was enrolling in the police academy.

Since her husband was shot and killed a few days before Christmas, while investigating a noise complaint at an apartment complex in downtown Tarpon Springs, she has been trying to keep her life together while raising five children alone.

“He told me he was thinking about it a while after his dad passed away, and my initial answer was ‘no’ and I walked away,” she said. “But after it sunk in and I saw he was passionate about it, I said okay, you have to do what you believe, and I let him know I would stand behind him all the way.”

The day of the ceremony was incredibly emotional for the Kondek family, which lives in West Pasco. “I lost track of how many times I tried to stop crying,” Teresa said a day later. “I was an emotional wreck.”

As the 90-minute event unfolded, she had plenty of reasons to get worked up.

“It’s not that I refused to follow in my father’s footsteps. I just never thought about it.”

At the beginning of his speech addressing Class 107, Pasco Sheriff Chris Nocco thanked all the law enforcement officers and family members in attendance before adding, “Andrew, your dad’s looking down on you, and he’s proud of you. We all are proud of you. Never forget that.”

Nocco went on to say: “We don’t make widgets, we save lives and we protect lives. We’re often called upon to go into dangerous situations no one else will. Always remember, if not us, who? If not us, who?”

Teresa Kondek said she was overwhelmed by the showing of support, from the sheriff as well as the representatives from 10 other agencies and departments, including the Tarpon Springs, New York and Sarasota police departments, which had representatives at the graduation.

“That was the second time Sherriff Nocco recognized me and my family in a public event, and I did not expect it,” she said. “He’s always been so respectful of law enforcement officers and their families. It shows what kind of man he is. I have a lot of respect for him.”

After the cadets received their diplomas from PHSC Provost Stanley Giannet and the dean of the police academy, Marcia Austin, Teresa Kondek presented a special graduation gift to Andrew.

“I gave him the handcuffs Charlie was wearing on his waist the night he died,” she said, noting the she had special engravings done by Kyle Bonnell that include a quote from Officer Charles Kondek Jr to his son and his End of Watch date, 12/21/14.

“I almost cried when she gave me those cuffs,” Andrew admitted. “Those are incredibly special to me and I will have them on me at all times while I’m on duty.”

As for where he will apply for duty, Andrew said, “I’m not sure yet. I have four years to decide. But I’m impatient. I guarantee it won’t take that long.”

Teresa Kondek said she’s prepared to deal with her son’s decision should he decide to literally follow in his father’s footsteps by patrolling the same beat.

“If he ever had a chance to work in Tarpon I wouldn’t want him to respond to calls in the area where his father was killed,” she said, noting she recently made the first trip to the site and she was pleased to see it’s being cleaned up. “But I know he would be very well looked after by his TSPD family. So, I have mixed emotions.”

Tarpon Springs Police Chief Robert Kochen said the entire department was proud of Andrew, adding, “I think he found his calling, and I know he’ll be great at it wherever he goes.”

When asked if he would want to work in Tarpon Springs like his dad, Andrew left the door open.

In the meantime, he said he intends to keep working on, and showing, the truck that keeps Charlie Kondek’s memory alive.

“Absolutely,” Andrew Kondek said of the monster Ford parked outside, blue lights flashing. “That project will never be done.”