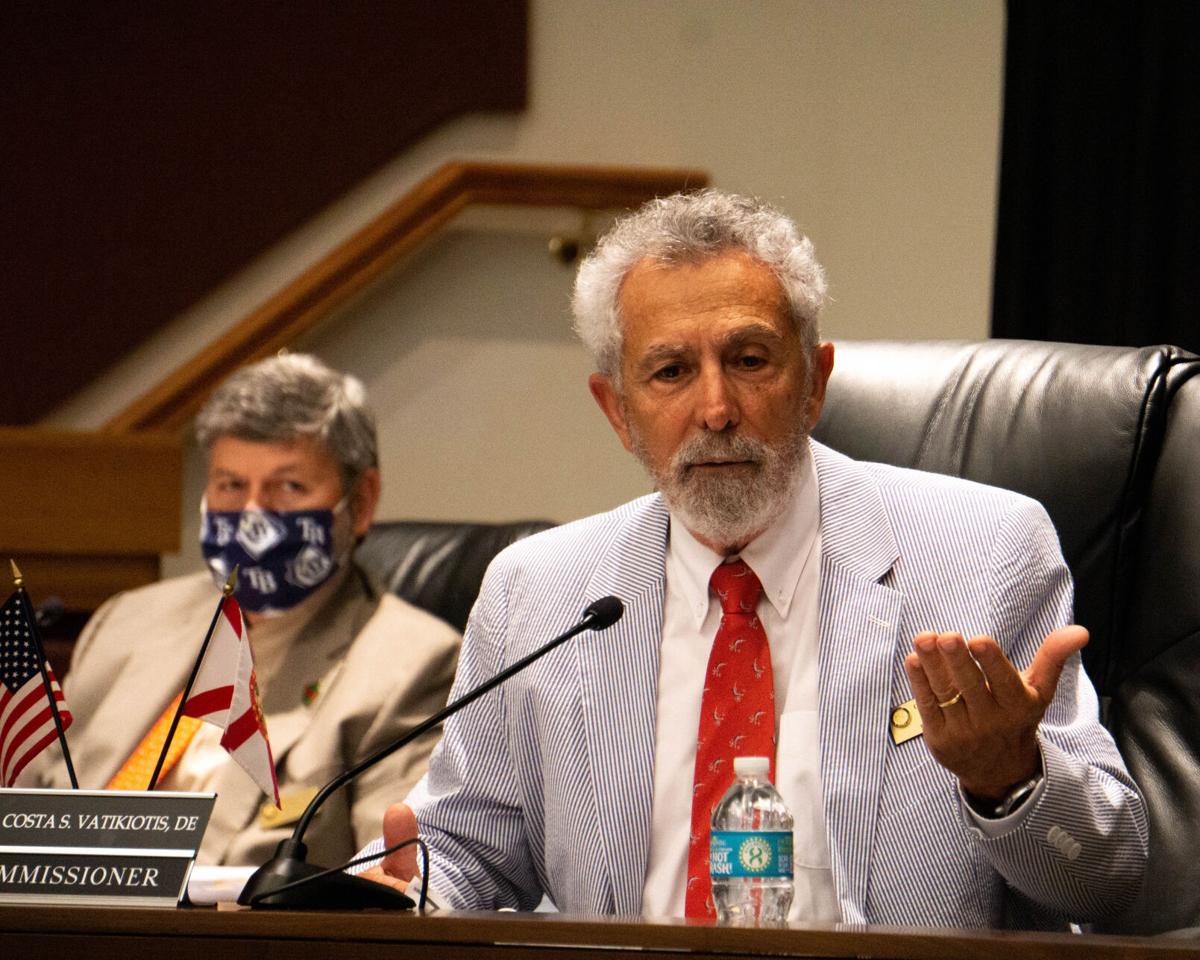 Tarpon Springs City Commissioner Costa Vatikiotis has come under fire from his fellow commissioners recently for what has been called “disrespectful” behavior and language in correspondences with city officials as well as other issues. 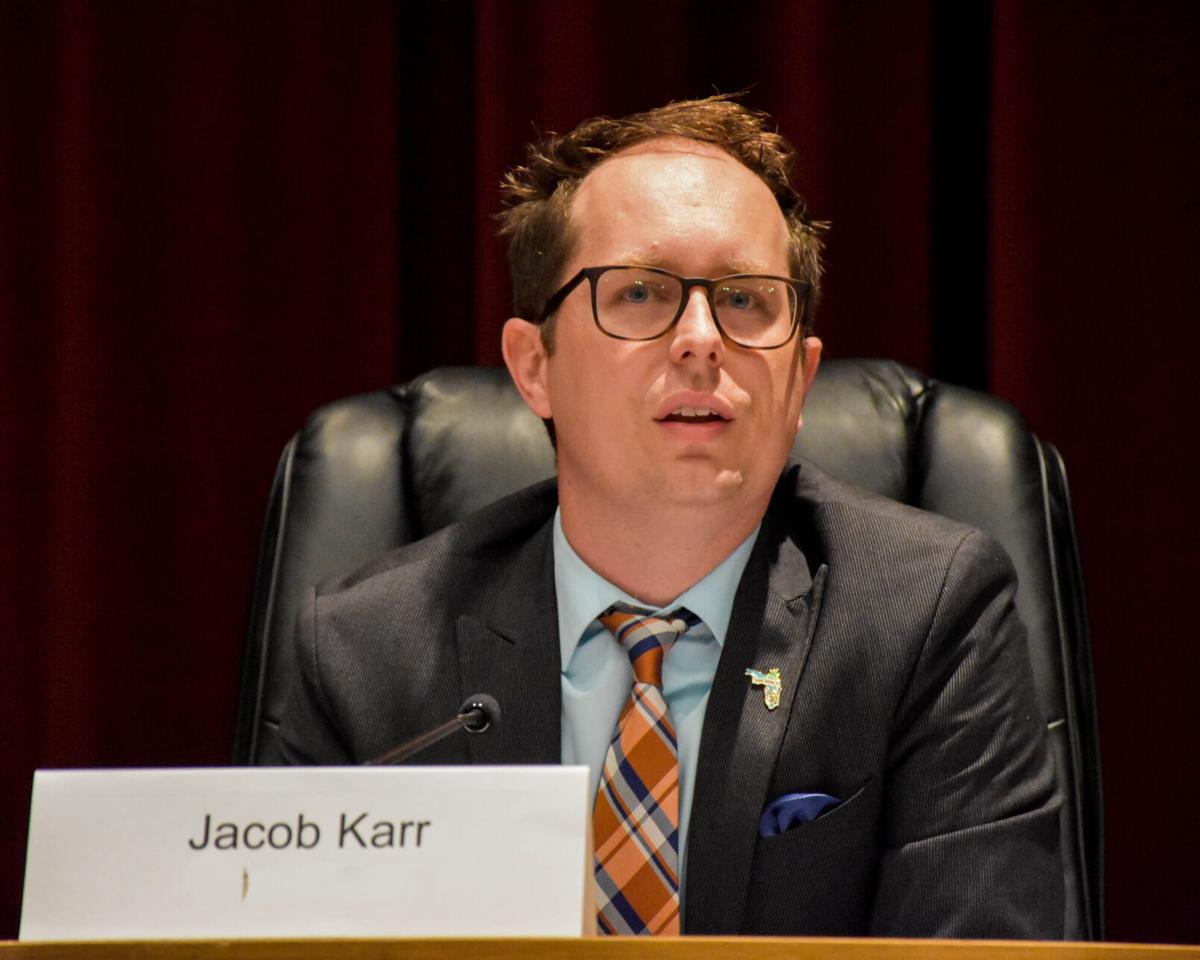 Tarpon Springs City Commissioner Costa Vatikiotis has come under fire from his fellow commissioners recently for what has been called “disrespectful” behavior and language in correspondences with city officials as well as other issues.

TARPON SPRINGS – How low can it go?

That’s the question being asked all over town these days as Tarpon Springs Board of Commissioners meetings continue to lower the bar for professional behavior and decorum.

Following an April 6 special session where Commissioner Connor Donovan called out fellow Commissioner Costa Vatikiotis for what he considered “disrespectful” emails to City Manager Mark LeCouris, the bad blood continued to flow a week later when Vatikiotis’ request to be named vice mayor failed to gain support, leading to yet another round of finger pointing and name calling. Current Vice Mayor Jacob Karr laid the blame for the board’s dysfunction squarely on Vatikiotis, who was elected in March 2020.

“Over the past year the board has seen a significant amount of division which seemed to stem back primarily to one person on the board,” Karr said when the agenda item was addressed just before midnight on April 13. “The majority of our meetings have gone till 11:00 p.m. or later because of unnecessary comments that have been made throughout the meetings.”

Karr went on to state that over the past year he has seen Vatikiotis “treat all the board, staff and the City Manager with disrespect,” and he noted it was “shocking how Commissioner Vatikiotis belittled and disrespected a fellow commissioner on the board,” while calling for Vatikiotis to apologize to Donovan.

Karr added he believes the board could agree to disagree and still get along, “but this is not the path that Commissioner Vatikiotis has taken this last year.” He said he believed the formal request by Vatikiotis to be named vice mayor was nothing but a “ruse to build the resume for a run for mayor.”

The remarks were met with shock and disappointment from Vatikiotis, who called it “the saddest day of my life to hear it coming from a commissioner. I don’t deserve it; it’s been brought on me and I just think it is a sad day for Tarpon Springs.”

Vatikiotis added he believed Karr was “in the minority” with his opinion and he told the vice mayor “people have been very easy with you up until this point with your other attributes that are not so pleasant towards residents. So, that’s all I want to say.” After his motion failed to gain a second vote, a subsequent motion for Karr to remain vice mayor for another year passed, 4-1, with Vatikiotis voting no.

The meeting then abruptly ended without a word being spoken in the City Hall auditorium.

The next day, Vatikiotis shared his thoughts about the latest commission firestorm.

“I don’t know what his motives were,” Vatikiotis said of Karr’s comments, which required an additional five-minute extension of the meeting to be read. “I was surprised because my part had ended. My motion didn’t get a second and it was over. So, I don’t know what to say. I don’t understand his reasoning for that.”

Regarding the long-simmering tensions that have recently boiled over, Vatikiotis, a Navy veteran with a Doctor of Engineering degree who was involved in many high-level discussions in Washington, D.C., said, “I’ve been in these situations before and it’s like water off a duck’s back. It’s not going to affect me and how I do my job as a commissioner. I’m still going to show up, be as cordial as I’ve always been and if they want to make baseless allegations, there’s nothing I can do about that. If the residents were saying these things, that would really trouble me. But I’m not hearing anything like that.”

When contacted for comment Karr said he felt he had to say something about Vatikiotis to spur change.

“I held my comments until after (the first motion) because I didn’t want to start any drama,” Karr said by phone. “But it’s been a year of this kind of stuff happening and I felt I had to call him out on his disrespectful and unprofessional behavior. To me it’s not respectful. Him trying to push his own agenda is causing issues and causing things to be delayed.”

Karr, who was reelected to Seat 1 in 2020 and has seen his share of controversy, including a recent attempt to oust the chair of a civic board, said the situation at City Hall is “sad” for everyone, and he hopes they can all put their differences aside and work together, one commissioner in particular.

“I don’t like seeing this happening to our City Commission,” he said. “I think the commission can do a good job, but he’s got to be able to work together with everyone. It’s been multiple meetings now where multiple people have called him out, so it’s up to him if he wants to continue to work with the board or be on his own island. We’re all trying to be respectful, but after a year it’s clear it all stems back to one person. That’s where we’re at.”