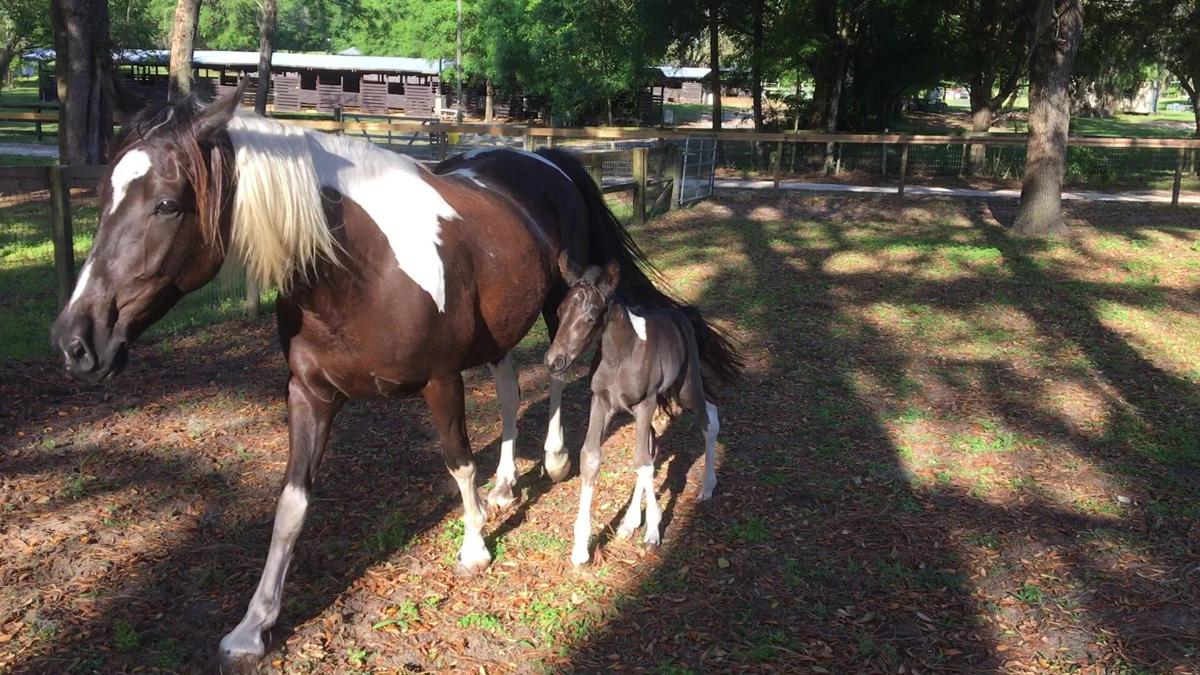 Horses get some exercise at Spotted Dance Ranch in Brooksville in a photo captured from a video clip. 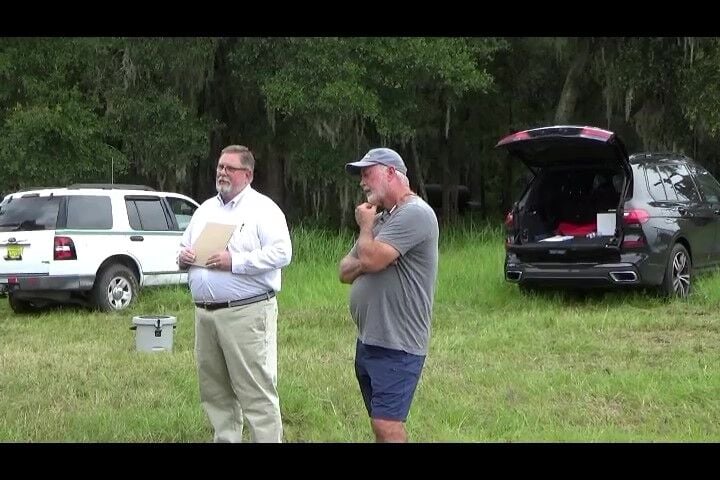 Randy Yoho, right, and his attorney Leonard Johnson talk with neighbors in July about their differences in an image captured from a video.

Horses get some exercise at Spotted Dance Ranch in Brooksville in a photo captured from a video clip.

Randy Yoho, right, and his attorney Leonard Johnson talk with neighbors in July about their differences in an image captured from a video.

BROOKSVILLE — The horses came in first, but it was a close race.

Rural landowners and the owners of equestrian businesses won their battle against fellow landowner Randy Yoho on Tuesday night after the Hernando County Commission voted 3-2 to uphold the Planning & Zoning Commission’s rejection of Yoho’s request for a special exception use permit.

Kym Rouse Holzwart, the owner with her husband of Spotted Dance Ranch, said that she was sure they hadn’t seen the last of Yoho.

Yoho has used the land, a former sand mine, for some of the past 20 years as a motocross track, much to the dismay of neighbors who have complained about the noise level and the disruption of their peace and quiet, which they say is an integral part of their businesses training horses and riders.

Yoho and his neighbors have gone back and forth for the past two decades, and the county’s government operations have been flooded with correspondence, complaints and pleas to keep at least some of the fast-growing county from becoming another mass of suburban sprawl.

A long line of people who had been waiting for hours for the item finally got their say this time, and warned of the destruction of a community and a livelihood if Yoho got his way.

Kathy Smith said she and her husband were building a house, and chose the area for its peace and quiet.

“People have the right to do what they want, but a person who doesn’t live here should not be allowed to do this,” she said.

That is a common theme in every citizen presentation, but some commissioners questioned the right of a landowner to control what another landowner does with his or her land.

Champion said he has not changed his view on this. “You’re allowed to do certain things on your property,” he said. “You should be allowed to use this property for personal use.”

Kathleen Yo pleaded with the commission to trust the Planning & Zoning Commission and reject the exception.

“This comes from the heart,” she said. “Please deny this permit. It will ruin our neighborhood.”

John Thomas, representing some of the landowners whose property abuts or is near Yoho’s land, admitted that the commissioners had heard a tremendous amount of testimony over the years.

The Planning & Zoning board came to the right result, he said. “They heard the evidence, they looked at the law and they saw that this proposed use is not compatible.”

For his part, Yoho and his attorney Leonard Johnson argued that what was at stake was the rights of landowners, a topic that comes up often in County Commission agendas as landowners seek to receive zoning changes and build homes on their property.

With a few exceptions, commissioners mostly have been receptive to arguments about property rights.

Johnson said the time constraints imposed on Yoho’s use of the land wouldn’t impact the nearby equestrian businesses since riding would end by 3 p.m. during the week, and there would be no weekend riding, and thus no noise to interrupt lessons since children would be in school during the ride times.

A video taken in 2011 showed a sound meter on a nearby home and the effect of motorcycle noise on the decibel level.

Yoho said that was deceptive. “The bikes nowadays will meet the sound ordinance,” he said. “The sound meters at Croom are the same as at my pit.”

He insisted that if there are violations, it’s the riders in Croom forest who are disobeying the rules, and he’s getting blamed for their activities.

He has tried to be accommodating, Yoho said.

“We’ve tried to work with these neighbors,” he said. “Their roads go across my property to their houses. I have bent over backwards working with these people.”

Yoho added that he is a man who keeps his promises.

“How can I lease from Pasco County if I’m not a man of my word?” he asked. “I’ve been leasing from them for 42 years. I’ve followed the county’s recommendations.

So please, end my misery of fighting this.”

Dukes, who has made no secret of his support for property rights, noted that another possibility for the surrounding landowners was this: “Maybe you folks ought to get together and buy him out, and forget about it.”

Allocco said that while he was “a huge proponent of property rights,” he said he didn’t want to be responsible for destroying the horse farms in the area, and that it was an issue of compatibility as well as conflicting stories, even with people under oath.

Holzwart, the ranch owner, said she was very dissatisfied with Champion’s attitude.

“The behavior of Steve Champion, who voiced his approval of the motocross track before Mr. Yoho and his attorney presented their case and public comments were heard, was truly disturbing and inappropriate and will be remembered when re-election time comes around,” she wrote in an email. “We are thankful for the three county commissioners who have common sense and realized the motocross track would destroy our rural equestrian community and businesses.”