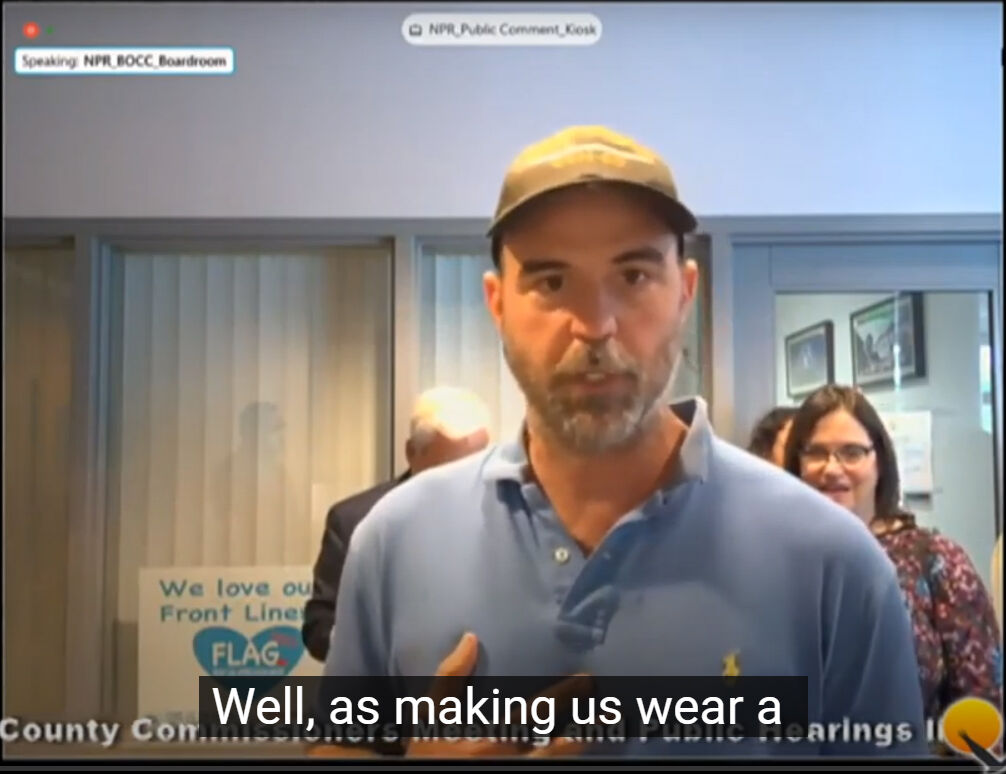 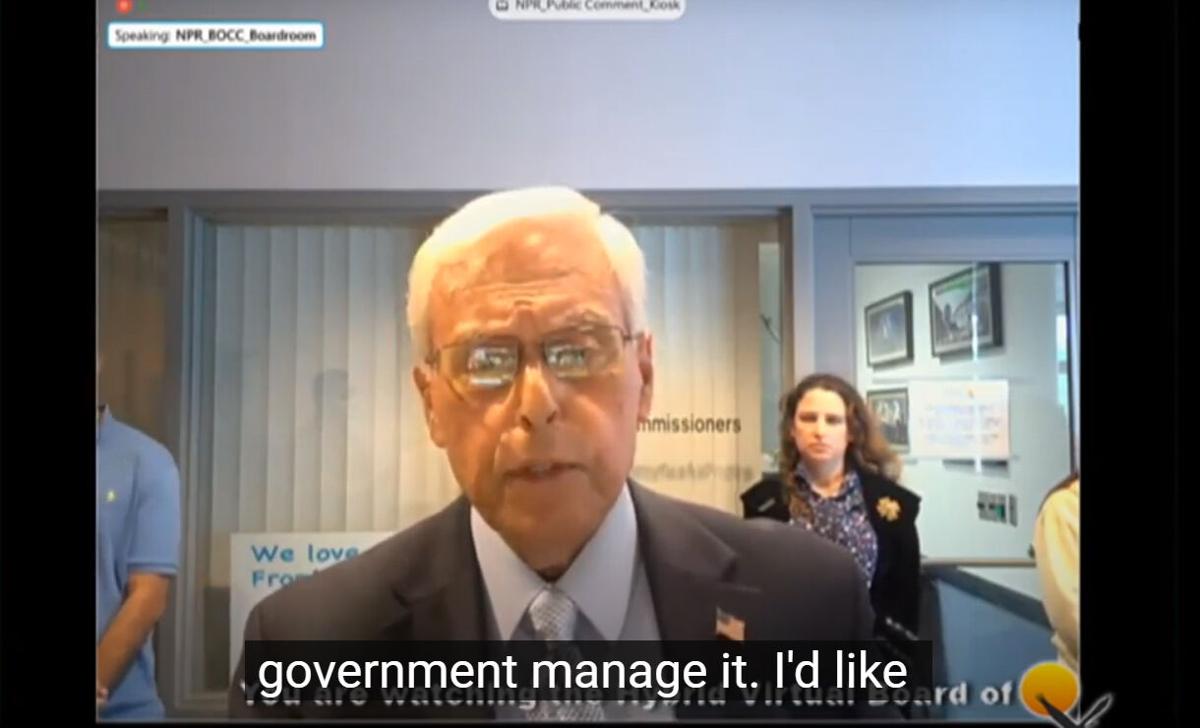 NEW PORT RICHEY — A group of residents on March 23 let county commissioners hear its thoughts on COVID-19-related restrictions more than a year into the global pandemic.

The message from six public speakers and one emailed submission at the regular session was unified in its opposition to everything from mask mandates to social distancing to county meetings being closed to the public.

“We are sick and tired of mandates, we’re sick and tired of elected officials treating us like peasants and forcing in communist laws and mandates on we the people,” Port Richey resident Brian Perras said from the kiosk outside of commission chambers.

“As educated taxpayers, we can clearly see there is no state of emergency or imminent danger,” said Janine Dombrowski. The New Port Richey resident added that masks, or “disgusting face diapers,” are littering the county, ineffective and can become unhygienic. “It is so disgusting to watch people constantly touch their nasty, spit-laden muzzles, then touch everything else. Please make this nonsense stop.”

The first of the speakers, Joseph Passanise of Holiday, stated his belief that Pasco residents are having their First Amendment rights abridged by past virtual meetings and not being able to attend public meetings or address commissioners while in the same room.

Pasco County Commission meetings are split into two sessions, typically beginning at 10 a.m. and 1:30 p.m. The public comment period comes at the beginning of the morning session and commissioners and county staff addressed COVID-related concerns toward the end of the opening period.

“There are a lot of people who obviously want to see it changed at this point, especially with the latest data that’s out there,” Commissioner Jack Mariano said, without specifying the cited data.

Administrator Dan Biles addressed the issue of keeping commission chambers closed to the public during meetings.

“The challenge is not really (the New Port Richey) room, the challenge is Dade City,” Biles said of the county’s two chambers that host meetings. “In this room it’s a little easier to socially distance. We can bring (public speakers) to the podium and to the side. The challenge is trying to replicate that in Dade City.

“We’re working over probably the next few weeks to get the public back into the board rooms, socially distanced, until we get a high enough vaccination rate that we have herd immunity,” Biles stated.

Biles said the recent spring break holiday could be potential “big spread” event and that the county will monitor the data for any related spikes in COVID-19 cases.

According to the Florida Department of Health, a total of 118,241 Pasco County residents, or 23.16% of the population, had received at least the first dose of the COVID-19 vaccine as of March 24. The website gathers information for its interactive maps from the Centers from Disease Control and Prevention and state health departments.

Regarding suggestions that Pasco County residents’ First Amendment rights are being infringed upon, County Attorney Jeffery Steinsnyder told commissioners he believes they’re in the clear.

“There is no case law that we have determined that the process that you’re engaged in is (a violation) of the First Amendment nor the Sunshine law,” Steinsnyder said. “In fact, it’s actually been lauded by groups like 1000 Friends of Florida as a system that allows the public to continue to have their say before the board of county commissioners and provides adequate social distancing.”

1000 Friends of Florida is a nonprofit describing itself as a smart growth advocacy organization.

“So from a legal standpoint, I don’t think that the speaker’s comments that you’re violating the First Amendment has any credence,” Steinsnyder concluded.