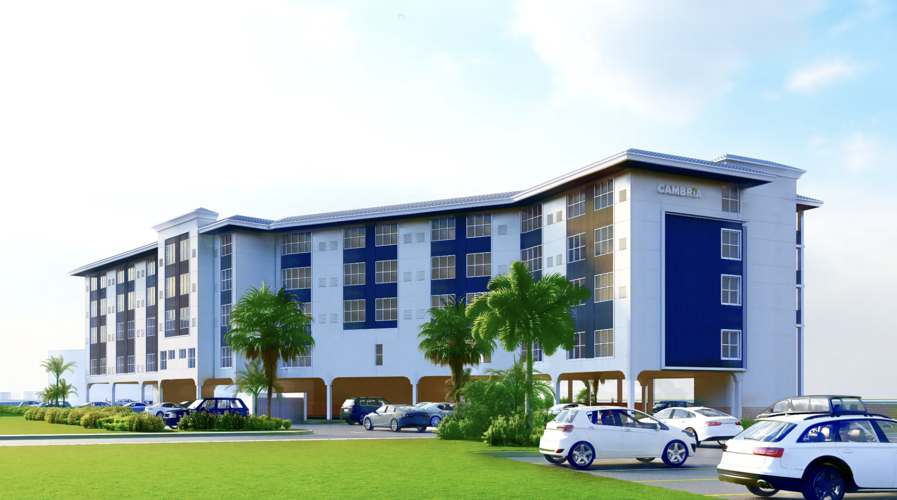 After receiving ideas from the community, hotelier Benedikt Fritzsche has reworked his proposal for a five-story hotel in the Sponge Docks, switching from a Hilton to Cambria, a franchise hotel brand owned by Choice Hotels International. Planning Board members, however, are still concerned that it may not be compatible with the Sponge Docks. 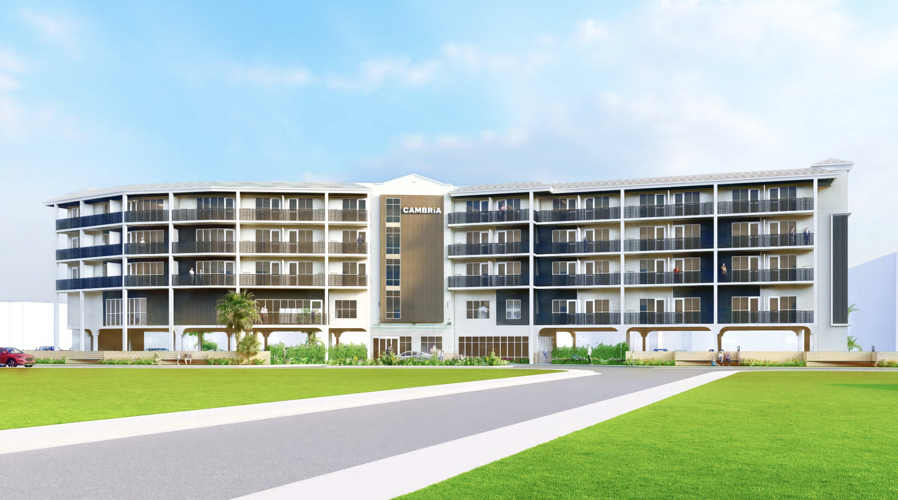 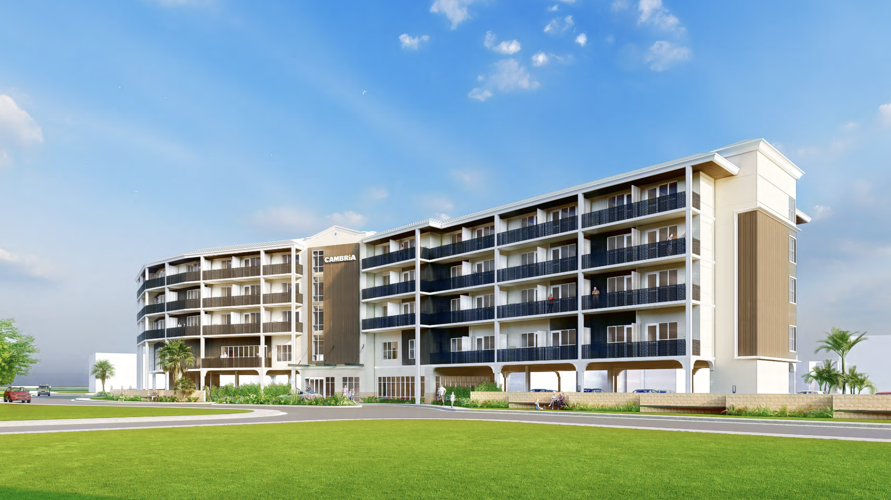 TARPON SPRINGS — “Not yet Greek enough.”

That was essentially the general consensus among Tarpon Springs Planning and Zoning Board members in their decision whether to grant conditional approval to build a hotel in the Sponge Docks area.

Consequently, the board voted 5-0 to pass a resolution June 20 that grants the applicant a conditional-use approval, contingent upon meeting seven recommended conditions.

One of those conditions is that hotel applicant Benedikt Fritzsche and team meet with the Greektown Preservation & Heritage Association to consider representative examples of architectural style in the historic district when they return to the design drawing board.

It’s the second time Fritzsche has appeared before board seeking a conditional use approval to build a 108-room hotel in the city’s historic Greektown area on the east side of Roosevelt Boulevard between Cross Street and Dodecanese Boulevard.

A Palm Harbor resident, Fritzsche currently operates the Hampton Inn hotel and the Best Western hotel in Dunedin. He first brought the application before the board’s May 16 meeting, which voted to approve the application — subject to meeting five conditions outlined by the board.

Changes in the new five-story hotel conditional-use application include switching from Hilton to Cambria, a franchise hotel brand owned by Choice Hotels International.

The proposed hotel would now be named “Cambria by the Sponge Docks.”

The switch to Choice Hotels provides more flexibility in designing the hotel outer appearance, Fritzsche told the board.

The new hotel proposal again features four floors of hotel rooms and a bottom floor for parking. Building height would again be 54 feet to the top roof deck and 58 feet at the parapet.

Since the first board meeting, Fritzsche met with Tarpon Springs shop merchants and residents to field suggestions on a proposed hotel and secured approximately 150 resident and merchant signatures supporting the idea of hotel on the Sponge Docks.

Katie Cole, an attorney for Clearwater-based Hill, Ward and Henderson, said Fritzsche has been “respectful of the board’s request, withdrawing the original application, and redesigning the project respectful of the conditions.”

The board’s new recommendations include investigating the hotel’s northwest site to use for stormwater runoff, and for use as public parking; and adding a barrier on the hotel’s east property line to shelter surrounding homeowners.

Other conditions for the applicant include crafting a legal agreement that the hotel may not be sold or converted into any other type of business, and the building height must be limited to four floors above parking.

Also, the applicant must also choose a hotel design “consistent with the heritage” of the city’s historic Sponge Docks district; meet with the Greektown Preservation & Heritage Association for design advice; and the hotel is to serve only continental-style food.

In addition, the applicant must follow the four additional conditions set down by the Tarpon Springs Planning Department, that includes commissioning a traffic management study of the impact the hotel would have on area traffic.

A date has yet to be set for when the board will again address the hotel’s conditional use application.

Once granted conditional use approval, the hotel application will then go before the Board of Commissioners for review. The application would then re-appear before the Planning and Zoning Board for site plan approval.

While board members complimented Fritzsche’s proposed hotel application changes, they said the plan did not go far enough.

“We do want a hotel in Tarpon Springs,” said board vice-chairman Mike Kouskoutis. “But the townspeople that approached me who signed that petition want to make sure that it (the hotel) complies with the overall architectural integrity of the area.”

“When I look at some of the (hotel) design criteria submitted by the applicant, quite frankly, it’s not consistent with the overall character of the Sponge Docks area,” Kouskoutis added.

Over a dozen residents spoke during the public comment portion of the application, with nearly all voicing objections to the hotel project that ranged from flooding and congestion fears, to the hotel as planned not fitting into the city’s unique Greek style and character.

“This project belongs on U.S. 19, not on the Sponge Docks,” said Harry Batuyios, of 46 Read St. “We don’t need 108 rooms. We need about 35 or 40 rooms in a small micro hotel in Tarpon Springs which could be tastefully designed to fit in with the flavor and the character of the Sponge Docks.”

Athena Tsardoulias, owner of Tarpon Sponge in the Sponge Docks area, called the hotel proposal “too big and in the wrong spot.”

“I don’t care what the design looks like — it’s wrong for this area,” Tsardoulias said. “Yes, I want a hotel, but not this one, and not in this area.”