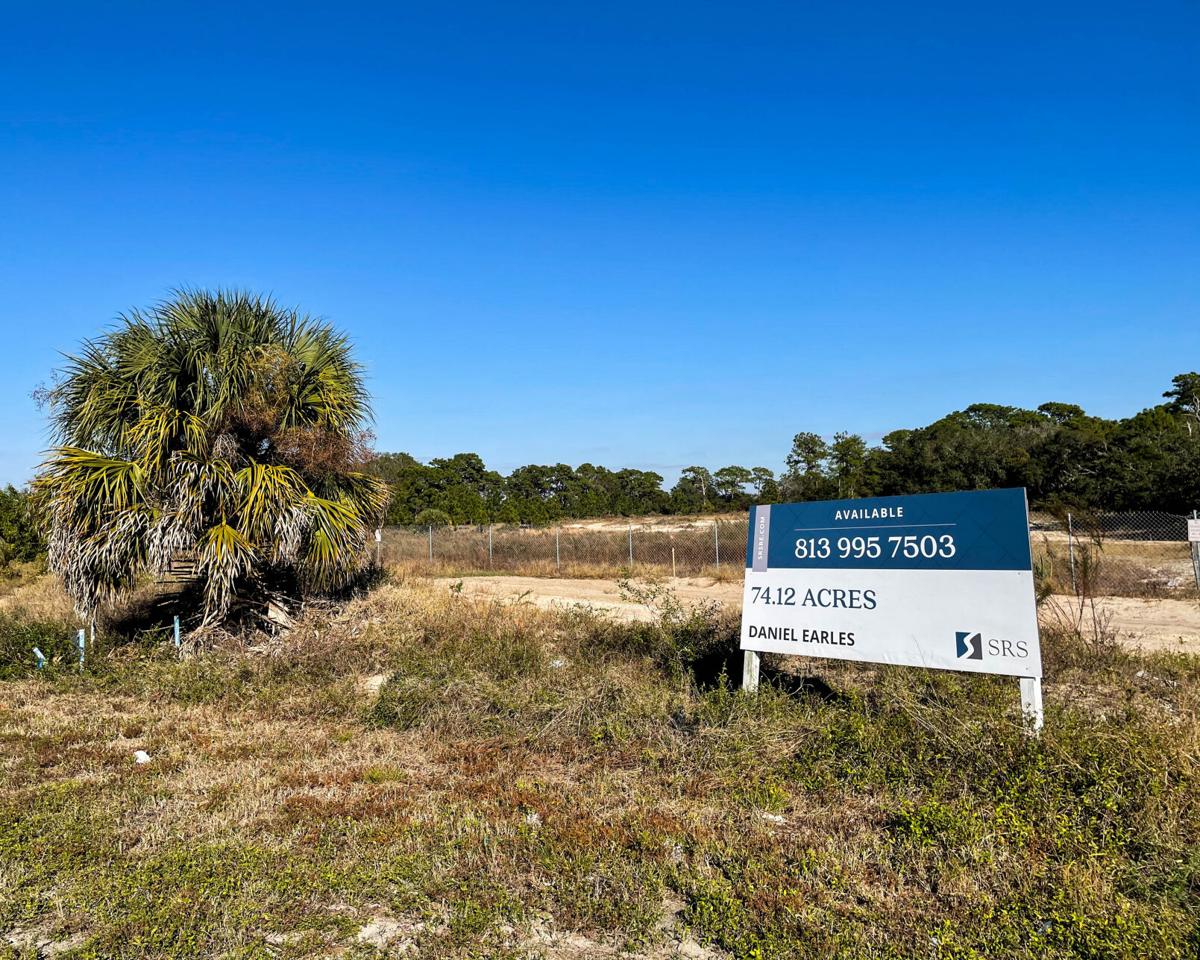 The 400-unit Anclote Harbor apartment complex that was proposed to be built on 74 acres of vacant land along the Anclote River is back to square one after a representative for the developer told the tarpon Springs Board of Commissioners that they plan to submit a new application with a second access point on U.S. 19. 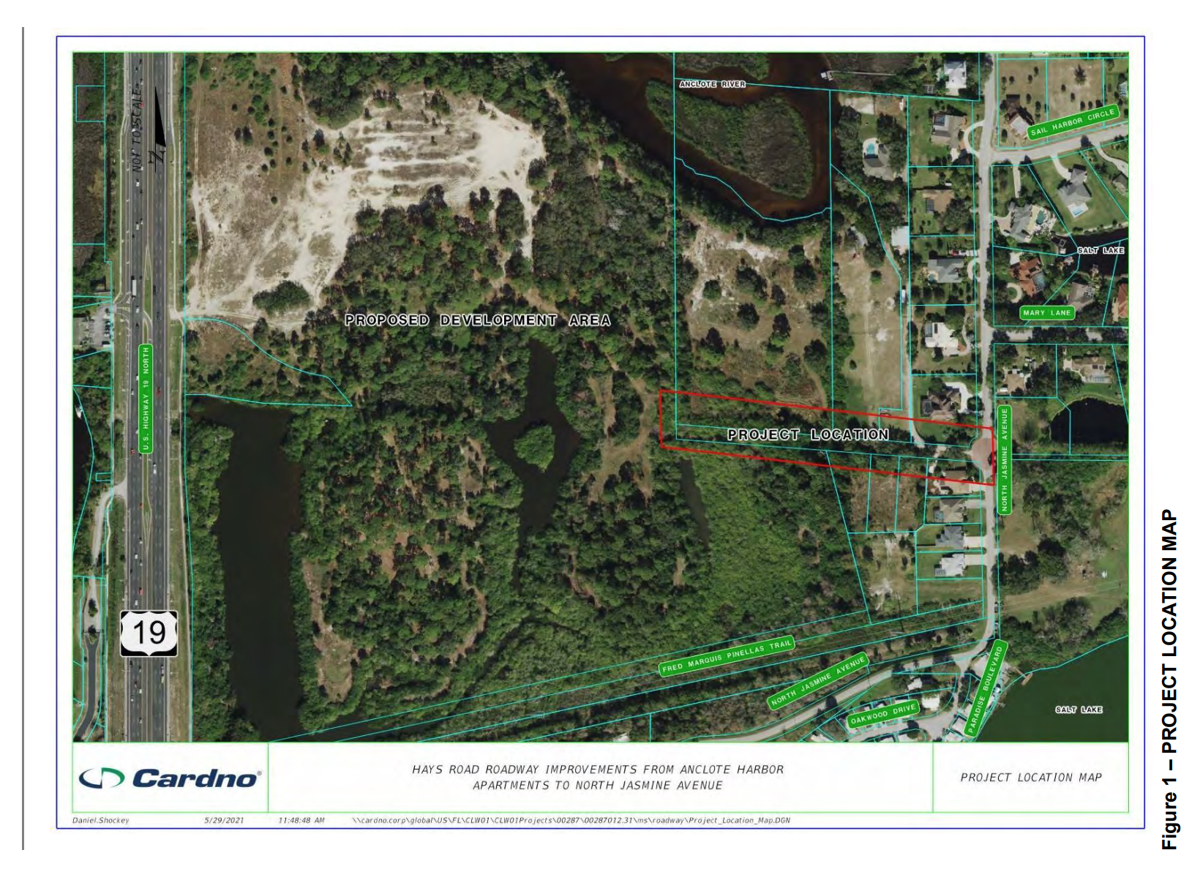 TARPON SPRINGS — A special Tarpon Springs Board of Commissioners session to discuss one element of the proposed 400-unit Anclote Harbor apartment complex on U.S. 19 was suddenly deemed unnecessary when an attorney representing the developer said they plan to submit a new application for the project.

During the July 15 special session to discuss roadway improvements for a secondary access point at the rear of the 74-acre property, attorney Ed Armstrong said the Houston-based developer Morgan Group informed city officials via email it intends to submit a new application for the project that would include a secondary access on U.S. 19, rendering the discussion to improve Hays Road obsolete.

“Consistent with the correspondence we have sent into the city, we will be filing a new application for the project,” Armstrong said following 45 minutes of public comments on other topics, adding “the only material difference between the new application we’re getting ready to file and the one that was previously approved by this commission is the addition of a second access point on U.S. 19.”

Armstrong said the new plan is fully compliant with Land Development Code requirements, and he also noted the City Commission originally decided eminent domain could not be used to acquire land for the additional access point, and a feasibility study found that to be impossible to uphold with the Hays Road work

“Therefore, our belief is that the Hays Road discussion is moot because of the new application we’ll be filing shortly,” Armstrong said.

The decision sent a shockwave through the capacity crowd at City Hall and left commissioners unsure of what to do next.

“Now that we have no issue to resolve, where do we go from here?” Mayor Chris Alahouzos asked City Attorney Tom Trask.

Although Trask said it was unnecessary to move forward with the discussion because the project would have to restart at the Planning and Zoning level, the commission ultimately voted 3-1 in favor of allowing the public to speak, with Alahouzos and commissioners Connor Donovan and Costa Vatikiotis voting for and Vice Mayor Jacob Karr voting against. Commissioner Townsend Tarapani, who’s stepmother is a member of the applicant’s team, forcing him to recuse himself from voting on the project, was absent.

After 90 minutes of residents airing their grievances about the project, concerns that date to the late 1990s when Walmart wanted to develop the land, Mayor Alahouzos explained what led to the decision.

“The county reviewed the feasibility study, and they say if we build this (road) it’s going to create problems for the residents there,” he said. “So, this is why no one is in favor of building Hays Road. Maybe the idea was good at the time, but this is why the feasibility study was ordered to make sure there wouldn’t be any problems, and the outcome for Hays Road wasn’t positive.”

After noting the Morgan Group paid $65,000 for the study, Alahouzos, in accordance with proper procedure, called for a vote to move forward with the Hays Road work, and the motion unanimously failed, ensuring that chapter of the saga is officially closed while the city anxiously awaits the next one.

Following the meeting, Alahouzos spoke about the surprise development.

“When the consultant finished the feasibility study, it went before the county because one intersection there is county owned,” he explained, noting Karr requested the study be included as part of the original agreement. “And they came back and said it doesn’t fit the criteria because if the build the road it’s going to lead to issues with the level of the street vs. the driveways and it’s going to create flooding. So, of course after hearing that we weren’t in favor of doing it.”

Alahouzos said the new plan, which calls for two access points on U.S. 19 spaced roughly 600 feet apart, has reportedly been given the greenlight by the Florida Department of Transportation, noting it would have to go through several public hearings again, leaving more time for residents to speak on the topic.

“Right now, they say they’re going to withdraw their application and submit a new one, so now we’re going to start the process all over again,” he said. “So, it’s back to square one.”