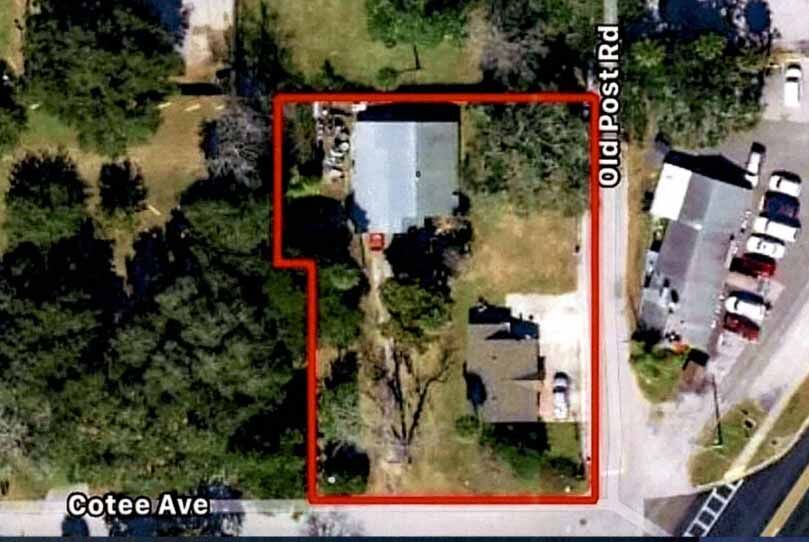 An aerial view of two properties purchased by the city’s Community Redevelopment Agency within Cotee River Landing. The parcels’ future may be as a parking lot for the surrounding waterfront district. 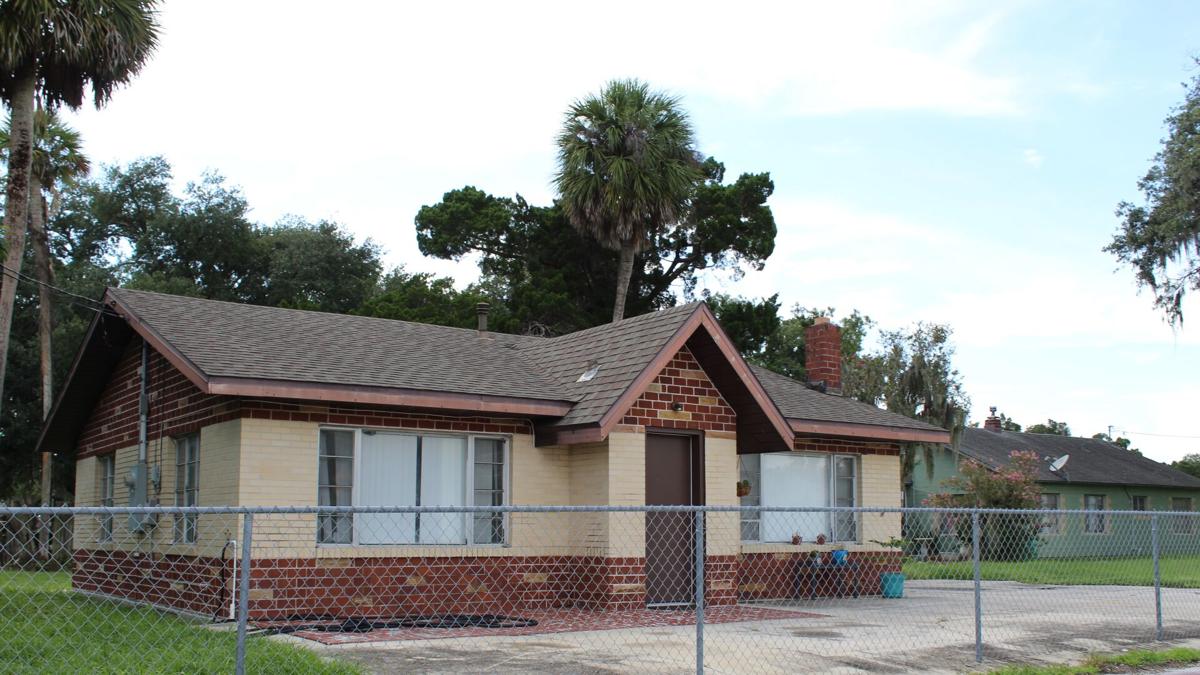 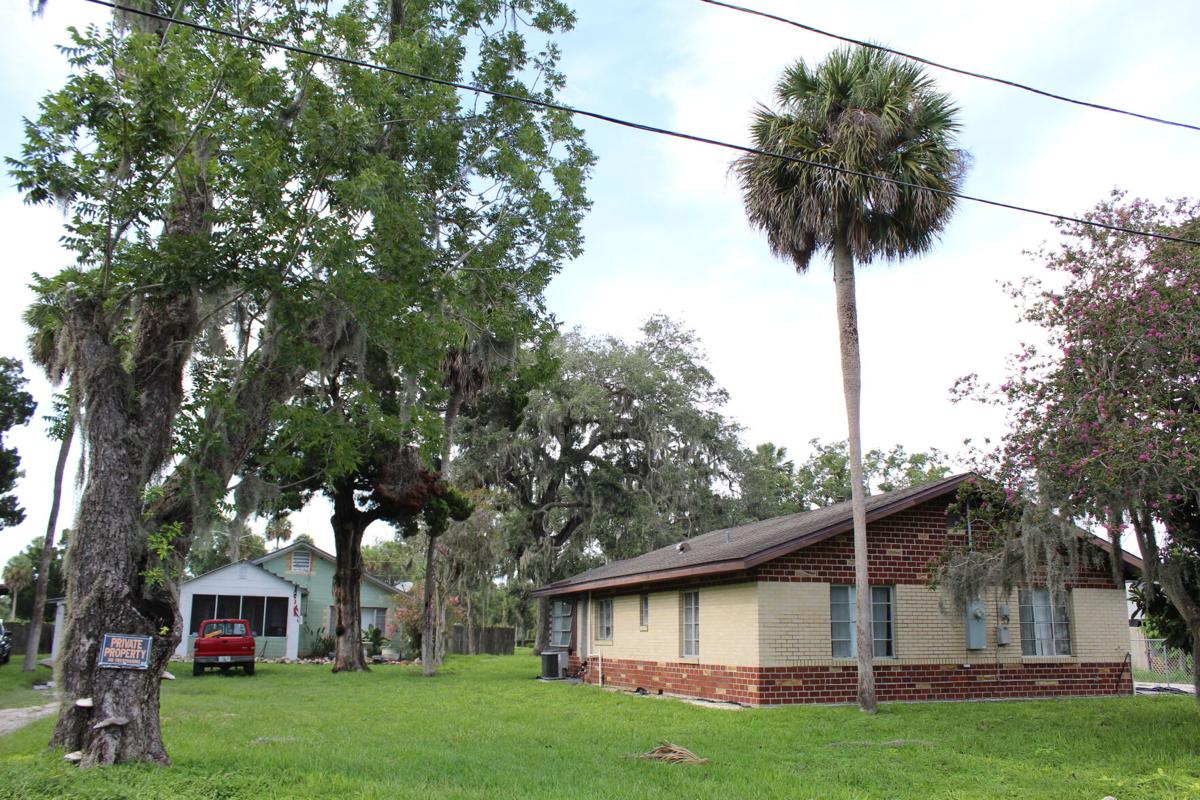 An aerial view of two properties purchased by the city’s Community Redevelopment Agency within Cotee River Landing. The parcels’ future may be as a parking lot for the surrounding waterfront district.

PORT RICHEY — Sitting as the Community Redevelopment Agency this month, Port Richey City Council members voted 4-1 to approve the $350,000 purchase of two pieces of property within the Waterfront Overlay District.

Recently rebranded as Cotee River Landing, the district sits west of U.S. Highway 19 north of the New Port Richey border. Redeveloping and improving the waterfront area to become a more prominent downtown entertainment district continues to be a focal point for city leaders.

The property purchase decision was made during a special CRA meeting convened July 1. The lots — 7925 Old Post Road and 5443 Cotee Avenue — adjoin each other and are at the corner of both roadways, just west of U.S. 19. They share a common owner and each parcel contains a residential rental property.

City staff recommended the purchases based on their consistency with other improvements planned for Cotee River Landing.

A potential repurposing of the land is for additional parking, which is expected to be in higher demand as the area is redeveloped. City Manager John Dudte stated during the meeting that the lots could provide between 35 to 50 new parking spaces.

An additional benefit to purchasing the lots would be ensuring the development of the property “remains consistent with the vision of the broader area where safe vehicle and foot traffic combined with entertainment/commercial activities are envisioned as the primary purpose,” according to the agenda packet.

“It’s an opportunity for the city to have a little control down there,” said council member Tom Kinsella. “We as citizens want to see this Cotee River Landing grow and what we’re seeing now is just a portion of what potentially could happen down there.”

Added council member Jennie Sorrell, “I’m all for this because I think we need a presence in the WOD and I think it’s a proper use of CRA money.”

The lone vote of dissent came from Todd Maklary, who questioned the overall value of purchasing the properties and then constructing a parking lot.

Maklary added that the investment is greater than the $350,000 purchase price after factoring in demolition and construction costs.

“I’m not sure what we’re solving,” he said. “We’re spending a lot of money over and above what we’re already spending there where we could use it in other areas.”

The current fund balance of the CRA as of June 28 was just over $2 million, with approximately $1.2 million unencumbered.

The majority opinion, however, favored getting the lots under city control.

“I’m actually for it because I think we can use it for parking down the line,” council member William Dittmer said. “I think parking will always be an issue down there, regardless of the street parking and doing the one-way (loop).”

Sorrell said, “I think it’s a proper use of CRA money because we are supposed to be taking care of blighted areas and next year we can move on to other areas for sidewalks and that sort of thing.”

During the discussion, City Attorney James Mathieu provided details about potential challenges that come with the purchase of the properties. Both have homes housing current renters, putting the city in the business of being a temporary landlord. One property’s $850-per-month lease and the other’s $725-per-month lease expire in 2022. Mathieu added that the deal is “somewhat unusual” because it’s a cash deal requiring 10 percent down that needed to be signed the next day, July 2. The city also was to forego all inspections of the properties.

Waiting out the rental leases to purchase was not an option, Mayor Scott Tremblay said, because of the current state of the real estate market.

“The reason I put it on as an emergency is because in our current housing market and real estate market, properties are moving really quick,” Tremblay said. “So if it was put on three weeks from now I don’t think we’d be having this discussion.”

The mayor added that redevelopment, be it a parking lot or other use, will be the future of the newly attained properties — not resale. “In terms of buying it to resell it, absolutely not. That’s not why we’re here or why I thought we should look at it. I thought if we’re going to repurpose the property it’s nice to have some kind of city-controlled property down there.”

Sorrell said, “People have been asking for us to make some kind of changes in the WOD since I’ve been in office, which has been five years now, and I think this would be a positive move for us.”