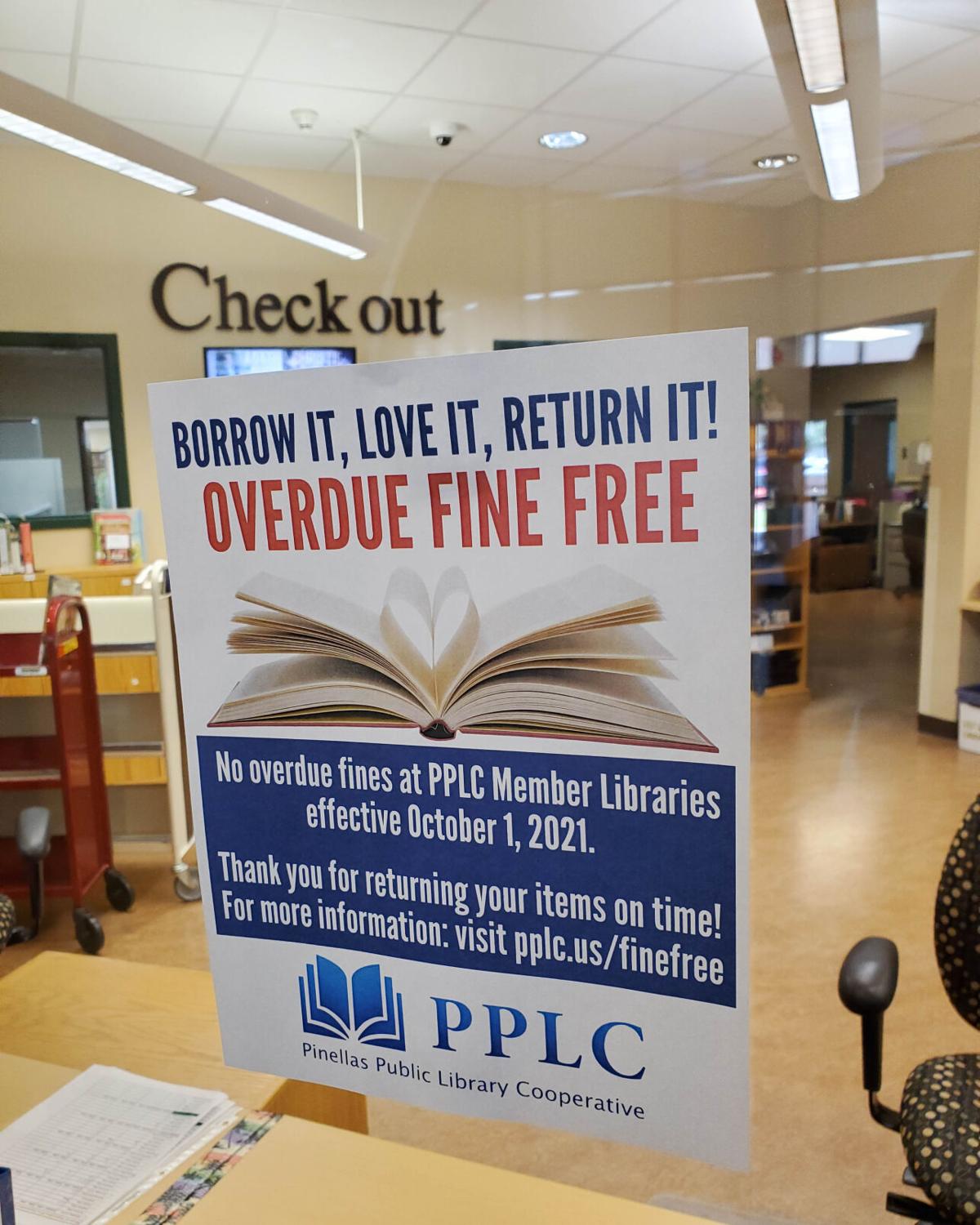 Signs like this one will hang in Pinellas County public libraries beginning Oct. 1 after an advisory committee voted in favor of enacting a policy eliminating late fees for overdue materials. 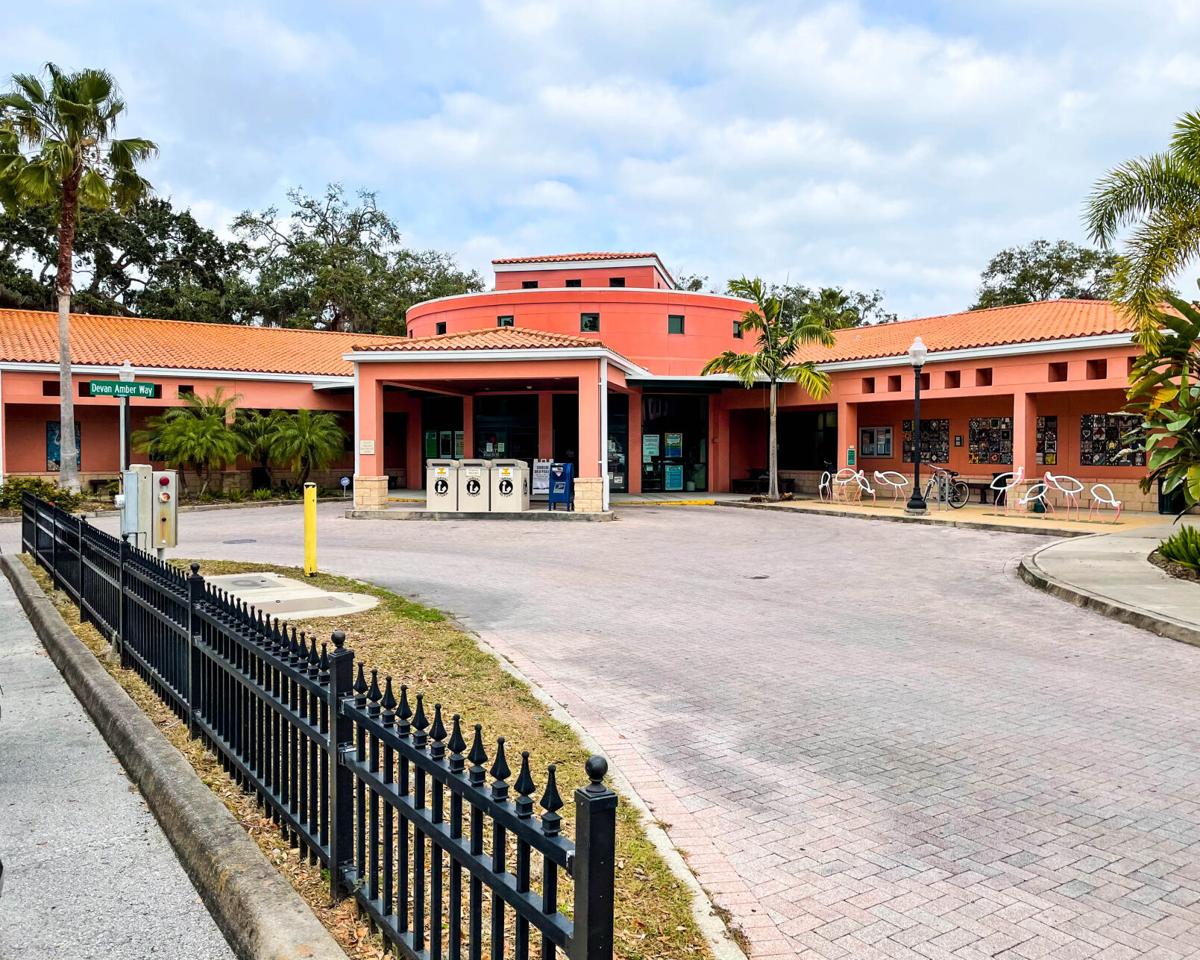 Signs like this one will hang in Pinellas County public libraries beginning Oct. 1 after an advisory committee voted in favor of enacting a policy eliminating late fees for overdue materials.

When Cheryl Morales, executive director of the Pinellas Public Library Cooperative, appeared before the Pinellas County Board of County Commissioners this spring to present its proposed budget for Fiscal Year 2021-22, much attention was paid to a PPLC advisory committee’s decision to eliminate fines for overdue library materials. That policy is scheduled to go into effect Friday, Oct. 1.

Preexisting fees would also be wiped clean on Oct. 1, except for non-returned items, according to the new policy.

During an April 22 work session, County Commissioner Dave Eggers asked Morales to explain the rationale behind the “seemingly counterintuitive” decision to eliminate a decades-old policy that penalizes those who abuse library privileges, and whether it’s led to any “unintended consequences” elsewhere. She said, “In the scheme of things, in the rest of the country, we are pretty late to the game,” noting Pinellas County library directors “have been discussing going fine-free for overdue materials for at least five years.”

Morales explained the Library Director Advisory Council “studied cases throughout the country for a number of years and found only positive results,” and she said since Hillsborough County implemented its fine-free policy a few years ago, “they have found a cost savings, and they have found that people return their items on time.”

While Morales admitted the word counterintuitive “is incredibly appropriate, because you would think that, ‘Well, I don’t have a fine, I don’t have to bring it back.’ But the taking away the fines also takes away another F-word, and that’s fear. The fear of being punished for keeping something out late.”

She said eliminating late fees also “creates a more equitable condition for families that can’t afford to pay for items that fell under the couch … and racked up overdue fines,” and she noted library officials are saving more time and spending less money on staff handling money as well as for debt collection services.

“There are a lot, a lot, of positive results in studies that have been published,” Morales said, “so that’s why a majority of the library directors voted in favor of the fine-free movement.”

While most of the county’s 14 library directors voted in favor of the policy, others, including Palm Harbor’s Gene Coppola and East Lake’s Lois Eannel, were against the fine-free mandate.

“We did do a study taking a look at five years of fines and fees,” Eannel told the board, adding the study done in conjunction with the Palm Harbor Library showed a reduction in fines at ELPL from $12,000 to $8,000 per year after an automatic renewal system was implemented. “And then, of course, COVID hit, and that changed everything,” she said.

“One of our main annual guaranteed, or formerly annual guaranteed, income of fines, which is over $10,000 a year, will be gone,” he said. “Ten thousand dollars, to some, may not seem like a lot. To me, it is a lot — books, videos and so forth. We’re not just going to sit back and take it. We need to find a way to do it, but in a way that would not on be the backs of our taxpayers.”

Coppola said “unfortunately, the library has now been forced into look at some fundraising activities on an annual basis to make up for that loss,” noting the Palm Harbor Library would host its first annual 12-hour live fundraising telethon on Saturday, Nov. 13 to help recoup some of the lost revenue.

Safety Harbor’s Lisa Kothe was among the majority of area library directors who voted in favor of the decision to eliminate late fees, and she said she believes the move is long overdue.

“I am excited PPLC is joining neighboring Hillsborough, Manatee, Pasco, and Sarasota Counties in the popular fine-free movement and supporting the American Library Association’s position on library fines,” Kothe said via email. She noted those surrounding counties have had their policies in place for 1-3 years. “Research indicates library fines restrict access to materials and services while evidence shows ending library overdue fines results in an increase in patron usage of library resources and that’s what we want.”

When asked about some directors using alternative methods to recoup the lost fee revenue, Kothe said, “Fundraisers for capital campaigns are nothing new for any of the PPLC libraries. Fine revenue in all libraries has been dropping for years, with a more significant drop the last 18 months due to the pandemic.”

But she said the bottom line is studies have shown that removing late fees has been proven to lead to better relationships between libraries and their communities, and that’s what’s important.

“We want more people to discover all the great things offered inside the library and what is available virtually with your library card,” Kothe said. “We don’t want overdue fines to be a barrier for using our library. We want you to come back, and we don’t want you to worry.”