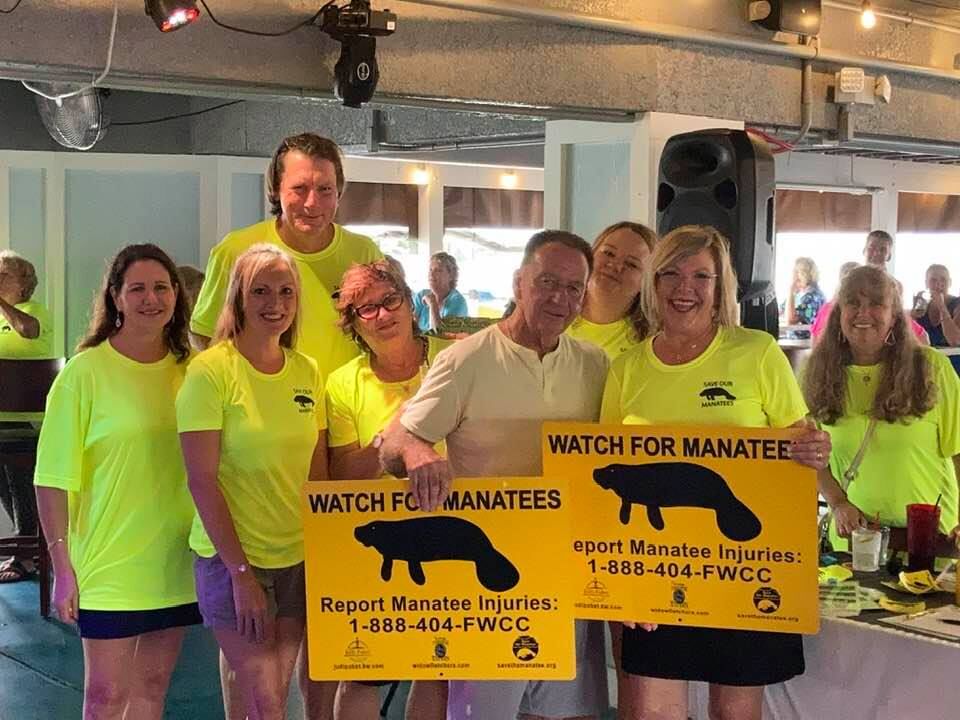 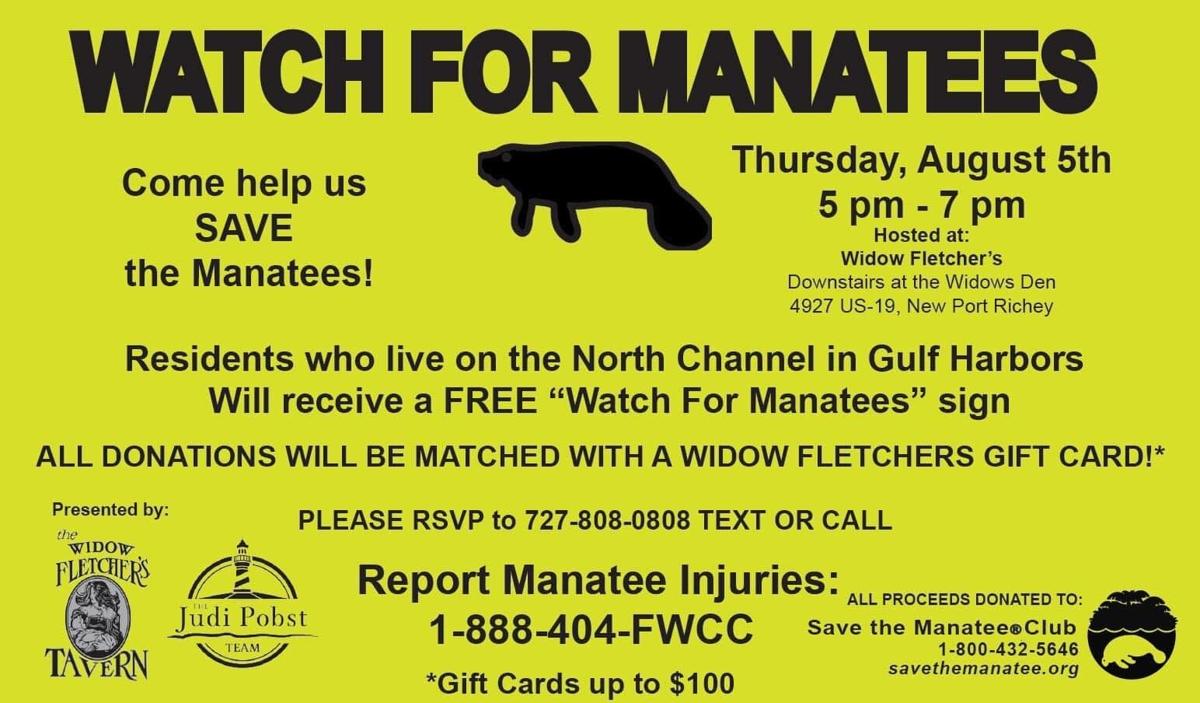 Judi Pobst of Keller Williams Realty partnered with Widow Fletcher’s to give away these signs to residents living in Gulf Harbors.

Judi Pobst of Keller Williams Realty partnered with Widow Fletcher’s to give away these signs to residents living in Gulf Harbors.

NEW PORT RICHEY — One of Florida’s most iconic mammals is the manatee. Often found swimming up rivers and in our bays, the manatee is also too often found, unfortunately, in the same areas as its most deadly competition: boater traffic.

Recently, there have been efforts to help inform boaters of manatee awareness as New Port Richey businesses teamed up to help save the manatee. On Aug. 5, Judi Pobst of Keller Williams Realty and The Widow Fletcher’s restaurant hosted an event to distribute “Watch for Manatees” signs for residents living at Gulf Harbors.

Widow Fletcher’s gave gift cards to attendees who donated to the nonprofit organization Save the Manatee Club. Overall, more than $4,500 was raised, with donations still rolling in days after the event, Pobst said. Ally Greco, director of communications and outreach of the nonprofit, told Pobst how grateful she was for the generous amount of donations that came in. Funds will help the club with manatee education, research, rescue efforts, and protection advocacy.

According to data collected by the Florida Fish and Wildlife Conservation Commission, there have been 904 manatee deaths in Florida this year, and 70 of those deaths were related to watercraft incidents.

“I’ve been in this community for over 20 years and our waterways are very precious,” Pobst said. “At the end of the canal there was a popular restaurant that has been vacant since 2003. Widow Fletcher’s took over the building last year and they put in 42 boat slips. That’s a lot of boat traffic, and the manatees have been very comfortable in this canal because there wasn’t much traffic. They’re very frequent visitors here.”

Pobst said she was concerned that when Widow Fletcher’s opened, boaters arriving to dine in wouldn’t be conscientious about the manatees sharing the canal. When boaters speed, not only do they pose a danger to manatees, but to resident’s properties along the canal as well. Although she doesn’t live directly on the North Channel, Pobst said she has heard that speeding is a common occurrence.

Additional businesses that helped with the event included BettyAnn McCloud of Guaranteed Rate Mortgage and Gigi Evans of Dynamic Title.

Gulf Harbors resident Sheri Herberholz, who attended the event, said, “Living on the water certainly brings you closer to wildlife. Manatees are in need of our help to inform not only people but boaters as well. They are beautiful but slow, hard to see and blend in well. When I heard that Judi Pobst of Keller Williams Realty asked Widow Fletchers to team up to bring awareness, I thought, awesome!”

To learn more about Save the Manatee Club, and how you can help, visit www.savethemanatee.org.