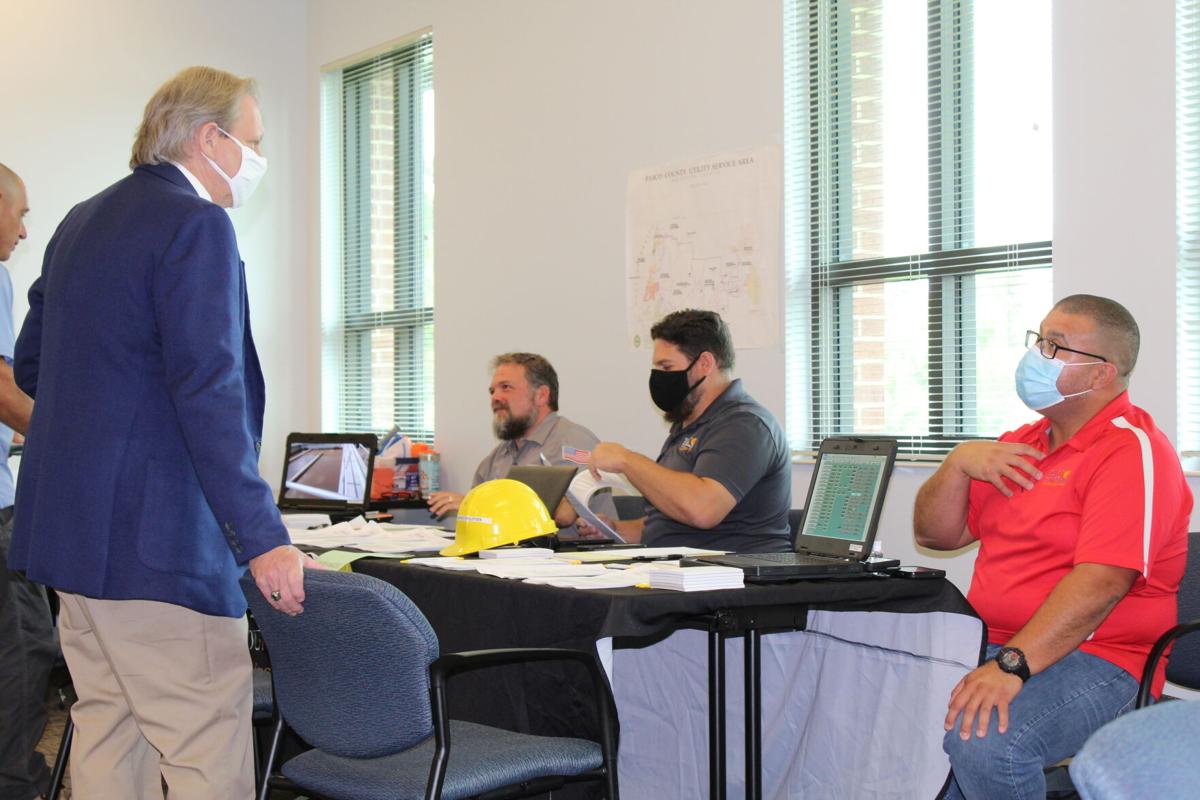 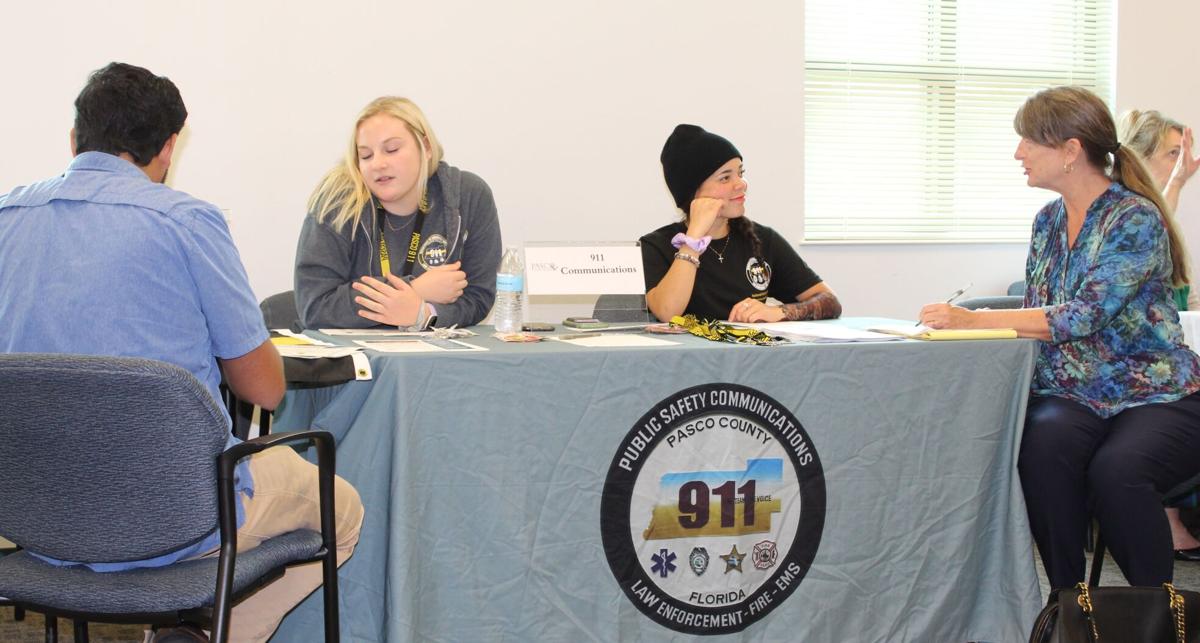 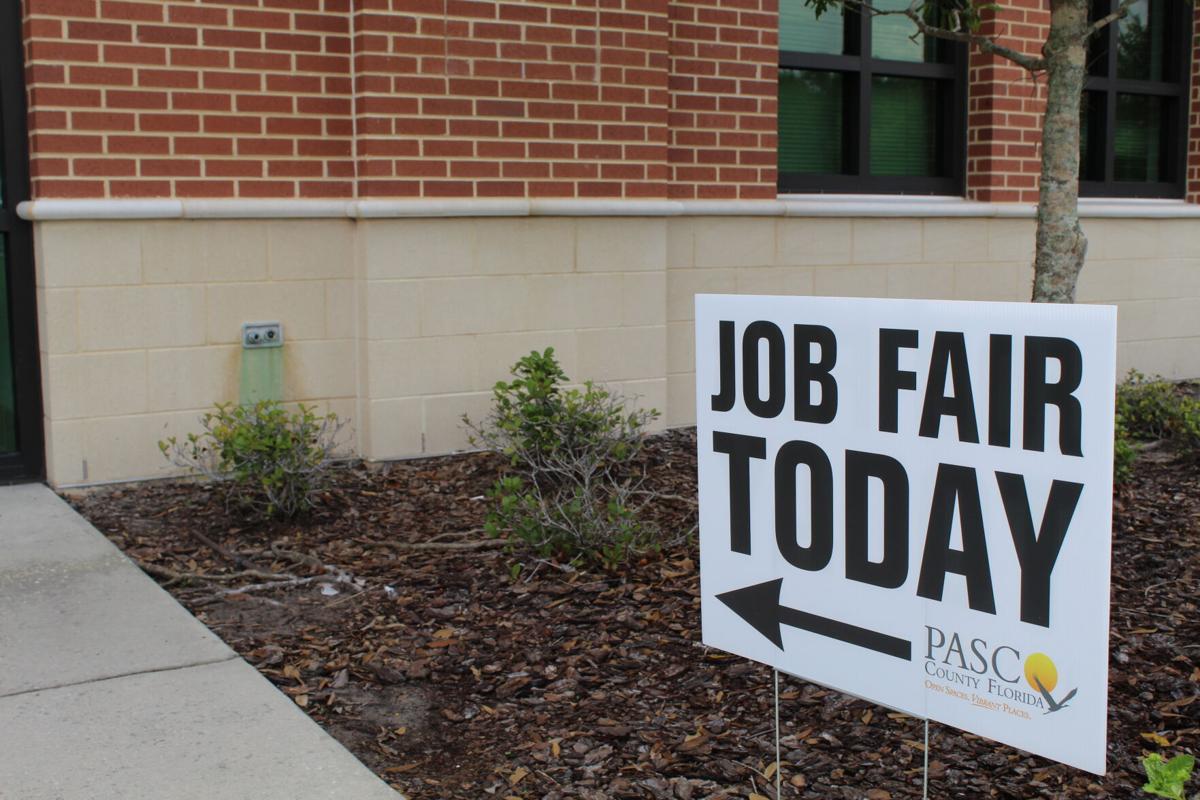 The June 15 event was held at the Pasco County Utilities Building in Land O’ Lakes and follows previous job fairs held in West Pasco (March 30) and East Pasco (May 4).

Registration was not needed to attend any of the recent job fairs, as the county is seeking to fill a variety of open positions while also providing quality opportunities for residents. At the June 15 event in Land O’ Lakes, job seekers approached various stations manned by employees staffed in departments such as utilities, parks and recreation, engineering and 911 emergency services.

“It’s been a steady flow,” said Michael Avila, a water treatment lead operator with the Utilities Department. “We’ve had some great candidates come in and some great potential. There was a lot of the younger generation that walked through the door, but it’s been a mix and it’s been promising.”

The COVID-19 pandemic had a dramatic effect on employment nationwide and county employees said it was a frequent topic of discussion. “There are a lot of people affected by COVID that may have been pushed out from what they were doing and are trying to find something new,” said Kevin Grammer, a recreation coordinator with Parks, Recreation and Natural Resources.

The county’s job fair setup not only allows candidates to hand over resumes directly to potential new employers, first interviews can be conducted on the spot.

“It helps with the first impression instead of just pulling the application from online and reading it,” said Sara Logan, a fellow recreation coordinator at the table with Grammer. “Getting that first impression from somebody gives them an advantage to show us what they’ve got.”

Being able to get a feel for a candidate’s experience also allows employees to steer them in the right direction, said Grammer and Logan, mentioning an individual they redirected to a table where surveying and mapping skills could come in handy.

Avila and other county employees at last week’s fair said future events are expected. “It’s part of us trying to get out there and promoting that the county is a good place to work for,” Avila said, mentioning Pasco County’s recognition earlier this year as a 2021 Top Workplaces USA award winner by Energage, a company that analyzes workplace cultures and efficiencies.