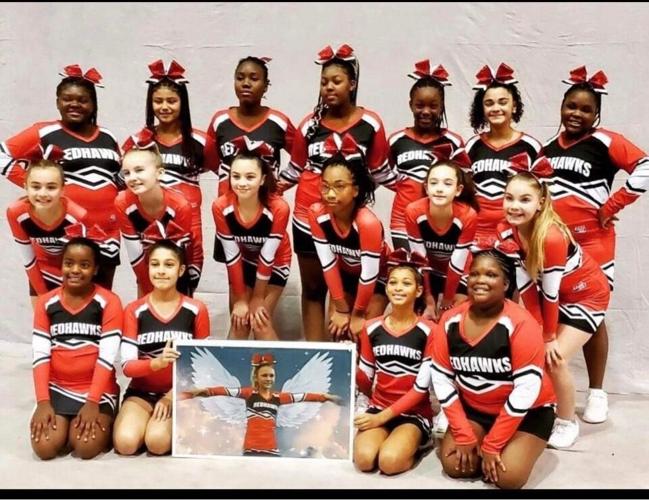 The Manchester Redhawks holding a photo of Jaidyn Bolduc. 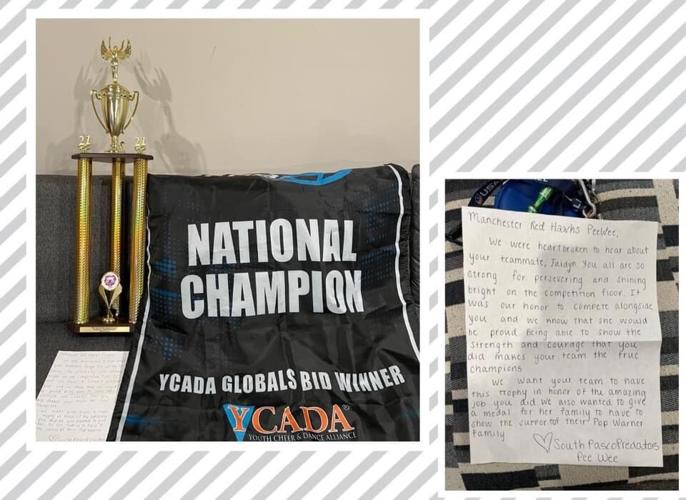 Image of the trophy, banner and letter the Florida team sent to Connecticut.

The Manchester Redhawks holding a photo of Jaidyn Bolduc.

Image of the trophy, banner and letter the Florida team sent to Connecticut.

Just as there’s no “I” in team, the South Pasco Predators wanted to convey a message of good sportsmanship to a fellow cheer group who recently suffered a loss of their own.

The Manchester Redhawks flew from Connecticut to compete in nationals at the Orlando Convention Center this past December with a hole in their hearts. Cheer member Jaidyn Bolduc, at 11 years old, died in a car crash days before they were set to leave for Florida.

“As a coach and a mom, it’s just heartbreaking,” said Sabrina Shea, head coach of the South Pasco Predators peewee team. “We didn’t know until we got to the competition, they performed ahead of us, so we didn’t get to watch their performance. All the parents were telling us about it.”

Watching a video of the Redhawks’ performance, Shea said she couldn’t even imagine the strength the team must have had to go out and perform. During the competition, Jaidyn’s teammates held up a picture of her as they performed their routine.

It was important to Shea and the South Pasco Predators coaches to make this gesture because, as Shea said, “It’s not always about the win. For us, as coaches, we try to teach the kids it’s about hard work and sportsmanship. When you go to a competition, yes, emotions are high but at the end of the day, we’re all still family, we’re all representing our individual leagues.”