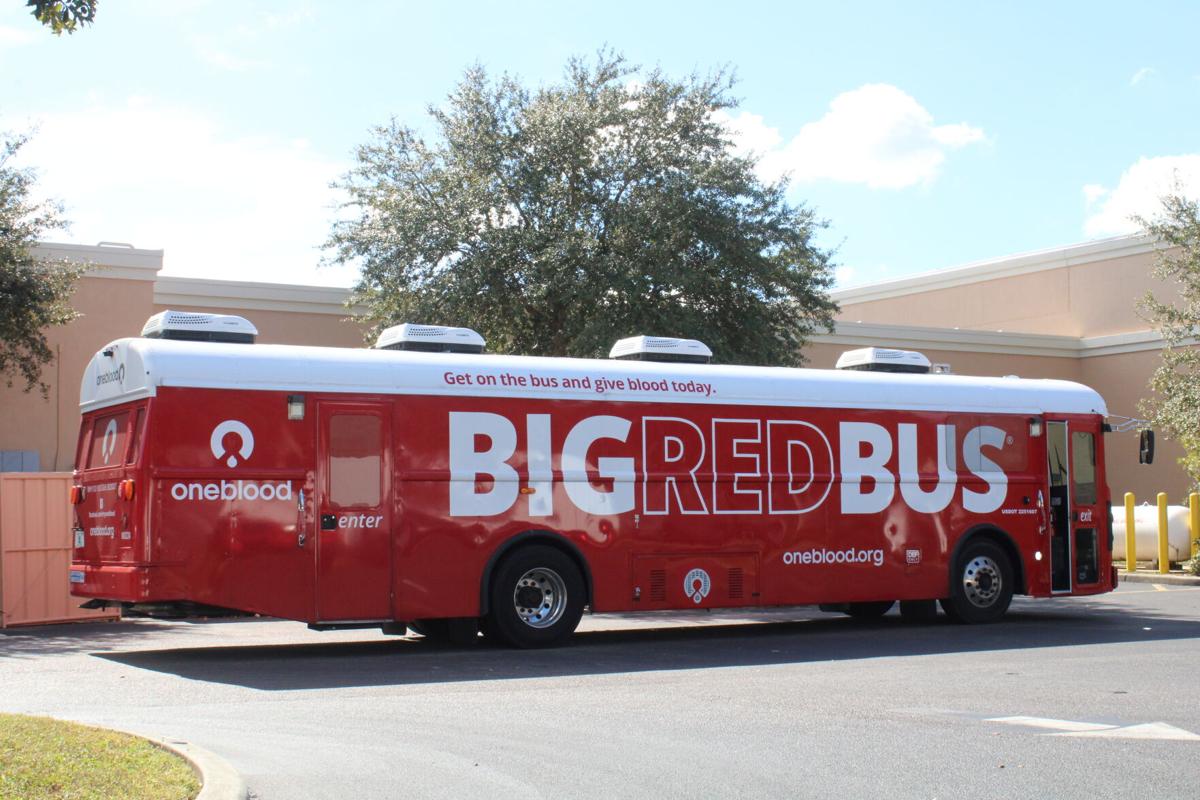 A OneBlood bus is shown parked in the back of the Publix shopping center. 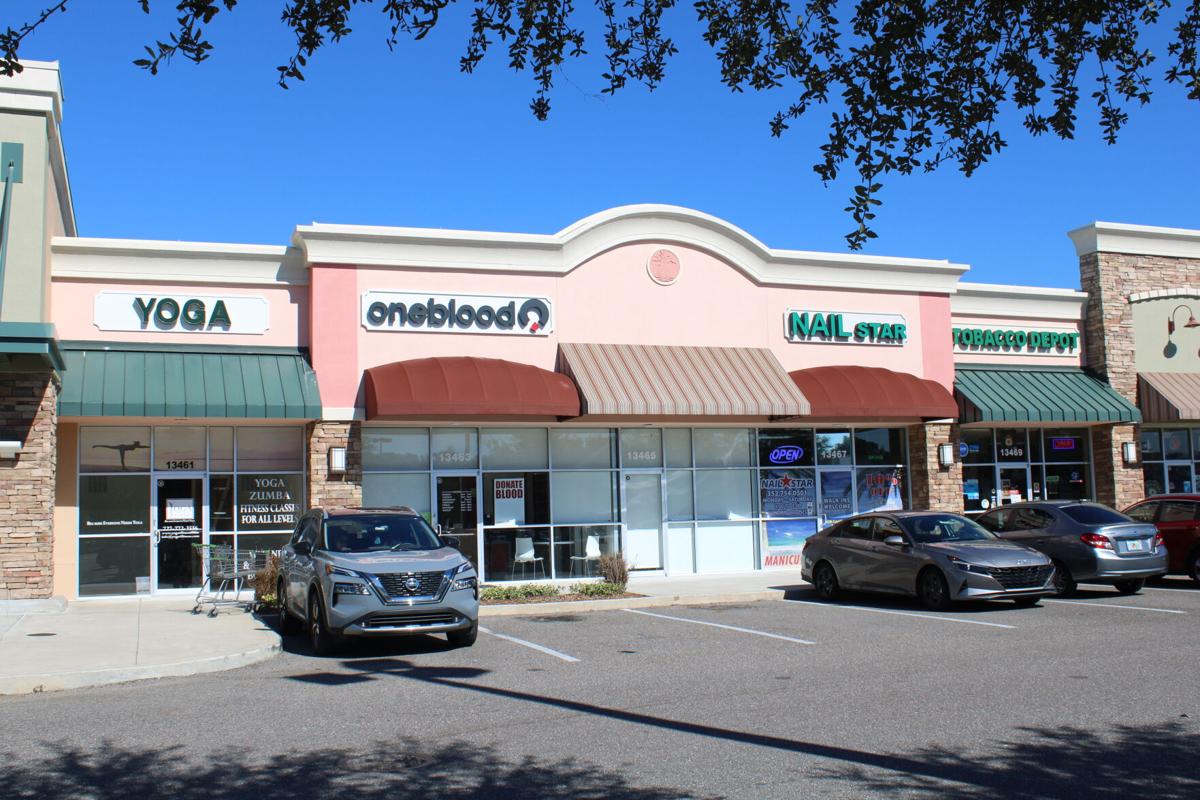 The new OneBlood Donor Center is in the Publix plaza on County Line Road. This one soon will take over the storefront to the left. 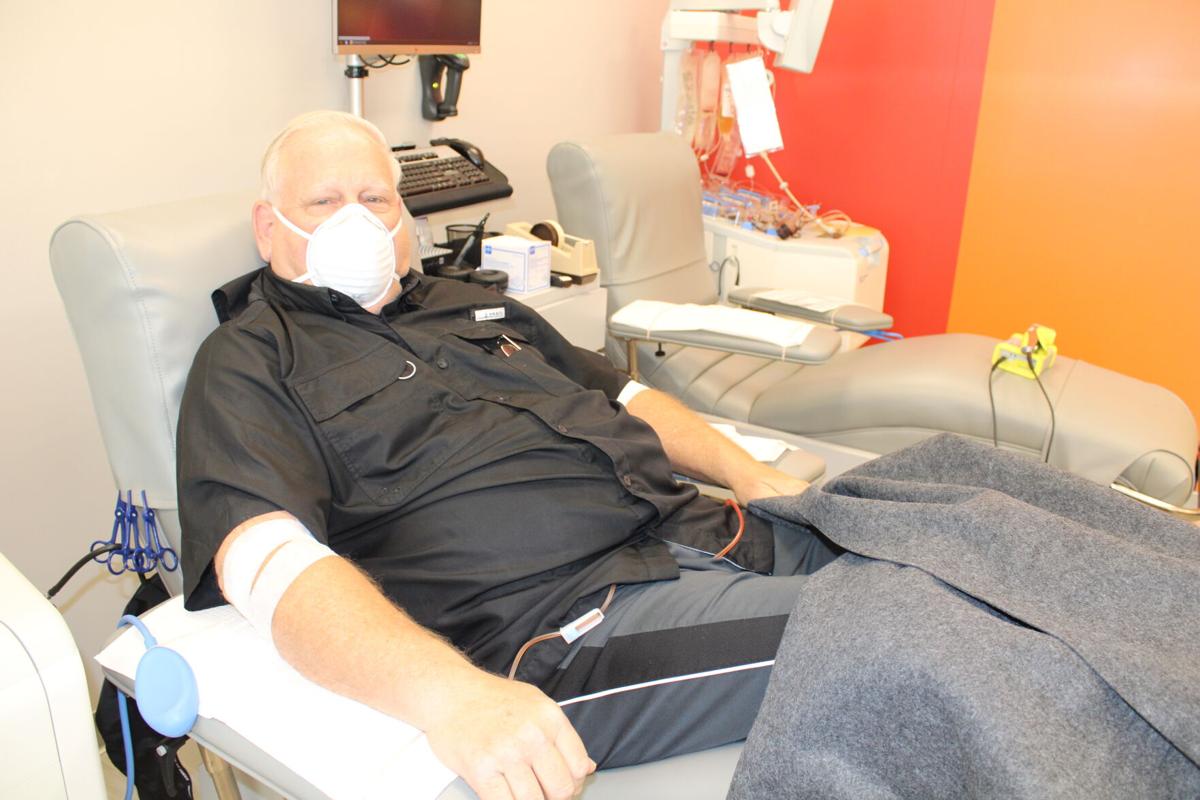 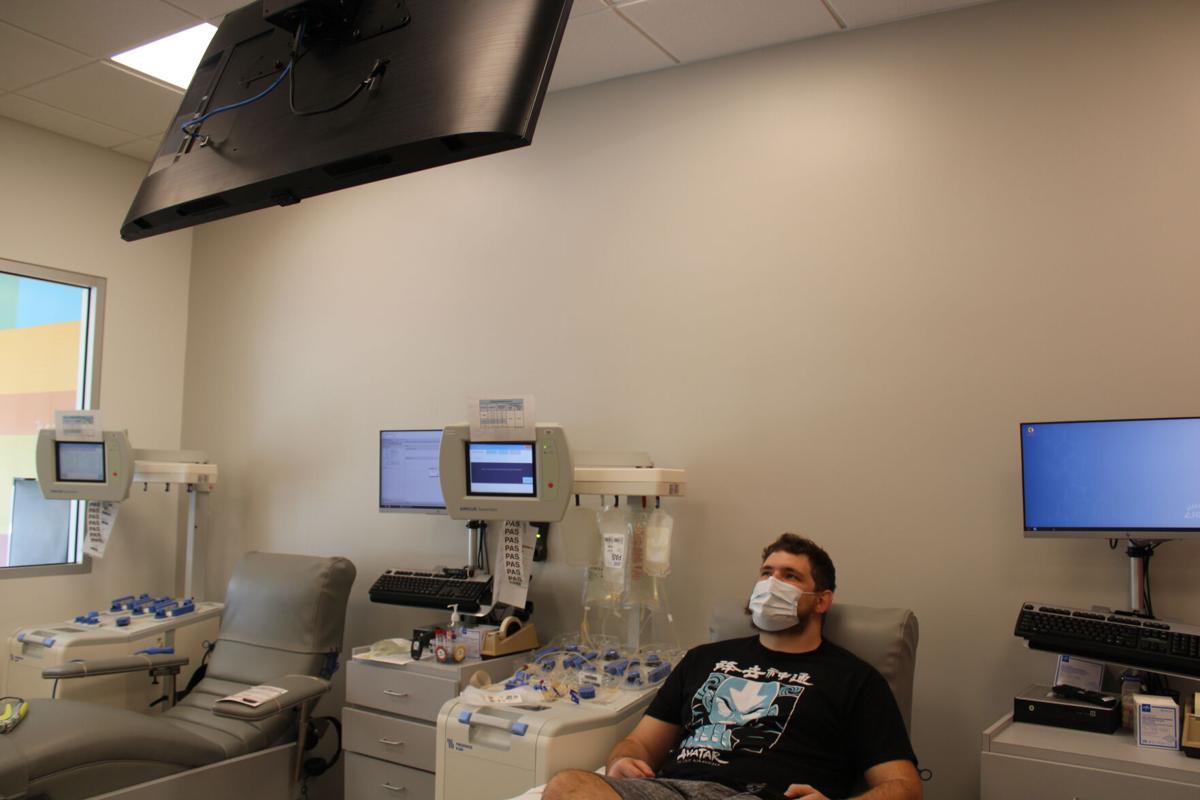 Chris Peacock picks a TV show while waiting to give blood recently. 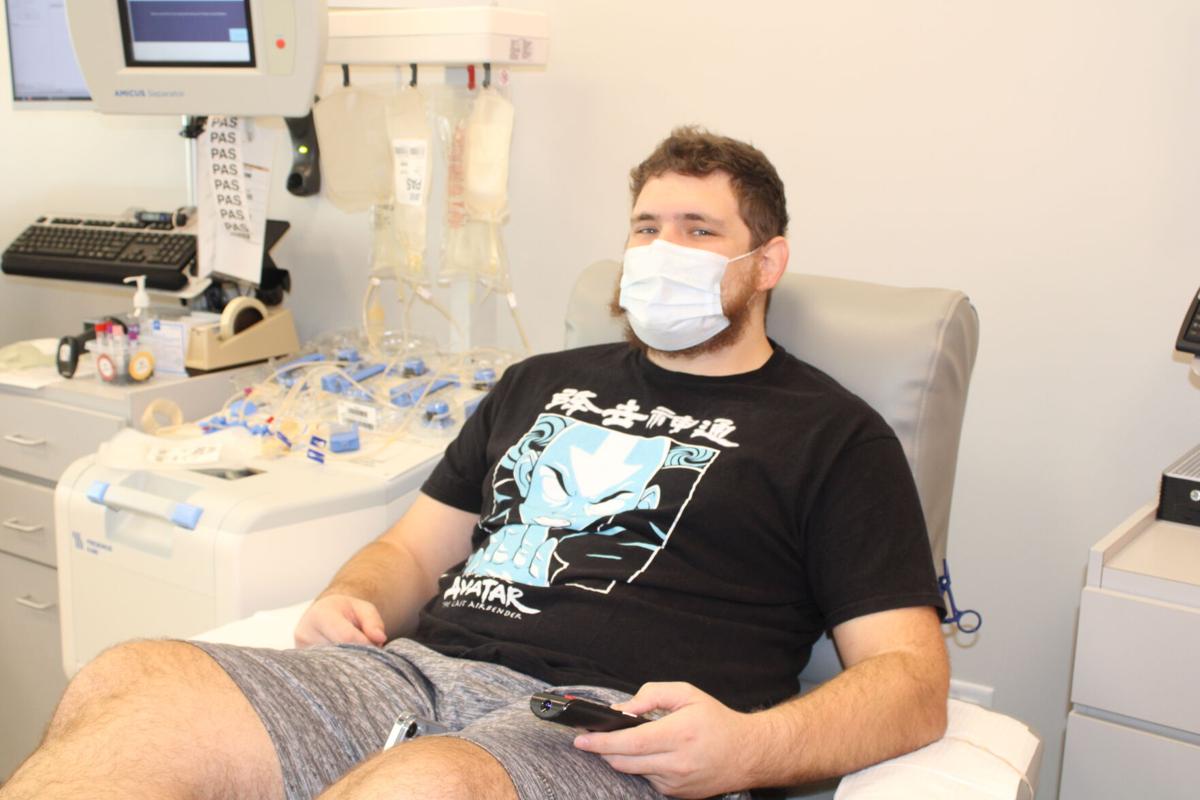 A OneBlood bus is shown parked in the back of the Publix shopping center.

The new OneBlood Donor Center is in the Publix plaza on County Line Road. This one soon will take over the storefront to the left.

Chris Peacock picks a TV show while waiting to give blood recently.

SPRING HILL — Chris Peacock settled into one of the beds at OneBlood and watched as a technician prepared to have him donate some of his blood at the new facility at the recently opened facility.

OneBlood still has the familiar red buses that go around and set up in parking lots. There’s a big demand for blood, said Pat Michaels, the company’s director of media and public relations, and donors have a choice to give whole blood, red blood cells or platelets.

A donor can give platelets once a week, red blood cells every three to four months, and whole blood every two months.

The new location at 13463 County Line Road in Spring Hill opened recently, Michaels said, and even now the storefront will be expanding into a unit next door. That place will be used for equipment and offices, he said, and to store materials for the buses.

Not only that, the large parking lot means two to three buses can be staged there overnight.

Inside the donation room it’s a clean and pleasant environment. Peacock, 25, says his girlfriend works for OneBlood and he’s a stay-at-home dad of one child.

“I enjoy giving back,” he said. “When my girlfriend gave birth, she received a transfusion; obviously I’m well aware of what people need.”

If you’re giving, you’re spending some time there, he said, and he was busy with a TV remote looking for the next episode of “House of Cards,” which he’s watching for the second time.

The six beds look comfortable, and each has a large TV monitor suspended overhead but in view so you can watch your favorite show while sharing the gift of life. When they’re ready to take your blood, they drape you with a nice blanket to keep you warm, and there are snacks afterward.

“We opened the new center in Spring Hill because we’ve had such a good response from people on the bus,” he said.

On the bus, though, they can’t take platelets. In addition, the donor centers can handle more donors than the buses.

The Spring Hill center had a soft opening on Aug. 30, Michaels said, and a grand opening on Nov. 1.

They serve about 250 hospitals throughout the Southeast, and in Florida at Bayfront Hospital and others in Tampa, St. Petersburg and Orlando.

“It’s sent to hospitals where it’s needed,” he said.

COVID has increased the demand for blood, Michaels said.

“The challenge was maintaining the donations,” he said, and dealing with the challenging process of bringing people aboard and getting their donations while sticking to COVID protocols.

Larry Jasper of Spring Hill, retired from the Army, has been donating for 17 years, and is close to having given 125 gallons of blood, he said.

“I like it great,” he said of the new donation center recently as he finished giving blood. “It’s closer to my home.”

He likes the atmosphere.

“The people here are great,” he said.