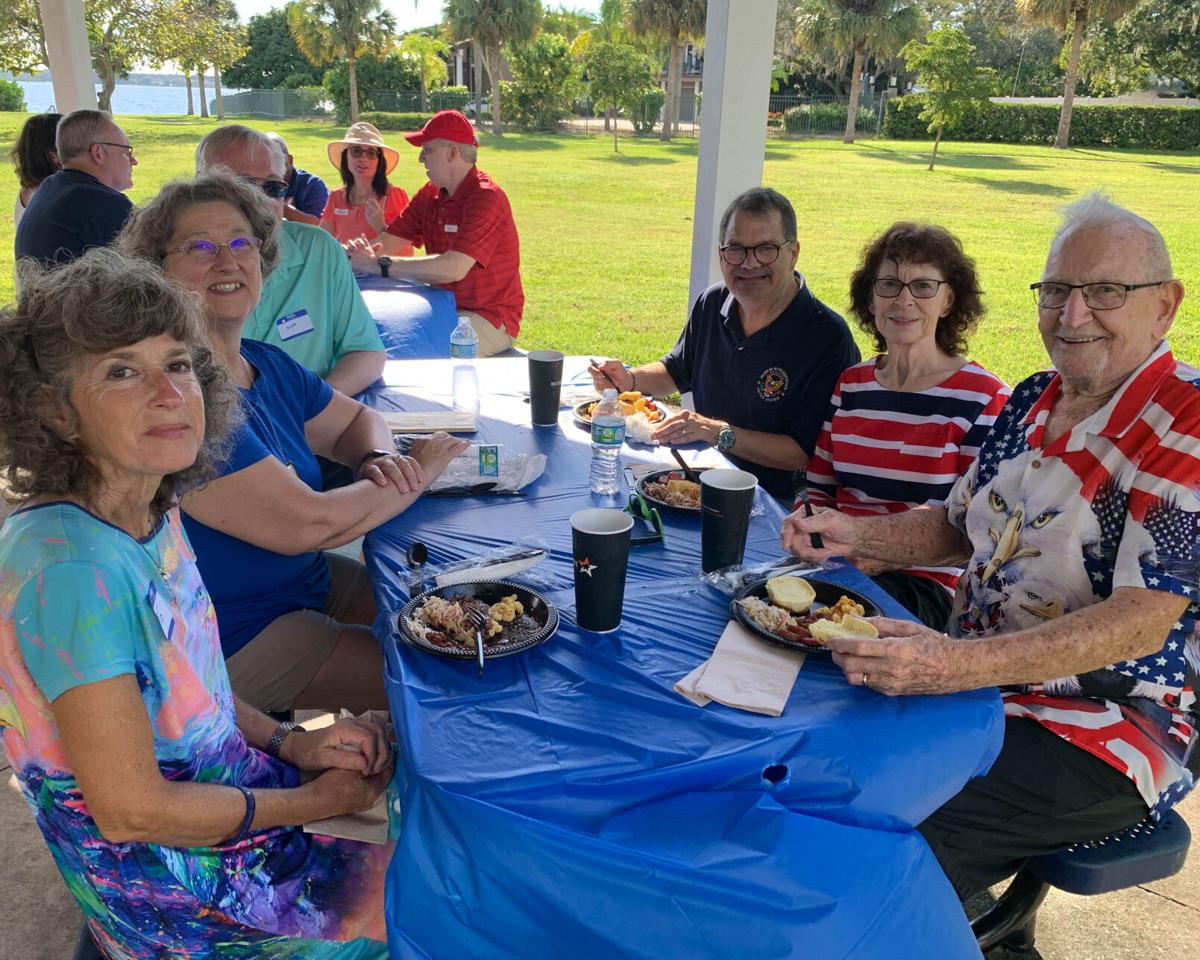 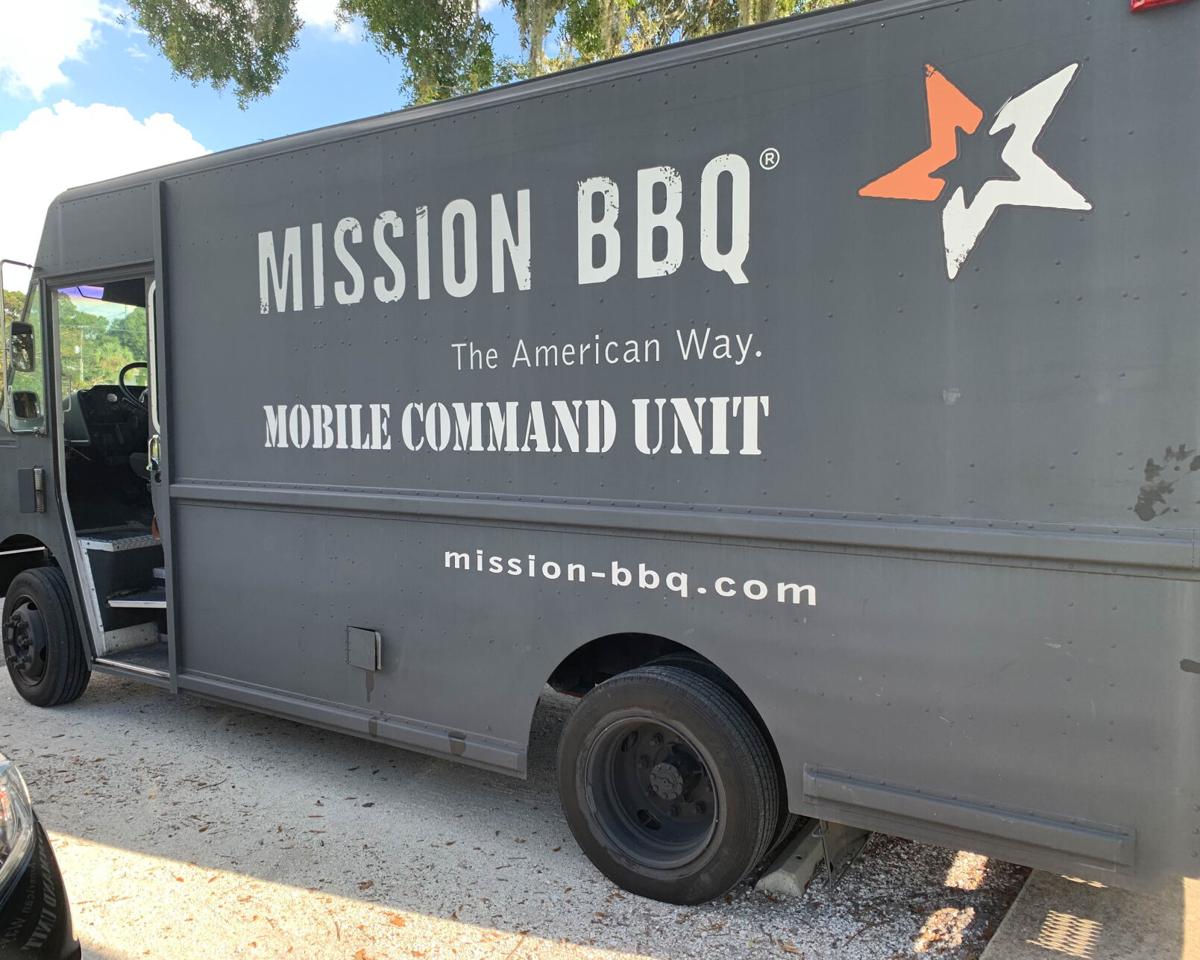 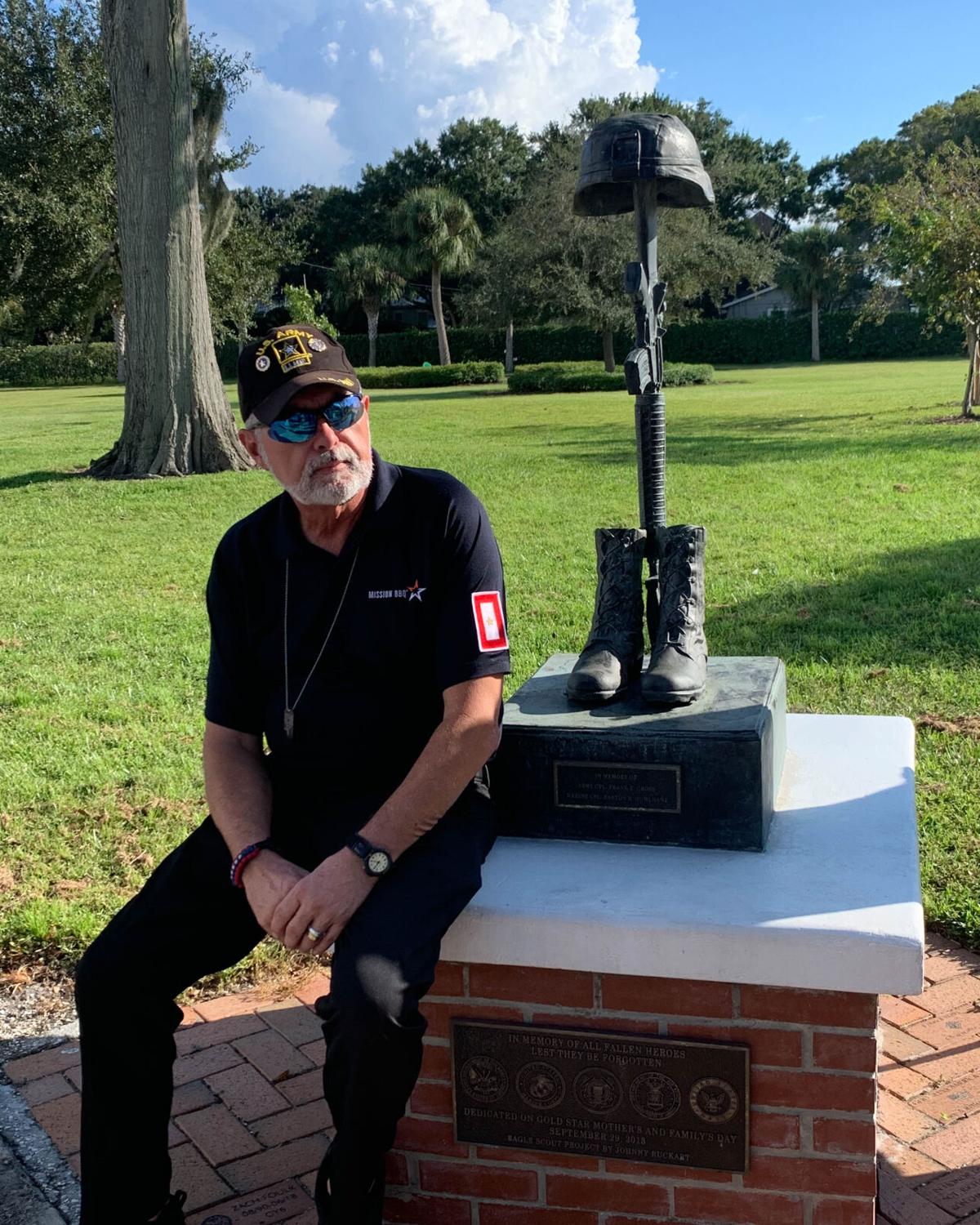 Craig Gross poses in front of the Fallen Soldiers’ Battlefield Cross at the entrance to Oldsmar Veterans Memorial Park during the Gold Star family Picnic on Sept. 26. Gross’ son, U.S. Army Cpl. Frank R. Gross, was killed in action in Afghanistan in July 2011. 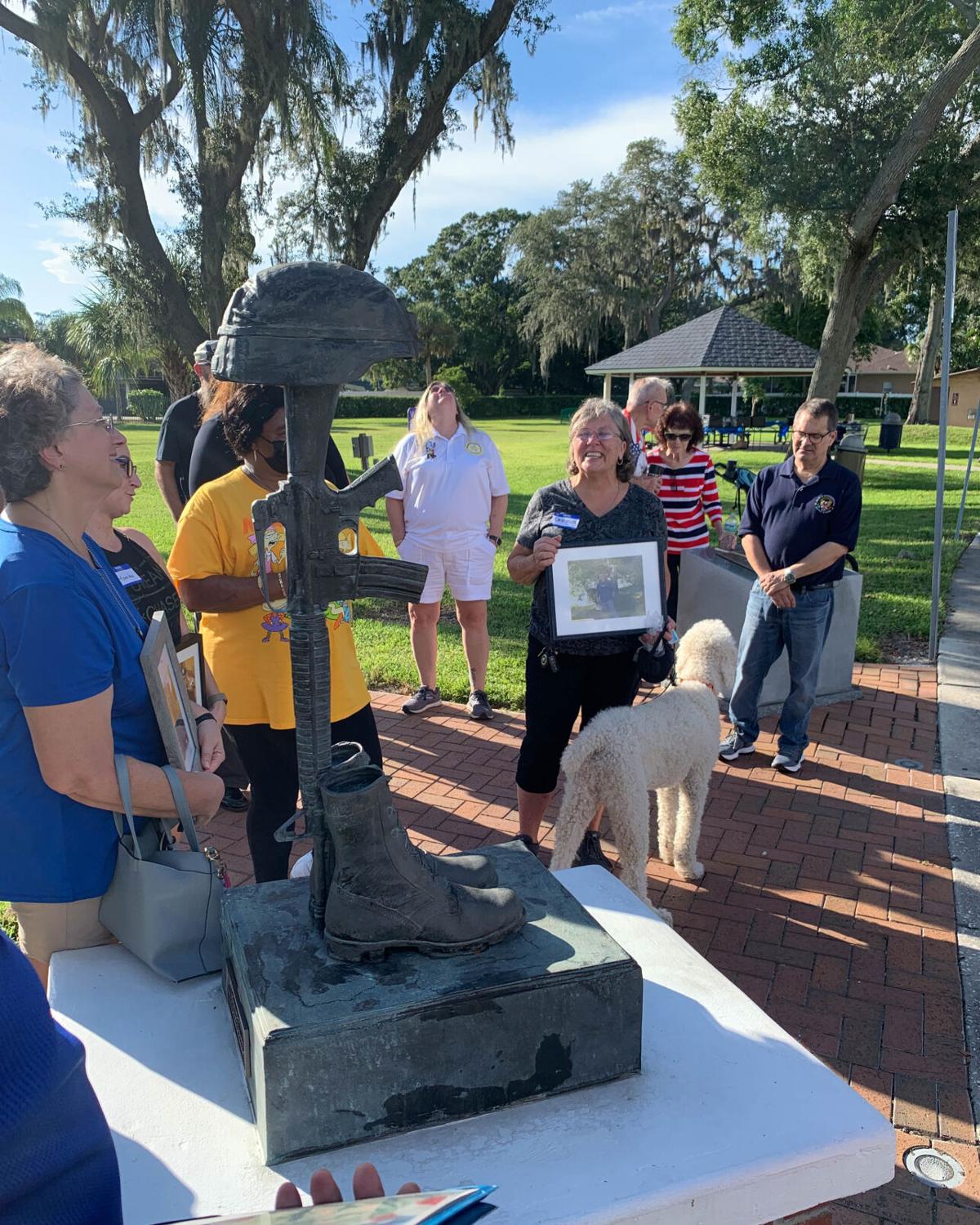 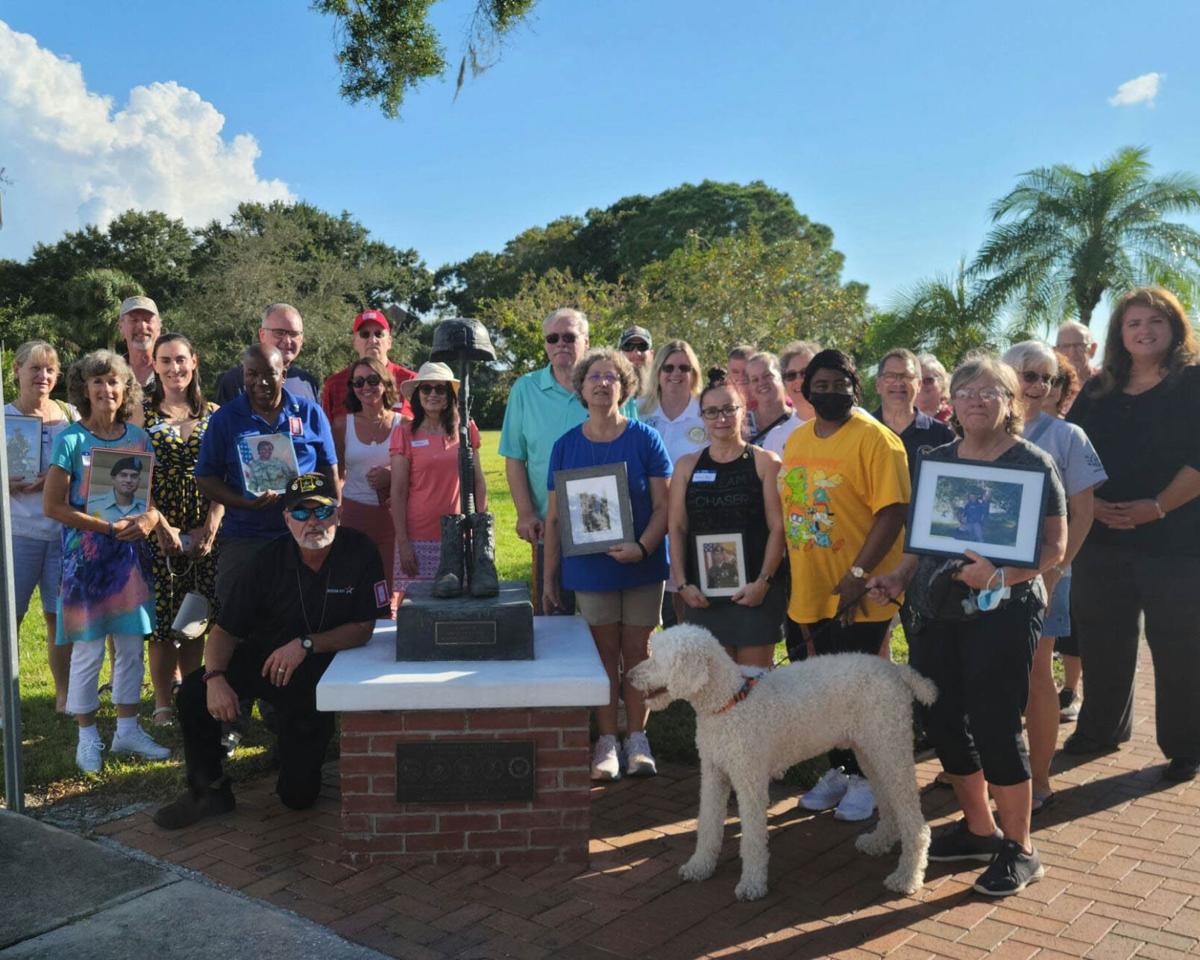 Craig Gross poses in front of the Fallen Soldiers’ Battlefield Cross at the entrance to Oldsmar Veterans Memorial Park during the Gold Star family Picnic on Sept. 26. Gross’ son, U.S. Army Cpl. Frank R. Gross, was killed in action in Afghanistan in July 2011.

OLDSMAR — During the past several years, Oldsmar has gained a reputation as one of the most veteran-friendly cities in the state, a designated Purple Heart Community with Memorial Day, Veterans Day and other military-related events held annually at the city’s picturesque Veterans Memorial Park.

One such event Oldsmar typically recognizes that many communities don’t is Gold Star Mothers and Family Day, held annually on the last Sunday in September and designed as a solemn day to honor the parents, spouses and families of fallen military service members.

On Sept. 26, Veterans Park played host to a Gold Star Family Picnic and according to Toni Gross, whose son, U.S. Army Cpl. Frank R. Gross, was killed in action in Afghanistan in July 2011, the event served the dual purpose of remembering their fallen heroes while forging new friendships.

“On Sunday, Sept. 26, twelve Gold Star families gathered at Oldsmar’s Veterans’ Memorial Park for a time of camaraderie and to share a delicious barbecue dinner,” Gross said via email a couple of weeks later, noting Oldsmar City Council members Katie Gannon and Steve Graber, Assistant City Manager Felicia Donnelly and U.S. Congressman Gus Bilirakis also attended the private gathering. “Congressman Bilirakis spoke briefly with the families, extending his support to them, and also invited them to meet with him again, as he has done before,” she wrote.

Gross said the half-hour event began with the reading of a proclamation signed by Gov. Ron DeSantis and featured several personal touches, including a Gold Star Memorial Wreath adorned with framed photos of their fallen heroes. She noted “each of the families brought a dessert to share that was their hero’s favorite dessert.” They also took a group photo in front of the Fallen Soldiers’ Battlefield Cross at the entrance to the park, where each family member said the name of their fallen hero, before “the picnic concluded as it began, with a prayer.”

“There were tears and laughter on that afternoon, and new friendships were forged among the families and officials,” Gross said. She thanked “the leadership of Oldsmar for your enduring support, Mission BBQ for the delicious meal and the Oldsmar based nonprofit Gold Star Awareness for sponsoring it. It was truly a beautiful day, a perfect day, to remember our fallen and enjoy the fellowship of other families in a lovely and peaceful setting.”

The emotional impact of the low-key event was not lost on Gannon.

“It was an honor to be invited to the Gold Star Family Picnic at our beautiful Veterans Memorial Park,” she said via text. “As we encircled the Battlefield Cross, each of the Gold Star families said aloud the name of their lost loved ones while clutching their photograph, and I couldn’t help the tears. The city of Oldsmar is so grateful to support Craig and Toni Gross in their tireless efforts on behalf of Gold Star Families everywhere.”