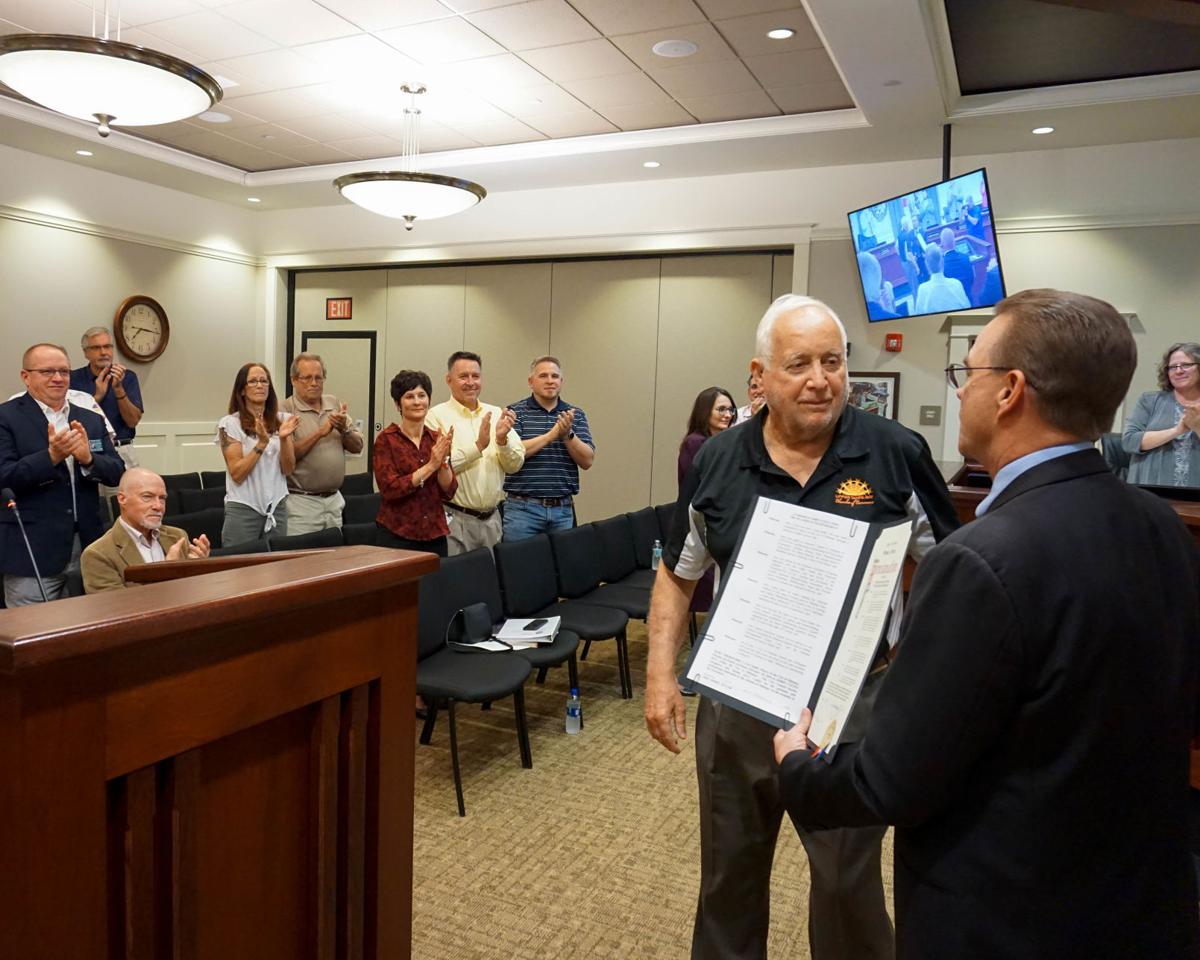 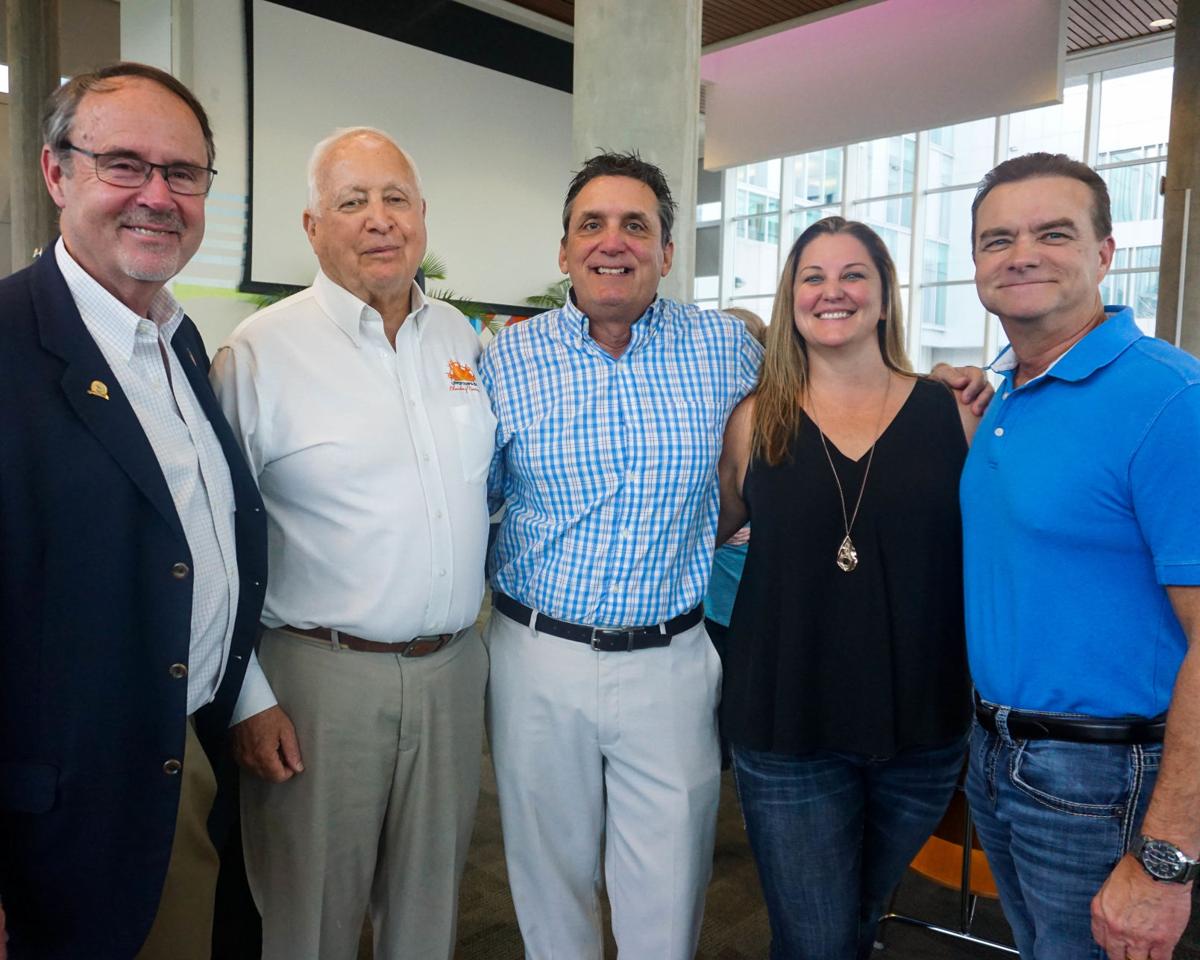 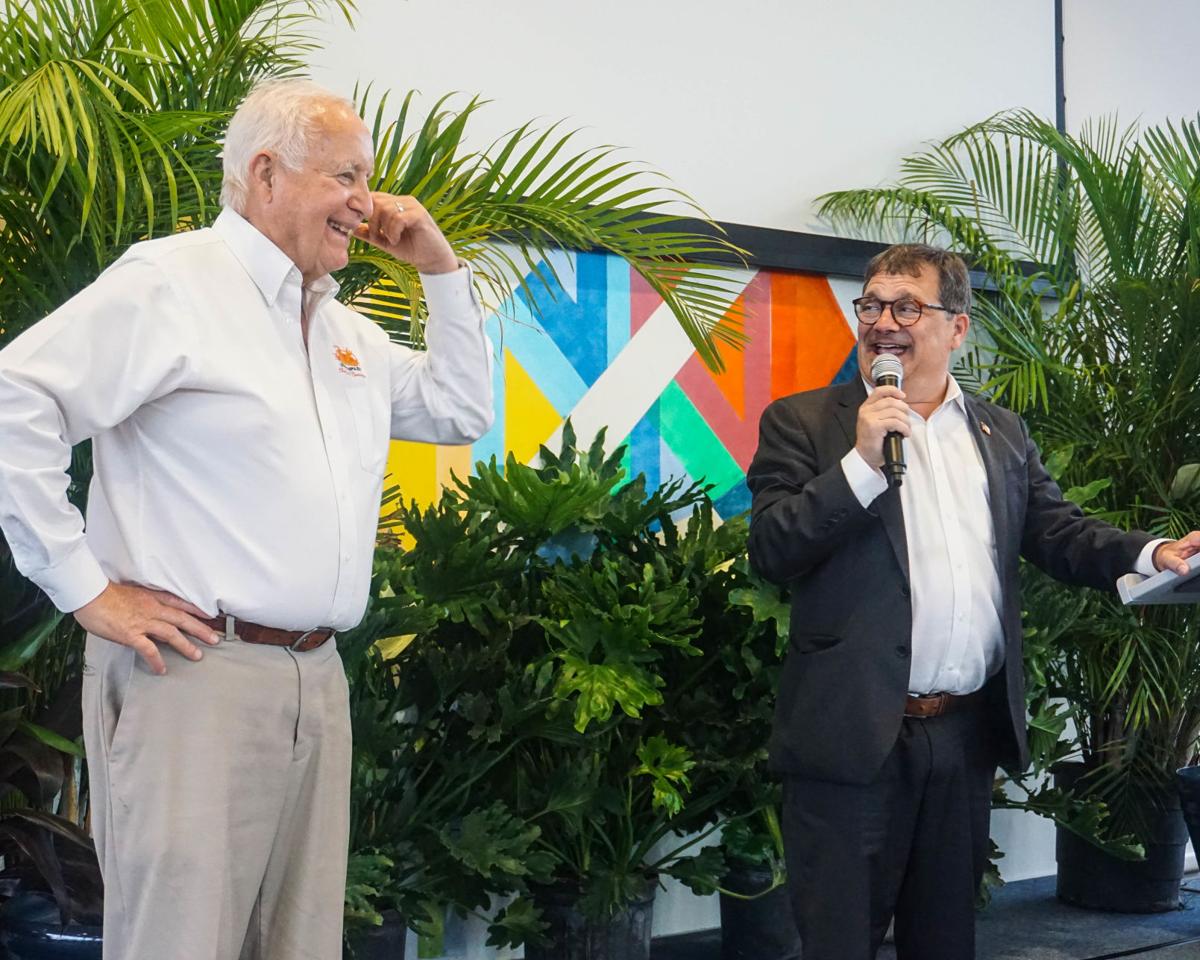 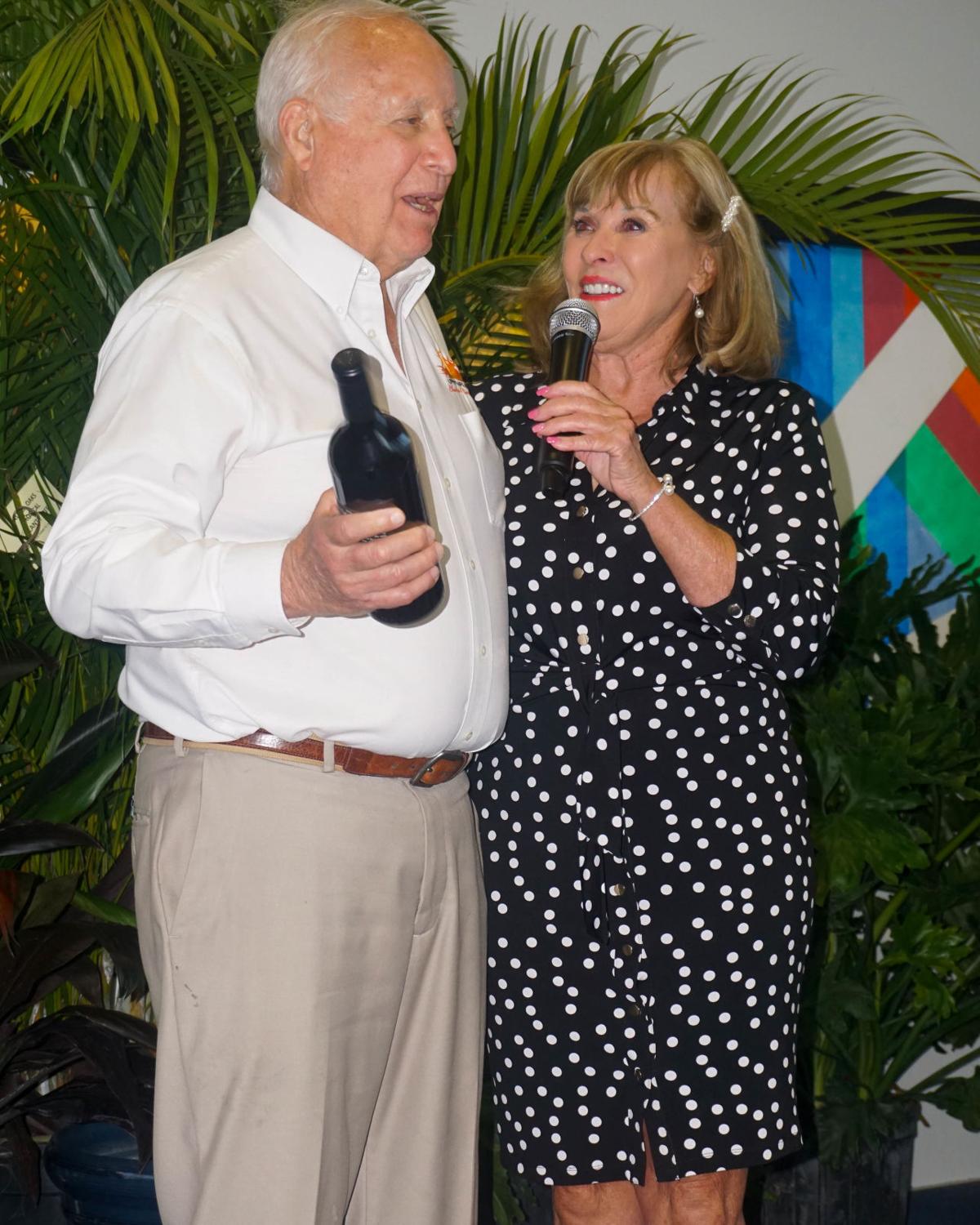 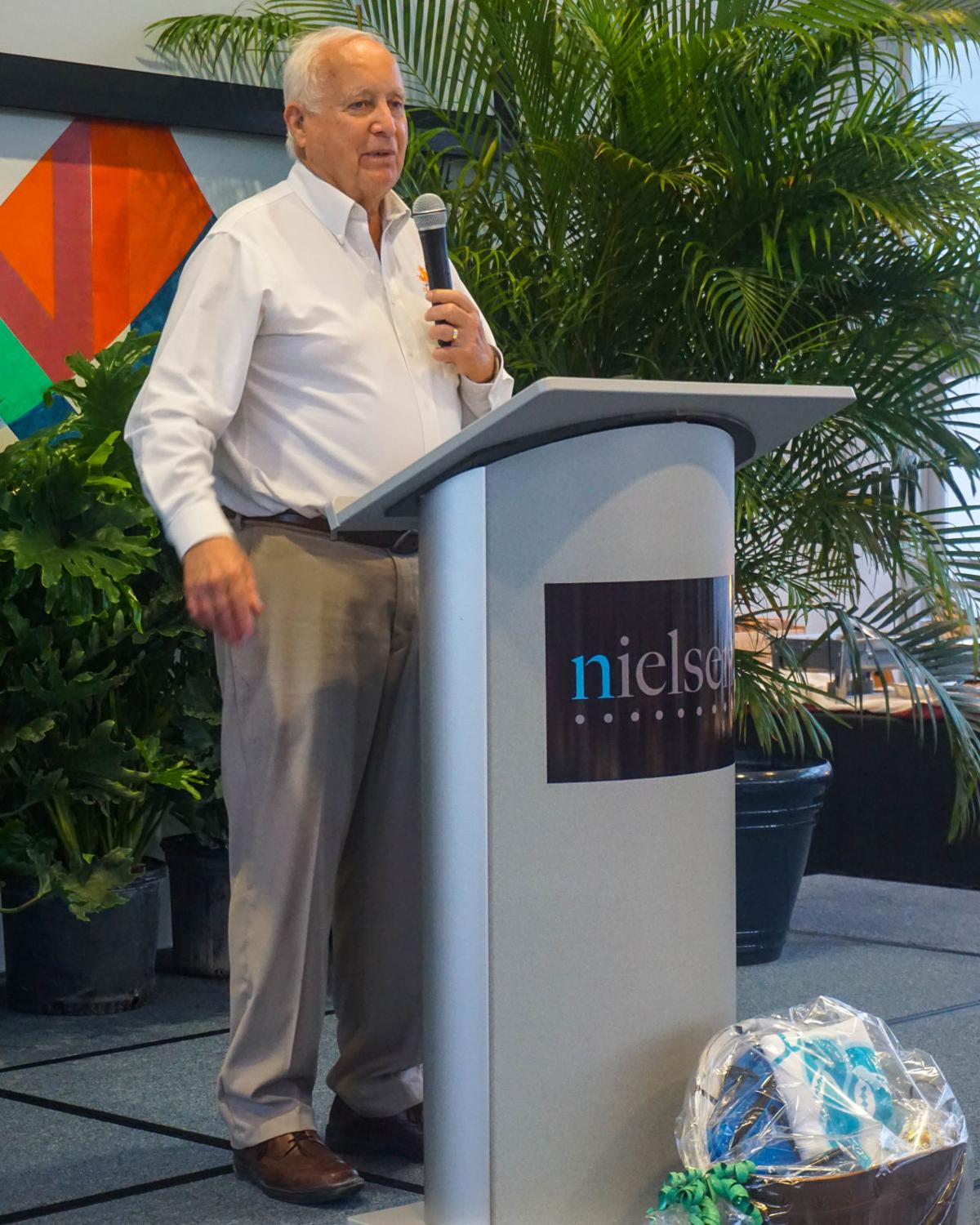 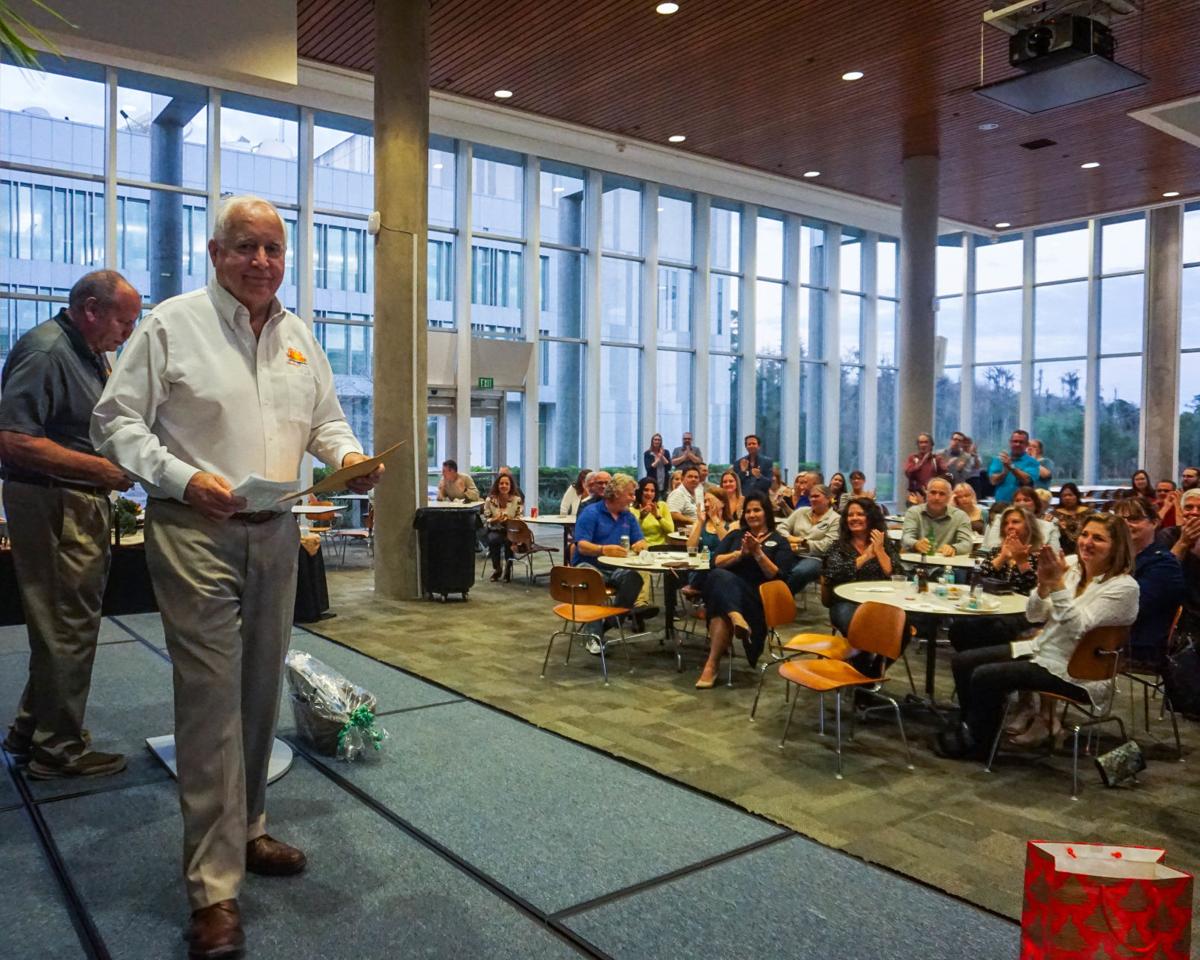 OLDSMAR — You can tell how much someone is appreciated by who shows up for their going away party.

And when past and present mayors and city council members, a County Commissioner and a U.S. House member, among others, come to say farewell, you know the person must be a big deal.

The aforementioned politicos, including former Oldsmar Mayor Doug Bevis, Pinellas County Commissioner Dave Eggers and U.S. Rep. Gus Bilirakis, R-Palm Harbor, as well as dozens of Jerry Custin’s colleagues, family and friends, showed up on Feb. 24 to celebrate the retirement of the longtime Upper Tampa Bay Chamber of Commerce official. Custin is stepping away from his full-time chamber duties after nearly 20 years serving the city.

And despite Custin’s distain for the spotlight, Upper Tampa Bay Chamber President and CEO Jerry Peruzzi said they had to recognize the man who played such a pivotal role in Oldsmar’s growth over the past two decades.

“We all got together and said, ‘We gotta do something for Jerry,’ ” Peruzzi said during the informal evening ceremony, which was held in the Nielsen dining room. “Of course, he didn’t want to, and I said tough. He touched too many people to not recognize him. They deserve to, not to say goodbye, but to say, ‘thank you.’ ”

Custin, a retired colonel with 30 years of service in the Air Force who during his time with the chamber helped develop several key programs and initiatives, including the Educational Foundation, the Holiday Sharing Fund, the Florida Suncoast Manufacturer’s Association and the widening of Race Track Road, was first recognized during the City Council meeting on Tuesday, Feb. 18.

Indeed, about halfway through the Nielsen event, Bilirakis took the mic to praise Custin, whom he called a longtime friend and advisor. “Jerry, I want you to know how much we think about you,” Bilirakis began. “In December I was at a Christmas party with my staff and I was asked who my favorite constituent was, and without hesitation, it took me one second to say Jerry Custin. And I have over 800,000 constituents!”

The Palm Harbor Republican said Custin “is such a great man and an American hero—he served his country and then served Oldsmar…and I don’t think there’s a better person than Jerry Custin, and I mean that.”

Custin, who was president of the chamber from 2007 until 2016, received more praise, plus a personally delivered autographed bottle of wine from the vineyard of World Golf Hall of Fame member and former LPGA Tour player Jan Stephenson. He also received gift basket filled with Oldsmar items from Seidel, who told Custin, “You’ve been one of those people whose fingerprints will be all over the city for years and years to come.”

From there Custin was “forced” to make a speech. “I prefer not to do this,” he said, adding, “I spent 30 years in the Air Force and my job was staying under the radar.”

Though he whipped out some notes, the man who is never at a loss for words, a quick joke or an anecdote spoke mostly off the cuff on a wide range of subjects, including the best life advice he ever received, from an admiral following a big meeting with several government higher-ups.

“He said, ‘Guys like you and I are gonna meet tens of thousands of people in our lives, and at the end of the day if you have a handful of really good friends, you’re really blessed,’ ” Custin told the rapt audience. “But you have to get along with everyone as best you can. What you want to do is not live your life to attract enemies. You want to conserve those enemies. And that’s probably the best advice I ever had. Live your life so that you don’t attract enemies.”