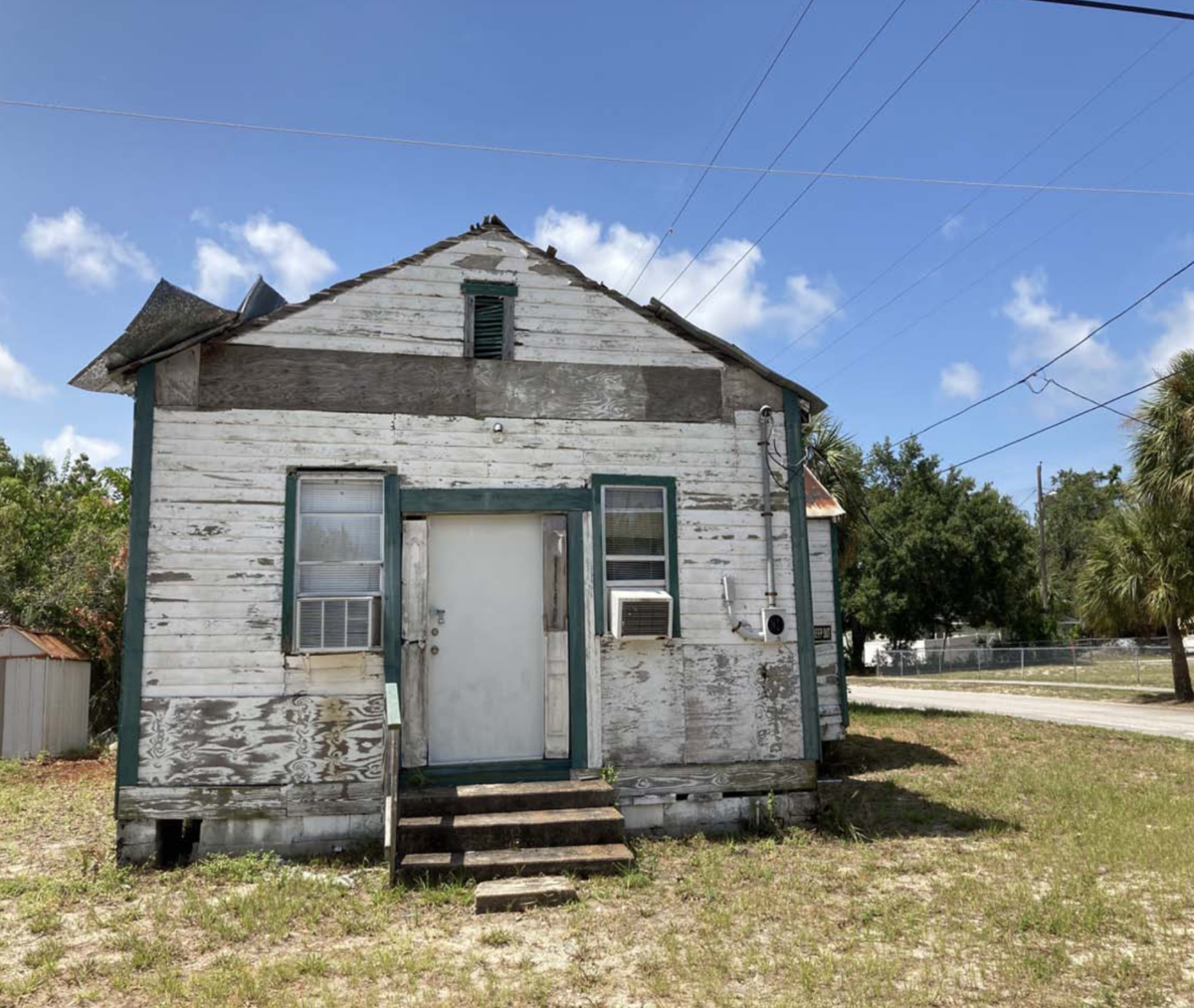 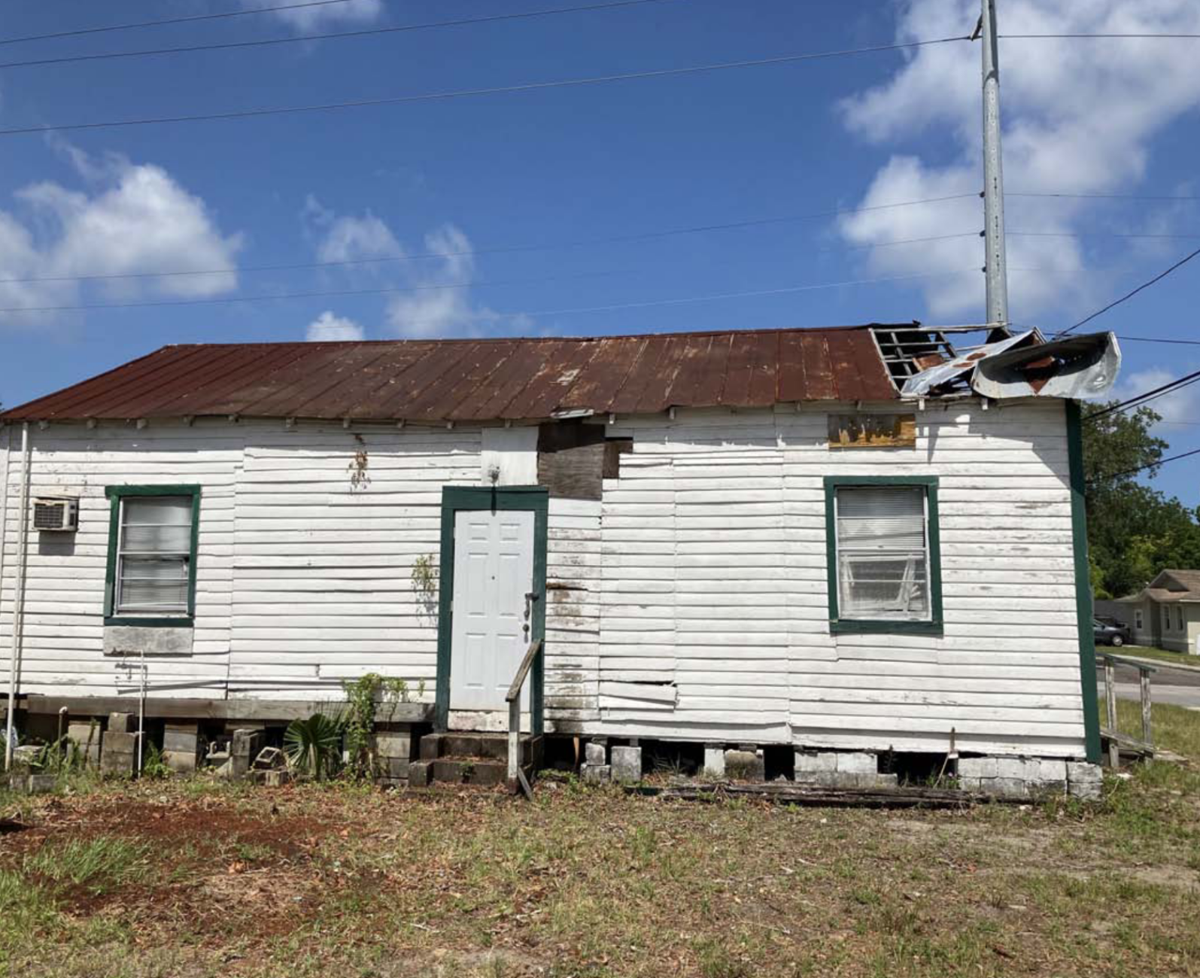 Emerson’s Good Spirit Music Ministry eventually disbanded, and earlier this year the city purchased the 5,000-square-foot lot as well as the dilapidated structure that came with it.

A subsequent inspection revealed the 905-square-foot home, which was built in 1950, had extensive termite damage, water damage and most of the structural framing members were deteriorated beyond repair, leading to questions about what to do with the historic property. After consulting with neighboring residents and community leaders, city officials presented a solution to the Board of Commissioners during its Oct. 13 meeting.

“What we’re recommending to the board is to go forward with not a demolition but a disassembly of the building,” City Manager Mark LeCouris said, noting they would “take the building apart with the hope of keeping what is good with the building for a later time when there is a decision by the board what to do with the property.”

While he admitted the cost to deconstruct the home would be roughly double the expense of demolishing it, LeCouris said he believes “the value of this building and the property to the neighborhood will be worth the cost.”

Indeed, Building Development Department Director Kevin Powell estimated the job would cost roughly $20,000 instead of $10,000, but the “significant value of the structure to the community” outweighed the difference in price. “I think it’s just a viable option for the community,” he said.

Powell also said he spoke with Annie Dabbs, longtime president of the Rose Hill Cemetery Association and an outspoken community leader, and he said Dabbs approved of the idea, a statement she supported when she called into the meeting.

“I would like to thank Mr. Powell for all his work, and I do agree with his recommendation because history is very important to this neighborhood,” said Dabbs. “And I would like to see more thought given next year what can be done with it.”

When it came time to vote, Mayor Chris Alahouzos said he agreed with the recommendation to disassemble the building and “save all the usable parts for a later date.” His fellow commissioners agreed, although Vice Mayor Jacob Karr said he couldn’t commit to rebuilding on the site because “we have a building that’s a couple of blocks over with a community center,” referring to the nearby Citizens Alliance for Progress facility at 526 E. Oakwood, “and I believe there’s not a need for another building two blocks over with a rather small footprint.

“To me it makes sense to sell the property to get it back on the tax rolls or we could look at making some type of small park for the neighborhood,” Karr said.

After commissioners Connor Donovan and Costa Vatikiotis supported Powell’s suggestion, the board ultimately voted in favor of the proposal by a vote of 4-0. Commissioner Townsend Tarapani was absent and excused from the meeting.

Afterward, Dabbs said she was satisfied.

“Oh yes, I am very happy with the decision, because I understand the building needed to be torn down,” she said by phone. “The building department decided the building was too old and they would tear it down and store it at a city facility until they decide what to do with it, and I was in agreement with that.”

Dabbs said she hopes the commission decides to construct a new community center on the property because “we need another community center in that area, not another park. Just because there’s one community center in an area of town doesn’t mean there isn’t a need for another one. The CAP center is closed on nights and weekends and we need a place where people who are working have a place to go. I’m going to write them a letter and make sure it’s on the agenda next year and it’s not forgotten.”