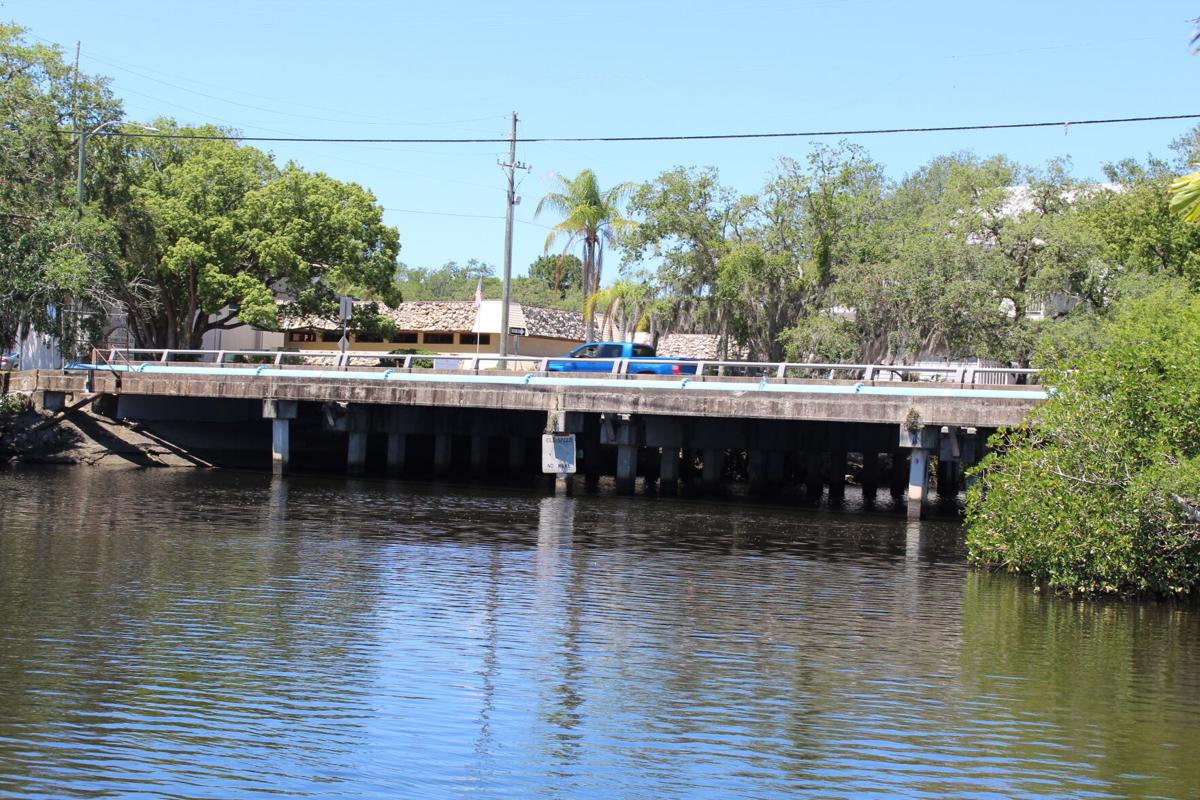 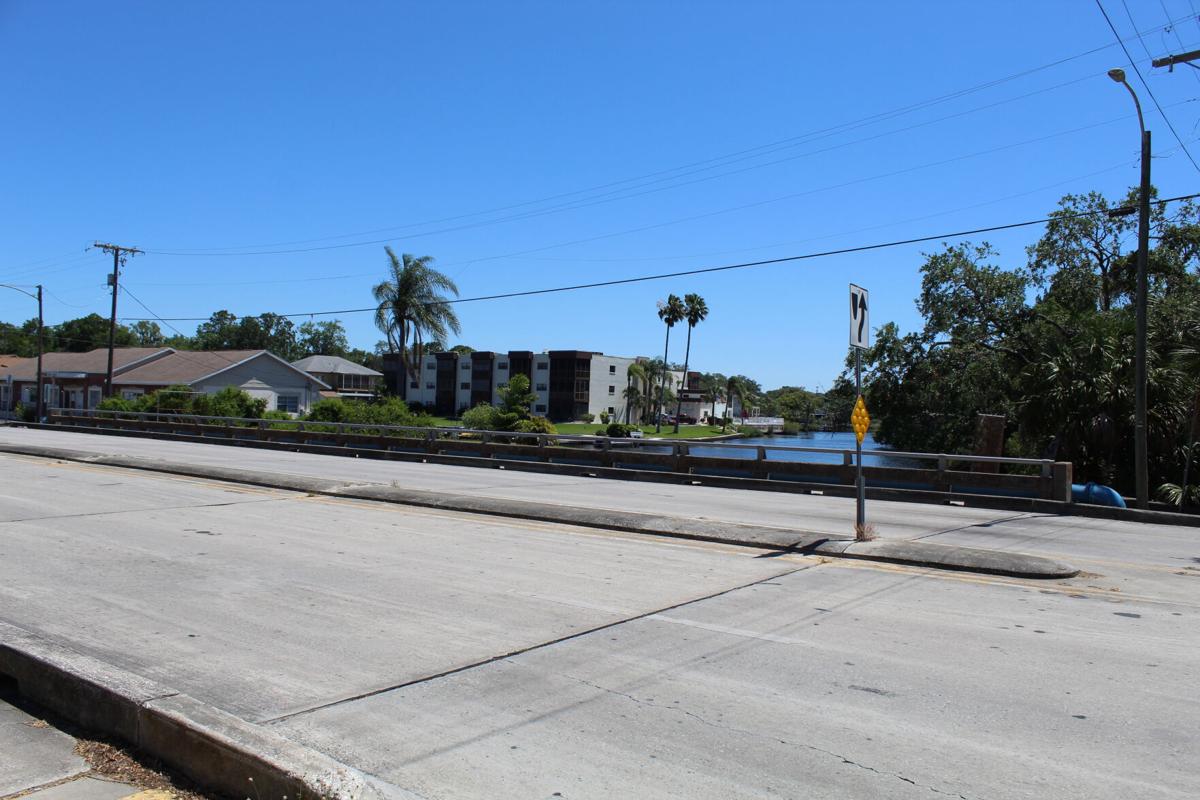 NEW PORT RICHEY — The Grand Boulevard Bridge needs replacing, and the City Council began a process that will create a new span over the Pithlachascotee River that’s a little higher above the water line.

The bridge’s replacement became required after it failed a Florida Department of Transportation inspection that identified the bridge as structurally deficient, according to the city. Pasco County engineering staff notified the city on May 12, 2020, that the bridge was expected to be replaced in fiscal year 2022-23.

The Grand Boulevard Bridge was constructed in 1957 and is approximately 150 feet long and 70 feet wide.

City and county staff have been discussing the replacement project throughout the past year. Pasco County’s initial intent was to replace the existing bridge with the same type of structure. New Port Richey, however, desired an elevated bridge that was, at minimum, the same height as the Main Street Bridge, and included top-side features that incorporate city design standards for the proposed multiuse path that will travel along Grand Boulevard.

The county determined such a bridge could be constructed 1 foot taller than the Main Street Bridge, which would be 5 feet taller than the existing Grand Boulevard Bridge. The county estimated the design of the new bridge to cost $100,000 and the construction of it to cost about $952,621.

According to New Port Richey Public Works Director Robert Rivera, the agreement makes the city responsible for the design costs and construction costs that pertain to the elevation increase of the bridge. The agreement identifies Pasco County as the lead agency.

Awarding of the design and permitting contract for the project is expected to come in August, at which point the city will have 30 days to submit an initial $50,000 payment. The final payment of $50,000 or less will be made within 30 days of the completion of the design plans, expected in 2022.

Funds for the estimated $100,000 in project design fees will come from Penny for Pasco tax dollars, according to the city.

“I’m excited about it,” council member Matt Murphy said. “It’s going to be a huge benefit to people on the east side of the bridge. I can tell you 99% of the boats on the east side don’t have a top on them because they can’t get under the bridge to get out.”

A taller bridge will allow residents to the east of Grand Boulevard to purchase nicer, larger boats, council member Mike Peters said, and could result in increased property values.

“Giving folks on the east side of the Grand Boulevard bridge the opportunity to buy a boat they can actually get out of their neighborhood will certainly help the property values there,” Mayor Rob Marlowe said, agreeing with Peters. “And I think we’re going to see some redevelopment in that area.”

Council member Peter Altman suggested that upon completion of the new bridge, nearby stretches of river could become overused by larger boats. Peters said he, too, heard of a similar concern as he spoke to residents on the east side of Grand Boulevard along “a very tranquil stretch of river.”

That issue, however, shouldn’t deter forward progress, Altman added. “There are concerns, but I think it’s the smart thing to do.

The City Council received an update from the Greater Pasco Chamber of Commerce on May 4, picking up an award in the process.

Chamber President and Chief Executive Tim McLain presented the city with the organization’s first Heart of Pasco Award for its commitment to creating a better county.

Prior to unveiling the sign to be displayed, McLain praised the city for work done in recent years to, among other things, clean up the U.S. Highway 19 corridor, redevelop the U.S. 19 and Main Street entrance to the downtown and continue improving downtown.

“I hope everybody recognizes what you’ve done,” McLain told board members. “It is incredible, especially when you start listing all the stuff that I rattled off … just in the past couple years.”

“We lost a lot of chambers around the county during COVID,” McLain said. “They just couldn’t make it.”

The Greater Pasco Chamber operates from the building New Port Richey built for it in 1972 near the Cotee River boat ramp on the northeast corner of the Main Street Bridge.

McLain also mentioned various chamber events that have been affected by the pandemic and remains hopeful the annual holiday parade will be back this year.

“It’s obviously something we want to see, too, but we’ve followed the lead from yourselves and the county and everything else,” McLain said.

Marlowe added, “With any luck everybody will have their vaccinations sooner rather than later and we’ll have a parade this holiday.”

COVID-19 caused the cancellation of the Chasco Fiesta for a second straight year, but organizers continue trying to bring portions of the popular, nine-day event to the public.

Next comes the Chasco Fiesta Car, Truck and Bike Show on May 29.

The event will operate throughout downtown New Port Richey from 8 a.m. to 4 p.m. and organizers expect more than 350 vehicles and an estimated 4,500 spectators.

On May 4, council members unanimously approved an in-kind contribution of $3,000 to car show organizers to assist with the event.

“This is one of those things we talked about earlier about little mini Chascos to keep that momentum going,” Peters said. “We had the Native American Pow-Wow that was a huge success and I think this is another thing that is perfect timing to bring people back into the city.”

Marlowe said the car show is “going to be a great event,” adding that he has a vehicle entered in the show. “The Chasco car shows are always great events and I encourage everybody to come down and check it out because there are going to be some cool rides.”