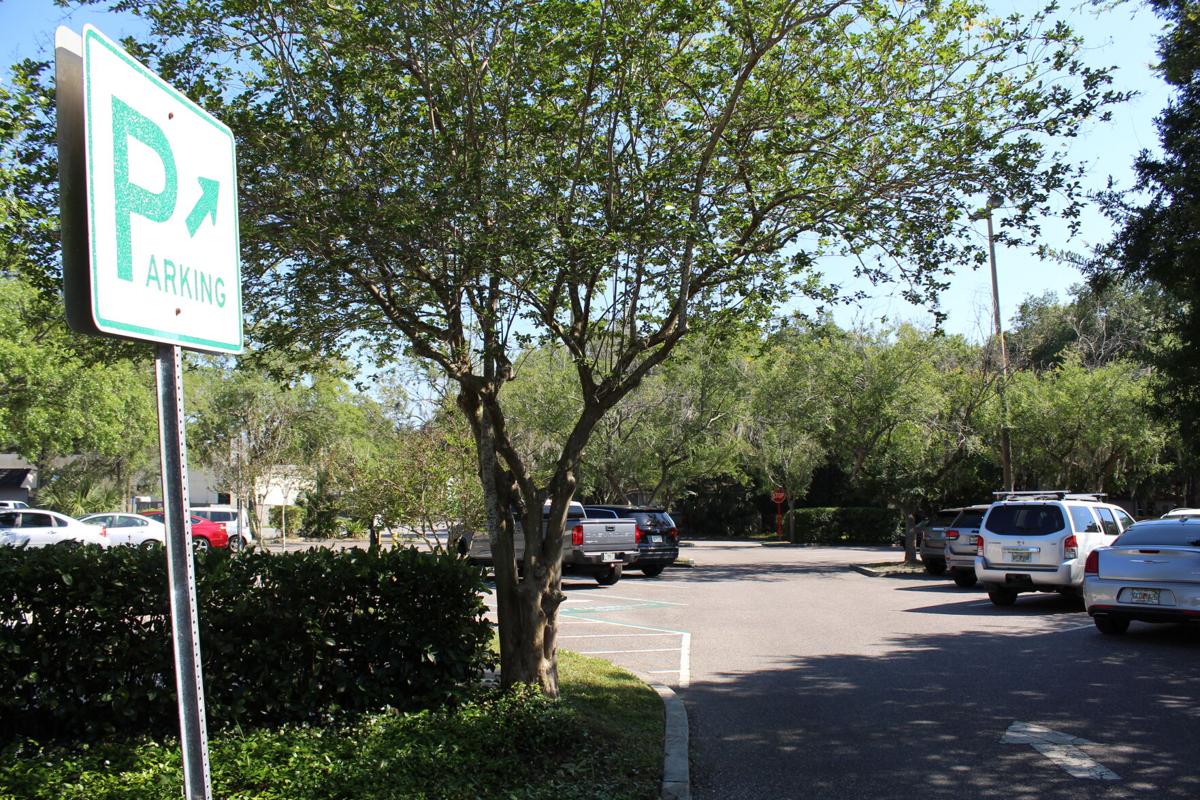 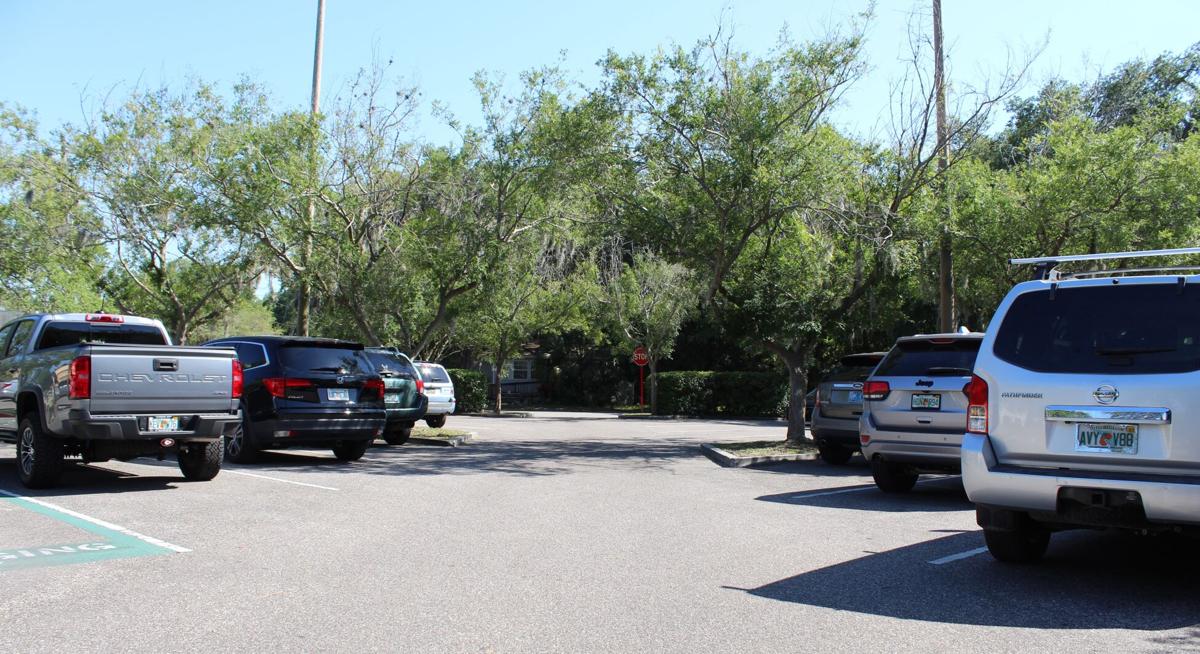 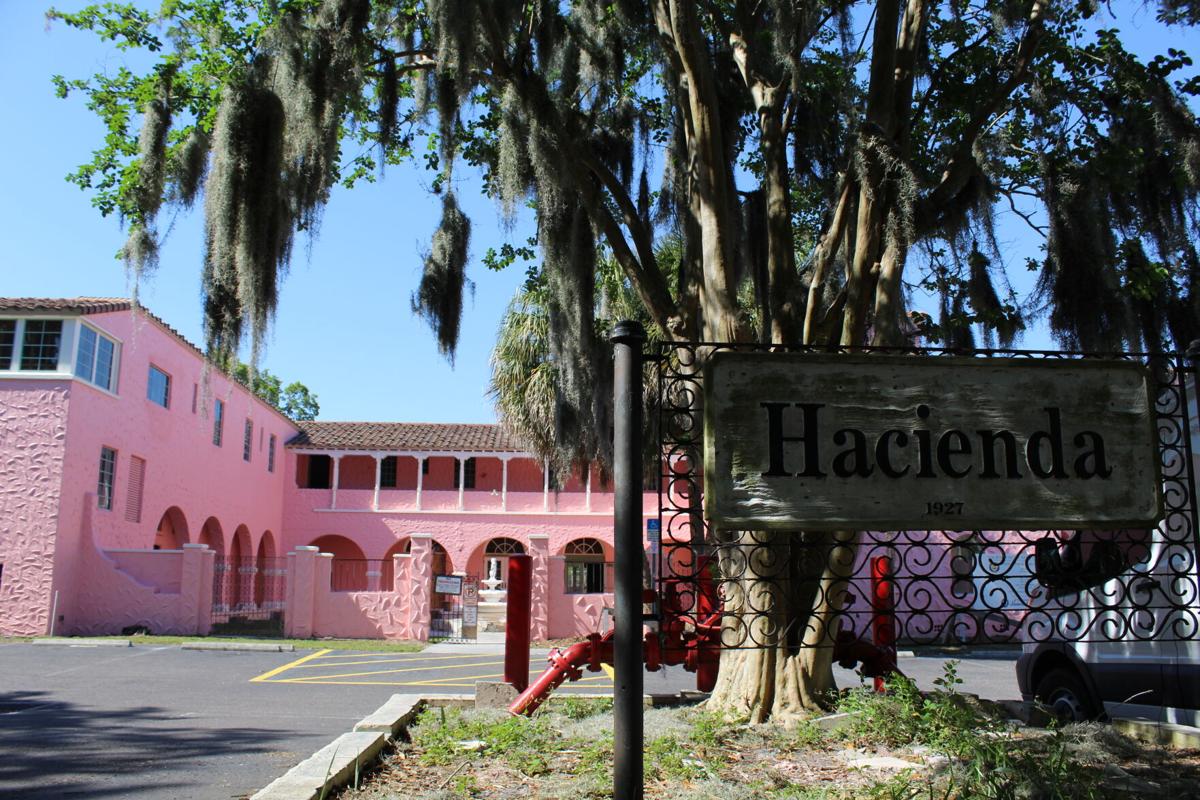 In other news, New Port Richey City Council briefly discussed the Historic Hacienda Hotel at last week’s regular meeting, approving a special use agreement that will allow the facility’s renovation group to provide an outdoor seating area for the hotel restaurant on city property. The seating area will be on the north side of the hotel, facing out to Sims Park.

In other news, New Port Richey City Council briefly discussed the Historic Hacienda Hotel at last week’s regular meeting, approving a special use agreement that will allow the facility’s renovation group to provide an outdoor seating area for the hotel restaurant on city property. The seating area will be on the north side of the hotel, facing out to Sims Park.

NEW PORT RICHEY — Coronavirus-related restrictions loosening and vaccination numbers increasing are resulting in an increase of social gatherings and events.

In an effort to accommodate guests, now and into the future, the New Port Richey City Council voted April 20 to expedite the reconfiguration of the Nebraska Avenue parking lot at a cost not to exceed $90,000.

“We were sensitive to the disruption to the business community and the inconvenience to the public, so we were looking for an expedited schedule,” City Manager Debbie Manns said.

The City Council selected Right of Way Contracting for the project over two other bidders on March 2. An increase of $90,000 would still keep the cost lower than both other bidders by about $30,000 and $60,000, respectively, said Public Works Director Robert Rivera. The nearly $812,000 price tag is also below the $1 million originally allocated for the Nebraska Avenue Parking Lot Improvements Project in the city’s current Capital Improvement Program. Penny for Pasco sales tax funding covers the cost of the project.

“With the pandemic coming to a closure and more people getting vaccinated, we knew that the utilization of the parking lot with the surrounding businesses would increase,” Rivera said. “The Hacienda Hotel getting ready to open up would also increase that demand.”

Construction work is set to begin May 10, Rivera reported, adding that the contractor indicated he wants to work seven days a week and may reach out to subcontractors to get additional workers.

Mayor Rob Marlowe was in full support of the earlier deadline, relating some frustrations that came with a similar, recent project to improve the Gloria Swanson parking lot.

“The problem for anybody who had a business anywhere near there was that the contractor occasionally showed up and did a little bit of work, and it was maddening to see days and days go by with nobody working,” Marlowe said. “That was a complaint I had and the business owners that are in the vicinity of the Swanson lot had — that nobody was in a hurry. That’s part of the reason for pushing to get this thing done.

“The extra spaces are going to be critical, but to get them done in a timely basis so they’re ready when we need them is, I think, going to be really important.”

The 120-day project timeframe agreed to last week sets “substantial completion” to be reached by early September. Substantial completion means there must be full parking access, painted striping, irrigation and landscaping, though some more minor work may still be getting finished.

“Coming up in the August or September timeframe we’re going to start having more events in the city, so we’re going to need these spaces and need it done,” said newly reelected council member Matt Murphy.

An upcoming event set to occur before the parking lot’s completion is the Chasco Fiesta Car, Truck and Bike Show on May 29. The full Chasco Fiesta had to be canceled for a second straight year because of the COVID-19 pandemic, but organizers are taking segments of the popular event and operating them independently.

Chasco Steering Committee Member Al Renedo addressed the council during public comment about the car show and Manns said the city will work with organizers to find areas for vehicles.

The LDRB is one of eight volunteer boards or committees that provides recommendations to the council. The LDRB offers opinions regarding “the development of land in the city, including preparation and amendment of the Comprehensive Plan, the City's Land Development Code, and variances granted thereunder,” according to the April 20 agenda packet.

“In the eight years I’ve been on council, we’ve depended a lot on that board to give us direction because there are professionals on that board more so than on a lot of the other boards,” Council member Chopper Davis said. “I’m totally in favor of us trying to find professionals.”

The LDRB consists of seven members and two alternates. Four members are needed to reach a quorum. The purpose of last week’s amendment was to eliminate a requirement that the council must fill an LDRB

vacancy from among existing alternates. This has become problematic, Manns said, because the city’s “been suffering some in respect to garnering a lot of interest in our boards and commissions.”

“The Land Development Review Board also is a little bit different than any board or commission in the city, in that you are required to appoint from the alternate pool,” Manns said. “So you’re somewhat limited in who you may choose to fill that seat, which may, in turn, limit you from selecting the most qualified candidate.”

Council member Peter Altman, sworn in at the beginning of the meeting for a new, one-year term, thanked fellow council member Mike Peters for his push to strengthen all municipal boards and committees. Peters, who was elected to a three-year term this month, has been advocating ways to increase interest in board membership among residents.

“It’s amazing that we have quorum problems,” Peters said, adding that he wants to try to lift advisory boards up to attract more qualified applicants.

There’s a need for “full and robust boards,” Altman said, “because we have so much stuff coming before us here in the future.”