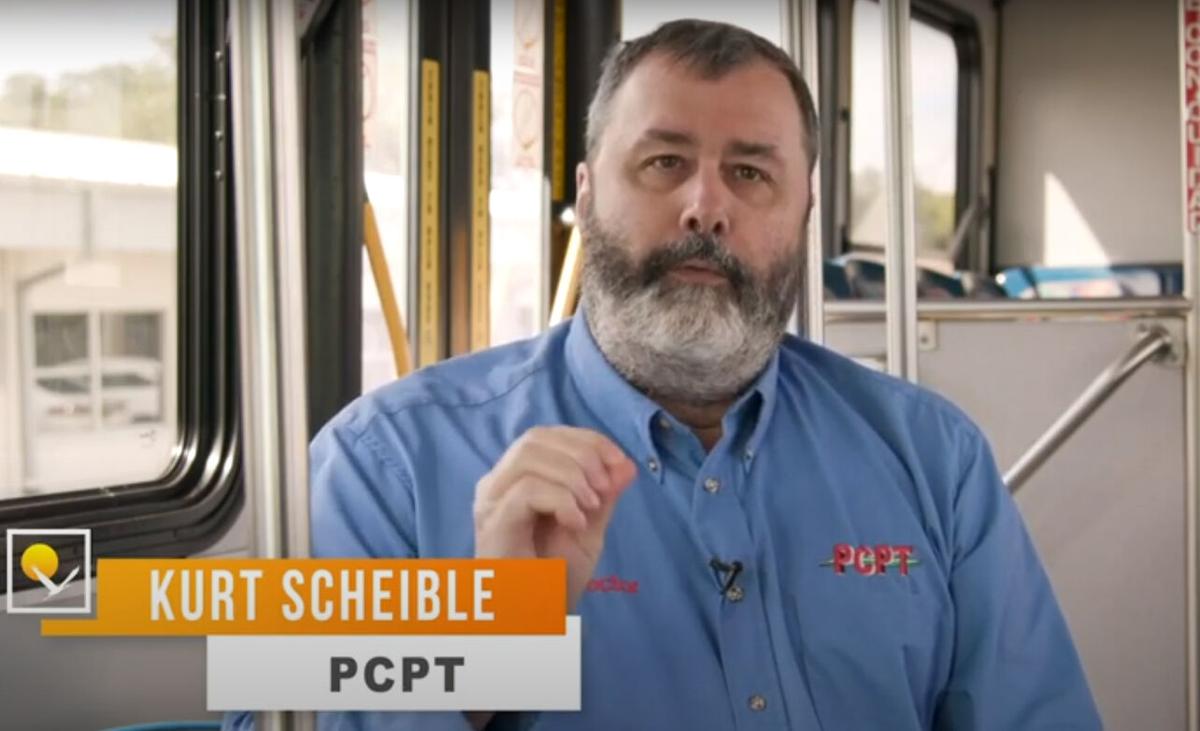 SHADY HILLS — Residents of an “underserved” area of northwest Pasco have a new bus route that connects with Hernando County’s transit system.

A ribbon-cutting ceremony christened Pasco County Public Transportation’s new Route 20. The county released a video to introduce the route on Oct. 13 that featured Pasco and Hernando county officials as well as individuals in the social service sector.

“The biggest thing the Shady (Hills) route does is it provides a much-needed service to a very underserved area that we have not even been before,” said Kurt Scheible, Pasco County’s Public Transportation director. “We’re heading all the way down to Denton (Avenue)/Peace (Boulevard), heading up Shady Hills (Road), going up Hicks (Road), hitting two high schools. We’re hitting a lot of different housing areas in there.”

A diagram of Route 20 and bus stop schedules can be found by going to www.PascoCountyFL.net and clicking on Bus Information under the Services pull-down tab. Key destinations the route travels past are Fivay and Hudson high schools, Veterans Memorial Park, a Florida Department of Health in Pasco County location that includes the Mike Fasano Regional Hurricane Shelter and Bayfront Health Spring Hill in Hernando County.

“We have one route between the two counties, this is the second route,” said Hernando County Commissioner John Mitten. “So in essence we’re doubling the effectiveness of our transit between Pasco and Hernando County.”

The hurricane shelter is one of two special needs shelters at the health department, with the other being the West Pasco Special Needs Shelter. Route 20 also passes the Vincent House, 11145 Denton Ave., which is a recovery center for people with mental illnesses.

“We have roughly 1,700 individuals who come for client services here at the Fasano shelter, and that’s really covering both counties, Hernando and Pasco,” said Mike Napier, Florida DOH Pasco County Health officer. “We believe the bus stop is going to be a key feature in being able to make sure we have people come to the facility and get the nutritional services.”

A lack of personal transportation options is not uncommon for individuals served at the shelters and Vincent House, making Route 20 a link that reduces or eliminates the need for long walks to get to destinations.

“Vincent House is a rehabilitation program for people with mental illnesses and many of our members ride the bus,” said Elliott Steele with Vincent House. “We’re kind of isolated out here with our location so it’s really important that we have this bus here.”

“Currently our patients have to walk from the nearest bus stop to get here, so having a bus stop right outside of our complex and facility is just wonderful,” said Joey Resnick with Premier Community HealthCare, another destination on Route 20.

“We’ve come a long way,” said Pasco County Tax Collector Mike Fasano. “People are recognizing Pasco and to this shelter here, to have the transportation that’s available to our residents where people can come means a lot. It’s a key component having an evacuation center for those who live in areas where they need to evacuate if we get a major storm.”