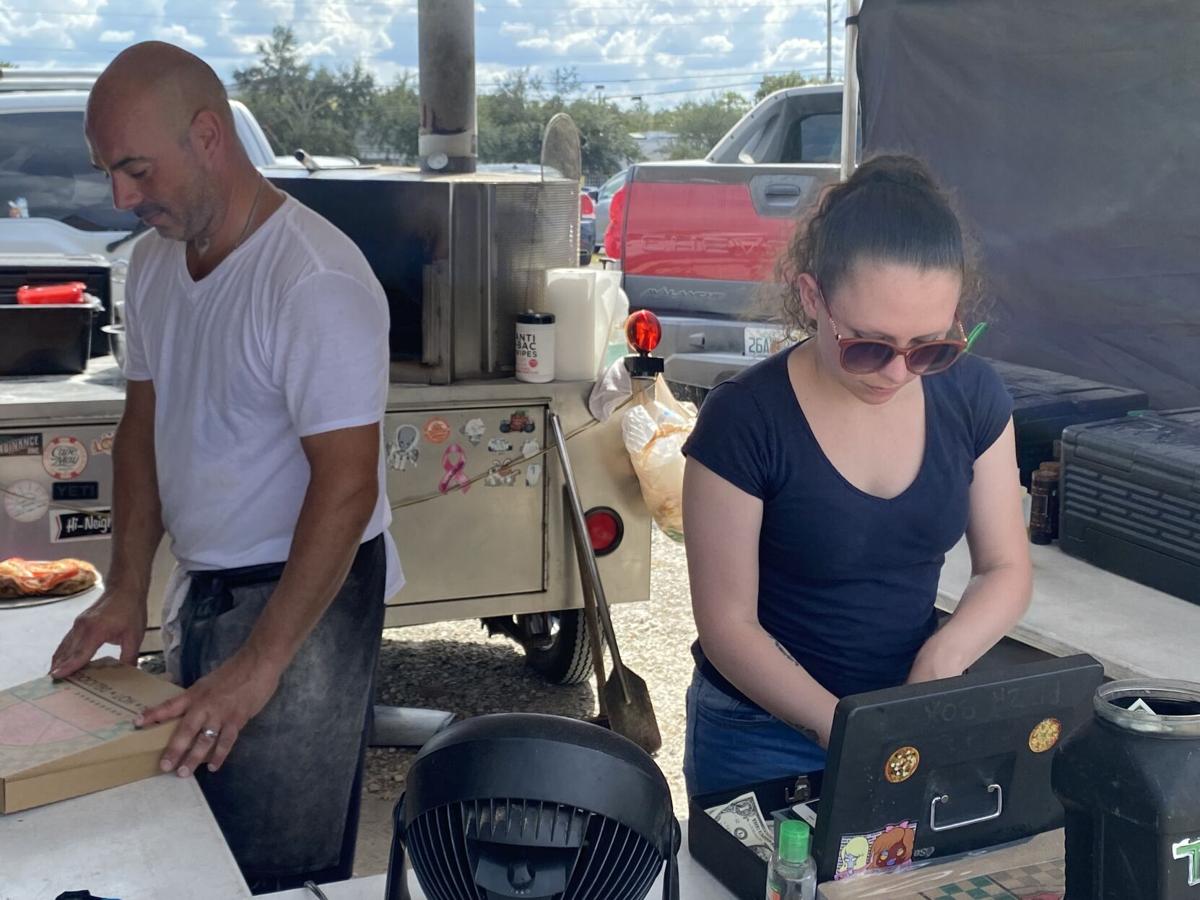 Tony Tomassi, left, closes the lid on a pizza box while his employee, Amy Billow, handles the financial end at Nina’s Cucina at Marker 48 Brewing on Oct. 3. 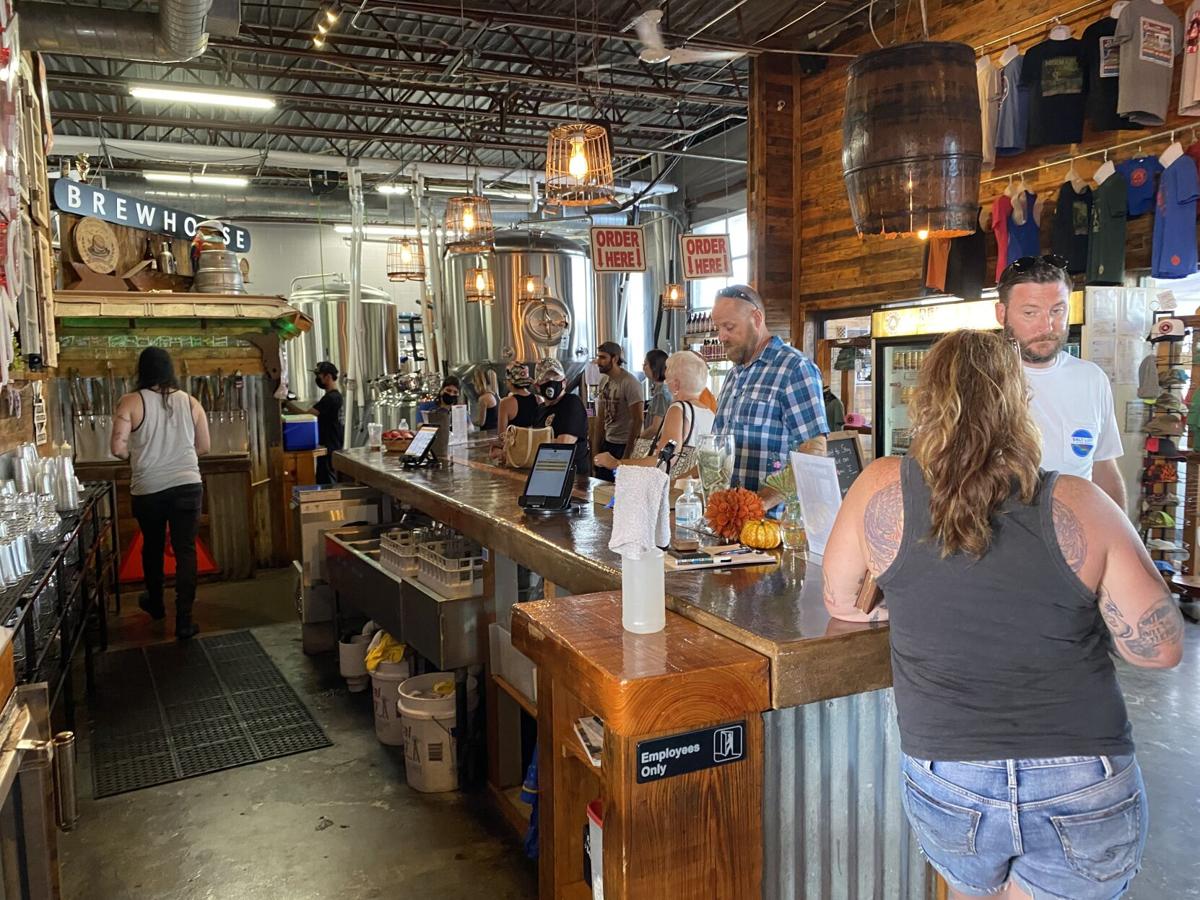 The taproom was busy at Marker 48 Brewing on Oct. 3. 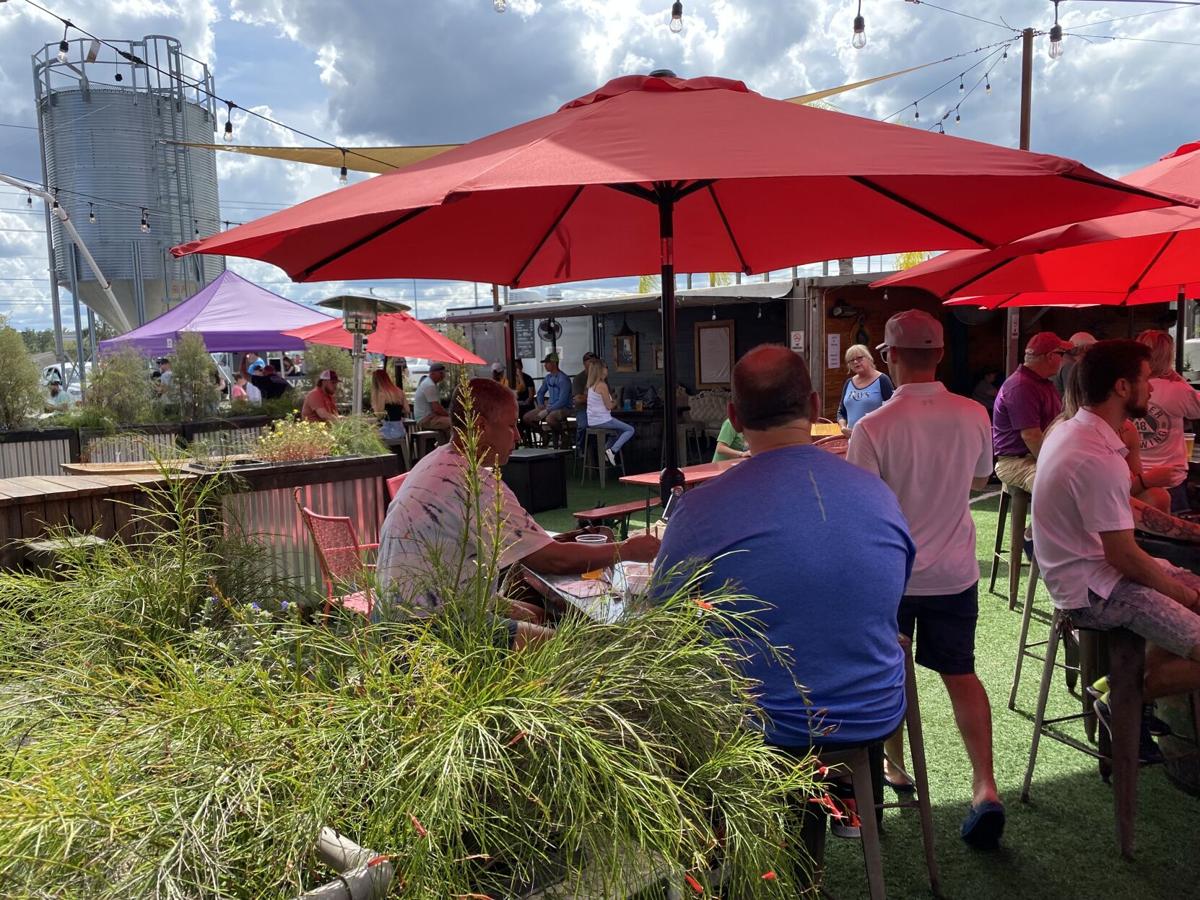 People were enjoying their beers Oct. 3 at the beer garden at Marker 48 Brewing. 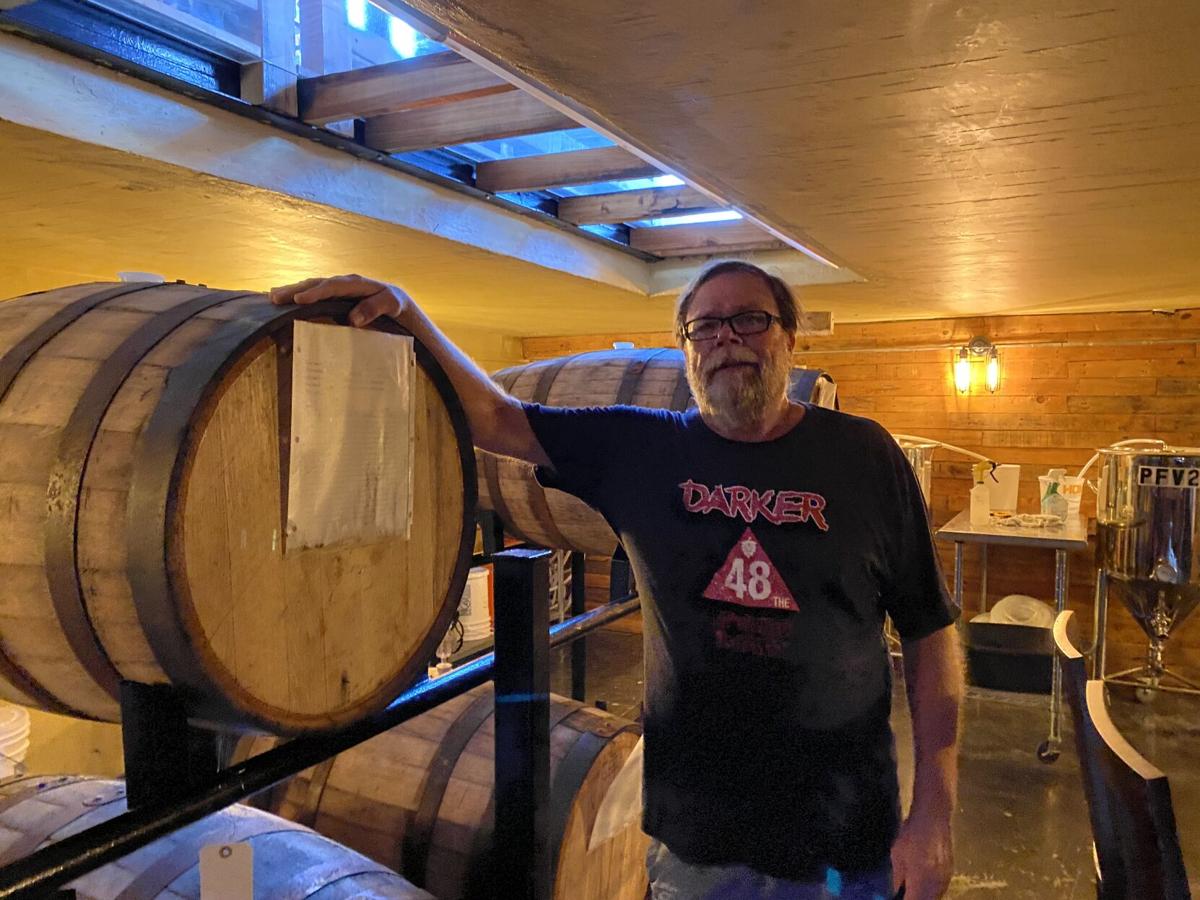 Tour guide and media representative Gerard Walen stands next to barrels in storage in the former “grease pit” at Marker 48 Brewing. The area is used for storage.

Tony Tomassi, left, closes the lid on a pizza box while his employee, Amy Billow, handles the financial end at Nina’s Cucina at Marker 48 Brewing on Oct. 3.

The taproom was busy at Marker 48 Brewing on Oct. 3.

People were enjoying their beers Oct. 3 at the beer garden at Marker 48 Brewing.

Tour guide and media representative Gerard Walen stands next to barrels in storage in the former “grease pit” at Marker 48 Brewing. The area is used for storage.

WEEKI WACHEE — On a hot Sunday, there’s nothing like a cold beer to beat back the heat and the blues.

At Marker 48 Brewing on Cortez Boulevard on Oct. 3, there also was the market of local vendors pitching their wares and services under the late summer sun.

At Nina’s Cucina food truck, Tony Tomassi, 47 (“born in Brooklyn, raised in Italy”), said business was starting out slow that day, but the familiar smell of pizza from a very hot wood fire oven was drawing in people who stopped to look at the board of offerings, then placed orders.

Tomassi, who said he’s been making pizzas since he was 12, was flipping and shaping dough, slathering on sauce and depositing cheese and toppings with practiced flair, then sliding the discs into the oven. He slid other discs out to check their status, carefully depositing them into pizza boxes, slicing them, closing the boxes and then handing them to employee Amy Billow, who accepted orders and money, and placed the pizzas into the hands of customers.

Soon enough, lookers became buyers, but Tomassi managed to say that he planned to open his own pizza place soon, “Yo Pauley’s Slice Shop” at 2284 Commercial Way, behind the Red Lobster. Then it was back to the demands of the dough.

The market itself was full of vendors selling items ranging from space pictures and pet drawings to Kombucha shots and a grocery, Hernando Local, for farm-raised meat, wild-caught seafood, honey and organic coffee, available for pickup or delivery.

Local artisans also had wares for sale, including drawings and wall hangings.

The main attraction, of course, was the beer.

Maurice and Christina Ryman started the brewery in 2014. Their location is sandwiched between a Tire Kingdom and a car wash center. In fact, a flight of stairs leads to the former “grease pit,” now used for storage and for brewmasters to try out new recipes in small batches.

A large silo out front looks like it’s just for show, but Walen said it holds 100,000 pounds of pure grain.

The tour through the office included a meeting with “Willie Nelson,” a large orange tabby cat and the perennial employee of the month, who challenges all who pass with a meow.

You might not need a degree in chemistry to make great beer, but it might help considering all the processes and products that have to be combined at just the right time in the right equipment. Marker 48’s rooms are full of expensive and shiny vats that do all sorts of things to water, hops, grain and more. In another room were kegs of various sizes, and in another building is a canning and bottling operation, with blank cans stacked to the ceiling and a label machine waiting to go to work marking those blank cans.

At the end of Walen’s tour, he offered a taste of some of the beers.

In another room are stacks of grain sacks from Germany, Austria and a couple of U.S. states, awaiting the creativity of the brewmasters who work at Marker 48.

In the main taproom, countless people sat at tables and drank beer, and several had pizza boxes from Nina’s to take home.

At Nina’s Cucina, Billow kept passing orders back to Tomassi, who kept making pizza after pizza as the supply of empty boxes shrank.

The next two Markets at Marker 48 are scheduled for Sunday, Nov. 14, and Sunday, Dec. 12, just in time for the holidays. More will be scheduled after that, so keep track on Marker 48 Brewing’s Facebook page.

WHAT: Marker 48 Brewing, a 15-barrel craft brewery with a 32-tap tasting room