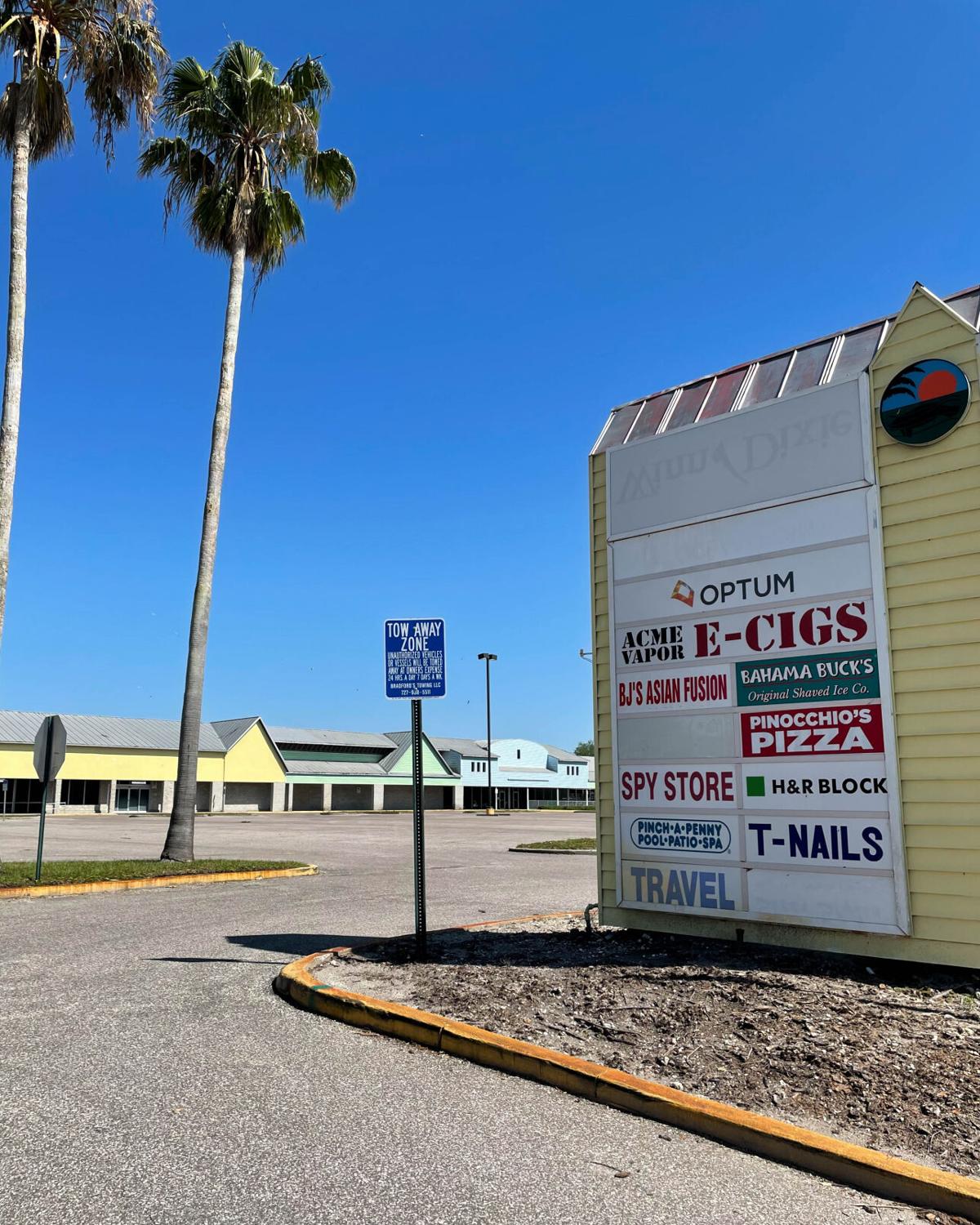 The chief operating officer of Jacksonville-based Ash Properties recently traveled to Tarpon Springs to discuss his company’s plans for the 10-acre Manatee Village shopping plaza, which include giving the 103,000-square-foot facility on South Pinellas Avenue a façade facelift as well as installing new signs, murals and other amenities. Randall Whitfield told the commission he intends to revitalize the center by adding new tenants to the existing ones and he has no intention of building residential units on the property, alleviating the concerns of many residents. 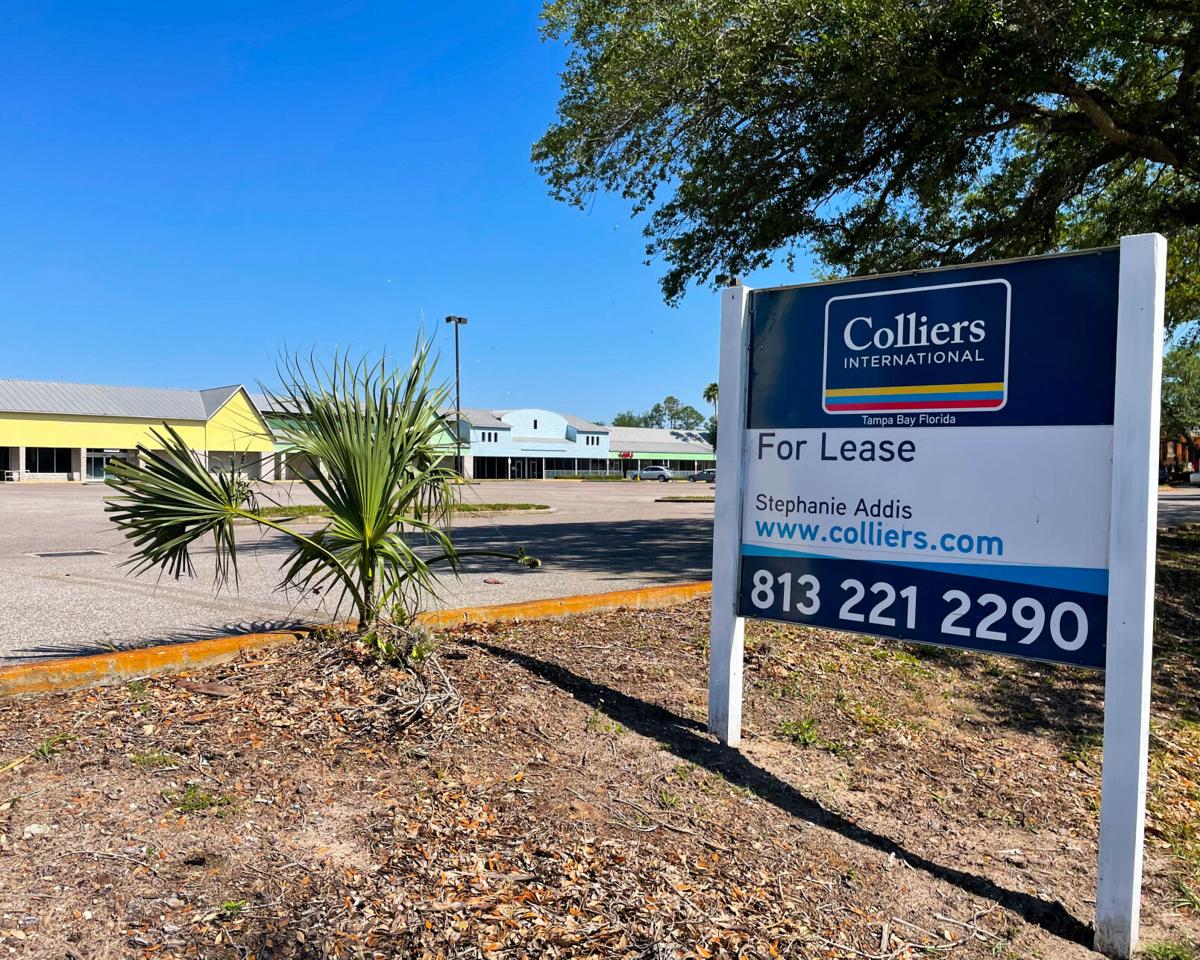 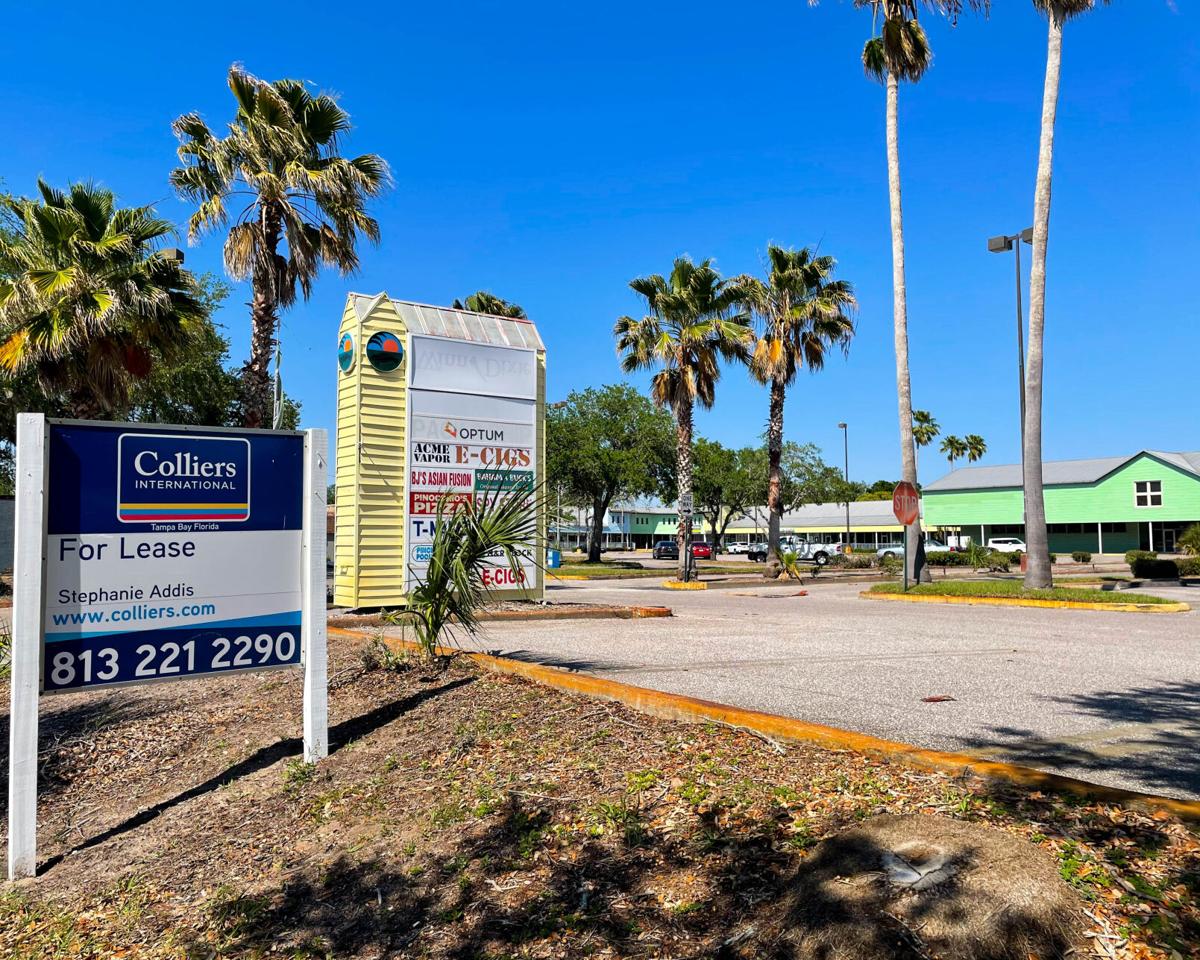 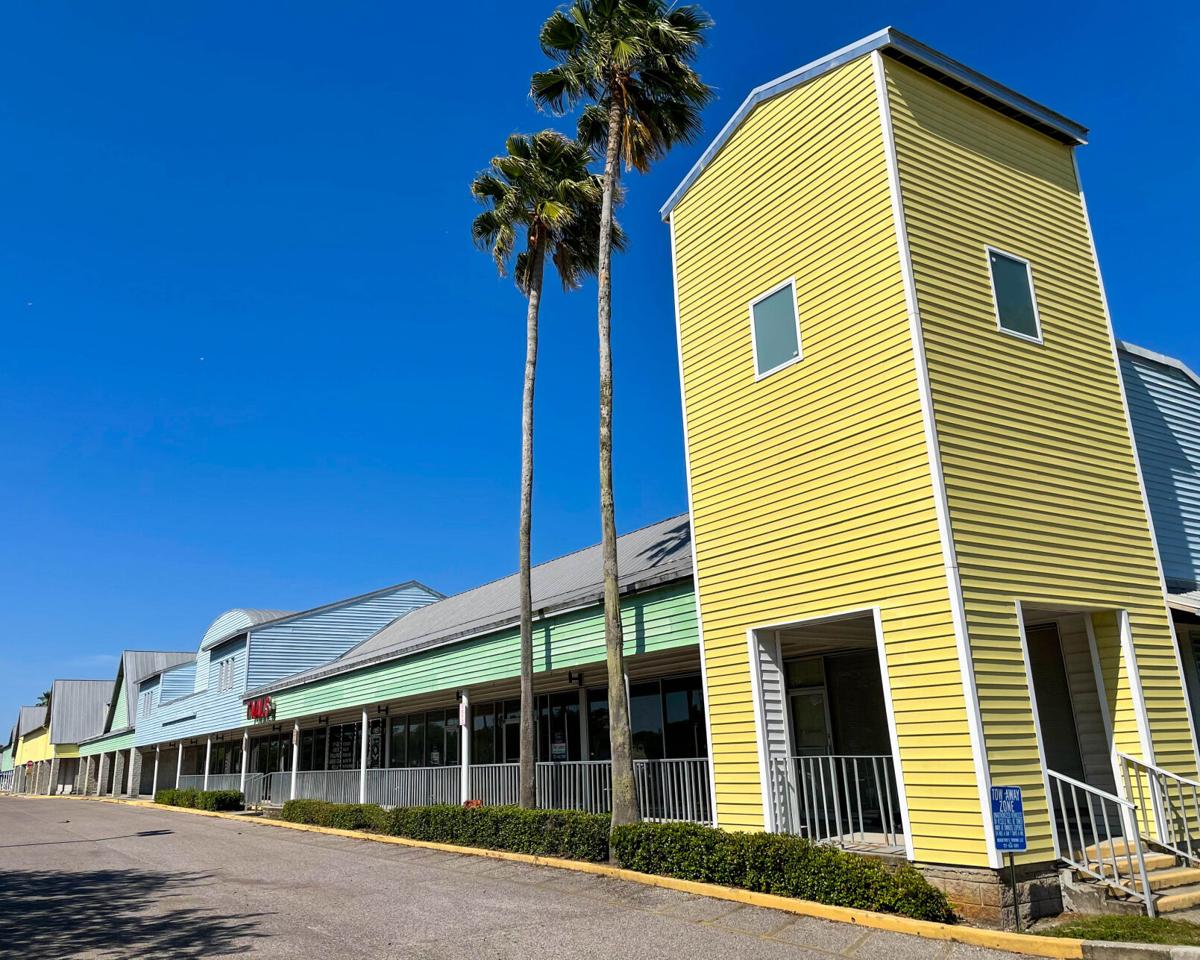 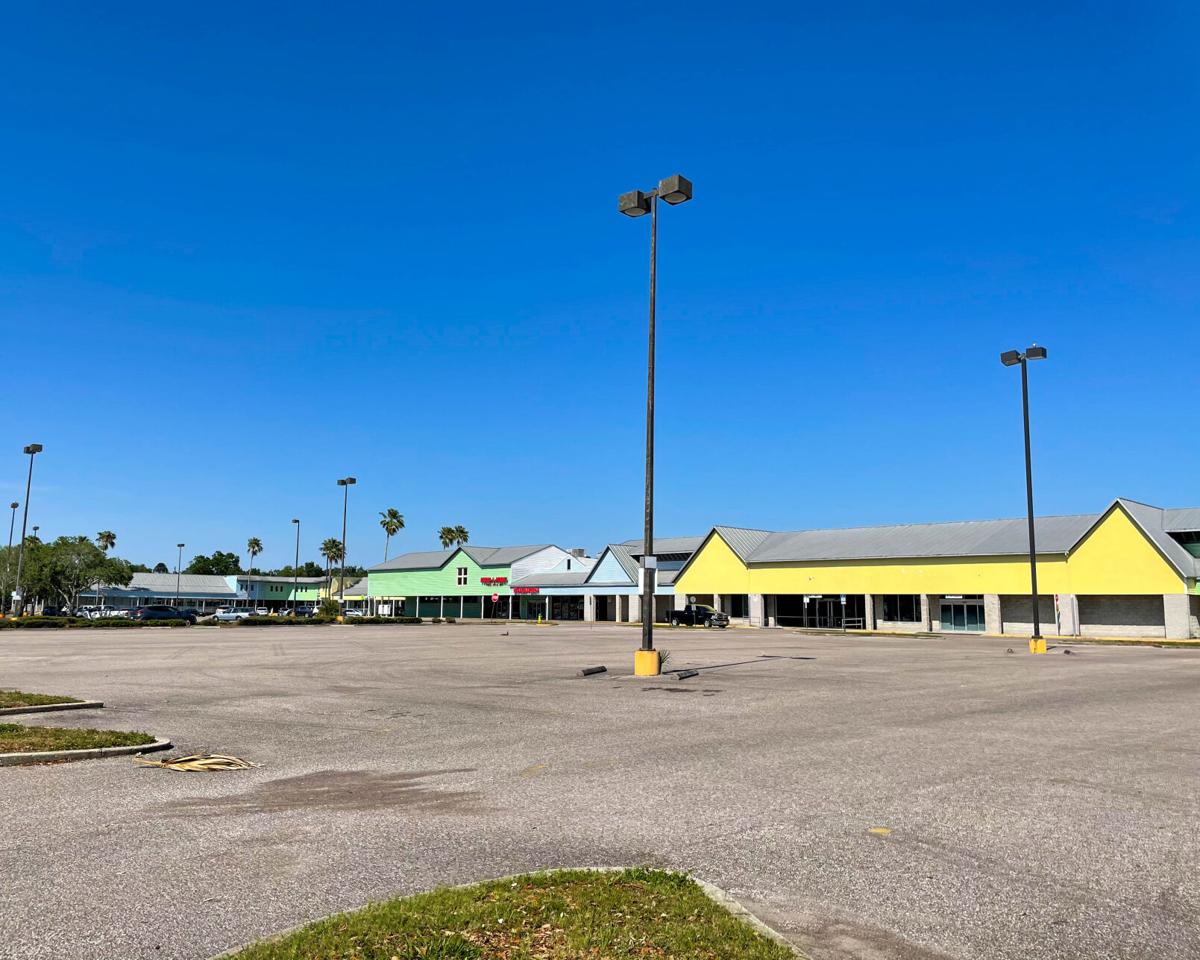 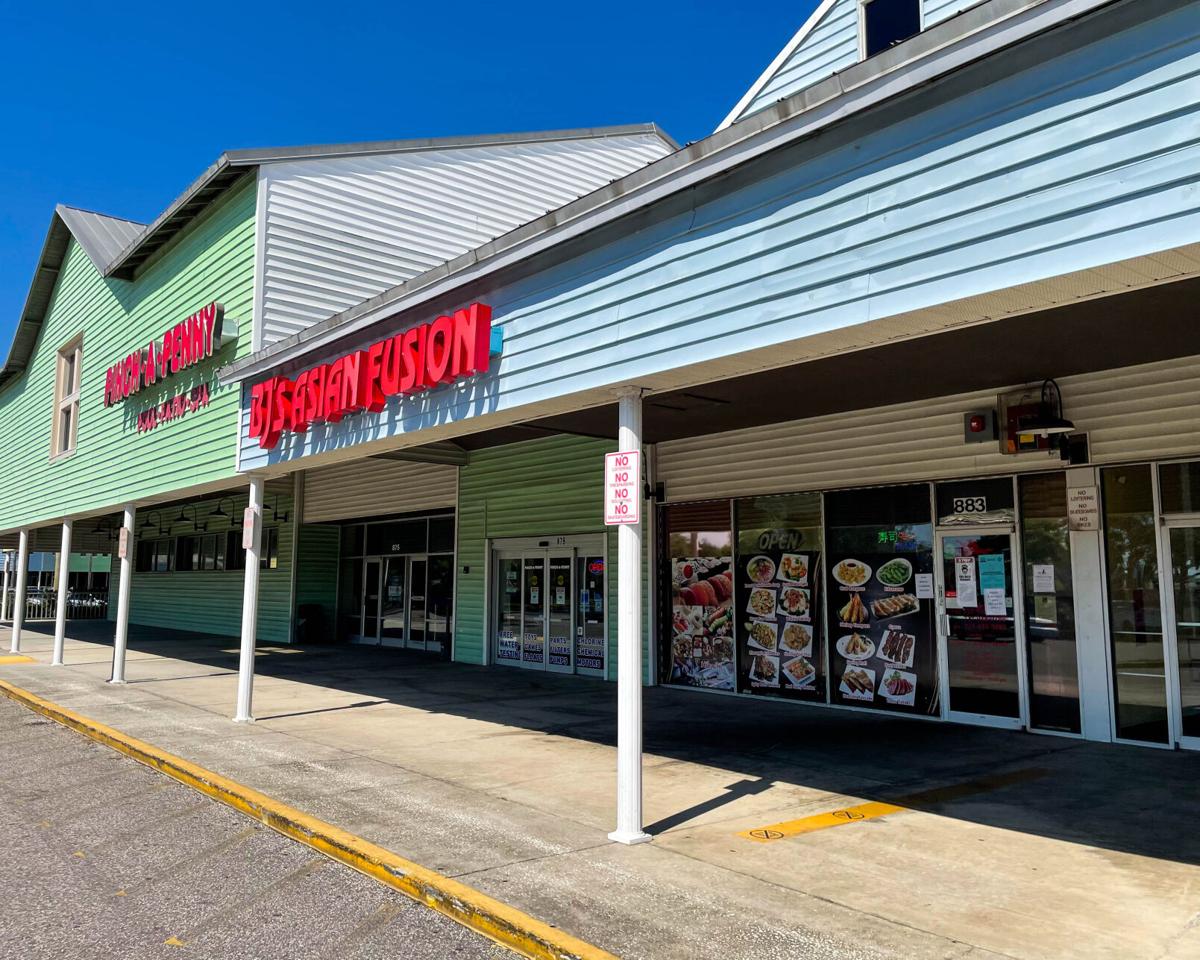 The chief operating officer of Jacksonville-based Ash Properties recently traveled to Tarpon Springs to discuss his company’s plans for the 10-acre Manatee Village shopping plaza, which include giving the 103,000-square-foot facility on South Pinellas Avenue a façade facelift as well as installing new signs, murals and other amenities. Randall Whitfield told the commission he intends to revitalize the center by adding new tenants to the existing ones and he has no intention of building residential units on the property, alleviating the concerns of many residents.

TARPON SPRINGS — For years, the Manatee Village Shopping Plaza on the corner of South Pinellas Avenue and Meres Boulevard on the outskirts of downtown Tarpon Springs has been a source of consternation and speculation. The property has been through several ownership changes that led to the half-vacant plaza resembling a ghost town from a movie set.

But after the 10-acre property, which used to be anchored by a Winn-Dixie grocery store and a tax collection office, was purchased by Jacksonville-based Ash Properties last fall, rumors began to fly about what the firm’s plans were for the plaza, including the potential to build a residential complex on the lot.

With that in mind, Commissioner Costa Vatikiotis requested the Board of Commissioners discuss the subject during a public meeting, and Ash Properties chief operating officer Randall Whitfield appeared before the commission on April 13 to discuss his company’s plans for the 103,000-square-foot complex.

“We are a family owned and operated entity, and one of our various entities purchased Manatee Village property in November 2020,” Whitfield told the commission. “And as we did so, we realized it was in a state of flux. I mean it was at the bottom it could be. We recognized the value there, we recognized the vibrant community, and we said let’s use it as a catalyst to get us into a new area that we can do things. So, we hope this is not a one-shot transaction for us. We hope to upgrade and increase the value of the property.”

After explaining how his company, which is comprised of several different arms, currently operates nearly 10 million square feet of commercial, retail and office space throughout the state, Whitfield said they are working with local contractors to revitalize Manatee Village, a plan that includes new facades, signs, murals and other improvements that will help the plaza “come back to life, put a new spring in it.”

In outlining the plans, Whitfield said they envision having “restaurants, sidewalks cafes and health care” on the property and they are in the process of “recruiting” a grocery store.

Whitfield stated they are “not adding residential” units to the property, they are “keeping it retail,” and he said he would like to include some type of museum or shop that specializes in Tarpon’s history.

The news of the Whitfield’s plans was met with unanimous approval from the commission.

“I think this is a great idea and I am for it,” Mayor Chris Alahouzos said, adding he liked the fact they are going to use local contractors for the work.

When Alahouzos asked for a timeframe, Whitfield said they plan to start work on in the third quarter of this year with an eye toward completing the project by the second quarter of 2022. “This will not be a phased project,” he said.

Vice-Mayor Jacob Karr said he thinks the plan for the property is “awesome. I’m looking forward to it. This is an area of Tarpon Springs that has sat for many, many years untouched … so I know this is going to be welcomed.”

Karr also asked about the back of the property that faces the Pinellas Trail, and Whitfield said he planned to work with the local art community to install a series of murals along the currently blank white walls.

“So as people are going up that trail, or down, they can see that, and it can reflect some of the history of Tarpon Springs,” Whitfield said. “And I would like input from the artist community regarding that.”

In response to a question about the current tenants, including an Asian fusion restaurant and a shaved ice shop, Whitfield said they would meet with each business owner individually.

“We are currently working to extend them,” he said, noting, “every tenant is different.”

Vatikiotis thanked Whitfield for “relieving a lot of residents’ minds” with his presentation, and he said he was “very happy that you’re keeping your goals very high. I think that’s what’s needed in Tarpon Springs.”

After the meeting, Alahouzos spoke about the future of Manatee Village.

“I was very impressed with Mr. Whitfield’s plans to redevelop the plaza,” he said by phone the following day while thanking the COO for making the trip. “I think he had good ideas, and I liked the way he was embracing the trail and recreation. So, it’s good to see and I told him I’d like to see an anchor tenant in there like a high-end restaurant liked we used to have with Pappas’ because we don’t have that now and we need to have a destination restaurant in town. But I was very happy and very impressed with the presentation and I’m looking forward to seeing Mr. Whitfield’s plans completed next year.”