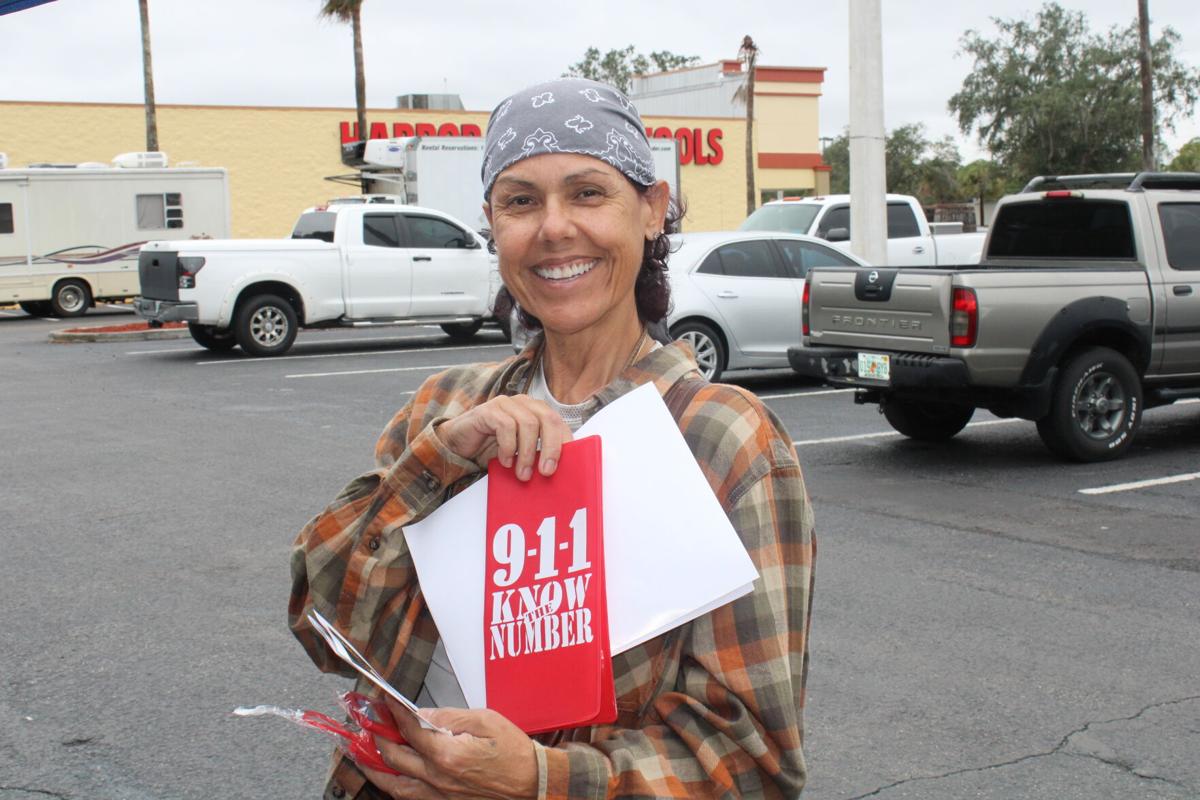 Ileana Scopano holds some of the items being given out at the recruitment event on Nov. 6 at Rural King in Spring Hill. 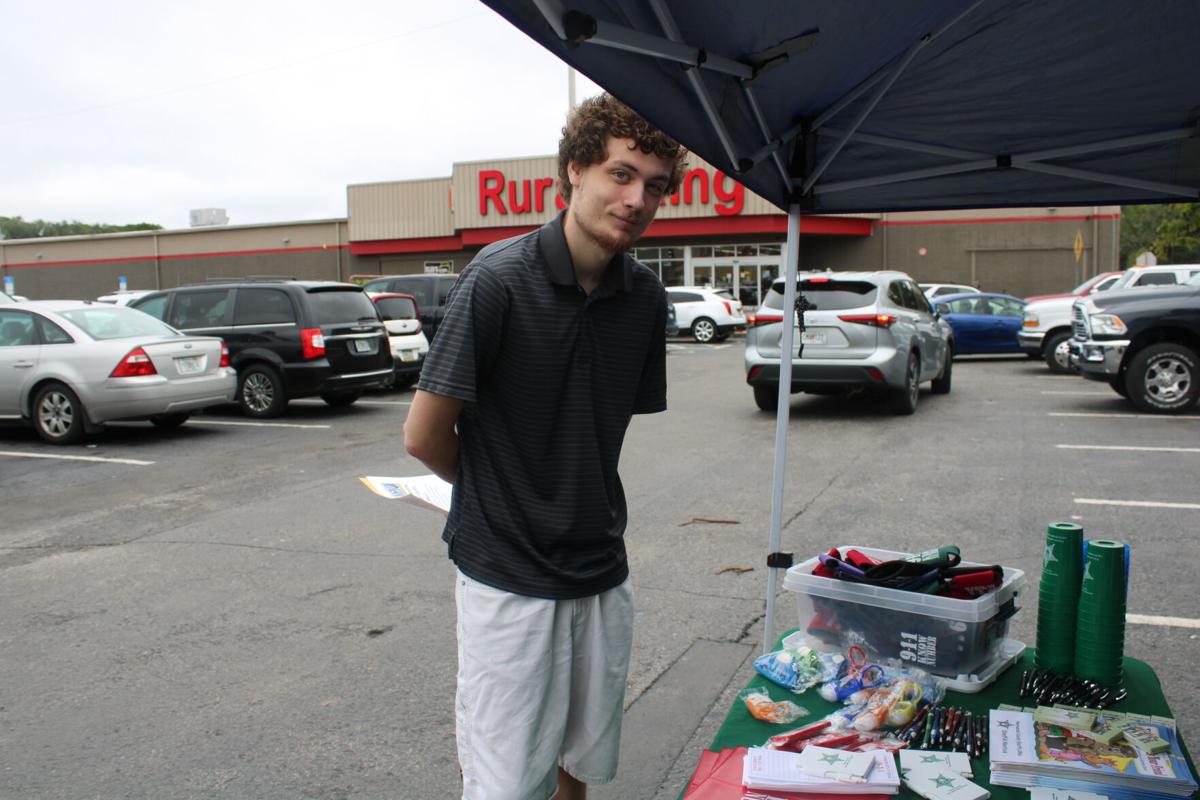 Cameron Sturdivant, 18, of Spring Hill came by the Sheriff’s Office tent to check out the information on careers in the emergency operations/911 center. 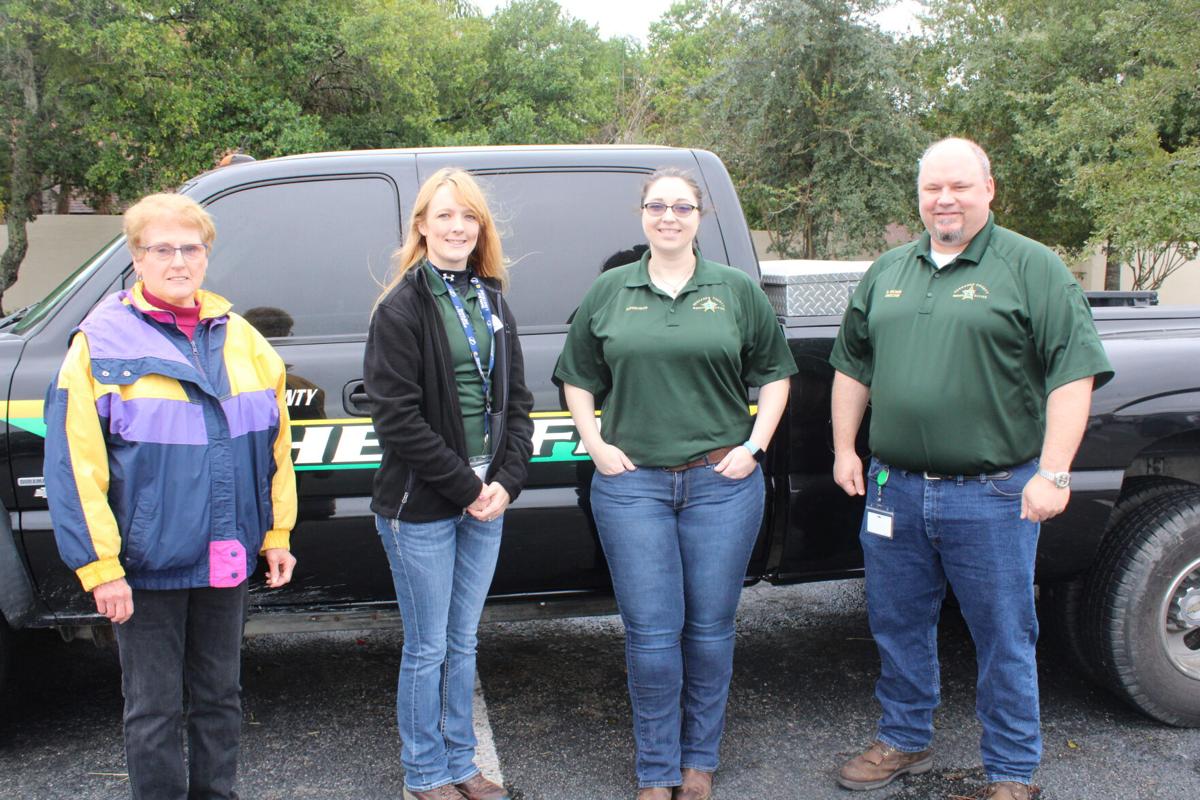 Ileana Scopano holds some of the items being given out at the recruitment event on Nov. 6 at Rural King in Spring Hill.

Cameron Sturdivant, 18, of Spring Hill came by the Sheriff’s Office tent to check out the information on careers in the emergency operations/911 center.

SPRING HILL — Ileana Scopano of Shady Hills says there isn’t much that can faze her, and that might be the key to a new career as an emergency operator at the Hernando County Sheriff’s Office.

She’s working as a surgical assistant in a hospital operating room right now, but wants a change.

“When you’ve been doing OR for a long, long time, this is kind of parallel,” she said. “The level of stress? I can do stress. This would actually be a whole lot easier to do.”

She said she’s very calm, though while looking at the brochures and talking with the emergency operations staff she couldn’t help but look excited, and not just at the free “merch” they were giving out.

“I’m used to the pressure,” she said. “When you have a trauma patient come in and they’re so mangled and you have to focus on that, believe me, this is less pressure than having to deal with a patient on a bed.”

That’s the kind of motivation Daryl L. Recker, director of E-911 and communications, appears to be seeking in new applicants as the county’s emergency center rebuilds its staffing after the tumult of the past couple of years.

He moved to Hernando County in January from Michigan, so the cold wind didn’t seem to bother him that much, and he was glad to be away from the snow.

They offer on-the-job paid training and get applicants the certifications they need, he said. All you need to bring is a high school diploma and a clean record.

It was a chilly Saturday morning in the parking lot at Rural King on Commercial Way in Spring Hill, and four representatives had set up a tent and table with a sign-in sheet and all kinds of free merchandise. Several people passed by and expressed interest, if not for themselves, then for others.

There are job openings, Recker said, and applicants who pass the initial screening (including a very detailed background check and polygraph), complete the initial training, advance their qualifications and stick with the job through thick and thin can build a career that pays well and offers benefits including medical and retirement through the Florida Retirement System.

It’s not an easy job, said Samantha Johnson, who works as a part-time telecommunicator and now also as a recruiter for the agency.

Staff members have to be there 24 hours a day, seven days a week, through days, nights, weekends, holidays and weather emergencies like hurricanes, and there’s overtime available as well as being on-call if needed. The shifts are 12 hours, 7 a.m. to 7 p.m. and 7 p.m. to 7 a.m., three days a week, and when they’re fully staffed you can have every other weekend as a three-day weekend.

Johnson started working there in 2006 at age 19, then took off for four years to have two children, and now she’s back; her husband is a sheriff’s deputy.

“It’s busier,” she said of the environment now compared with when she started. “The county continues to grow.”

They are still using the same computer systems they had before, she added, so she was able to get right back to work. “We have a lot of computer screens,” she said, and new employees need to be comfortable working with the software.

“We’re in the process of upgrading the software,” Recker said, “and going to NextGen 911.”

“It’s not that difficult to learn,” Johnson said. “We have a very good training program. You don’t have to be computer-savvy.”

You have to be able to handle emergencies without panicking. “When people call 911,” Johnson said, “they want to hear a calm voice on the other end as opposed to someone who’s panicking.”

They need people but won’t throw anyone to the wolves, Recker said. Before you’re allowed to work a position, he said, you get 480 hours of training over about three to four months, and they can train about six people at a time.

Human resources assistant Deborah Tessier says the application process can take three weeks to two months, and their goal is to make sure people succeed in training.

While Recker set to work barbecuing hot dogs, courtesy of Wal-Mart, people walked over to see what was going on. Dustin and Michelle Anderson of Hudson got some information for their 20-year-old son, who they said worked part-time at Publix but they thought he might be interested in full-time work.

“He might be interested,” Dustin Anderson said. “Publix doesn’t give you much of an opportunity to go full-time.”

Michelle Anderson said she was definitely going to talk with her son, and also wanted to look into him doing a ride-along with a deputy at some point. “I think he’ll like that,” she said.

One young person who looked very interested was Cameron Sturdivant, 18, of Spring Hill.

“I’ve wanted to help people since I was little,” he said.

He had tried to apply just after turning 18, but the Sheriff’s Office wasn’t hiring then.

He also tried to join the military like other family members but was turned down.

“I do believe I’m going to follow through on this,” Sturdivant said.