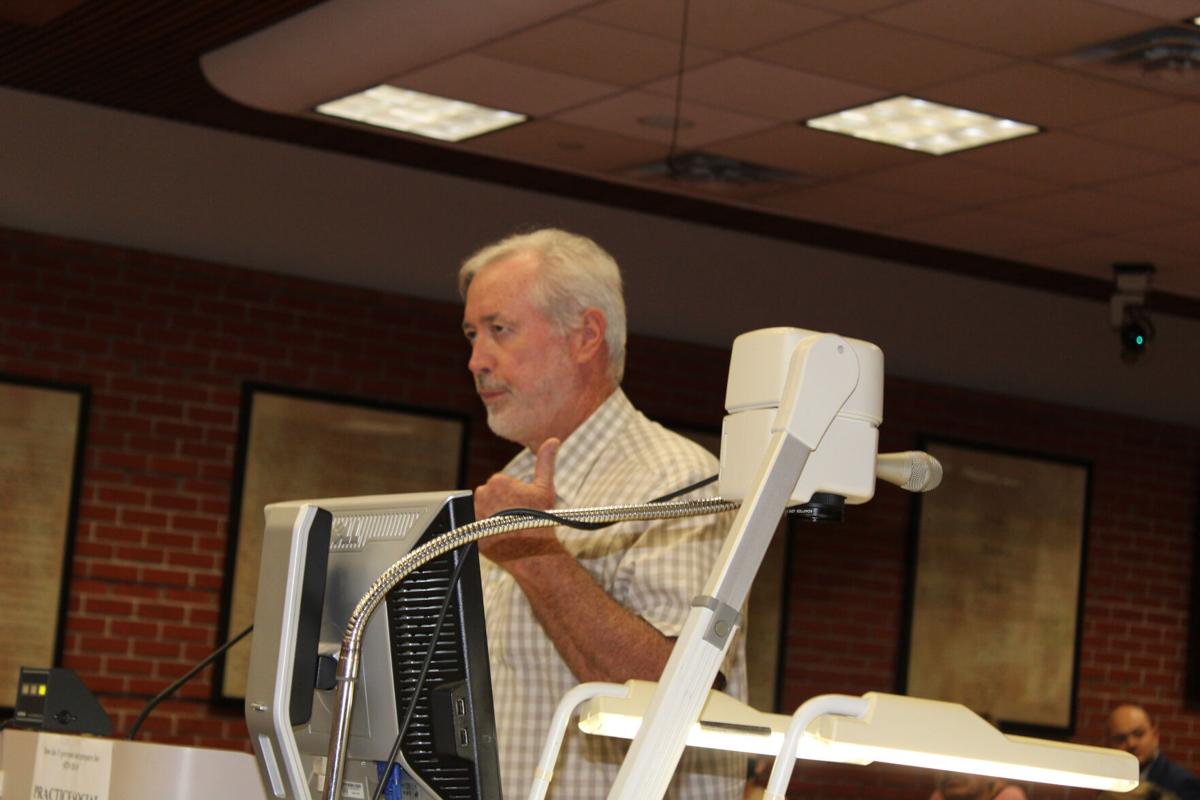 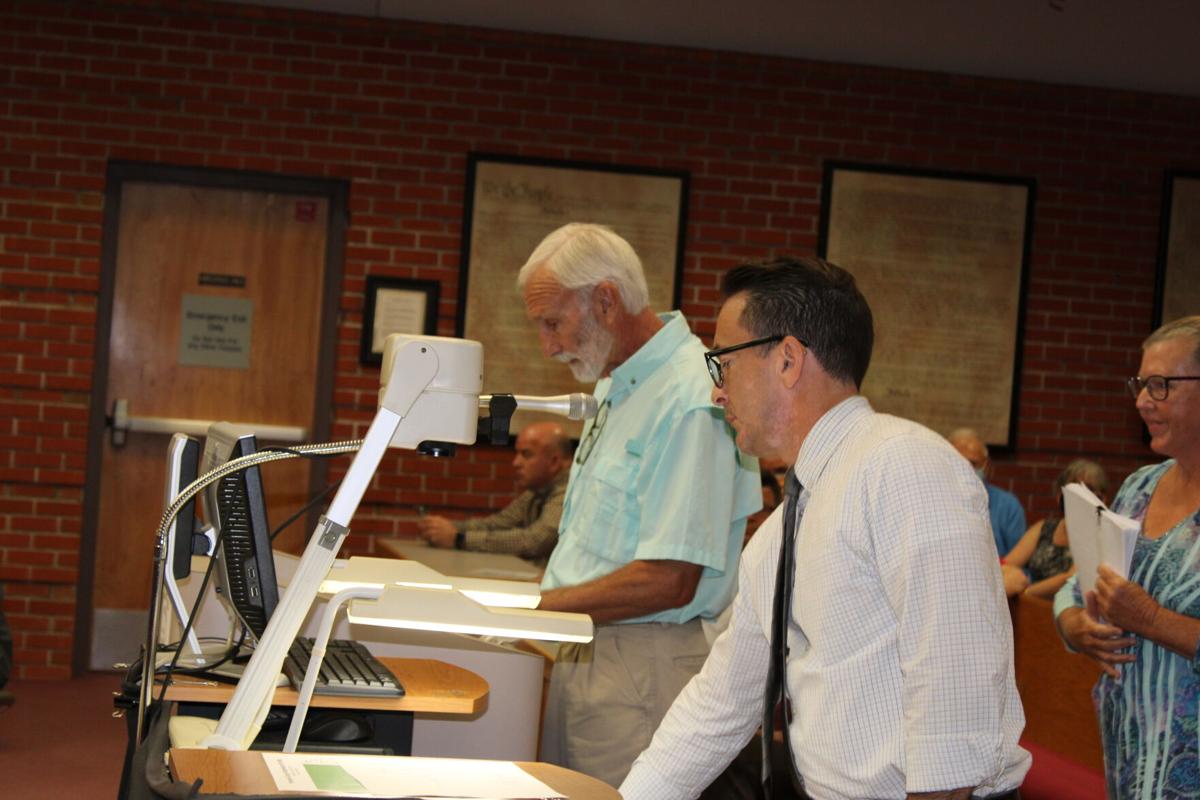 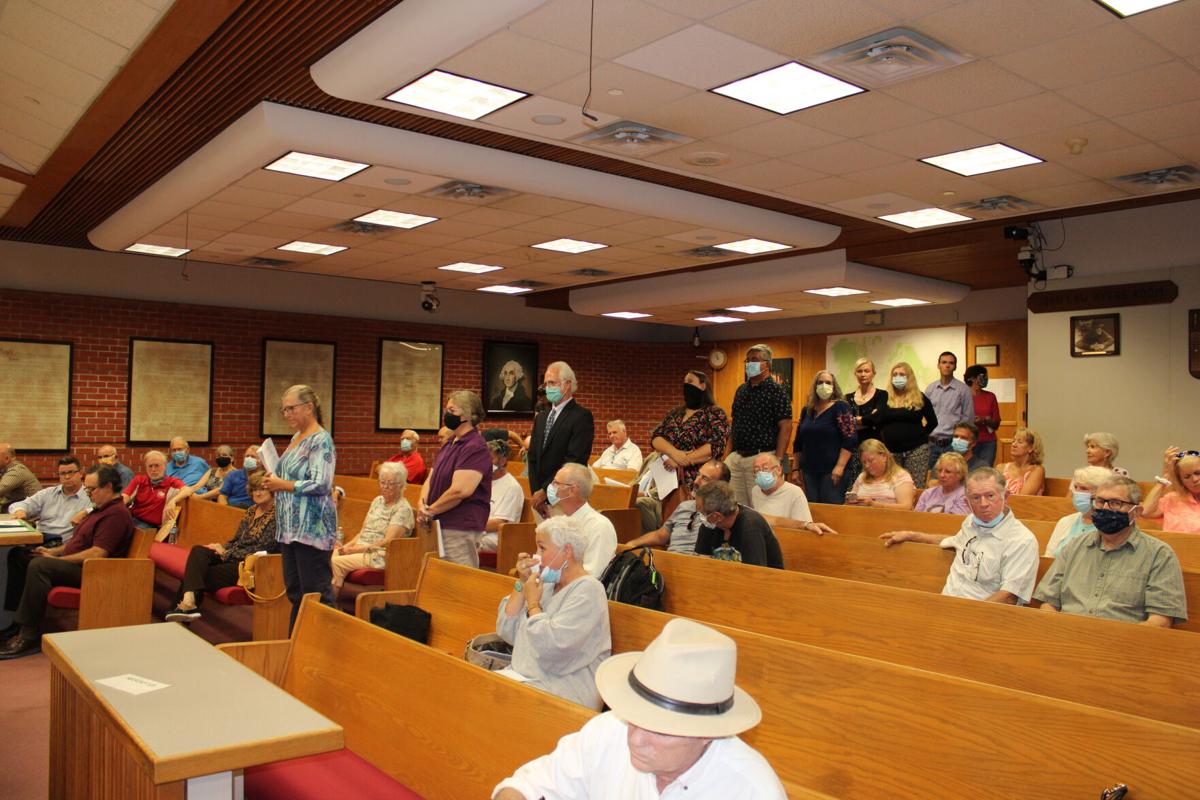 A line of people waited patiently to speak to the commission. No one besides Randy Yoho and his attorney, Leonard Johnson, spoke in favor of Yoho’s request.

A line of people waited patiently to speak to the commission. No one besides Randy Yoho and his attorney, Leonard Johnson, spoke in favor of Yoho’s request.

BROOKSVILLE — Kym Holzwart, her husband, John, and their neighbors cheered on Sept. 13 as a 5-0 vote by the Hernando County Planning & Zoning Commission denied Randy Yoho’s special exception use permit, his latest effort to race motorcycles on his property near equestrian facilities and other rural businesses.

Yoho, who has a Pasco racecourse and says he’s been involved in racing motorbikes all his life, strode quickly from the commission chambers and refused to comment on the decision.

His attorney, Leonard H. Johnson, was at his side and also refused to speak, but in response to a question about what Yoho will do next as they were leaving the county courthouse, said simply, “We will see.”

Kym Holzwart looked happy and relieved outside the commission chambers, but still was aware that the battle against Yoho’s plans isn’t over yet.

Kathleen Yo, who was one of several people to speak passionately in opposition to the permit’s approval, said Yoho should just sell the land and try to find land away from people.

Anna Stromberg, who lives next to the Holzwarts, expressed her gratitude to the commission for listening to the neighbors.

“They understand the impact it would have had on our daily life and our livelihood,” she said. “I understand that Mr. Yoho wanted to do this for himself and his friends, but it’s not the way he earns his income.”

She added, “I’m sure he could take his training to a much more secluded area and practice with his motorbike.”

In sworn testimony before the five members of the commission, Johnson, Yoho’s attorney, said they’d been “around the horn” on the rezoning and would be back again.

“We have tried to be sensitive to the concerns of surrounding neighbors,” Johnson said. They had followed the recommendations of staff and set up their request accordingly, but did ask for a couple of favors: some flexibility in the usage days and usage times, and the staff was agreeable.

“We have been riding on this property ever since we owned it,” Yoho said. It would not be for public use but by invitation, noting that he and his friends ride on each other’s tracks.

Speakers against the approval lined up, spoke passionately and made basically the same arguments: that the noise from the bikes was too loud and ruined the tranquility of the area, and the noise would destroy the horse-related businesses and nonprofit efforts of the surrounding area’s residents.

Attorney John Thomas, representing the landowners, said “daily lives and livelihoods” would be affected by the project, and that there is a “functional conflict” in the uses.

In his rebuttal, Johnson tried to make an argument that he and his client had a problem with other motorcycle riders who didn’t obey the rules, and that Yoho was being lumped in with people who cut fences and rode where they weren’t supposed to.

“Your staff found this compatible with the comp plan and surrounding uses,” Johnson said. “A lot of people don’t like the land use, but we are entitled to our reasonable use.”

The commission consisted of three regular members and the two alternates. Chairman Mike Fulford, the chairman, said Lynn Gruber-White had resigned from the commission, creating an opening; Mark Johnson sat in her place. Michael Kierzynski had an excused absence, and Steve Hickey was serving in his place.

Johnson made the motion to deny the exception as incompatible with the neighborhood. Hickey voted yes, which was for denial, and McDonald at first tried to pass, but was informed he had to vote “yes” or “no.” McDonald voted “yes,” then Fulford, Campbell and Johnson voted “yes,” making it unanimous.