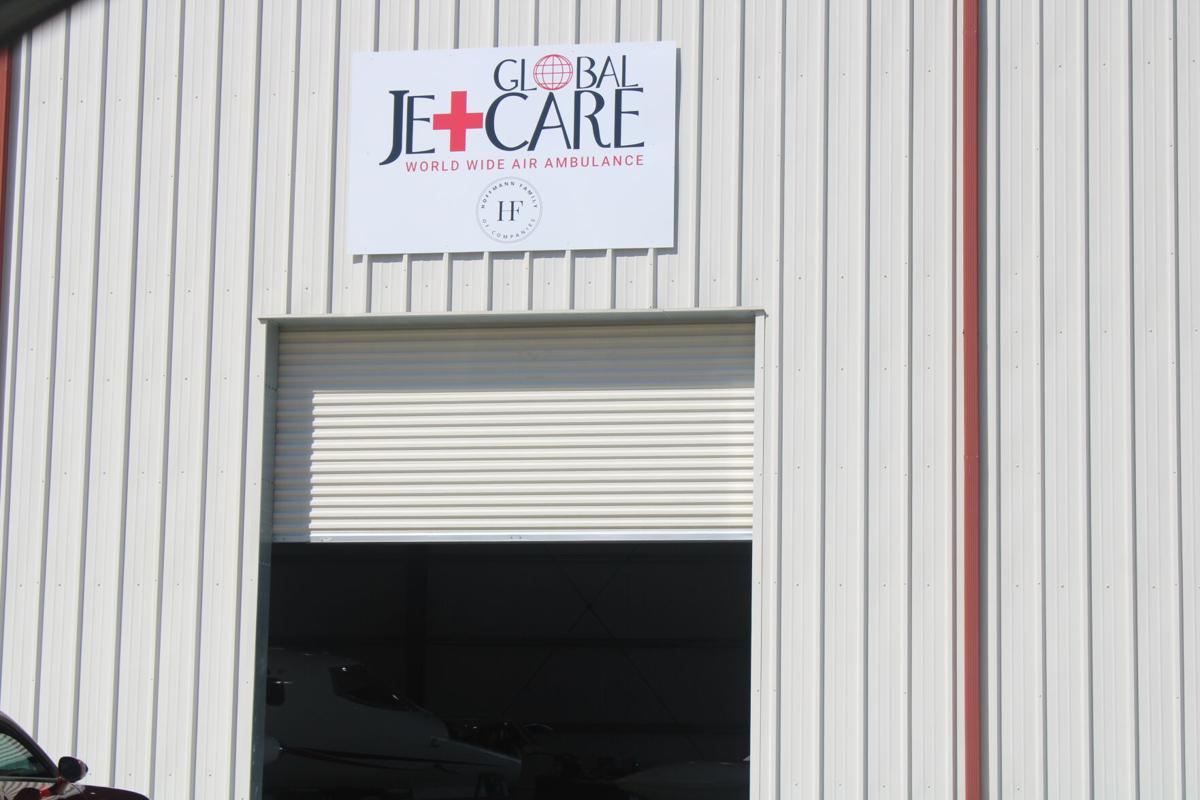 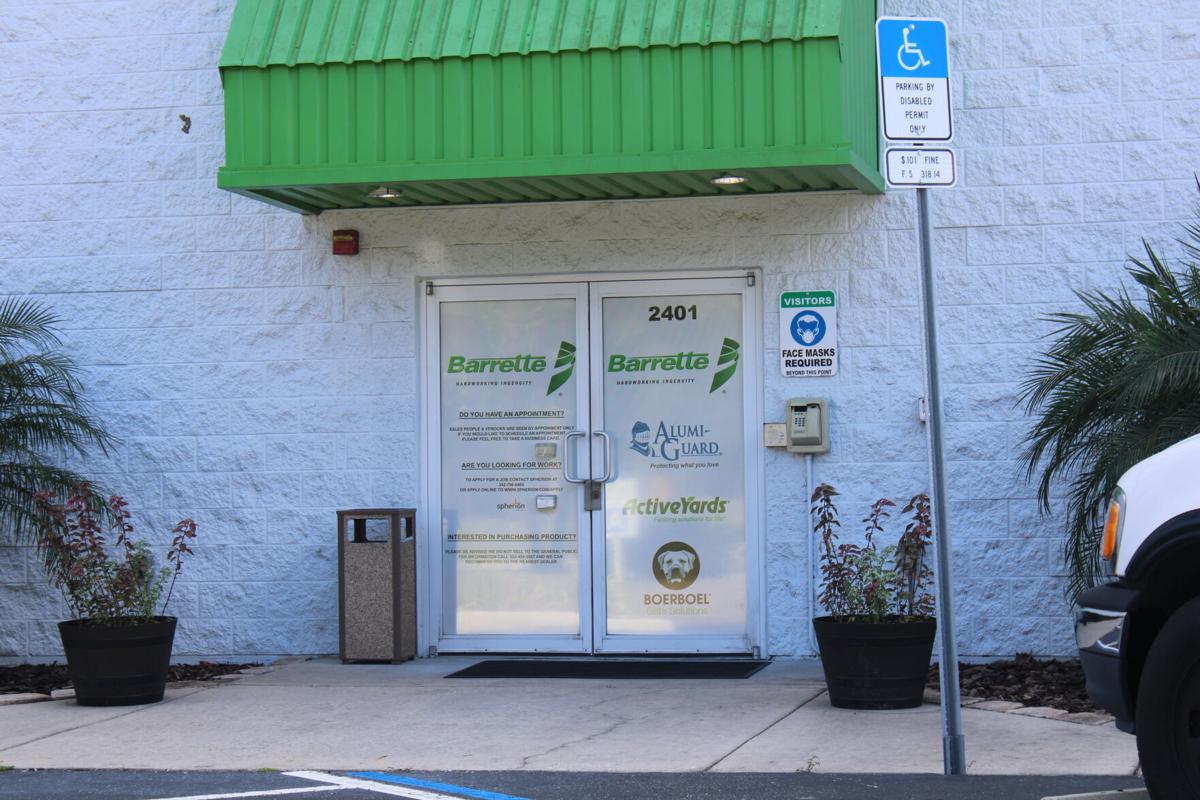 Barrette has a large facility near the airport.

Barrette has a large facility near the airport.

BROOKSVILLE — Two companies with facilities around the airport have growth plans that will include a second location in one case and the acquisition of property leased from the county in another.

Another project at the airport moved forward, as the county is getting $993,708 in funding assistance from the Florida Department of Transportation to make improvements to Runway 9-27 at the Brooksville-Tampa Bay Regional Airport. The $248,427 match will be funded by the Airport Operations Fund.

The commission approved it 5-0.

In addition, the commission approved a contract amendment with American Infrastructure Development, and work on the runway should begin after the beginning of 2022.

County Economic Development Director Valerie Pianta presented for the commission’s consideration a deal with Barrette Outdoor Living, which has a facility near the airport. The company wants to build a new facility at the rail park, she said, with a total of 170,000 square feet of space, and expects to hire about 150 more people. At its current site, the company has 300,000 square feet and employs 350 people. The company makes wood, vinyl and aluminum fencing, she said.

“It’s really a terrific project for us,” Pianta said, but added the company wants incentives in the form of about $91,300 in waived estimated permit and review fees, and estimated impact fees of $191,400.

Gary Williams, the vice president of operations for Barrette in Knoxville, Tenn., said the company is excited about the facility in Brooksville, and it has another location in Plant City. It’s growing by purchasing other companies, in Utah and Maryland, and he said the company’s happy with its relationship with the county.

Barrette sells to Home Depot and Lowe’s in the consumer market, and there’s a huge professional market for their products, he said.

Commission Chairman John Allocco said he had been on a tour of the company’s facility and was impressed, but asked how the impact fees would be paid. Pianta answered that they’d come from the general fund.

Commissioner Steve Champion was positive about the facility, but noted that they have to pay before they start hiring, reminding everyone about the Brooksville Air Center.

According to the Tampa Bay Times, the center was a fixed-base operator starting in 2009 but struggled financially and ended up in bankruptcy and foreclosure.

This looked like a better deal, Champion said. “I applaud this. I think it’s a great thing.”

The motion to approve passed 5-0.

The air ambulance company Global Jetcare offered $1.37 million to buy its leased location and make improvements at the airport.

Commissioners were positive about the effort, which involved waiving the competitive bid process, allowed because the company is in a targeted industry, aviation.

“We agreed to this lease with the intention that they would buy this property,” Allocco said.

Commissioner Jeff Holcomb said he got a tour shortly after the company moved in and the facility was not in good shape, but noted that they had made a lot of improvements and are growing their business.

“They’re flying all over the world from little old Brooksville,” Holcomb said.

Commissioner Wayne Dukes said he was impressed, too.

“You’ve done a good job. It’s going to be another plus for Hernando County,” Dukes said.

Of the sale price of $1.37 million, $1.09 million has to be returned to the Florida Department of Transportation.

Company president Bart T. Gray said he liked having the company in the area.

“We like this area because it has a small airport feel with big-airport capabilities,” he said. It keeps a fleet of Learjets at the airport and flies all over the world bringing ill passengers from overseas back to the U.S. for medical care.

Currently, it has 40 employees and has plans to hire six to eight pilots, plus more medical personnel, and might someday expand at the airport.

• The commission approved 5-0 a rezoning petition for the property near the airport where the new government and education facility is to be located. “I think this is going to be a tremendous project,” Holcomb said. “We’re moving forward on this because it’s the right thing to do.”

• Members held a long discussion about the parking of commercial vehicles in some areas, comparing Hernando’s rules to the rules in other Florida counties.

• The commission approved 5-0 Planning & Zoning Commission alternate Wilbur Steven Hickey to become a full member of the board to replace a member who resigned, and appointed John Carroll as the alternative member.

• The commission approved 5-0 allowing Delamere Industries to use some parking space at Lonnie Coburn Park for employee parking in a three-year license agreement.

• The commission approved 5-0 a master plan revision petition for multi-family housing near the Trillium development. The developer hopes to have the complex of studio, one-, two- and three-bedroom units finished by the end of summer 2022.

• The commission approved 5-0 a master plan revision petition by Meritage Homes for a development in the rural area, amid negative public comment from neighbors.