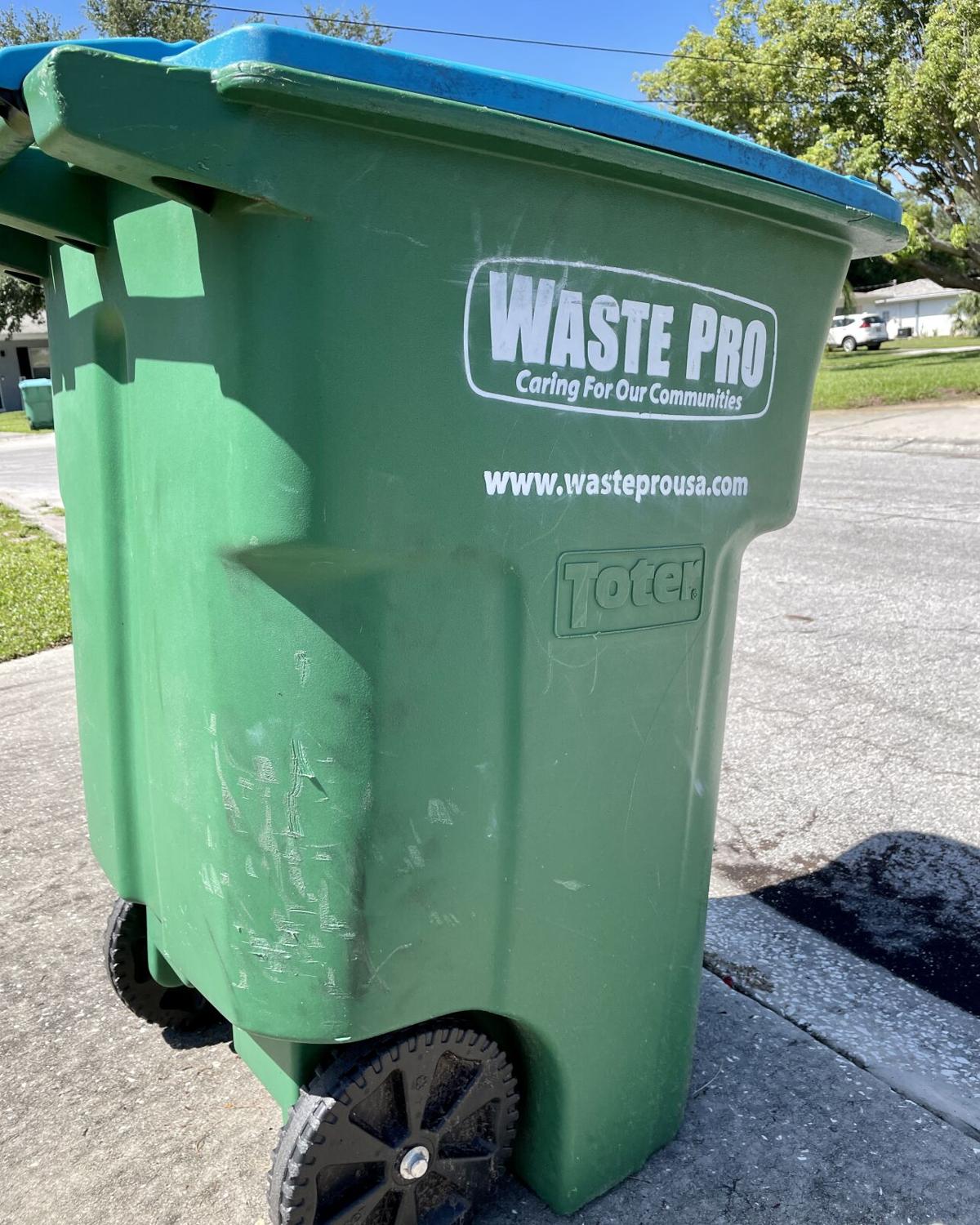 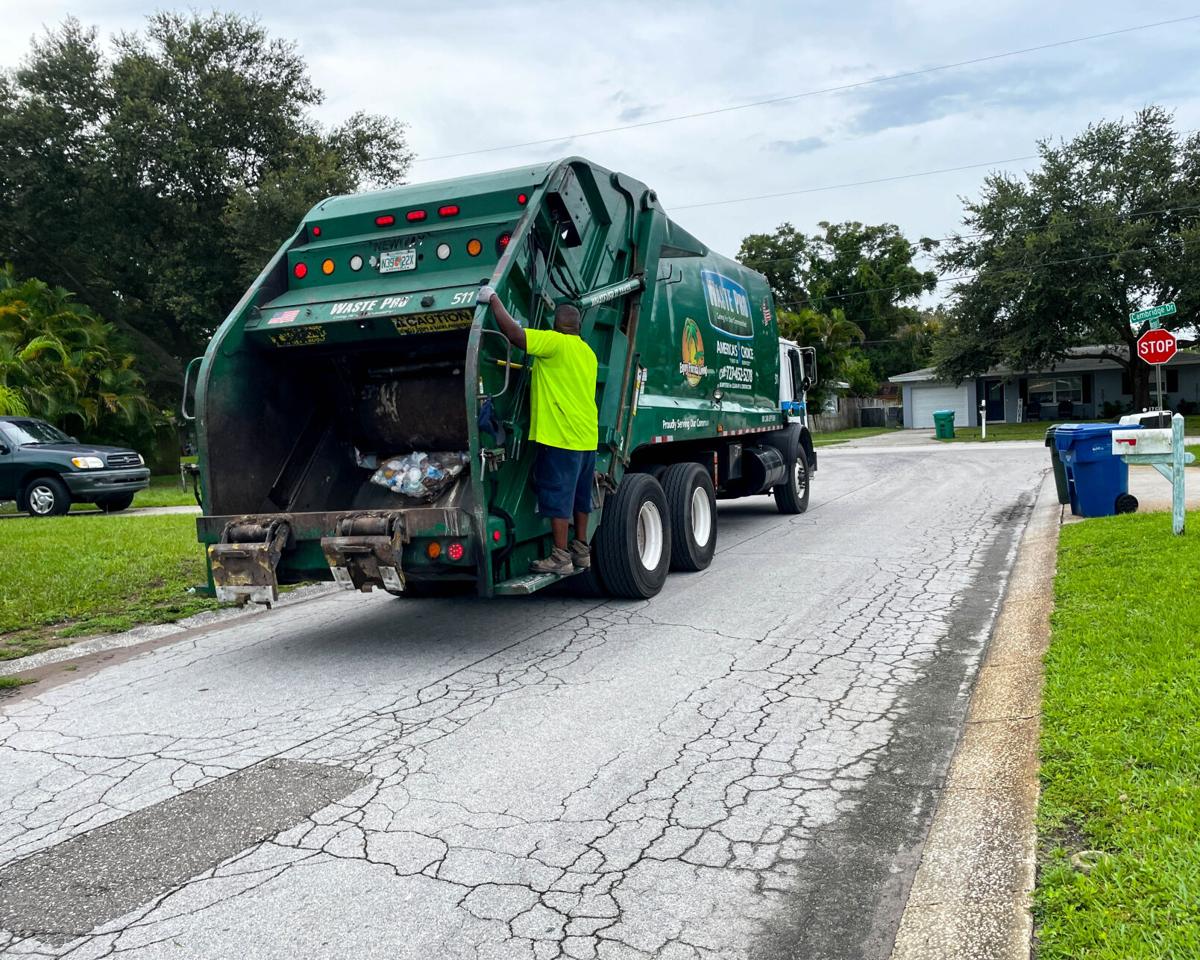 TARPON SPRINGS — Officials throughout Pinellas County have been paying extra attention to trash collection in recent weeks, as solid waste removal and recycling service contracts expire in many cities, and collection rates fluctuate as the industry grapples with major changes to its business model.

In Oldsmar, the City Council recently voted 5-0 to switch to Orion Waste Solutions beginning Oct. 1, with Council member Katie Gannon calling the five-year agreement a “hue deal” because it “does not involve a $10 rate increase for city residents…and with no change in their current service,” and she said she was grateful Oldsmar was “able to keep our rates the same amid so many other cities who could not.”

In Tarpon Springs the city’s contract with longtime service provider Waste Management is also set to expire Oct 1, and after putting out a Request for Proposals, or RFP’s, for new contracts, staff recommended going with the evaluation committee’s top-ranked company, Waste Pro of Florida.

“We’re coming here to recommend the award for solid waste and recyclable material collection services to Waste Pro of Florida from the period of Oct. 1, 2021, to September 30, 2026, which is a five-year contract in the estimated amount of $4,099,782.22,” Public Works Director Tom Funcheon said when the item was read during the August 10 Board of Commissioners meeting. Funcheon said the monthly residential rate would increase about $1.15 per resident, or 6.9 percent, while the commercial rate increase should fall in the four-five percent range. He said the first-year collection rates are in line with current rates but noted annual increases should be expected based on the Consumer Price Index.

Although Waste Pro’s proposal was $8 million less than the next closest bid from Waste Management, a Texas company that has had Tarpon’s collection contract for 20 years, the board was split over factors such as collection days and roll off service as well as the lack of public input on the subject.

“With the collection days, you’d be dividing the city in half?” Mayor Alahouzos asked Tracy Meehan, Waste Pro’s municipal marketing director, who explained half of the city would be collected for trash on Monday and Thursday and the other half on Tuesday and Friday, with Wednesdays reserved for recycling.

“So, you’re saying half the people in Tarpon Springs are going to have to change their schedules, right?” Alahouzos asked to which Meehan replied, “yes.” When Alahouzos asked how Waste Pro could set rates much lower than its competitors, Meehan said it was due to the consolidated collection schedule and having six trucks dedicated to Tarpon Springs as opposed to the 14 trucks currently deployed by WM.

Vice Mayor Jacob Karr, however, said he “would like to see that Wednesday (collection) go away” while stating his support for Waste Pro’s proposal due to the lower cost. “At the end of the day I think the residents are going to be happy with this and I think Waste Pro is the best way to go,” Karr said.

Commissioner Townsend Tarapani was said he was concerned about Waste Pro changing the yard waste collection day from Monday to Thursday, but Commissioner Connor Donovan strongly supported the proposal. “I understand people are hesitant to change, and I applaud the relationship we had with Waste Management over the years,” Donovan said. “But this is a difference of eight million dollars. That’s not close. So, I support the Waste Pro proposal.”

Commissioner Costa Vatikiotis questioned how the commission could make such an important decision with little advance notice and no input form the residents outside of social media. “I think this was a little quick to spring on the residents,” Vatikiotis said, adding, “Normally, with something of this significance I would like to have seen this go to the Budget Advisory Committee for their opinion.”

Karr then made a motion to defer a decision until the next commission meeting, and it passed, 3-2, with Tarapani and Donovan voting no. The BAC was scheduled to discuss the issue Aug. 19, with the item set to come back to the BOC for a public hearing on Tuesday, Aug. 24.

After the meeting, Mayor Alahouzos spoke about the next step. “I want to hear from the people on the costs and other concerns,” he said, adding, “We recently worked hard to reduce the water rates, now we have an opportunity to save $8 million dollars on this, but I want to hear what the people say.”

When asked what he expected to happen at the next meeting, Alahouzos said he “thinks it will be decided Tuesday night, but we want to hear what the people want. After all, we work for them!”