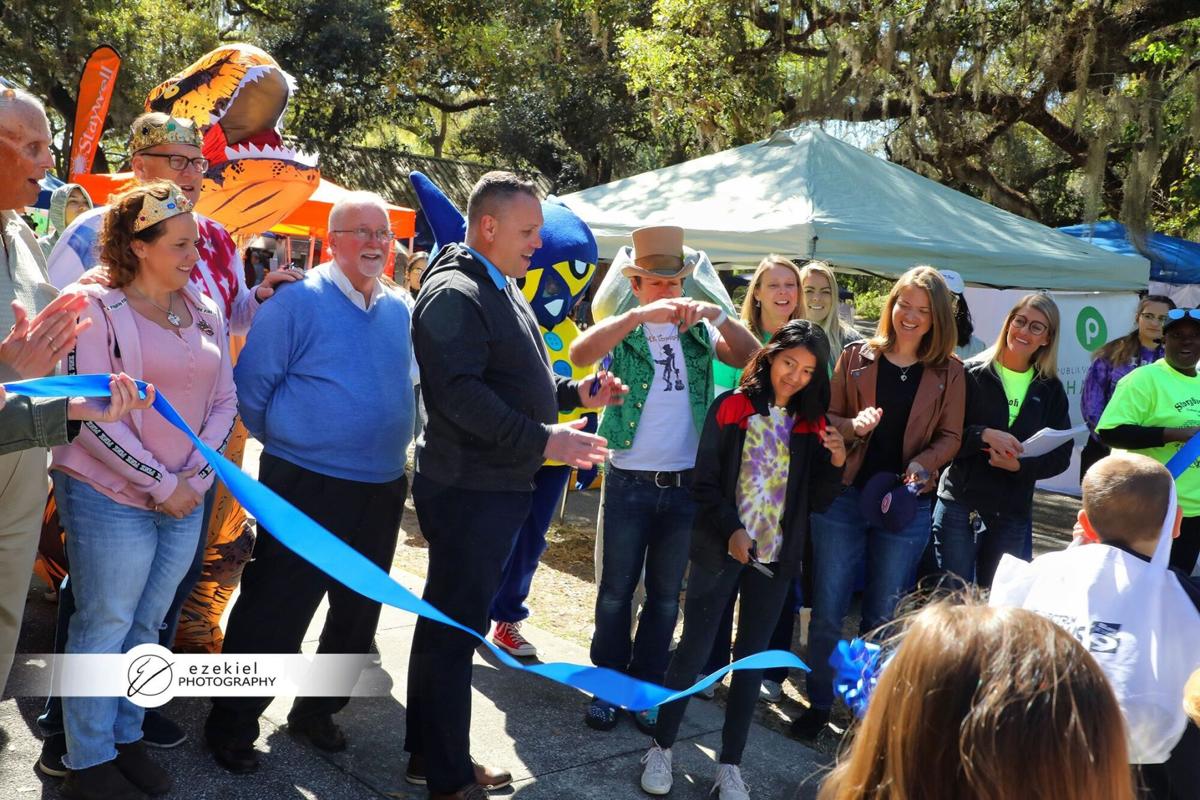 Steve Knobl, executive director of the Early Learning Coalition of Pasco and Hernando Counties, cuts the ribbon to open Storybook Forest, at Crews Lake, in the Shady Hills area. 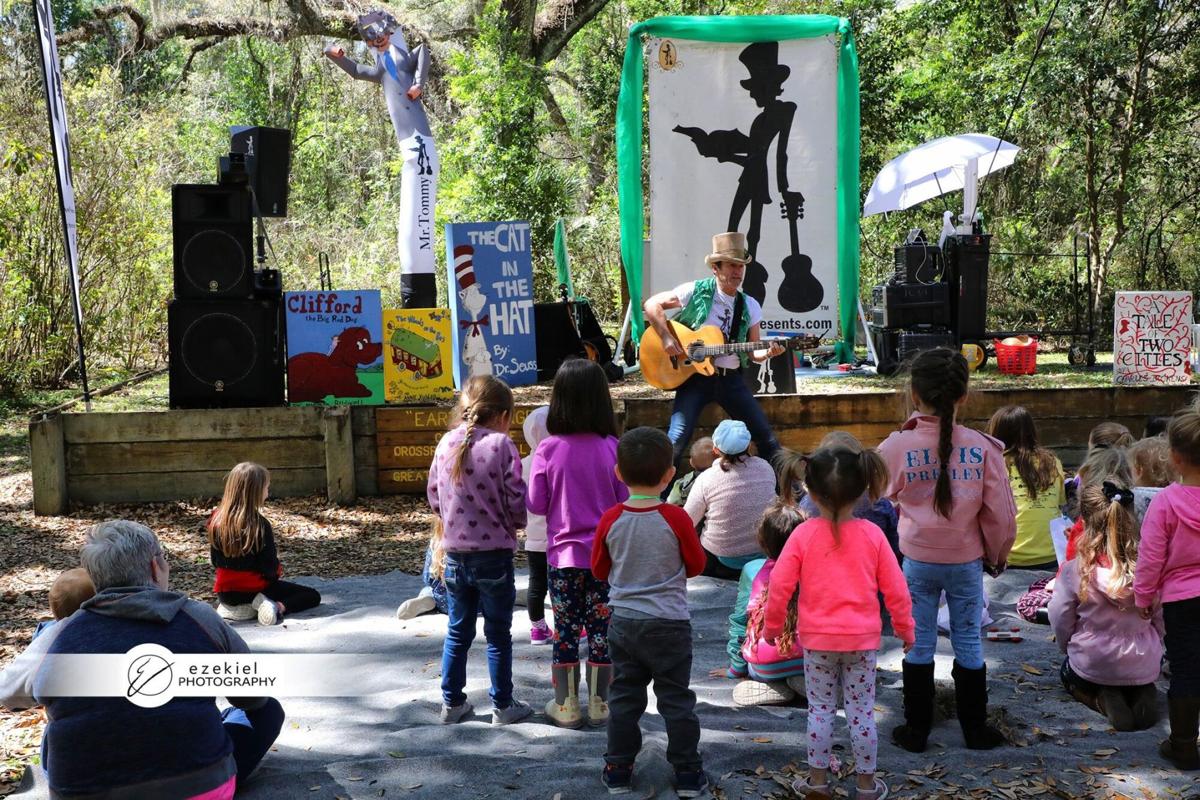 Steve Knobl, executive director of the Early Learning Coalition of Pasco and Hernando Counties, cuts the ribbon to open Storybook Forest, at Crews Lake, in the Shady Hills area.

The coalition’s focus with the event was promoting early literacy with hands-on children’s activities based on themes from children’s books.

Knobl had a little help from a special group of characters already brought to life in the imaginations of youngsters: R2D2, Curious George, Clifford the Big Red Dog, Elmo.

In addition, Tommy Girvin, a Wesley Chapel-area composer, author and long-time lead guitarist and musical director in the late singer Eddy Money’s band, was on hand with his Mr. Tommy’s Musical Show for Kids.

ELC officials say more than 1,500 attended toured the forest March 7 under sunny skies highlighted with smiles all around. Daniel Tiger and Katerina Kittycat from “Daniel Tiger’s Neighborhood,” a PBS animated series inspired by “Mister Rogers’ Neighborhood,” served as greeters, welcoming youngsters and their families as they entered the park.

Preschool providers such as Boys and Girls Club Hernando featured the children’s classic, “Charlotte’s Web,” with nothing less than a real-life pig.

The 70-plus vendors that participated included nonprofit organizations, businesses and preschool providers. They had exhibits such as real caterpillars based on the popular book, “The Very Hungry Caterpillar.” There was also “Curious George Plumber’s Helper,” sponsored by Meares Plumbing, which featured a game where youngsters pop a ball into a pipe and watch it travel to areas that matched the colors of the book.

The level of creativity was exciting for children as well as the parents.

There were story time readings, such as Spectrum Bay News 9 reporter Sarah Blazonis reading “If You Give a Moose a Muffin” and the Stevens Puppets presenting the story of “Aladdin.”

The Spring Hill Florida Ghostbusters provided a few other surprises, such as slime experiments, and free train rides were provided to families by the Central Pasco and Gulf Railroad.

At the famous log cabin, Growing in Grace preschool hosted hands-on activities that involved sensory and touch with fun gooey-ness based on Dr. Seuss’s “Bartholomew and the Oobleck,” which follows the adventures of a young boy who must rescue his kingdom from a sticky green substance called “oobleck.” Knobl and the staff of the Early Coalition of Pasco and Hernando Counties wanted to make sure the public knew of the generosity and support without who Storybook Forest would not be able to make its magical appearance every year.

For more information about the Early Learning Coalition of Pasco and Hernando Counties and its programs such as VPK and School Readiness, visit www.phelc.org.