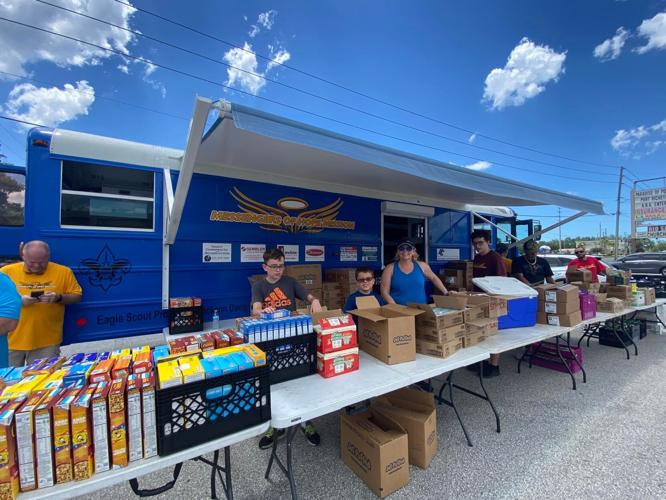 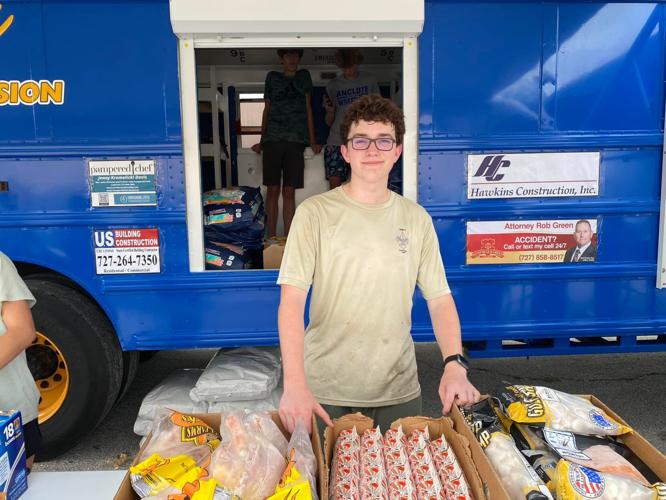 Jackson Davis is looking to earn his Eagle Scout award after completing his project.

Jackson Davis is looking to earn his Eagle Scout award after completing his project.

NEW PORT RICHEY — Anyone can join the Boy Scouts of America, but it takes true determination, passion, and commitment to become an Eagle Scout.

Jackson Davis, a member of BSA Troop 77, is making a difference in his community through a mobile food pantry that was his Eagle Scout project. Jackson partnered with Messengers of Hope Mission, initially asking if he could collaborate with the nonprofit, and then surprising them with the funds a little less than two years later to get the mobile food pantry going.

Bob Gardner, co-founder and chief executive of Messengers of Hope Mission, remembers what it felt like to find out this dream was going to be a reality.

“It was pre-COVID,” Gardner said, “and a father reached out to me that his son would like to come talk to me about an Eagle Scout project. We met at my office and Jackson detailed the ideas for the bus. I thought it was an amazing idea. When he left, my thought was we’ll never see him again.”

Jackson said COVID put a year’s halt to the project. The time didn’t go to waste. Jackson raised $15,000 for the bus, which was purchased from the Pasco County School Board for $2,000. More than 450 volunteer hours went into renovating the bus, thanks to other scouts from Troop 77, members of the Mitchell High School swim team and the robotics club from Wendell Krinn Technical High School.

“We get a lot of people who come up with these grandiose ideas, and I’ve just learned to say that’s a great idea,” Gardner said. “About 19 out of 20 people, I never see again. His father contacted me again (a year and a half later) and said, ‘Hey we'd like to meet up again and talk about the status of the buses.’ I literally thought the status of the bus was they still wanted to do it. They told me they were getting ready to buy it, they wanted my opinions on it. I was floored.”

On July 17, Jackson was able to take the bus out with Messengers of Hope Mission. Families living in the area who needed food were able to come out and see the bus in action. Once Jackson set up an awning and unloaded food on tables, he was able to interact with those who came by.

On the first day, at least 125 people came through for food. Jackson said what he heard from the individuals who came was that they were impressed with the bus.

“It was amazing to see it in action,” Jackson said. “I was nervous that something would go wrong going into it, but it ran really smoothly. I’m proud of the work that I’ve done, and all the volunteers have done as well.”

Although the bus is in operation, Messengers of Hope Mission needs food donations. Gardner said that the problem is most of the food banks have shut down and he recently heard that Tampa’s biggest food bank is cutting back on what the nonprofit can get.

“What we were getting about a year-and-a-half, two-years ago, we’re going to get about 15-20% of that now,” Gardner said. “That’s after losing five other food banks.”