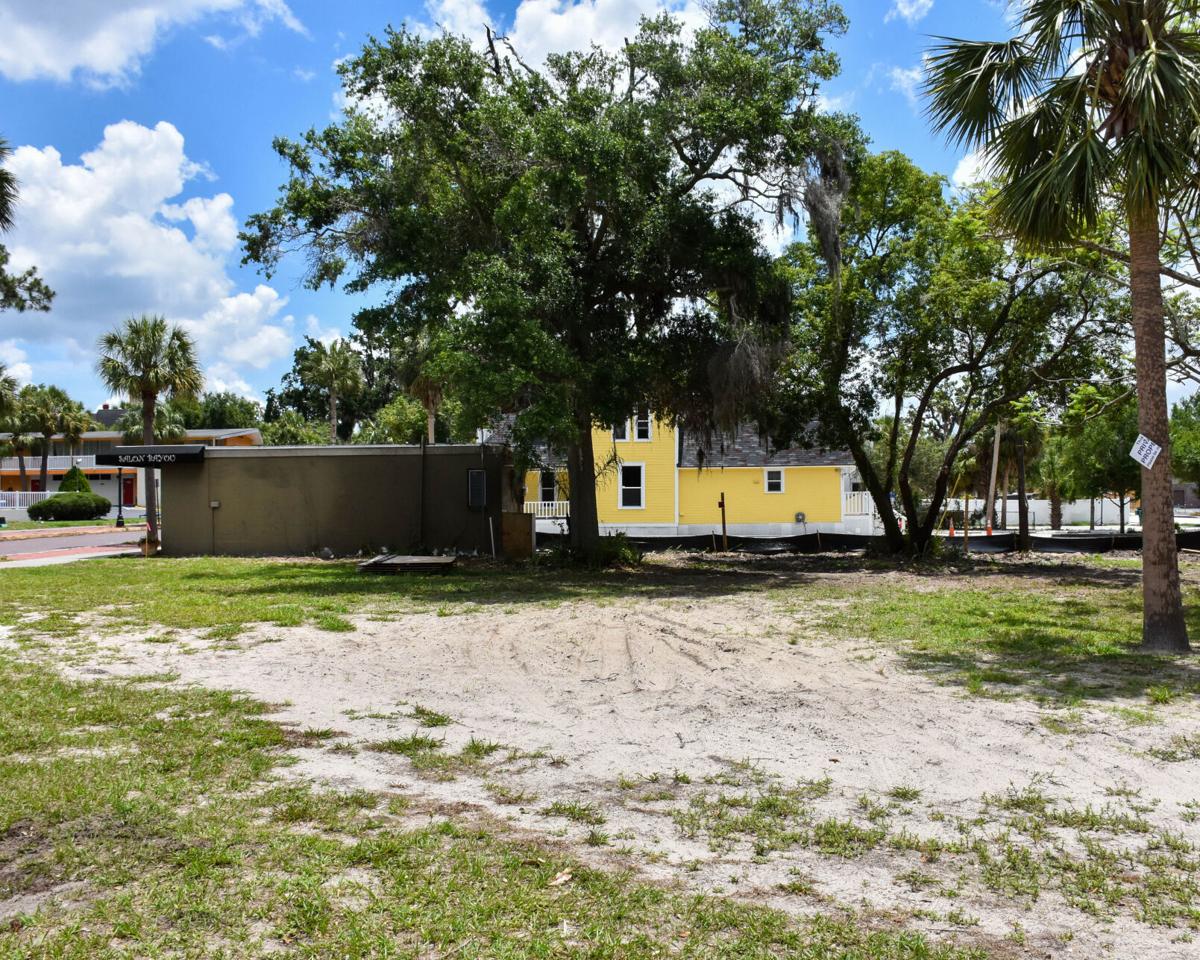 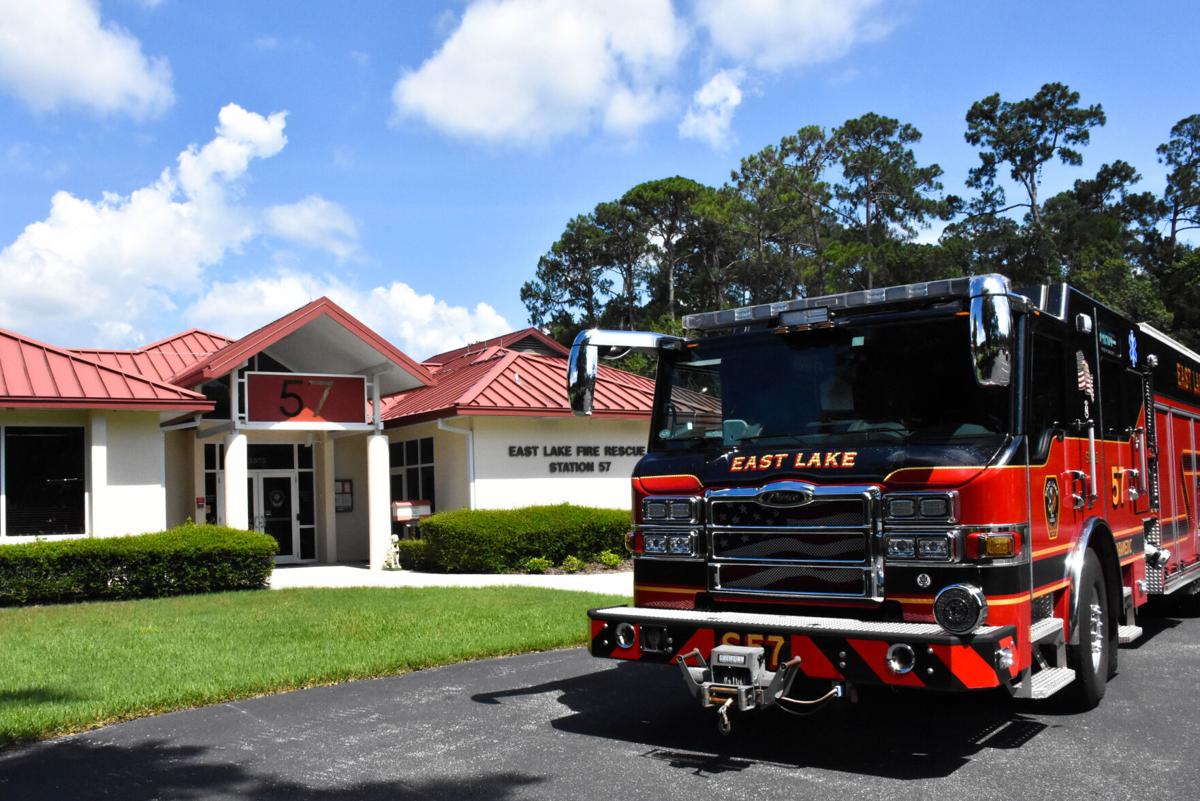 This year’s presidential race is unquestionably the focal point of the Nov. 3 election, but there are a number of items further down the ballot that will have a direct impact on north Pinellas County residents. Six candidates are vying for two open East Lake Tarpon Special Fire Control District seats, while a referendum question regarding the purchase of a piece of property in Tarpon Springs for $650,000 could ultimately change the face of the city’s downtown district.

While fire commissioner might be a less prestigious title than commander in chief, the position carriers a lot of weight, especially in north Pinellas, where six candidates are running for two openings on the Board of Commissioners for the East Lake Tarpon Special Fire Control District: John D. Cattel, Maryellen Crowder and Tom May for Seat 3; and James Dalrymple, Peter Nehr and Michael S. Peasley for Seat 5.

Seat 1 incumbent Kevin Kenney was automatically reappointed when no one qualified to run against him.

In overseeing an award-winning special district that covers 33,000 square miles and serves 33,000 residents in unincorporated Pinellas County, the five East Lake Tarpon Special Fire Control District board members have “the power to supervise, control, regulate, and manage the fire department that provides services to the district,” according to the governing body’s bylaws. The commissioners also have the authority to manage the department’s budget, which for fiscal year 2019-20 was just under $8 million.

All of the above means a position on the board is highly coveted, and with large pool of diverse candidates on the ballot, the race for the two open seats has been contentious at times.

“I think it’s a great indication of the health of the community that we’ve had so many people step up and run,” East Lake Fire Rescue Chief Tom Jamison said by phone two weeks before Election Day. “I think word is out that we have an excellent department, and most want it to remain that way, while others would like to make major changes.”

Jamison, who has been with ELFR since 1995, the past nine years as chief, said “this is one of the more contentious elections I’ve seen in my 25 years here,” noting the candidates all come from varying backgrounds, including business, finance and firefighting.

The chief, who is set to retire next summer, acknowledged some of the contention stems from his public endorsement of two candidates, Seat 5 challenger Peasley and Seat 3’s Crowder.

“I think there’s some hurt feelings because I choose to back some of these candidates with my time and dollars in my off-hours because I don’t agree with some candidates’ positions and actions,” Jamison said, noting he donated the maximum amount allowed, $500, to each candidate. “But I think the unanimous support of the firefighters speaks volumes as to who they want to see continue to serve the community.”

According to Crowder, a longtime veteran of the banking industry with an extensive fiduciary background who has served as a member of the Community Emergency Response Team since 2014, her resume makes her the most qualified candidate for the position.

“I think I have a very good chance this time because the firefighters’ unions have come out and endorsed us,” she said, noting she lost her previous race in 2018. “I’m not here to tell you how to run a fire station, where an ex-firefighter might try to do that.”

May, however, is a former firefighter, and he believes he is the right person to lead the board into the future.

“I’ve been involved with this department for 40-plus years and I’ve seen it evolve and grow,” said May, a former assistant chief who started with the department as a volunteer when he was 16 and retired in 2012. “I have a lot of knowledge of this area. So, to see the chief and the union endorse (Crowder) is disheartening. But I wanted to come back and throw my name in the hat to help the community, and at the end of the day, if I lose, I’m still retired.”

Meanwhile Cattel, a mechanical engineer and businessman who qualified at the 11th hour, said the reason he wanted to run “was to balance the other” candidates.

“I’m not part and parcel to all the history here. I’m a new face,” the Massachusetts native said. “I think I have better perspective and experience than the other two candidates … because I’m a local businessman, I’m a CEO and a mechanical engineer, not a travel agent or an ex-firefighter.”

Cattel said regardless of who earns the most votes Nov. 3, he hopes voters pay attention to the race.

“The fire commissioners races seem so far down on the ballot that even the Hubble (telescope) can’t see them,” he joked. “They are a forgotten entity on the back of the ballot, and nobody seems to be paying attention to this race. But it’s about as local as it gets because it affects people in two and a half zip codes ... and due to its critical nature, it deserves some scrutiny.”

In the Seat 5 race, incumbent Dalrymple was a member of East Lake Fire Rescue for 27 years. He has been a commissioner for the past four years.

Peasley, a private investigator, has earned the endorsement of the local and state firefighters’ unions. Nehr served in the Florida House of Representatives from 2006-2012. He is a small businessman and worked as a master guardian ad litem.

In Tarpon Springs there are several pieces of property that have been subject to intense discussions about what to do with them over the years.

One such parcel, known as the Hoffman property, features a pair of narrow, vacant lots at the intersection of West Tarpon Avenue and North Springs Boulevard across from Craig Park.

For years, city officials and residents have debated what to do with the prime piece of real estate, talks that intensified after the city purchased the adjacent Sun Bay Motel for more than $800,000 in 2018 and demolished the notorious trouble spot with an eye toward combining the lands for future development.

Soon after he was elected in March, Commissioner Costa Vatikiotis suggested they put the potential purchase of several sought-after properties to the voters for referendum, and while the question of whether to purchase the Hoffman property for $650,000 was the only one to make the ballot, it means residents will have the final say on something that could impact the future of the downtown district.

“I was in favor of having the people make a decision, and whatever is the decision by the people of Tarpon Springs I am going to work with it,” Tarpon Mayor Chris Alahouzos said recently. “If it passes, we purchase it, and if it doesn’t, we won’t. Whatever the people tell us to do. It’s quite a bit of money, but if we get the approval, we will put it on the agenda and move forward.”

Alahouzos noted there have been many ideas floated as to what to do with the land, including keeping it a passive park space, building town homes, condos or a mixed-use development, even relocating the Safford House Museum to the site. “Not everyone likes it,” he said of the proposal to move the historic home, located a few blocks away at 23 Parkin Ct., to the property. “Some do, some don’t. Everyone has different ideas when it comes to the land.”

But he said the first step is to have the residents decide whether to move forward and then go from there.

“For me I like it when people discuss it and tell us what to do. It makes my job a lot easier,” Alahouzos said. “But first we’ll see if it passes, and then we’ll decide what to do with it.”