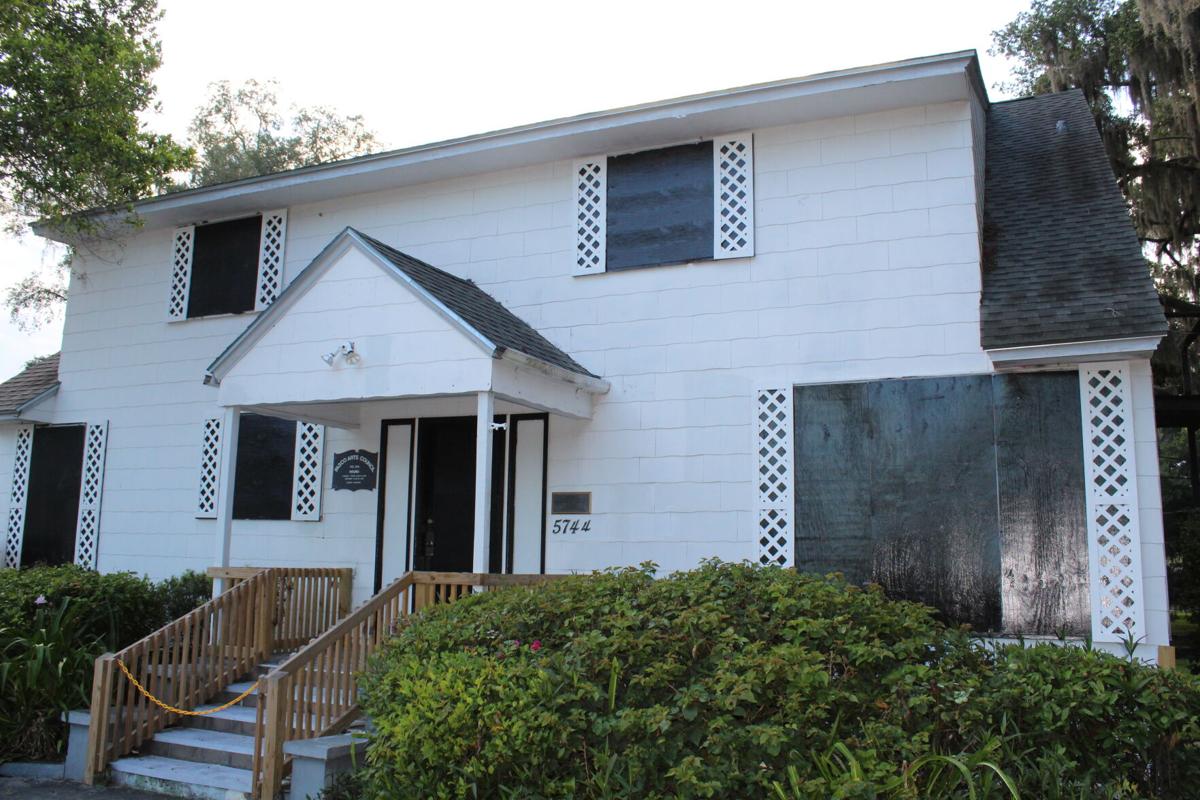 The Anderson House, built in 1938, was added to the National Register of Historic Places in 1996. In disrepair and vacant since 2015, it may be demolished so the county can construct a new community park. 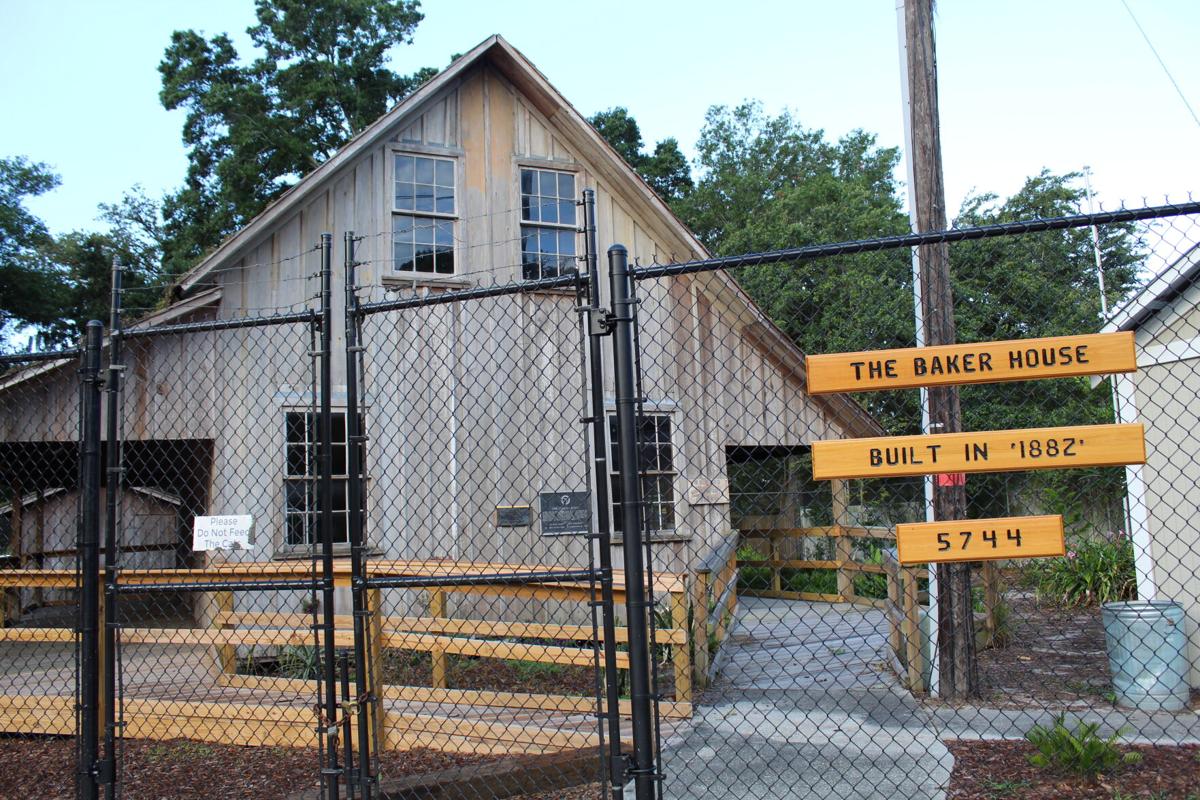 The Baker House, listed on the National Register of Historic Places, will not be affected by the construction of a new community park. The nearby Anderson House, also designated as historic, faces demolition.

The Anderson House, built in 1938, was added to the National Register of Historic Places in 1996. In disrepair and vacant since 2015, it may be demolished so the county can construct a new community park.

The Baker House, listed on the National Register of Historic Places, will not be affected by the construction of a new community park. The nearby Anderson House, also designated as historic, faces demolition.

HOLIDAY — The possibility that one of West Pasco’s three structures listed on the National Register of Historic Places could soon be demolished remains a likely scenario.

The property in question is the Anderson House, 5744 Moog Road, and the reason for its potential demise relates to plans for building a park on the adjacent Centennial Park Branch Library campus. The creation of a neighborhood park is the final phase of the library’s interior and exterior remodeling and renovation project. Centennial Park Branch Library reopened to patrons May 24. When public meetings were held during mid-2019 to discuss project specifics, the demolition of the Anderson House was being discussed as a potential option.

More than two years later, the discussion of what to do with the 80-plus-year-old historic structure continued during a June 18 public meeting. The purpose of the meeting was to address the project’s impact to a historic property and continue gathering public comment.

Participating in the meeting virtually was Matt Marino, a cultural and heritage resources management consultant with Paleo West, a cultural resources management firm retained by Pasco County Libraries to help navigate the county through the Section 106 process of the National Historic Preservation Act of 1966. Section 106 states: “Federal agencies, or sponsors of federally funded or permitted projects, must be responsible for their project’s impacts to historic properties.”

Since the park-building project is receiving funds from a Community Development Block Grant from the U.S. Department of Housing and Urban Development, Pasco County is responsible for compliance with Section 106. Those CDBG funds must be used on projects that help develop viable urban communities providing decent housing and a suitable living environment, Marino said. Therefore, those funds can go toward building a community park but not for addressing the Anderson House, which has fallen into disrepair and sat vacant since 2015.

A second of West Pasco’s three locations on the National Register of Historic Places, the Baker House, is a neighbor of the Anderson House and Centennial Park Branch Library. The proposed park does not adversely affect the Baker House.

The Anderson House was built in 1938 by Charles Anderson, a prominent citrus grower. It was designed by Tampa architect Garry Boyle and built by Anderson’s son-in-law, Guy Kuenzi. The house was added to the National Register of Historic Places in 1996 based on a number of significant features and amenities, including a mix of contemporary materials blended with traditional construction techniques of the time, mahogany paneling, an electric garage door opener, a telephone room, a solar water heater, a garbage incinerator, a walk-in shower and a cast concrete doghouse with a foyer in the backyard.

Pasco County retained an architectural firm in 2016 to provide a cost estimate for repairs to the Anderson House. That figure of $555,797 is now $626,500, adjusted for inflation, according to Marino’s report. He added that funding for repairs would come from the county’s maintenance funds, which are prioritized for occupied spaces providing essential services to residents.

With demolition of the Anderson House continuing to be the recommended option by Paleo West, Marino listed a number of mitigation measures. These included the naming of the grounds, applying for a Florida historical marker to be placed on the site, creating interpretive materials and exhibits, creating a virtual reality or 3-D model of the Anderson House or salvaging architectural elements of the building to be displayed.

In attendance at the June 18 public meeting either in person or virtually were two great-grandchildren of Charles Anderson and the son of the home’s builder, Guy Kuenzi. All three expressed their adoration of the home and its significance while also understanding why it may be razed and appreciating Pasco County’s efforts to keep its legacy alive.

Vic Mallett, vice president of the West Pasco Historical Society, voiced objections to razing one of the area’s few sites listed on the register and questioned the total cost differences that come with knocking it down or restoring it.

The county and Paleo West are accepting more submitted public comments for two weeks following the June 18 meeting. Marino said residents can continue submitting comments but that he couldn’t promise they’d be taken into consideration as the process is moving forward. Additional comments can be submitted by leaving a voicemail at 850-296-3669, ext. 7117 or sending emails to mmarino@paleowest.com.