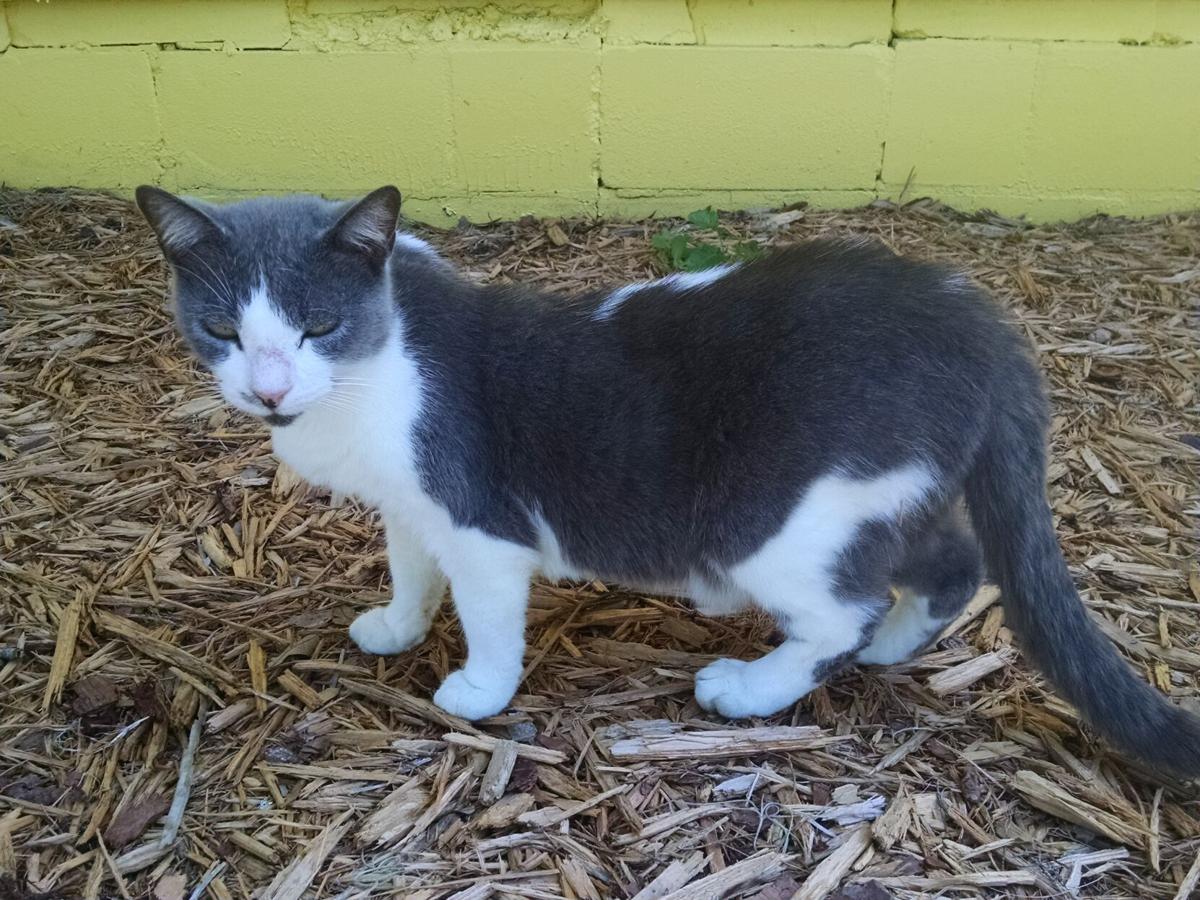 Bella was a feral cat who became popular at Flow Yoga. 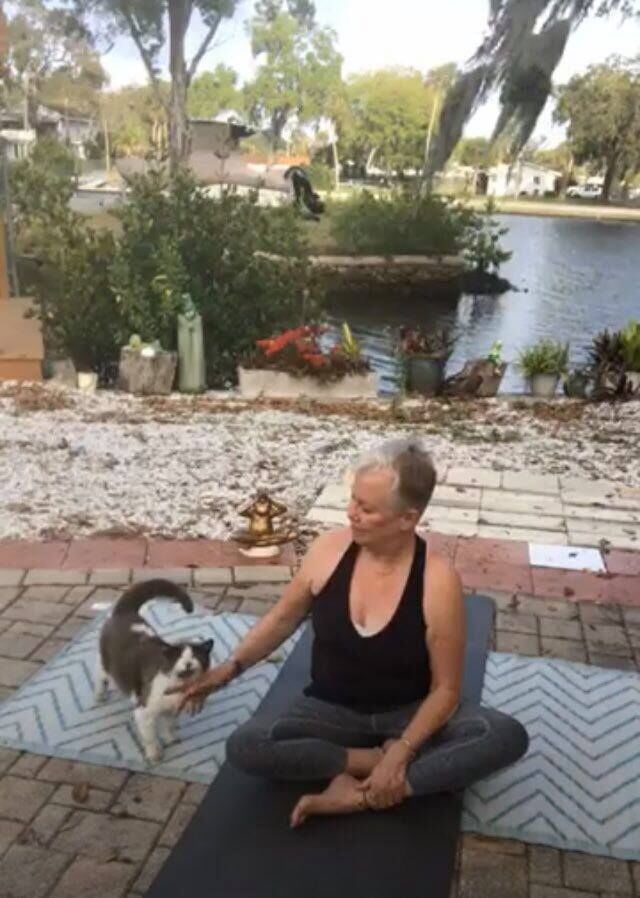 Bella was a companion to Faith and her class members. 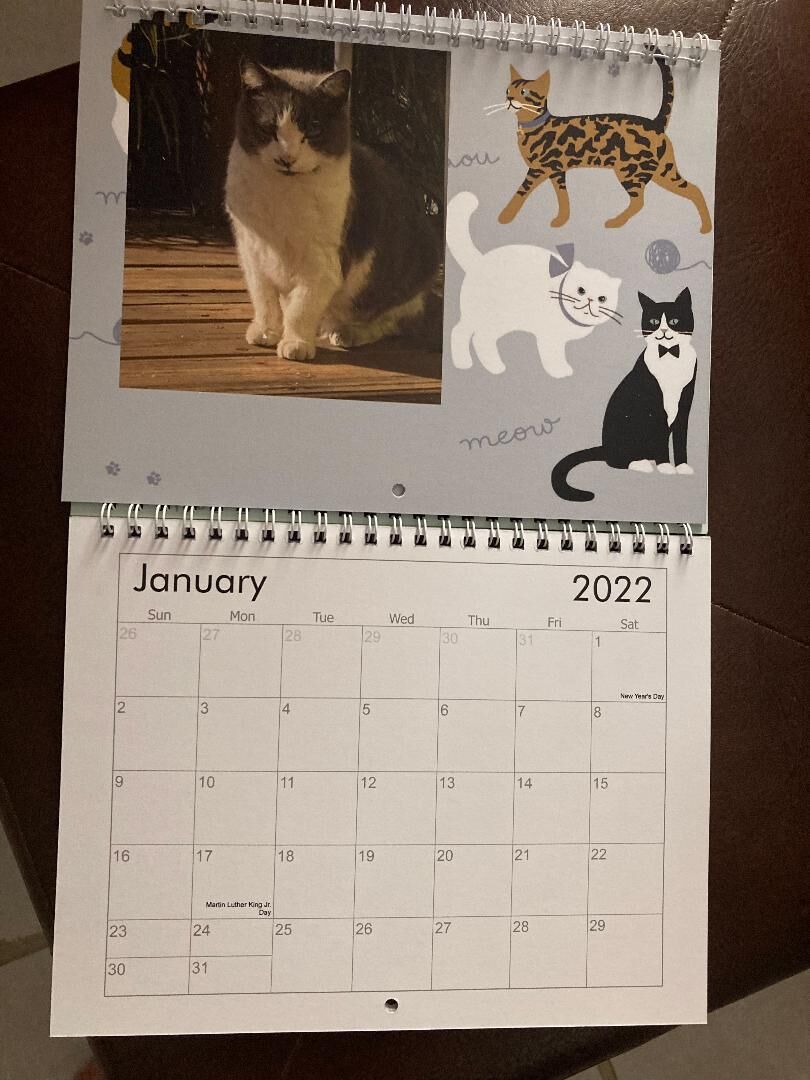 A Bella calendar features the many features of the beloved cat.

Bella was a feral cat who became popular at Flow Yoga.

Bella was a companion to Faith and her class members.

A Bella calendar features the many features of the beloved cat.

Bella was not just your average outdoors cat who comes looking for available scraps of food. She was a nurturing soul in a feline body that stayed by the side of other feral cats, and helped Flow Yoga owner Faith Bevan tell the difference between feral and tamed cats as she did her best to rescue them.

It’s been nearly three months since Bella died at nearly 15 or 16 years old, according to Bevan, and the community continues to miss the cat that became a star through Flow Yoga’s online classes.

“She was such a cool, special cat and had been with us for such a long time,” Bevan said. “She deserved for us to do something really special for her. We miss her every day. She touched the hearts of everybody, and she was like everybody’s cat.”

Flow Yoga will celebrate Bella’s life on Sunday, July 25. A 9 a.m. class is open to the public with a donation to The Runaways Animal Rescue, a beneficiary organization that is working to renovate a facility so it can continue its mission to protect and advocate for animals. After class, Bevan will host a dedication at 10:15 a.m. A portion of any sales at Flow Yoga on Saturday will be donated to the Runaways.

Bevan bought the building where her studio is located in June 2005, and it opened to the public in January 2006. It was sometime between those months that Bevan first became acquainted with Bella. Other shop owners in the area left food out for Bella, but she had no interest in human beings.

Over the years, people brought Bella treats and she became more friendly and accustomed to people, Bevan said. During COVID, as businesses like Flow Yoga switched to online classes and no one was coming by the studio except for Bevan, Bella visibly began to miss the attention.

“I was broadcasting my classes online, and I was doing classes outside,” Bevan said. “She would hang out and crisscrossing in front of the camera. I would be on the mat and she’d come up to me and want to be petted, so now I’m doing yoga, teaching yoga, I’m online and I’m petting Bella. She became a part of it.”

Bevan added that she had heard from a few people who were watching her yoga classes just to see Bella. Upon reopening to the public, Bevan continued her yoga classes outside and Bella joined in, greeting people who took the class. For the next year, Bella became a staple in the community and was eager to be around while classes were in session.

It wasn’t until one day a few months ago that Bella didn’t show up, and the class participants were too concerned to practice so they went on a hunt for Bella. Bella had been suffering seizures in her old age, and she was found in bad shape. Bevan said she and another woman who was dedicated to Bella brought her to the vet to be euthanized because there was no point in her suffering any more than she had to.

To this day, people still ask about Bella and Bevan felt she had to do something for the community to give them closure.

“Bella touched so many people’s hearts and that’s what yoga’s about, it’s about the heart, it’s about the connection and the community,” Bevan said. “That’s why it’s important to me when I was introduced to The Runaways opening a facility in Port Richey, because I utilized the help of different rescues during the years. It was important for me to reach out to them and how can I help because we’re all in this together.”

The Runaways Animal Rescue owner Danielle Giroux, said, “I really look forward to meeting the people in the community. We just purchased a facility on Washington Avenue that’s right down the street from the yoga studio.”

Giroux said she hopes to be fully open to the public by August, but right now is foster-based and finishing renovations. Working with animals continues to be a rewarding experience for Giroux and her team at the rescue. She said she loves watching the animals she fosters become loving toward humans, and can tell they are thankful for being taken in.

Giroux and her rescue team will be in attendance of Bella’s dedication, and available to chat with the community about their mission.