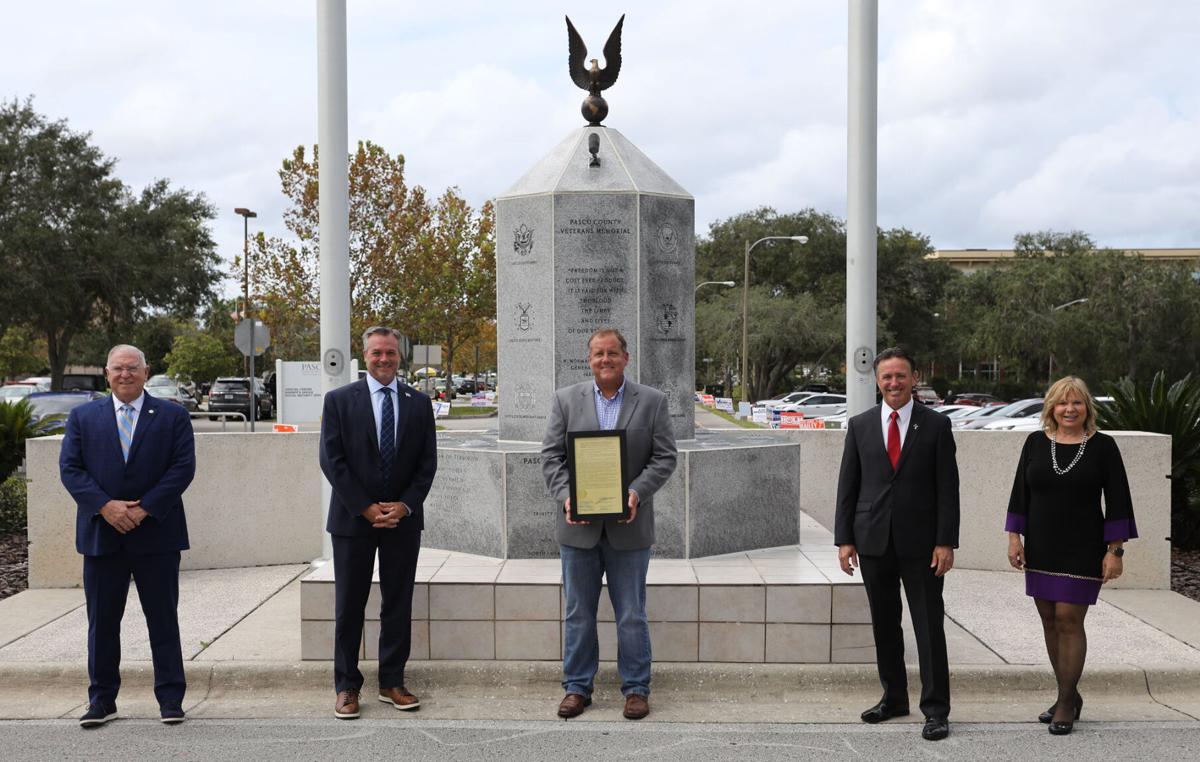 New Pasco County Property Appraiser Mike Wells, center, takes a photo with his former peers on the Pasco County Board of Commissioners. Wells chose to step down midway through his second term as a commissioner to enter the property appraiser race. 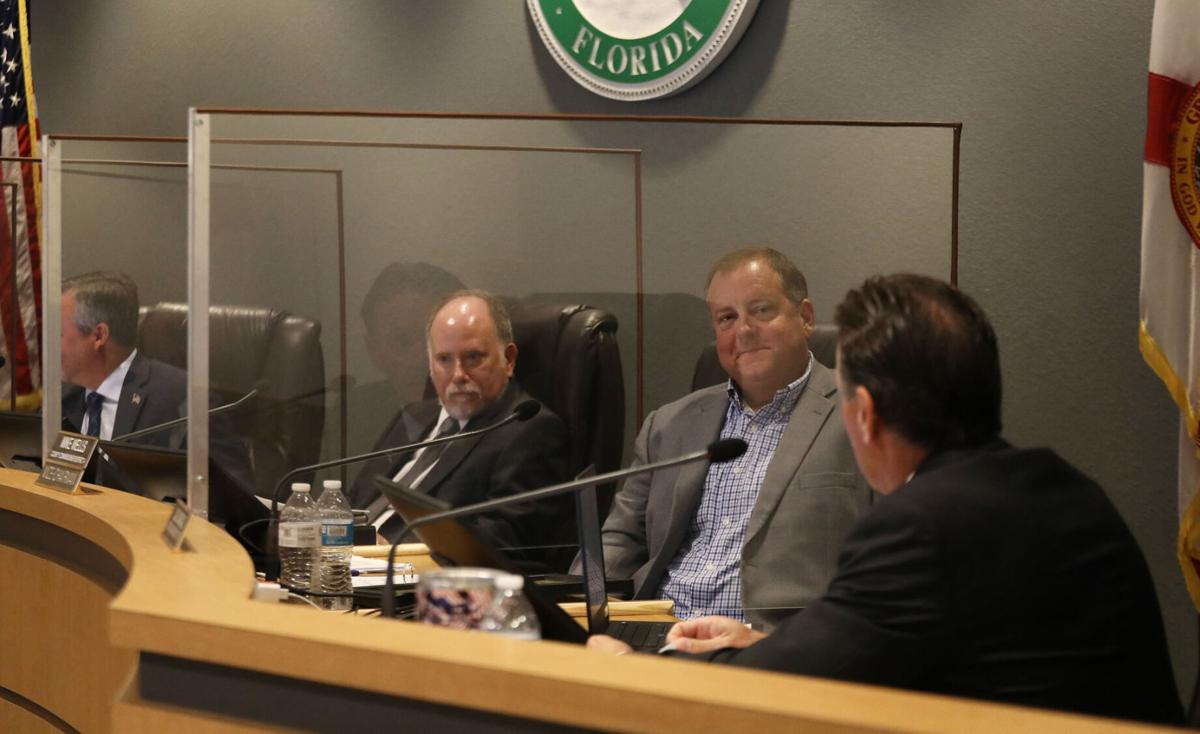 New Pasco County Property Appraiser Mike Wells, center, takes a photo with his former peers on the Pasco County Board of Commissioners. Wells chose to step down midway through his second term as a commissioner to enter the property appraiser race.

NEW PORT RICHEY — County Commissioner Mike Wells is leaving his seat on the board he’s occupied for the past four years, but his work in the area is far from complete.

Wells was in the middle of his second, four-year term as the board’s District 4 seat holder, serving central West Pasco. He chose to relinquish his seat, however, to run for Pasco County property appraiser this election cycle.

While the Nov. 3 general election was two weeks away when the County Commission met Oct. 20, Wells’ victory was already sealed. No Democratic candidate entered the race and Wells ended up unchallenged in the primary because incumbent Gary Joiner did not qualify for re-election.

The move from county commissioner to property appraiser allows Wells to follow in the footsteps of his father, Mike Wells Sr. Joiner replaced the elder Wells in 2016, when the then-incumbent chose not to run for a sixth re-election.

During that Oct. 20 commission meeting, his fellow board members and staff surprised him with a special resolution recognizing his accomplishments over the past six years, making sure to keep the item off the agenda, as well.

“You will truly be missed,” Chairman Mike Moore said from the podium before reading the special resolution.

Pointing to Wells’ “longstanding history of community service and advocacy,” Moore rattled off a long list of boards Wells sat on or is still on during his time as commissioner.

“How did you have any time to sleep?” Moore joked.

Following a standing ovation in commission chambers while being presented with the framed resolution, the four other commissioners and other administrators and staff gave their send-offs to Wells.

“I have certainly enjoyed the four years I’ve just finished being on this commission with you,” said Commissioner Ron Oakley, who had been the shortest-tenured commissioner prior to Wells’ departure. “We’ve had a great commission. I think we were all put in here at the right time to move Pasco forward and you played a big part in doing that and doing it the right way and I certainly appreciate all that.”

“You’ve been a high-impact commissioner. I think when the two Mikes came on the board, they brought a great energy of getting things done,” Commissioner Jack Mariano said, making reference to Wells and Moore, both named Mike and both elected in 2014.

“I appreciate the time you took to explain District 4, how things work, what’s going on and where your issues are and your touchpoints,” said County Administrator Dan Biles, who was hired during Wells’ tenure. “Biles added that he was speaking on behalf of the county’s 2,700 employees by thanking Wells for championing them and providing support and resources.

“I’m just honored to be part of the team,” he added. “To always fight for our team is what it’s all about and I’ll do the same as property appraiser.”

In reference to Wells’ new gig, Moore had a tongue-in-cheek reminder to the parting commissioner.

“Remember, next year we’re in charge of your budget. So be nice.”