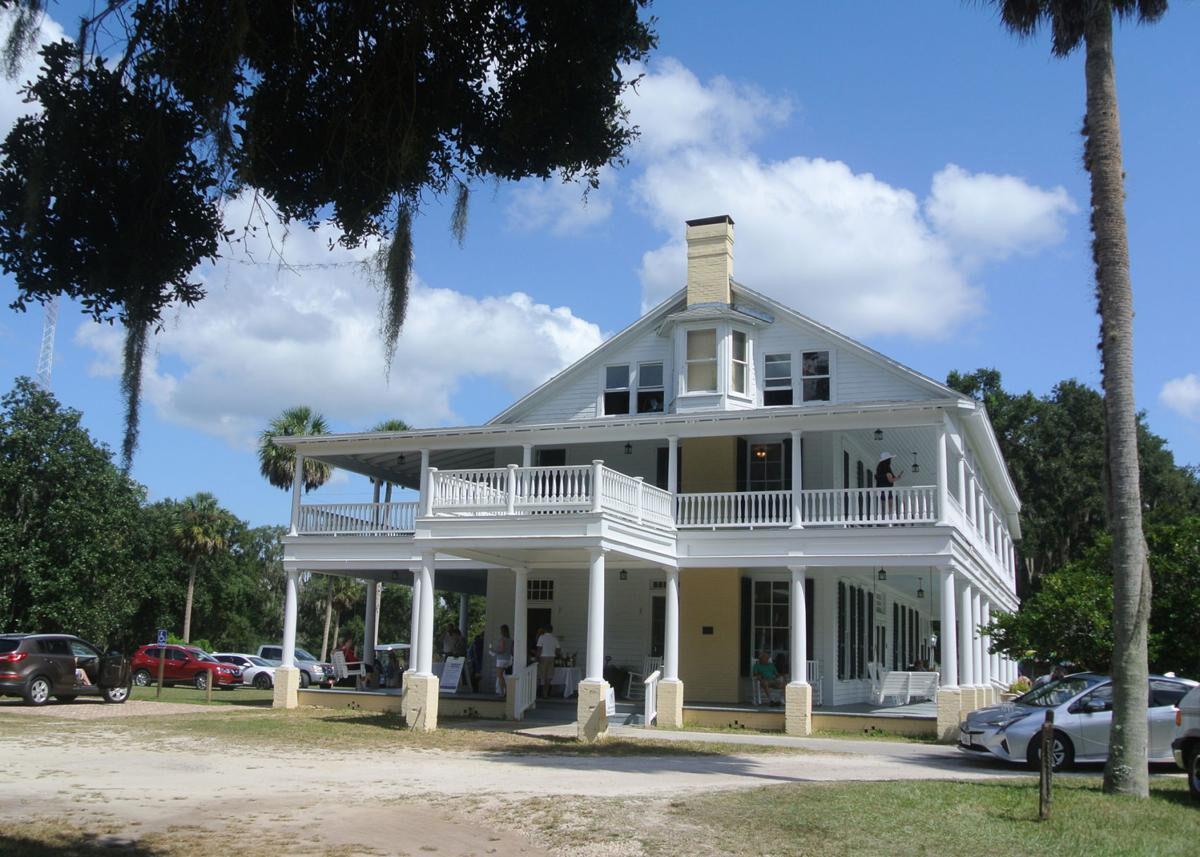 The 165-year-old Chinsegut Hill manor house is the star attraction at the resort and museum north of Brooksville. The house sits at one of the highest elevations in the state. 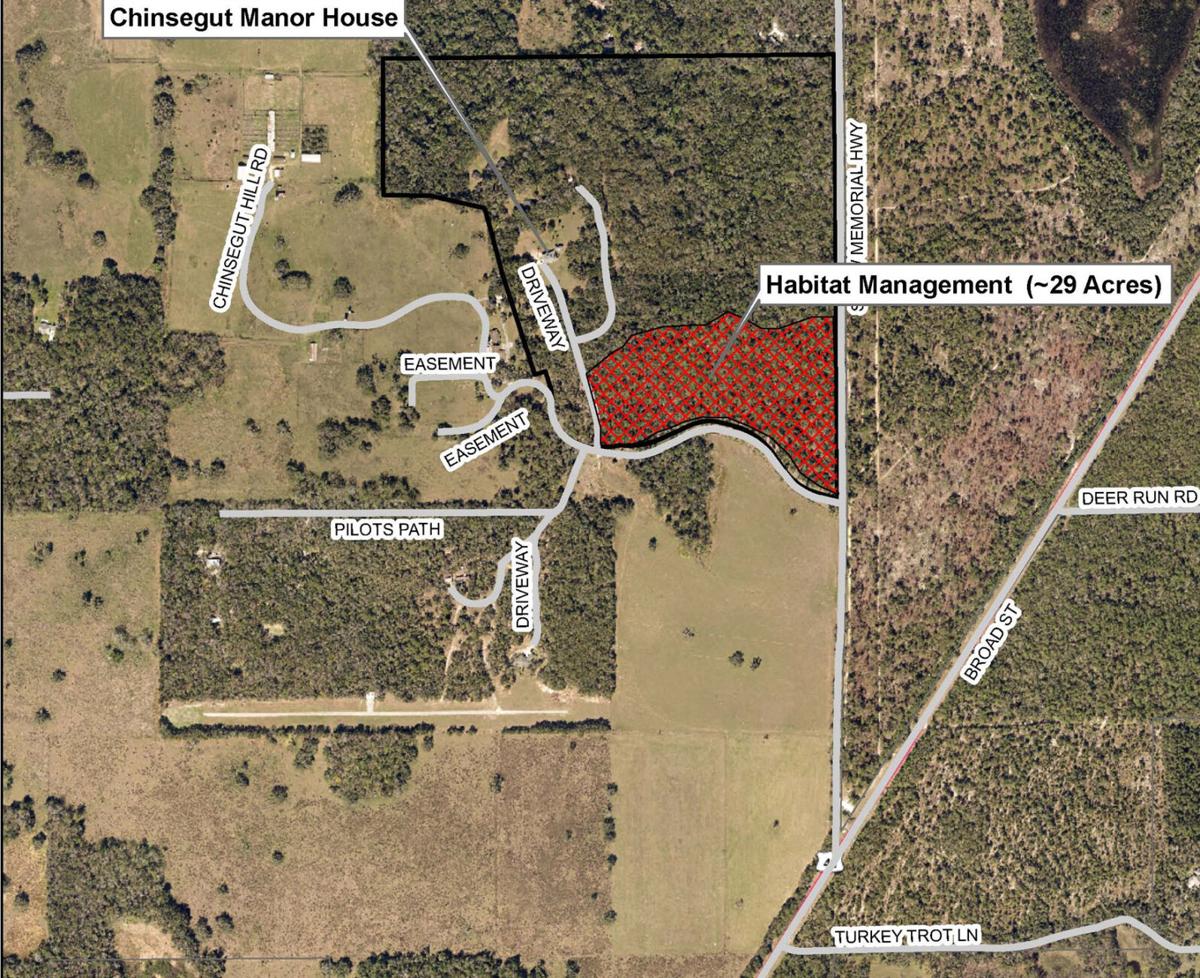 A map of Chinsegut Hill shows the 29-acre habitat management area where invasive species of trees and plants will be removed to make the land more habitable for gopher tortoises.

The 165-year-old Chinsegut Hill manor house is the star attraction at the resort and museum north of Brooksville. The house sits at one of the highest elevations in the state.

A map of Chinsegut Hill shows the 29-acre habitat management area where invasive species of trees and plants will be removed to make the land more habitable for gopher tortoises.

It seems Raymond Robins and his sister, Elizabeth, were world travelers and plant lovers. They loved so many of the exotic plants they found in their travels that they brought them home to Chinsegut Hill after buying the 114-acre antebellum plantation and huge manor home on the hill’s peak in 1905.

Today, those non-native and invasive plants are choking out native Florida plants and making it tough for gopher tortoises to dig burrows on the grounds. Hernando County started work last week to turn the mostly woody species into mulch. The $15,000 project funded by a state grant will wrap up March 14.

Michael Singer, the conservation land specialist with the county planning department, said the invasive species to be munched by a forestry service machine designed for clearing land include bamboo and camphor trees, both of which the Robins family liked enough to plant on the grounds all those years ago. Over the years, those and other invasive “mid-story” and ground plants have displaced desirable Florida plants, grasses and forbs and other herbaceous species.

A recent assessment showed that the growth made things so hard for gopher tortoises that the native reptiles, which are classified as a threatened species, had only managed a couple of burrows on the land to be cleared. Once the land is returned to its natural state, Singer expects tortoises to return. In addition to the “mechanical” work on a 29-acre section of the estate, the county will remove woody invaders from about 2 acres of land by hand, as there are more tortoises living on the smaller parcel. Use of the deforesting machine would disturb them, he said.

Singer explained that if untouched by humans, the Chinsegut Hill land would be considered upland pine, meaning it is dry and there would be very little growth on the ground beneath towering pine trees. Those conditions are what gopher tortoises need, he said.

The current work is part of the county’s Environmentally Sensitive Lands Program dating to 2015. A survey of Chinsegut Hill under the program last year identified the problem at the site, which is just north of Brooksville and is one of the highest elevations in the state. Preserving gopher tortoise habitat has been a state priority for years and the county’s grant came from the Florida Fish and Wildlife Conservation Commission.

Hernando County holds a 50-year lease on Chinsegut Hill from the state. Last year, the Tampa Bay History Center and Mid Florida Community Services partnered with the county to take over managing the manor home and its grounds, resort facilities including rental cabins, and the museum. Public events are held regularly at Chinsegut Hill, which also is open to tours. It is rented out for conferences and retreats, as well.

The land-clearing work will be done just in time for the next big event at the Hill, a spring break program March 15-19 titled Eyewitness to Chinsegut Hill History: Elizabeth Carr Washington.

Washington was an enslaved child from South Carolina and came to work for three different owners of Chinsegut Hill after the Civil War until after the turn of the century. Tickets and more information are online at www.tampabayhistorycenter.org/chinsegut.