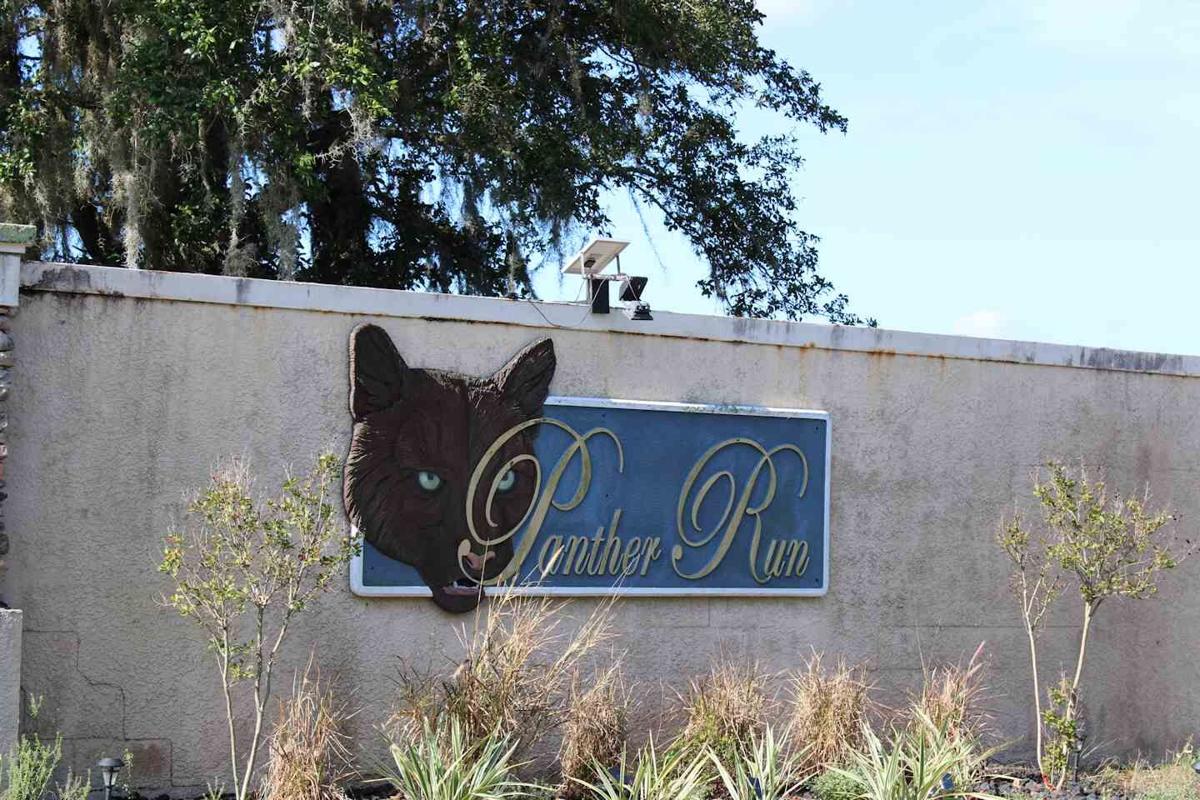 Panther Run is a community to the north and west of the proposed site of a new 103-home development for disabled veterans, families of military personnel killed in action and families of first responders killed during the Sept. 11, 2001, terrorist attacks. 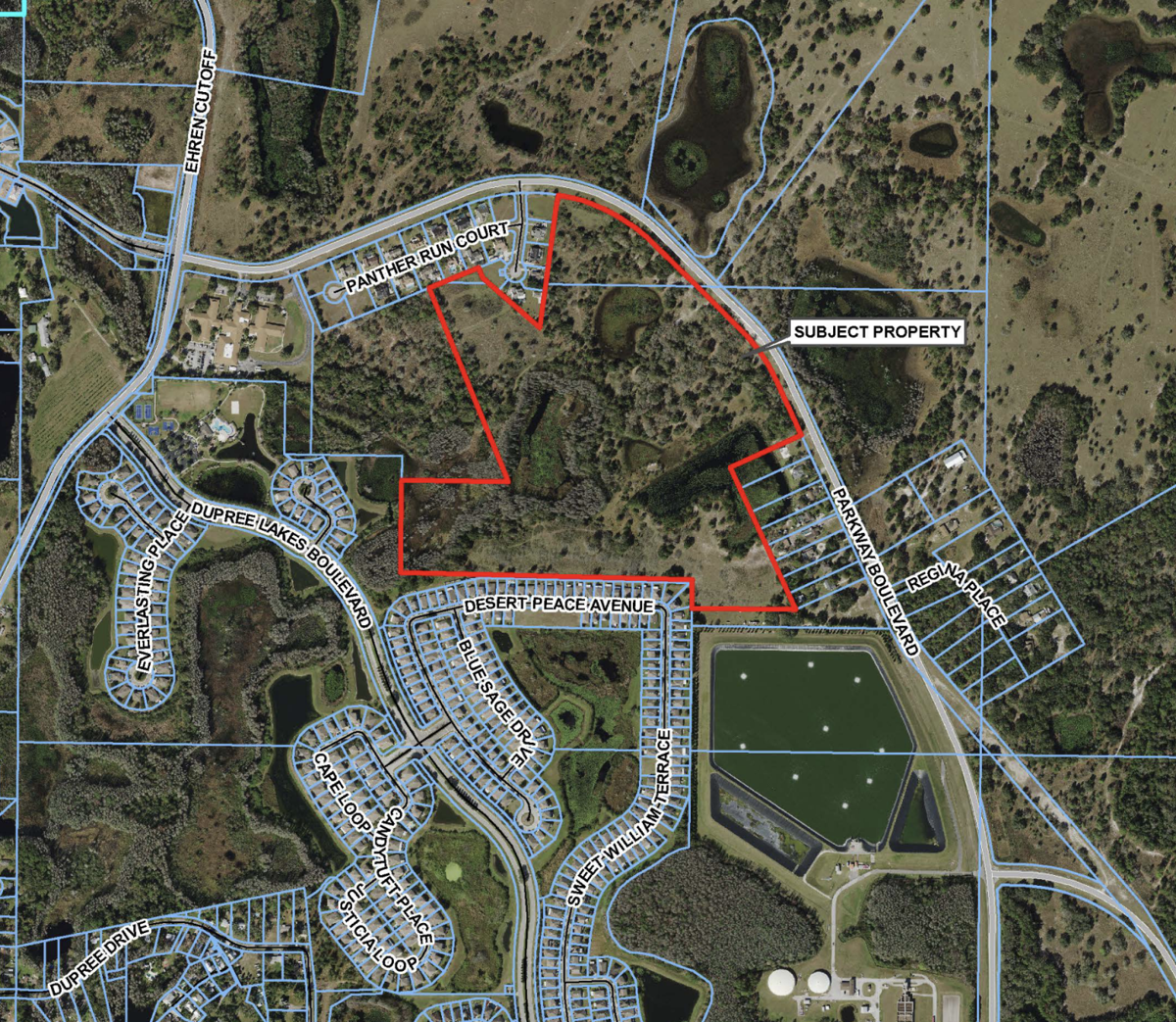 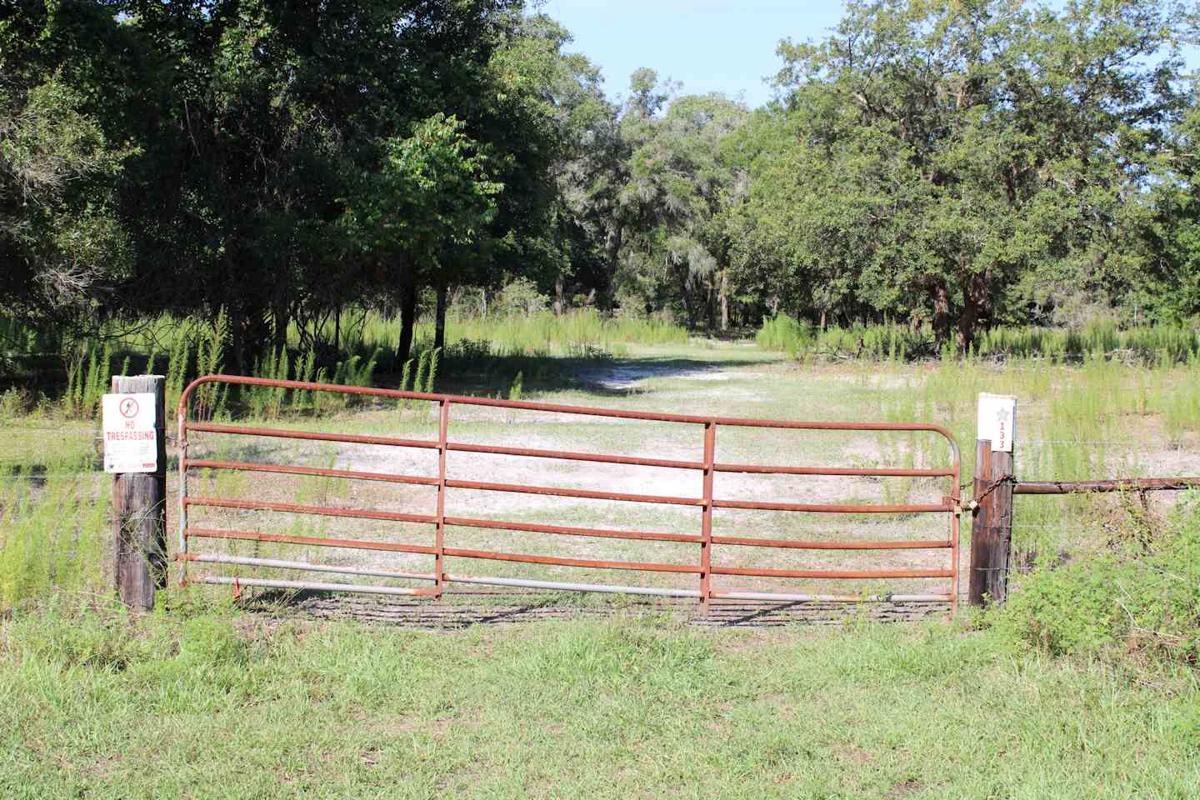 A gate marks an entrance to the wooded land where the new subdivision for first responders and their families will be built in Land O’ Lakes.

Panther Run is a community to the north and west of the proposed site of a new 103-home development for disabled veterans, families of military personnel killed in action and families of first responders killed during the Sept. 11, 2001, terrorist attacks.

A gate marks an entrance to the wooded land where the new subdivision for first responders and their families will be built in Land O’ Lakes.

DADE CITY — Matthew Mahoney left the Pasco County Commission meeting on June 8 with a big smile on his face.

The New Yorker is the executive vice president of the Steven Siller Tunnel to Towers Foundation, and the commissioners had voted unanimously to approve a zoning change that will let the organization build what he calls the “Let Us Do Good” village of 103 homes on 74 acres in Land O’Lakes.

“I’m very happy,” he said. “We’re going to build the first-of-its-kind community in the nation anywhere that serves these families. These are people that as a family unit have given their all for their city, state and country.”

The location is south of Parkway Drive and east of Ehren Cutoff in District 2.

The Pasco Planning Commission recommended denial of Mahoney’s request based on input from nearby residents of Panther Run and concerns that the developer could sell homes to anyone, and not the promised residents: the families of first responders killed on duty during the Sept. 11, 2001, terrorist attacks; families of military personnel killed in action in the wars that have followed; and disabled veterans and their families.

The foundation is named for a New York City firefighter who died in the 9/11 attacks. It has built homes across the country for veterans, who receive them for free, and has paid off the mortgages of the families of fallen first responders.

The group picked Pasco County as the location of a community for its three programs: the Gold Star Family Home Program, the Smart Home Program and the Fallen First Responder Home Program.

“Although the Foundation has built homes on individual lots for these programs, this rezoning site is the first community that the Foundation plans to build,” the organization stated in the agenda packet.

In an effort to gain approval, the foundation offered three deed restrictions:

• A requirement to install a 6-foot fence along the project's southern boundary adjacent to the lots in Dupree Lakes Subdivision.

• Requirement of a minimum of six lots at 100 feet in width with one-story homes.

Mahoney remembers well the events of 9/11. He was an aide to then-New York City Mayor Rudolph Giuliani, and believes the nation owes a debt of gratitude to the first responders, the troops and their families who have paid a price to keep the nation safe.

Panther Run resident Trinna Van Nostrand came to the meeting to speak against the project.

“I just can’t see where any other developers are able to get high density for building homes,” she said. “I appreciate what they’re doing, but I still think that it should stick with the rural area of medium density.”

“We really wanted some kind of deed restriction so they can’t just turn around and sell it to a developer, so it stays as what it’s meant to be,” said Van Nostrand, who appeared resigned to the fact that the new community will be built, but added that she didn’t trust any developers’ promises about the future use of the land.

Other Panther Run residents came out in support, and Mahoney assured them that his goal was to build a neighborhood that would fit in with their community.

There will be a groundbreaking soon, Mahoney said.

The development will be in Commissioner Mike Moore’s District 2, and he said he was happy to see it approved.

“They do some amazing things,” he said. “We’re very thankful that they decided to choose us.”

Moore said he’s impressed with the way the homes are designed around the needs of the injured first responders and veterans in mind, including the heights of showers and cabinets.

District 3 Commissioner Kathryn Starkey, whose daughter and son-in-law attended the Air Force Academy and currently are serving in the Air Force, also was happy with the outcome.

“I’m very, very thankful that the foundation chose our county to do their good deed in, and that they’re working with the neighbors to accommodate some of their concerns,” she said.