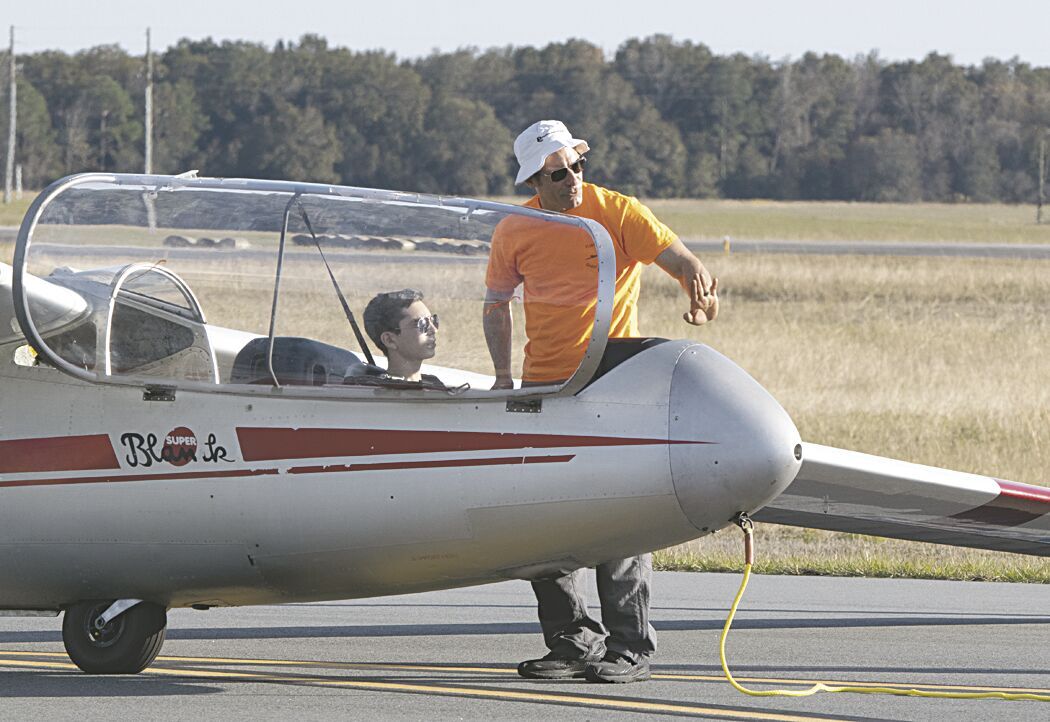 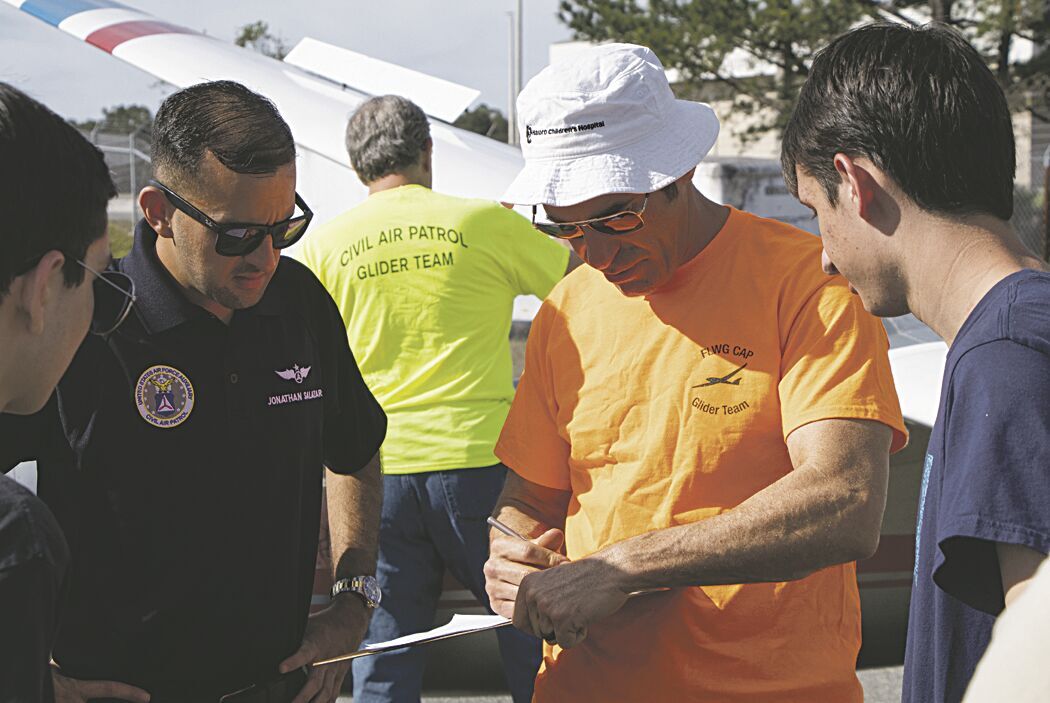 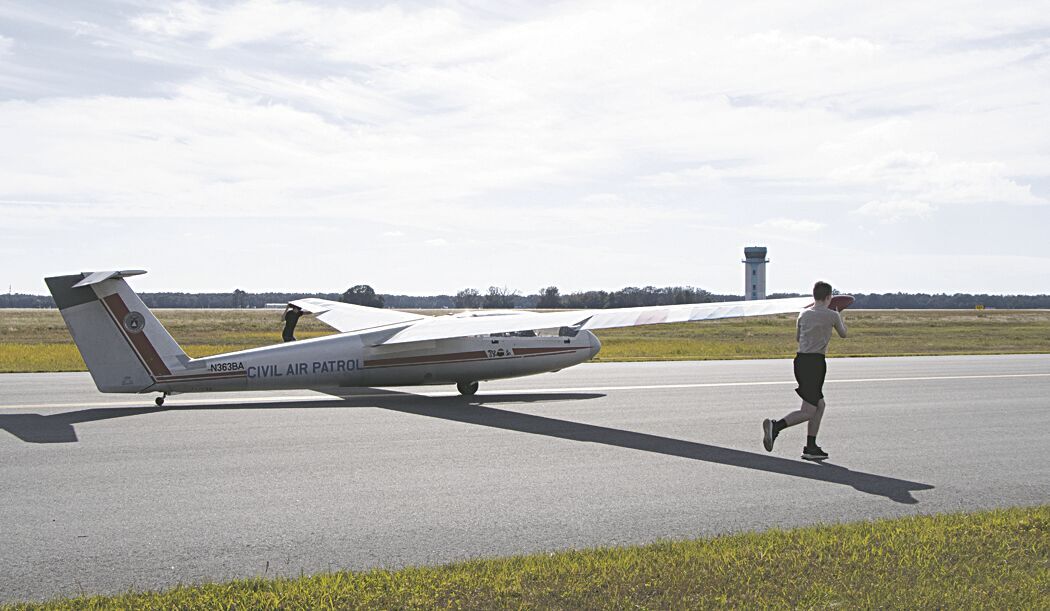 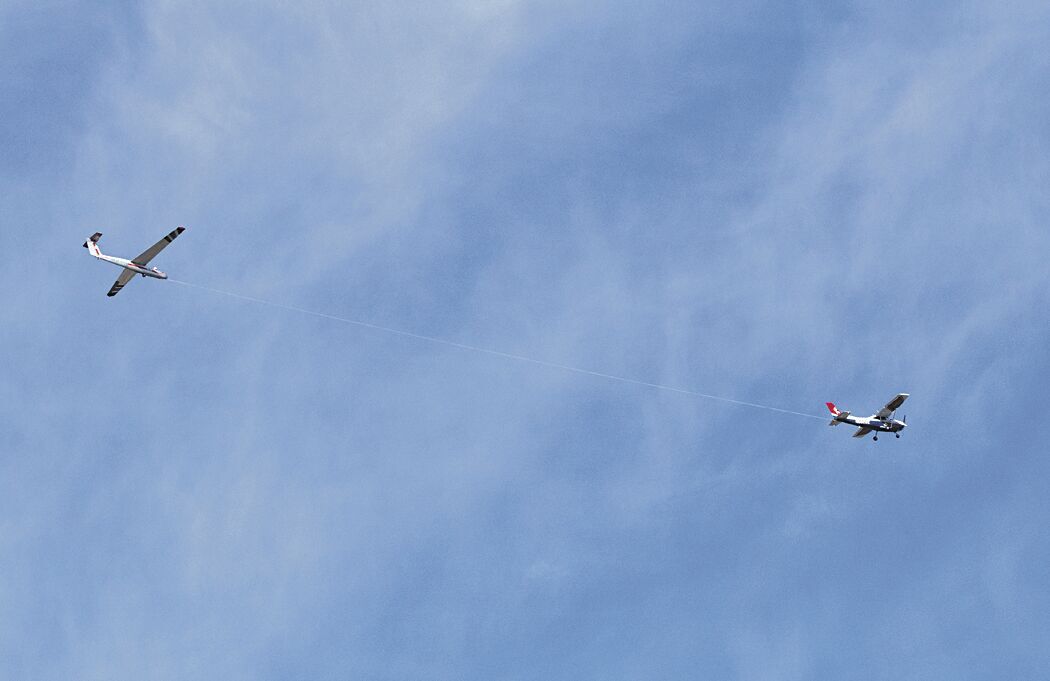 The Civil Air Patrol Cessna 182R tows the glider to 3,500 feet, where it is released for the flight back to the ground. 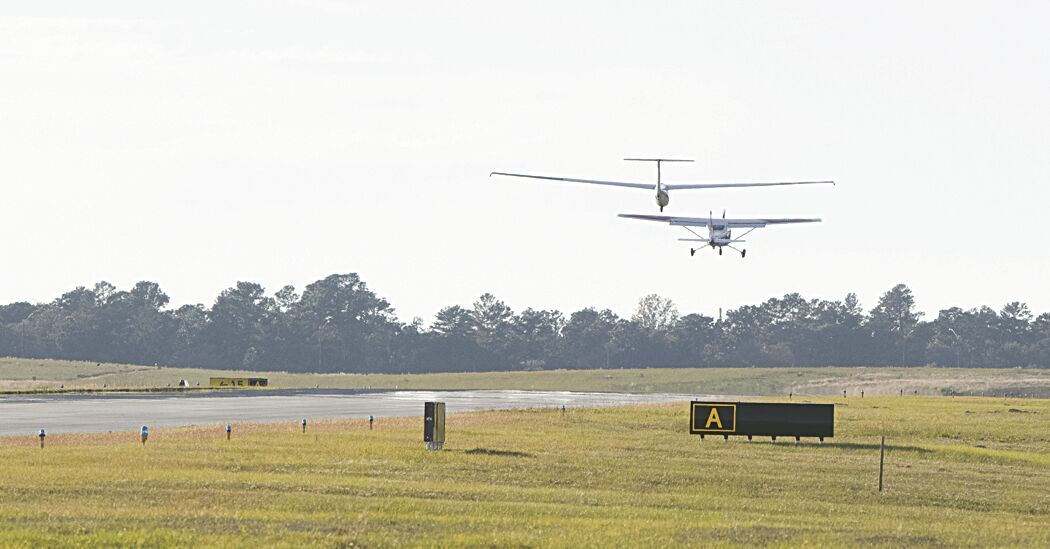 The glider is towed into the sky for the final orientation flight of the day at Brooksville-Tampa Bay Regional Airport. 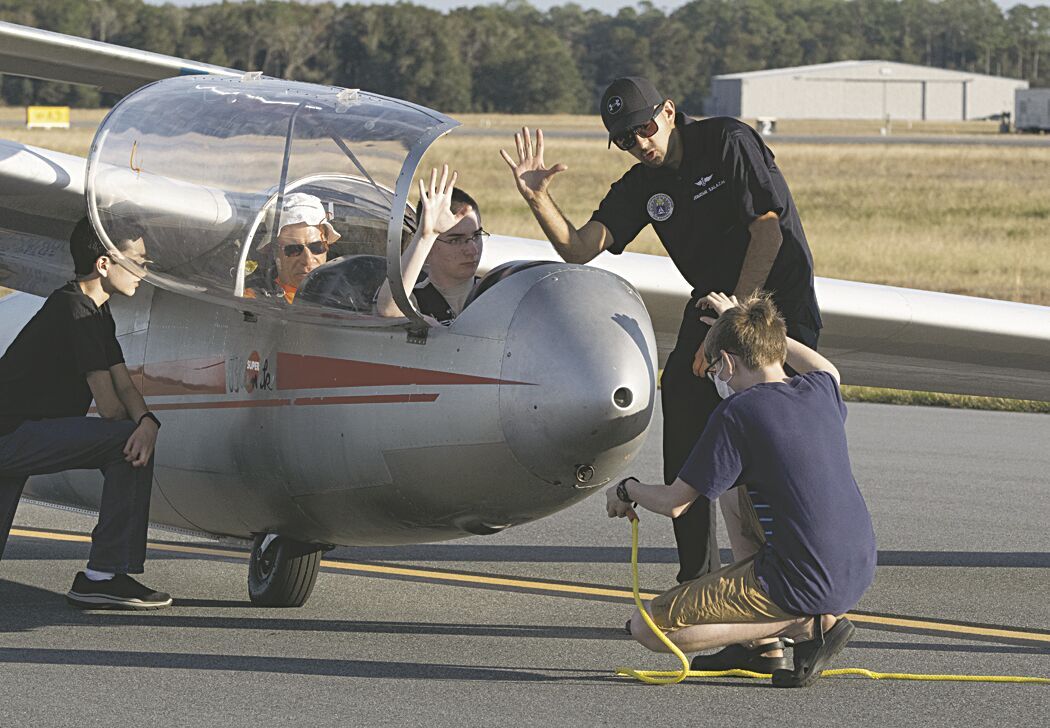 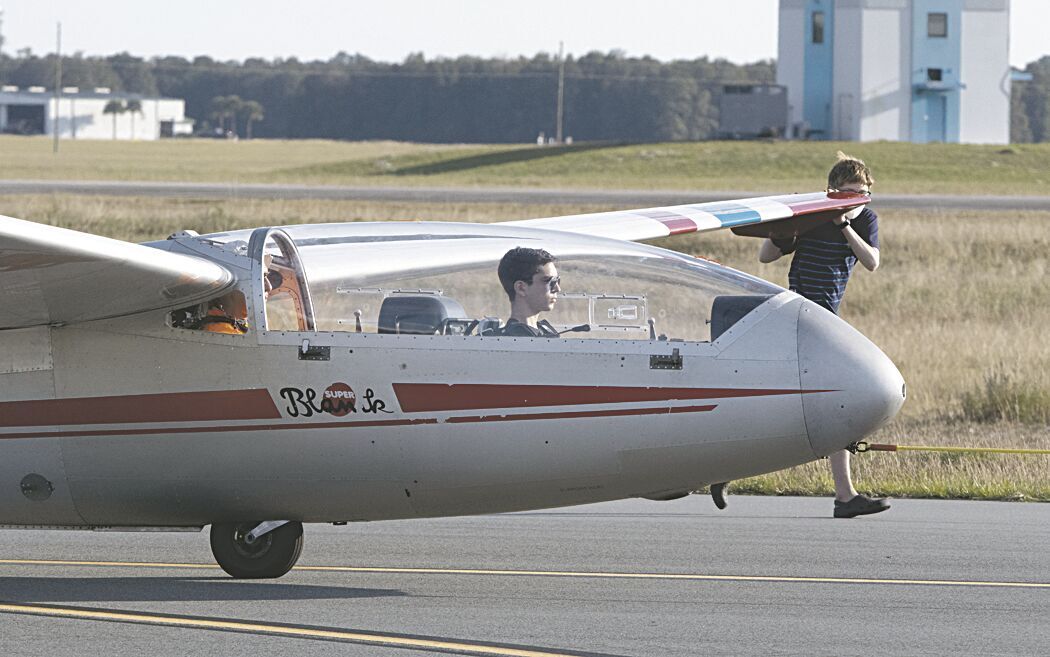 The Civil Air Patrol Cessna 182R tows the glider to 3,500 feet, where it is released for the flight back to the ground.

The glider is towed into the sky for the final orientation flight of the day at Brooksville-Tampa Bay Regional Airport.

BROOKSVILLE — Some cadets in the Civil Air Patrol got some valuable “stick time” on Dec. 4 at the Brooksville-Tampa Bay Regional Airport.

According to a press release from the Hernando County Composite Squadron of the Civil Air Patrol, pilots completed scheduled training and check rides.

In addition, squadron cadets completed the practical portion of the wing runner course, learned how to assemble a glider and conducted the majority of the ground operations for the flights.

While the cadets are supervised by experienced senior members, cadets are trained to the same standards as the adult members and are expected to operate as a professional team. All cadets performed exceptionally well, the release said.

Richard L. Johnson, public affairs officer for the Hernando County Squadron, said in an email that the unit plans to run glider operations once or twice a month starting in January,

“The Brooksville-Tampa Bay Regional Airport is a great partner for these,” he said. “We get complete access to a taxiway for all takeoffs and landings and they work us around all of the other flights.”

Each orientation flight included a tow to a height of 3,500 feet, with flights lasting 15 to 20 minutes each. In addition to normal flight techniques, adventurous cadets were taught tight turning, stalls and other advanced glider flight maneuvers.

All flight operations were conducted under the supervision of Capt. Gary Peterson, with Lt. Col. Laurence Fernald from the Florida Wing in overall command of the event.

The Hernando County Composite Squadron is the home base of the only Civil Air Patrol glider assigned to the Florida Wing, the press release said.

Capt. Jonathan Salazar and Senior Member Nelson Brandt helped with the flights. Salazar is the Group 3 Search and Rescue Pilot and Glider Instructor. Brandt is a Glider Check Pilot from Group 7.

Other pilots from around the Florida Wing provided glider tows and other assistance.

The Civil Air Patrol is always looking for new members with an interest in flight, Johnson wrote in the press release. Cadets can join at age 12, while adults can join at any age.

For more information about the Hernando County Composite Squadron and the Civil Air Patrol, visit fl301.cap.gov.

Editor's Note: This story has been changed to reflect the fact that the previously planned glider operations for Dec. 18 and 19 have been canceled.