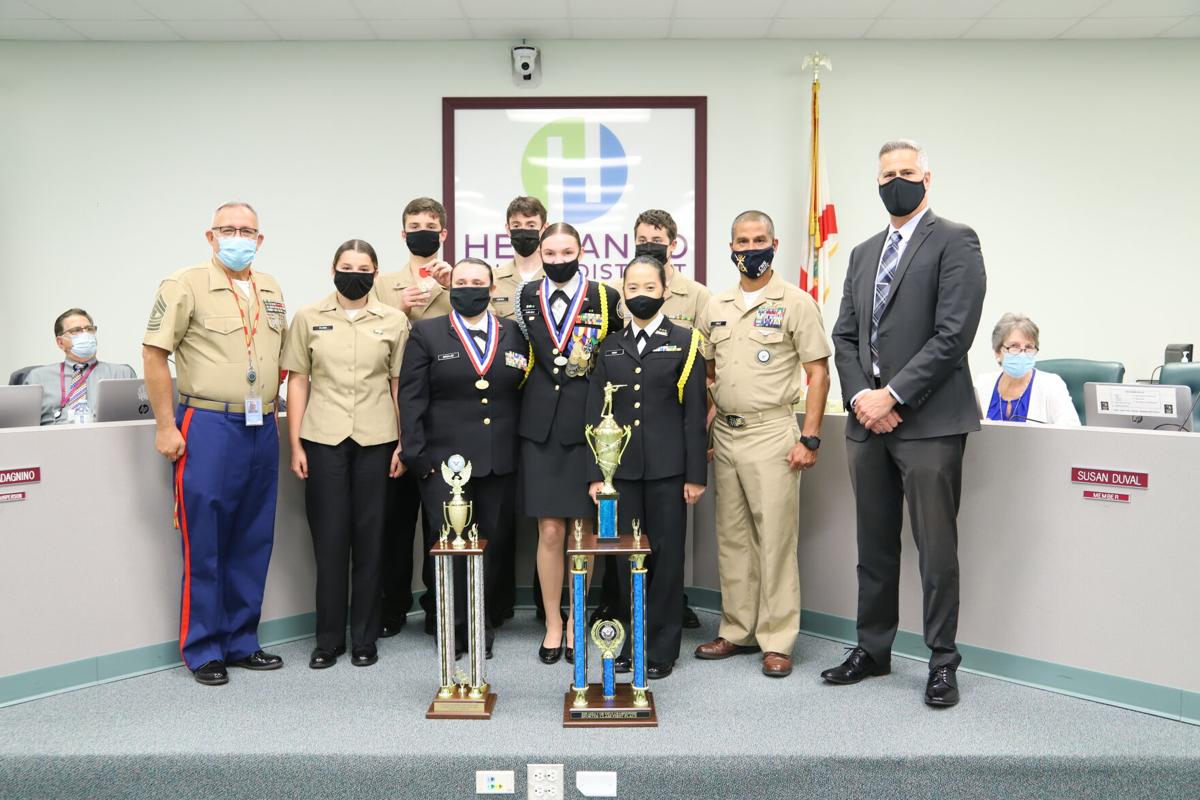 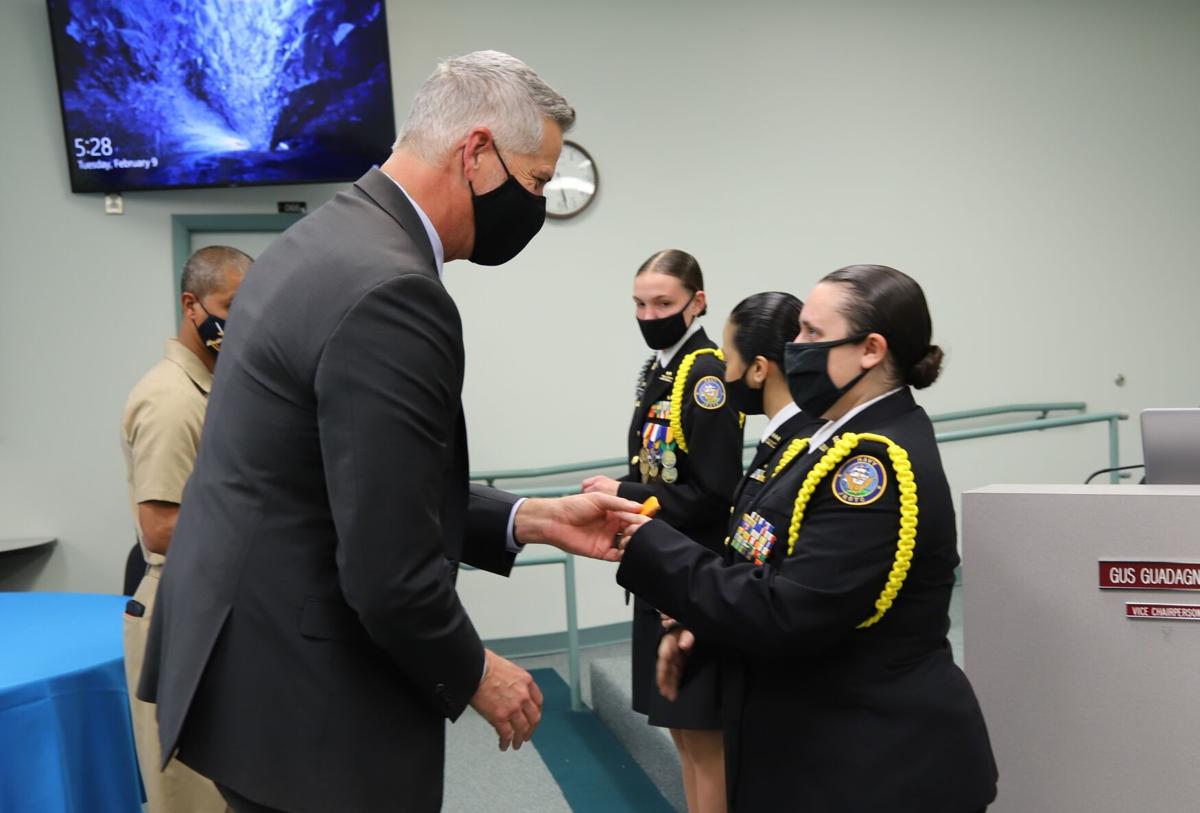 BROOKSVILLE — Central High School’s Navy JROTC Air Rifle Teams are putting Brooksville on the map as one of 10 schools in the country to be invited to nationals.

The two teams comprised of eight cadets competed in the Florida Navy JROTC Championship and the Florida Civilian Marksmanship Program Championship earlier this year, victorious not only in the top team titles, but also in the top individual athletes in each event. This is the third consecutive year Central High has won these titles.

In the Florida CMP Championship, participating teams from Navy, Army, Marines, Air Force, 4H, and other civilian groups competed in the event. Cadets Carlisle, Chilson, Bailey Birchler, and Kaleb St. Clair made up the CMP team, with Birchler in first place overall for individual athletes with 548 points out of 600.

“I went to the CMP state competition two years in a row, and being able to be the captain of it this year, I was very happy to see my team become first again and bring home the trophy,” said Carlisle, a junior at Central High School. “We work together as a team and not really as an individual shooter.”

Carlisle said she learned a lot from her first year of attending the CMP Championship, bringing values such as teamwork and leadership to her captain position this year.

“I learned how to work as a team instead of focusing on yourself, and I also learned how to take charge and teach from what I learned to the new shooters this year,” Carlisle said.

The two teams were recognized by the Hernando School Board on Feb. 9, where the cadets were presented with the team trophies and cadet medals.

“What’s cool about this sport is it’s a young girl-dominated sport. It’s not a girl sport, it’s a co-ed sport,” said Master Gunnery Sgt. Michael Arnett, Central High ROTC instructor. “Hayle, she’s about 5-foot, 3-inches, she may weigh about 115 pounds or so, but if she wanted to be on the football team, they would let her, but what’s the odds of her playing? Would she have the chance to be a quarterback or the running back, the star player? Now, I have some good male shooters but it’s the girls right now who dominate it.”

The sport requires shooters to aim at a target 33 feet away, shooting a pellet that travels 600 feet-per-second being propelled by air. The target is about the size of a half-dollar, or smaller. At the center of the target is a little white dot, the size of a period on a piece of paper. Cadets do this from three different positions: prone, kneeling, and standing.

Arnett has been the air rifle team’s coach for five years, and has seen the teams be undefeated within the last four years.

“It’s a blessing as a coach because you pour your heart and effort and mind,” Arnett said. “Right now, we’ll practice until 5 o’clock. I stop getting paid at 2:15 and we shoot you around. This is not a sport where you take six months off and come back, pick up the football, and start running with it. You lose your skill rapidly in this sport, and Hayle has never missed a practice.”

The team’s winning records show how hard work and determination makes a difference. In the Navy JROTC, there’s more than 800 schools in the ROTC program, with 80,000-plus cadets, and Central High School is one of 10 schools to be invited to shoot at the Navy Nationals.

The Navy Nationals has been changed to a virtual component this year, which means cadets will shoot their targets from their home range. In a normal year, cadets are standing shoulder-to-shoulder with their competitors as they fire at a target 33 feet away. With the format change in the competition, Arnett said he is in the middle of registering the team to participate.

“Most of what I love about it is, we’re like a really big family,” Carlisle said. “You can talk to anyone, you don’t have to know the other person, and you can have a full conversation with them. They teach us life skills after we graduate and everyone’s there for each other.”

Carlisle said she has requested to be a team captain for the next school year, and had to submit an essay for the position.