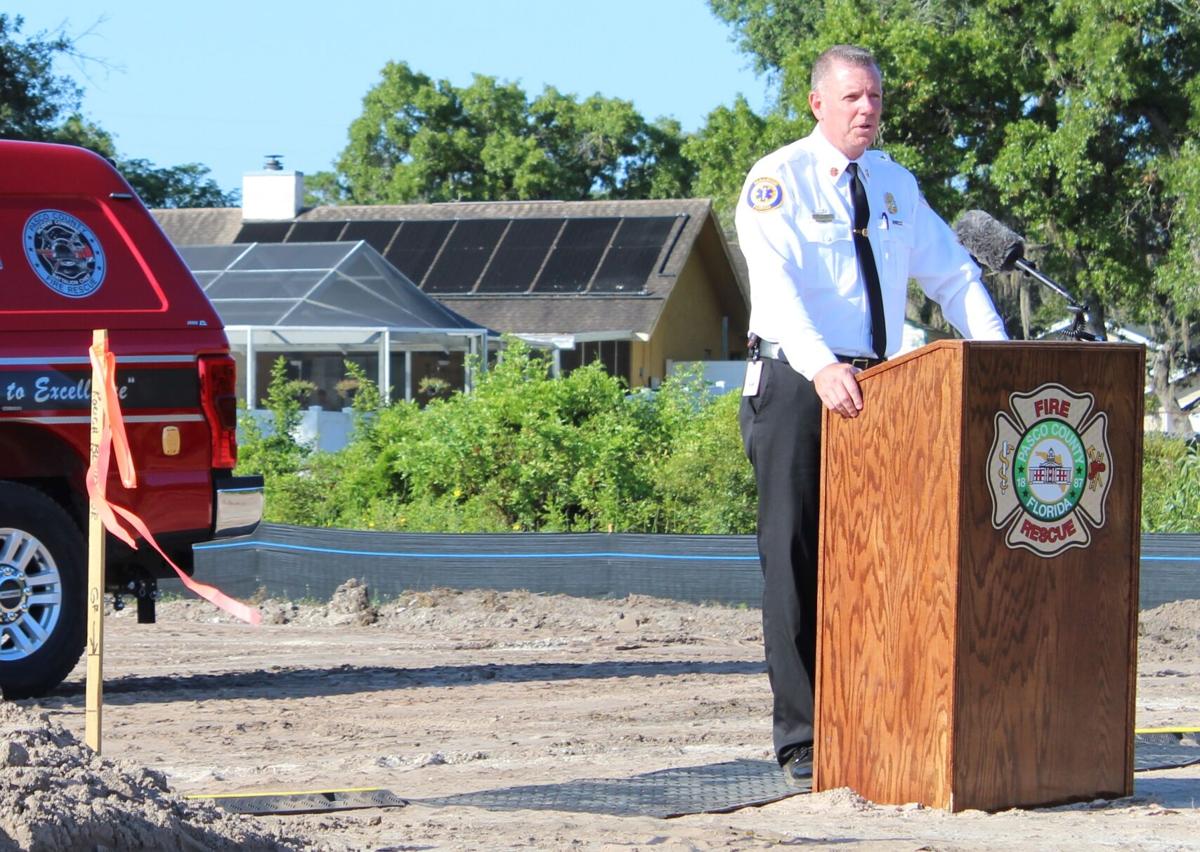 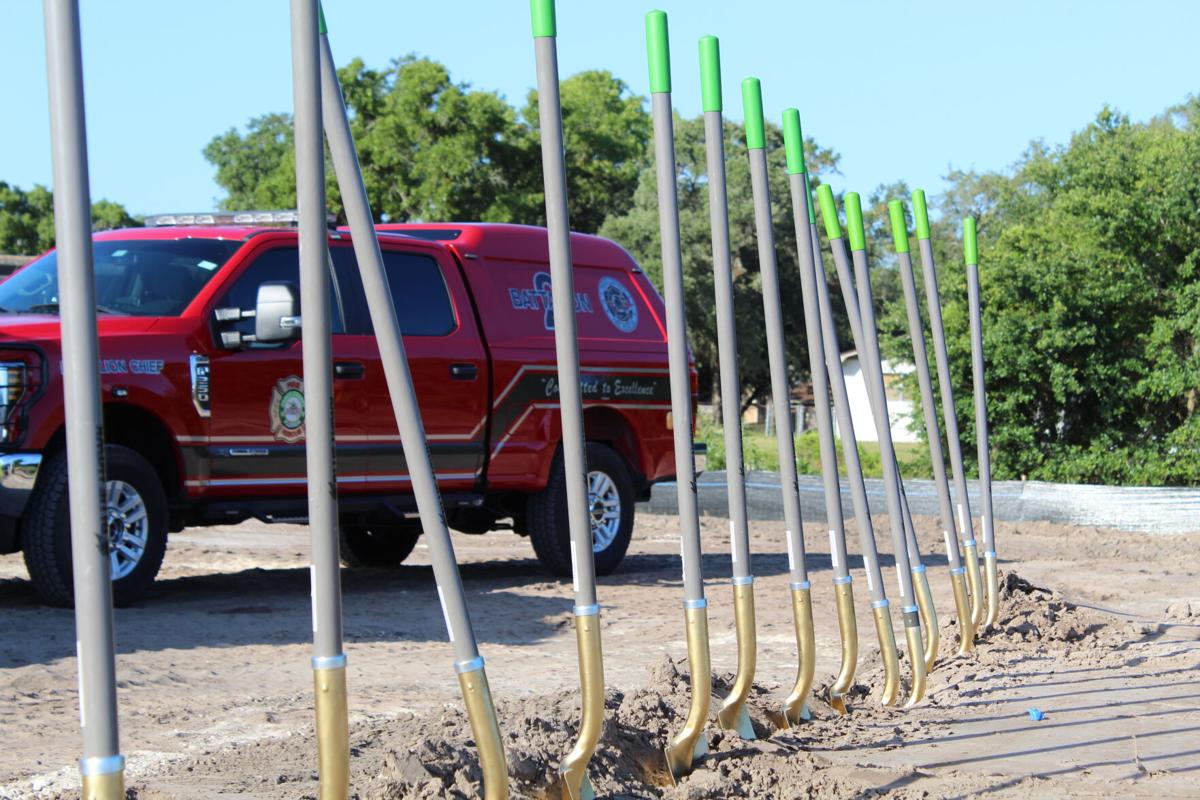 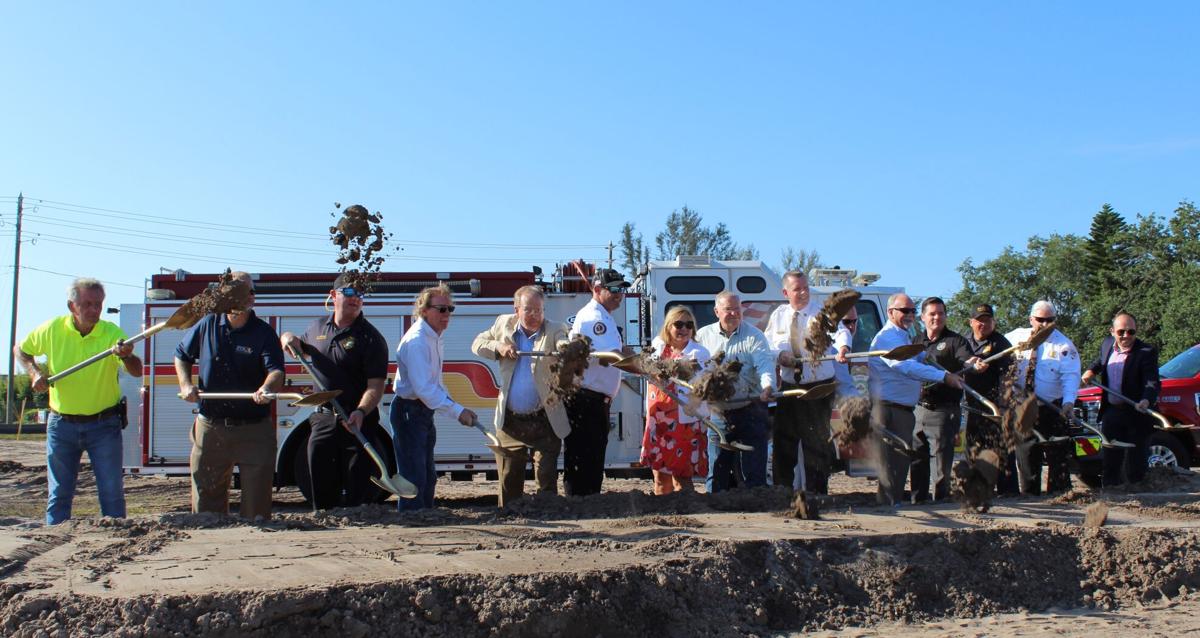 County commissioners, state lawmakers, and Pasco Fire officials were among those tossing a little dirt during the groundbreaking for Pasco Fire Station Rescue Station No. 17.

County commissioners, state lawmakers, and Pasco Fire officials were among those tossing a little dirt during the groundbreaking for Pasco Fire Station Rescue Station No. 17.

Maybe the number of future Pasco County Fire Rescue bases isn’t quite comparable to Oprah car-giveaway levels, but the department did just complete its second groundbreaking in less than two months.

According to a press release, both new stations will be paid for by general-obligation bonds approved by Pasco voters in 2018.

At 18,504 square feet, the New Port Richey station will be about 2,500 square feet larger than the new Land O’ Lakes location, as well as Pasco Fire’s first-ever two-story station.

Both new stations are being equipped with state-of-the-art features and equipment that highlights firefighter health, safety and wellness, the press release states. Both are four-bay stations that will have hot-, warm- and cold-zone design features aimed at reducing firefighter cancer rates. The zones allow firefighters to clean carcinogens off their bodies before entering the living quarters of the station. Pasco Fire reports that these design features are the first of their kind in the Tampa Bay area.

New Port Richey’s Fire Station 17, located on Seven Springs Boulevard south of State Road 54 and between Mitchell Ranch Road and Perrine Ranch Road, will have a first-response zone of 12.6 square miles and serve more than 30,000 residents in the Seven Springs neighborhood.