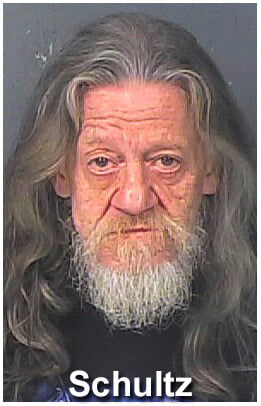 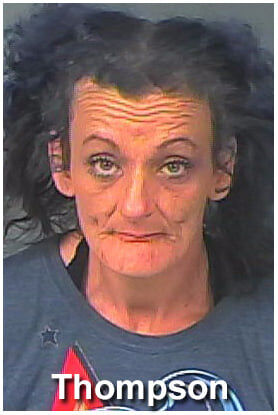 Two people were arrested on Thursday after a deputy stopped a vehicle for speeding and used a K-9 to conduct a drug search, the Sheriff’s Office said in a press release.

According to the report, the driver, Stanley Schultz, 70, was driving 49 mph in a 35-mph zone when a deputy pulled the vehicle over on Shoal Line Boulevard near Richard Drive in Weeki Wachee.

The deputy asked Schultz for permission to search the vehicle and Schultz denied the deputy's request. The deputy told Schultz and his passenger, Deanna Thompson, 42, that he was going to conduct a drug sniff of the vehicle with K-9 Meck, who alerted to the presence of narcotics.

On the passenger's side of the vehicle, deputies located an eyeglass-style pouch that contained two plastic baggies, a straw and a smoking pipe that all tested positive for methamphetamine. Thompson said that only the smoking pipe belonged to her.

On the driver's side of the vehicle deputies located a gray bag that contained two crystal-like chunks that tested positive for methamphetamine. Deputies also located a smoking pipe and a handgun in the bag.

Schultz admitted to ownership of all of the items in the gray bag, and also told deputies he is a convicted felon.

Another clear baggie was located in the chest pocket of a jacket Thompson was wearing. The substance tested positive for methamphetamine. Schultz claimed ownership of the jacket and the drugs found in the jacket.

An additional investigation revealed that the suspect's vehicle was not registered and had a tag attached that was not assigned to it. In addition, Schultz's driver's license was suspended in 2017 and had not been reinstated.

Both Schultz and Thompson were transported to the Hernando County Detention Center.

Thompson was charged with possession of drug paraphernalia.