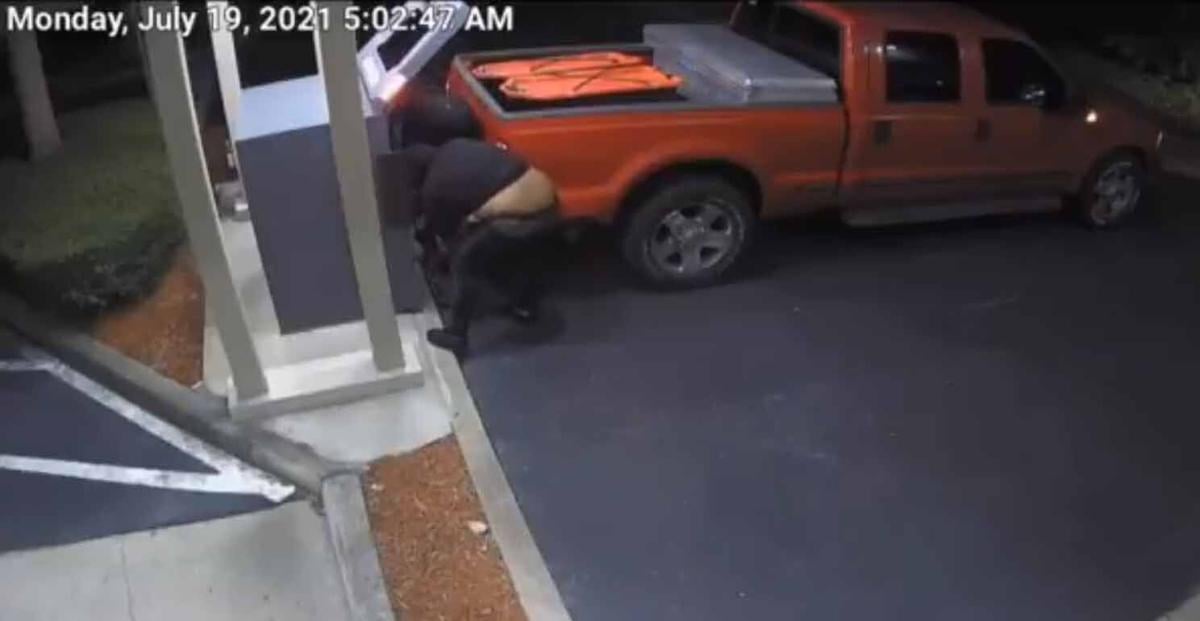 According to a press release, the incident occurred shortly after 5 a.m. outside Cadence Bank, 2440 Sunset Point Road. The report states that three suspects attached a chain to a stolen pickup truck to yank open the ATM. The suspects took the cash drawers, abandoned the truck and left the scene in an unknown getaway vehicle.

The Clearwater Police Department posted surveillance video and images to its social media accounts on Facebook and Twitter.

One of the suspects wore a hooded sweatshirt with "Billionaire Boys Club" written across the front.

Anyone with information on the case are asked to call Clearwater Police at 727-562-4242.