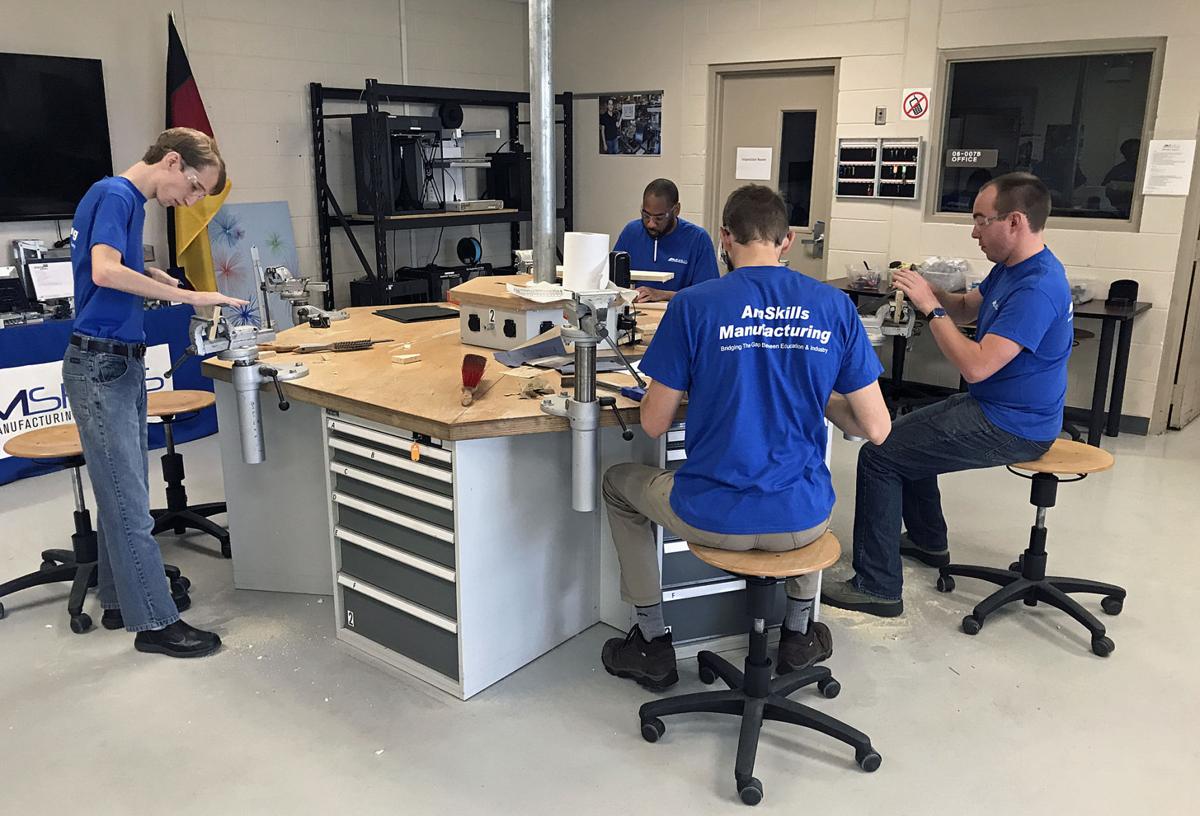 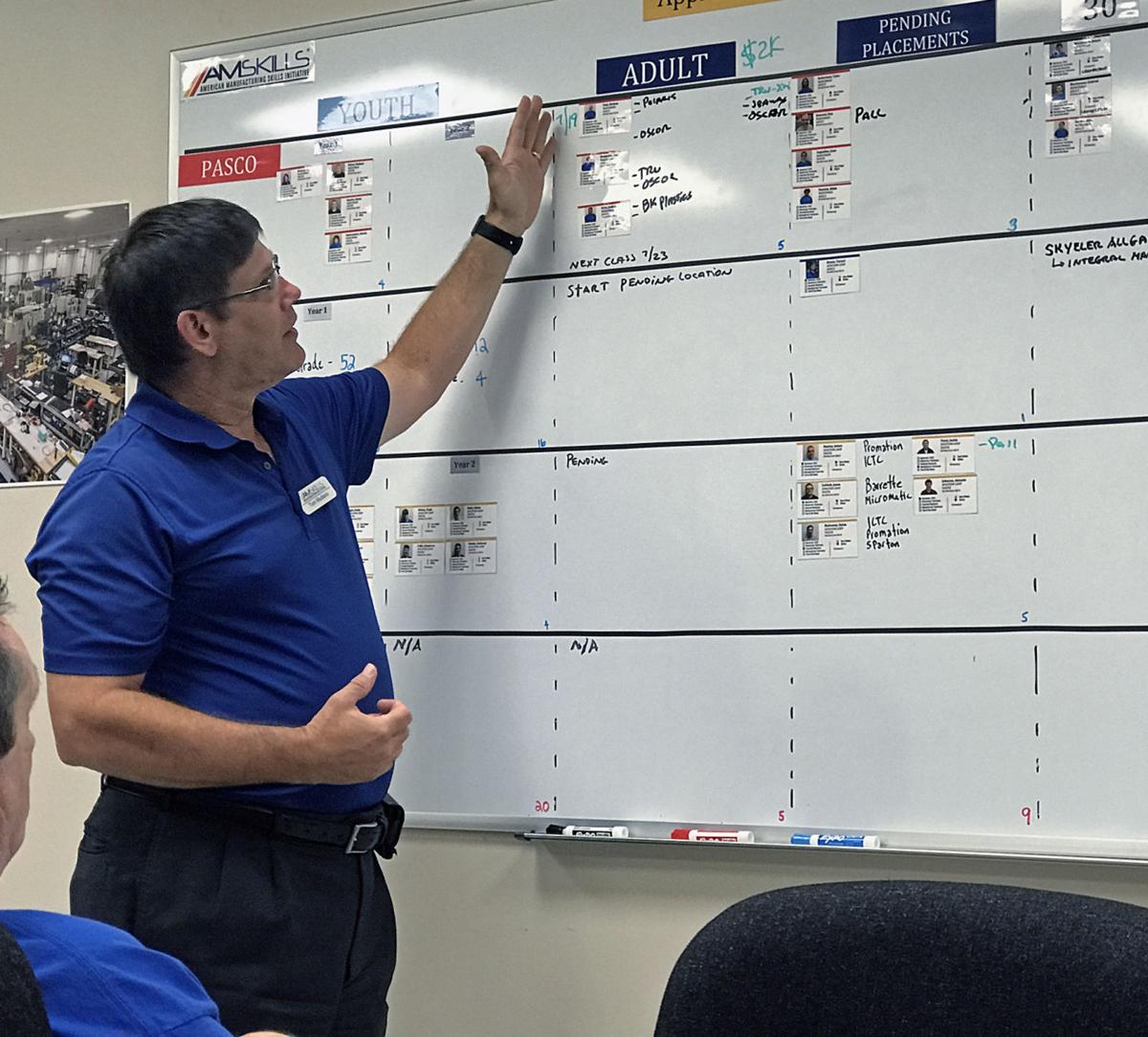 Tom Mudano, executive director of AmSkills in Pasco, Pinellas and Hernando counties, shows a tracking board to chart progress of trainees for skilled and semi-skilled jobs. 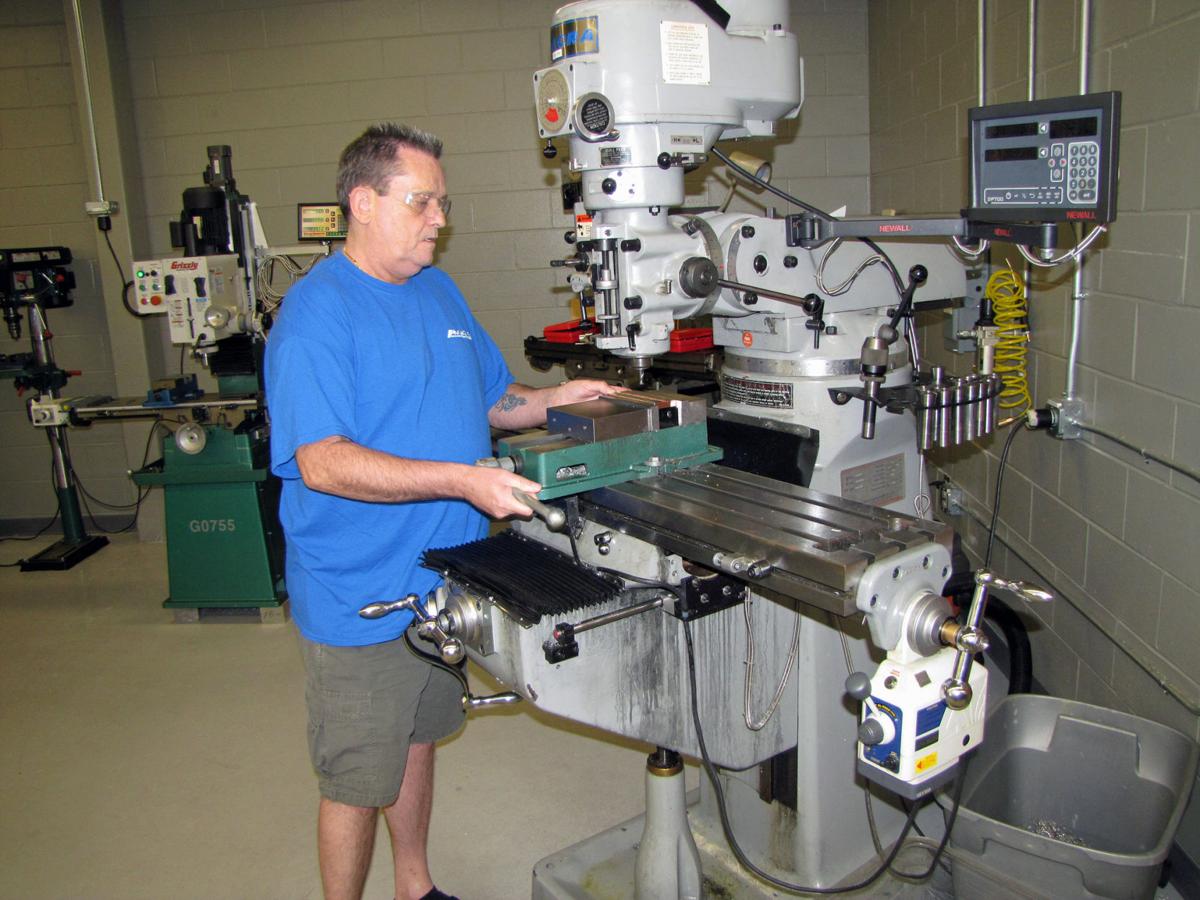 Paul Broderick, an adult trainee at AmSkills, lines up equipment as he pursues a career in machining where he can work with his hands. 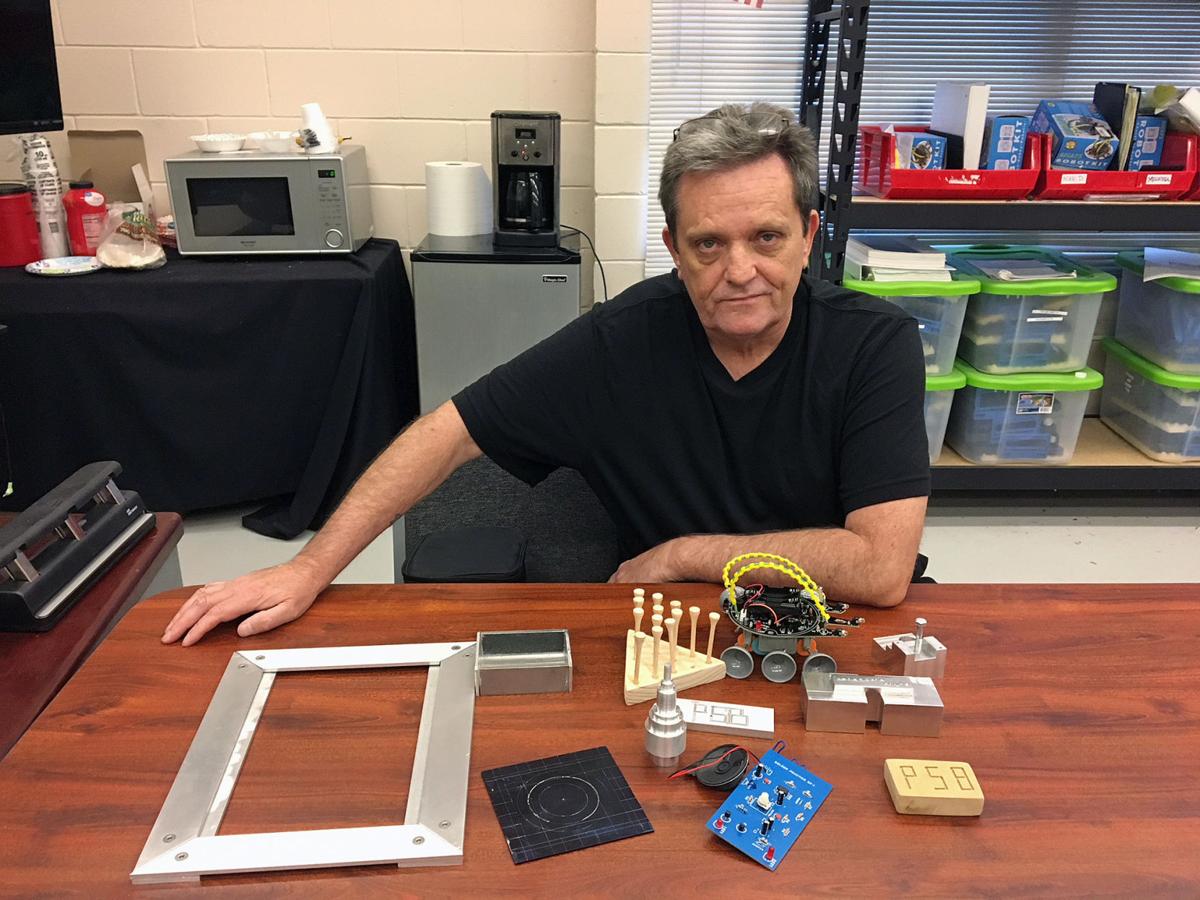 Paul Broderick, shows several projects he completed during the pre-apprenticeship training at AmSkills.

Tom Mudano, executive director of AmSkills in Pasco, Pinellas and Hernando counties, shows a tracking board to chart progress of trainees for skilled and semi-skilled jobs.

Paul Broderick, an adult trainee at AmSkills, lines up equipment as he pursues a career in machining where he can work with his hands.

Paul Broderick, shows several projects he completed during the pre-apprenticeship training at AmSkills.

Tom Mudano, is executive director of the local program of the American Manufacturing Skills Initiative. The AmSkills program is based at Marchman Technical College.

People who enjoy working with their hands and building things might be ideal candidates. Residents unsure about their career path but want a well-paying job and career without amassing huge college debt should explore AmSkills, Mudano suggests.

Pre-apprenticeship program is about 80 percent hands-on skills training, tours of local manufacturers, preparation for job interviews and coaching, and placements in paid semi-skilled or skill apprenticeships.

After introductory programs, candidates go through 90 days of a “manufacturing career launch phase” by working at a manufacturer deemed to be the best fit for an Am Skills trainee.

Each candidate gets an AmSkills coach and a manufacturer’s mentor to help them stay on track.

President Donald Trump has created a pledge to increase the workforce. Mudano was invited to a Trump business roundtable during his July 31 visit to Tampa.

“We’ve made a lot of progress so far,” Mudano said during a July 31 interview. Pasco Commissioner Kathryn Starkey has sought to boost the program here.

More than 100 students are enrolled in a manufacturing academy in Pinellas, Mudano said, and he hopes to launch a similar Pasco academy by next school year.

Many high-schoolers often go into service jobs, so AmSkills can broaden their options. Adults also can check into a three-month version of the program.

One trainee had to rely on a bicycle to get to work. He got help saving money to get a motorcycle and then a truck, Mudano said.

“We become a vetting process for the manufacturers,” Mudano said. “We run it as if they’re coming to work. They clock in and clock out. If they’re not showing up here, we are not helping them get a job.”

A counselor, Paul Broderick, wanted to change careers and find a job where he used his hands. “I almost wish I had done this instead of going to college, to be honest with you,” he said, adding AmSkills is a “a great place” because he likes working with drill presses and other manual machining.

A tracking board helps trace progress of youth and adult AmSkills trainees in each county and company, Mudano said.

● Every dollar spent in manufacturing adds $1.37 to the U.S. economy, and every 100 jobs in a manufacturing facility creates an additional 250 jobs in other sectors.

● Over the next decade, nearly 3.5 million manufacturing jobs likely need to be filled and the skills gap is expected to result in 2 million of those jobs going unfilled.

● 80 percent of manufacturing executives reported they are willing to pay more than the labor market rates in workforce areas reeling under talent crisis. Still, six out of 10 positions remain unfilled due to the talent shortage.

● The Public Perception of Manufacturing series conducted over the past six years by the Manufacturing Institute and auditing and professional services consulting firm DeLoitte consistently reveals that while Americans consider manufacturing among one of the most important domestic industries for maintaining a strong national economy, they rank it low as a career choice for themselves. Moreover, only 37 percent of respondents in the 2015 study indicated they would encourage their children to pursue a manufacturing career.

● Creating a supply of workers with manufacturing skills — engineering, skilled trades, and production — will be critical to the future competitiveness of companies and the industry as a whole.

● Executives indicated that involvement with local schools and community colleges, as well as external training and certification programs, help them in closing the gap.

AmSkills gets funding from Pasco, Pinellas and Hernando counties. Mudano isn’t sure of the impact on funds if voters approve a state constitutional amendment that would increase the homestead exemption that will be on the General election ballot in November. The higher exemption could decrease tax revenue for the counties.