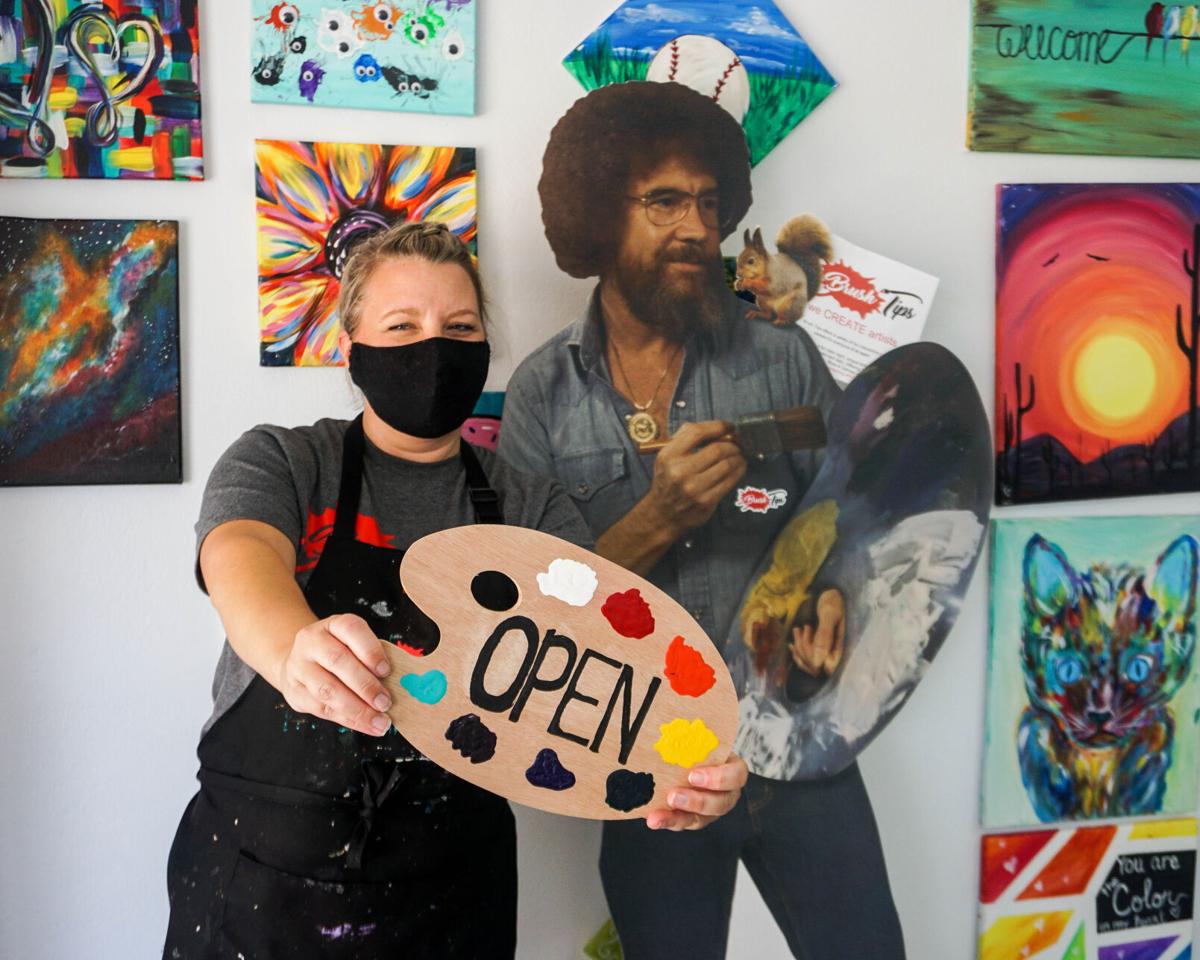 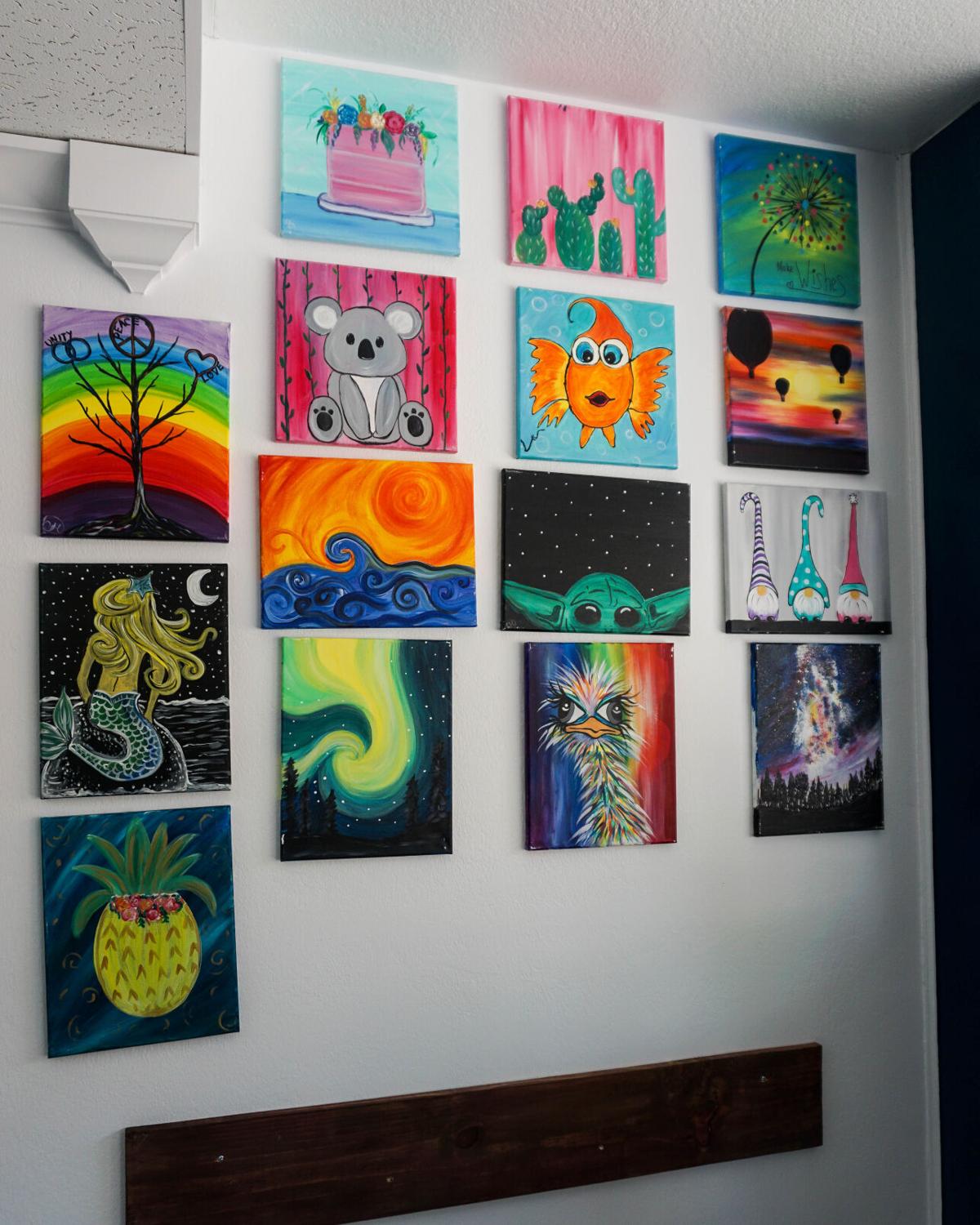 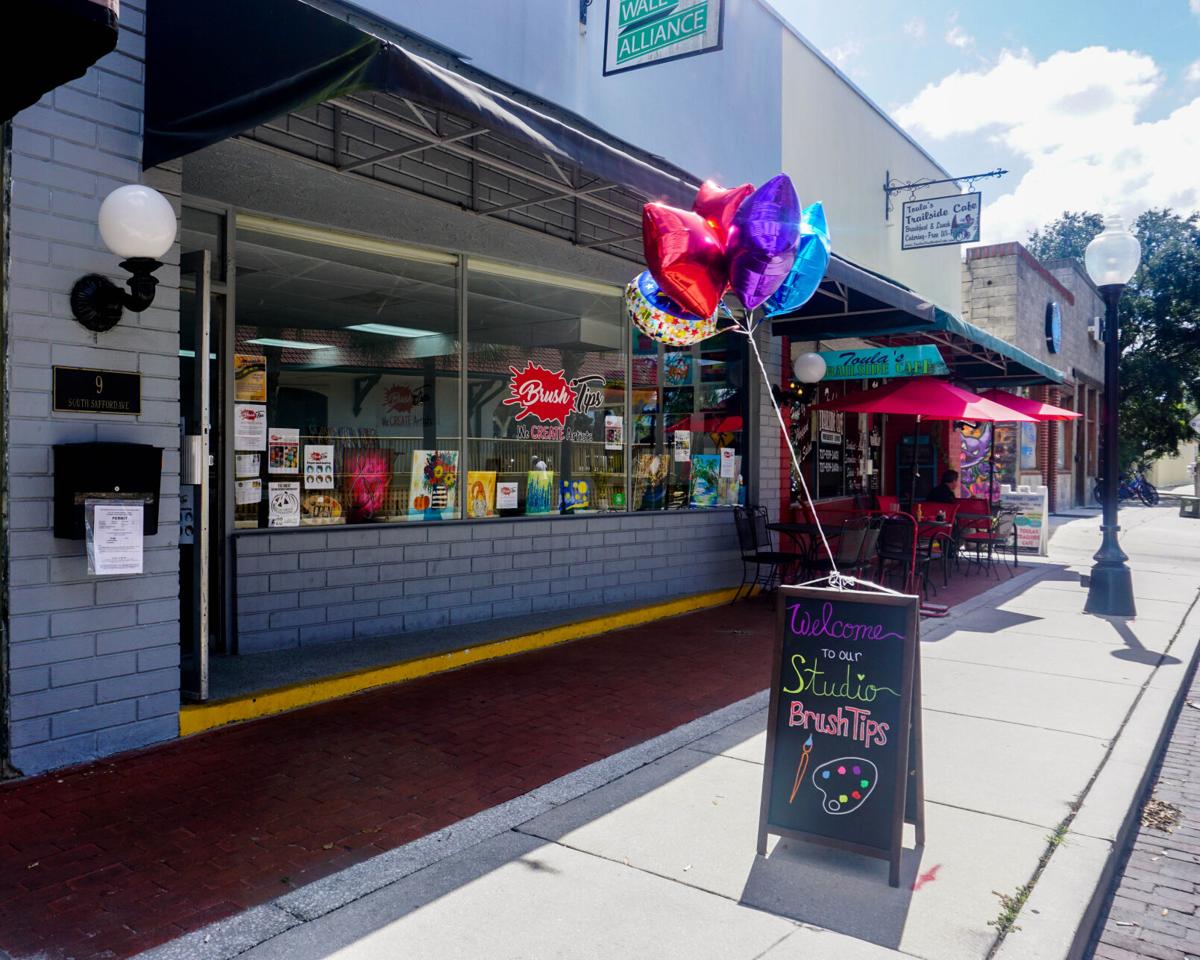 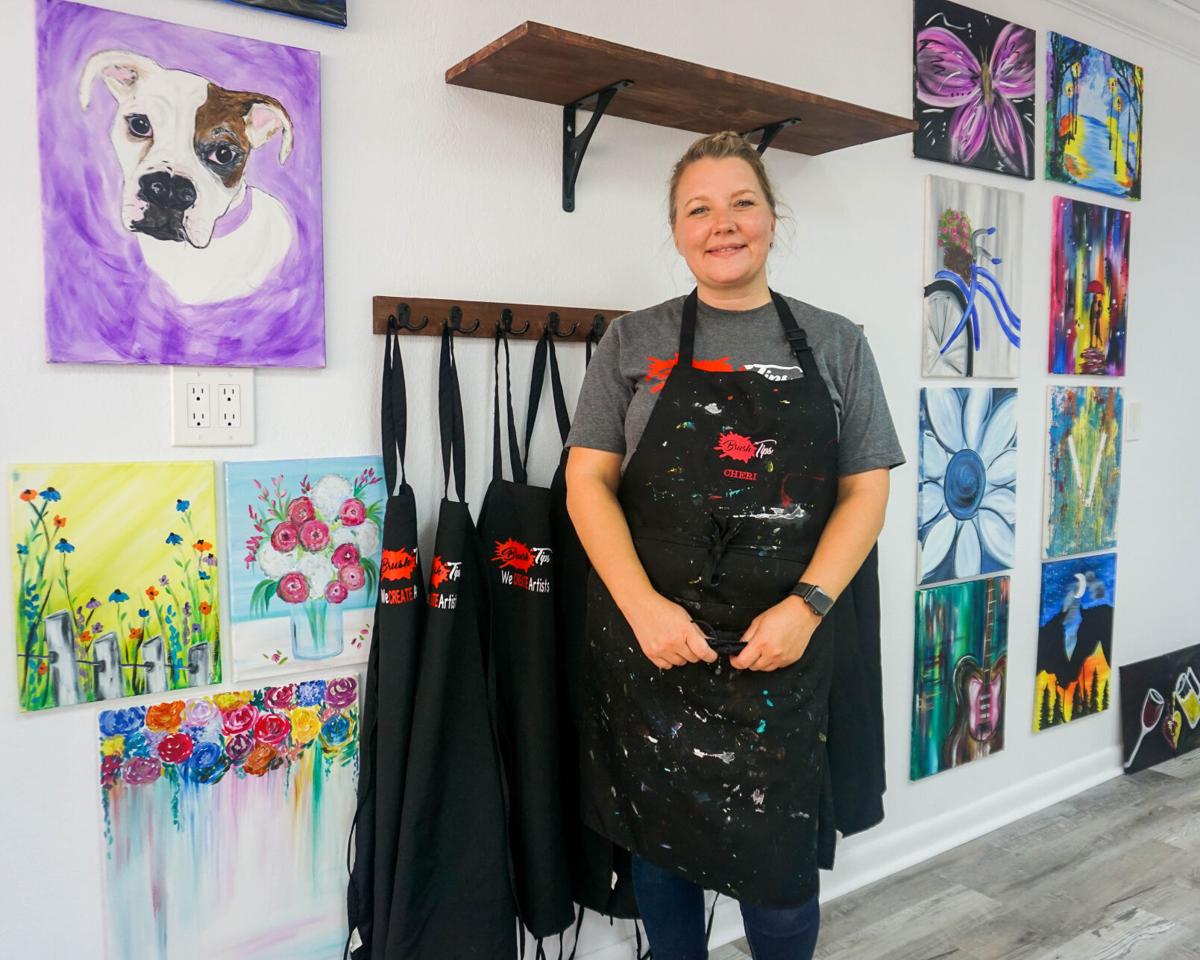 TARPON SPRINGS — The idea of hosting fun, stress-free art lessons for people looking for a relaxing night out has been around for more than a decade, ever since the Painting with a Twist concept invented by a pair of Louisiana woman in 2007 spawned what is now known as the “paint and sip” industry.

The concept is now so well known a quick Google search reveals nearly a dozen such locations in Pinellas County, with most offering some combination of painting, sipping and painting-while-sipping, including several Painting with a Twist franchises throughout the Tampa Bay area.

But entering an industry with such intense competition didn’t faze Cheri Smith, an Ohio native who recently opened her Brush Tips studio at 9 Safford Ave. with an eye toward bringing her successful concept to downtown Tarpon Springs.

“We do painting classes just like Painting with a Twist, but different,” Smith said during a recent interview at her shop, located next to Toula’s Trailside Café along the Pinellas Trail. She noted her first studio in northern Ohio has its own cable access channel and has received numerous awards since the former stay-at-home mom opened it four years ago.

When asked what separates her business from the competition, Smith was quick to respond.

“Our personalities,” she said. “We’re a family-run business and we make each customer feel like family. We like to connect with all our clients and include them into our lives. My husband is often here, and three of my four kids are involved in the business, because it’s fun for them and they’re all people persons.”

Smith, a lifelong artist who had an online marketing job before venturing “outside the house” to teach a painting class, explained how Brush Tips differs from similar businesses by putting an emphasis on the art with a heavy dose of fun.

“We call it ‘art entertainment,’” she said, adding they plan to offer art classes on wood and canvas, family game nights, Bible studies as well as an online studio for artists to teach from. “We’re not your typical art school, but we are a place to come with friends and family and have fun with no pressure.”

A glance around the Brush Tips studio reveals the fun quotient is turned up to 11.

After renovating the existing building with new flooring and bright white paint, Smith adorned the walls with a colorful collection of small square canvases featuring everything from animals to trees to sunsets; a large cardboard cutout of renowned television artist Bob Ross greets people as they enter the door.

“I want it to be an amateur artist clubhouse,” Smith said. “Anyone who can create can come.”

She said the response from the community has been overwhelmingly positive so far.

“Everyone is loving it and they’ve been very supportive,” Smith said, noting other local merchants have helped promote her business while thanking Tarpon Springs Economic Development Manager Karen Lemmons for her support. “We were floored by the outpouring of help people have offered. We’re just so super blessed.”

And despite the fact she just opened less than a month ago and her family hasn’t found a house in the area yet, Smith already has plans to expand her northern Ohio concept in Pinellas County and beyond.

“We want to expand here and in Ohio and offer franchise opportunities, too,” Smith said. “The way I look at it is either you’ll love it and return, or if not, one time you get to paint on canvas. If I can get one person to paint on canvas who never has before, I’m happy.”