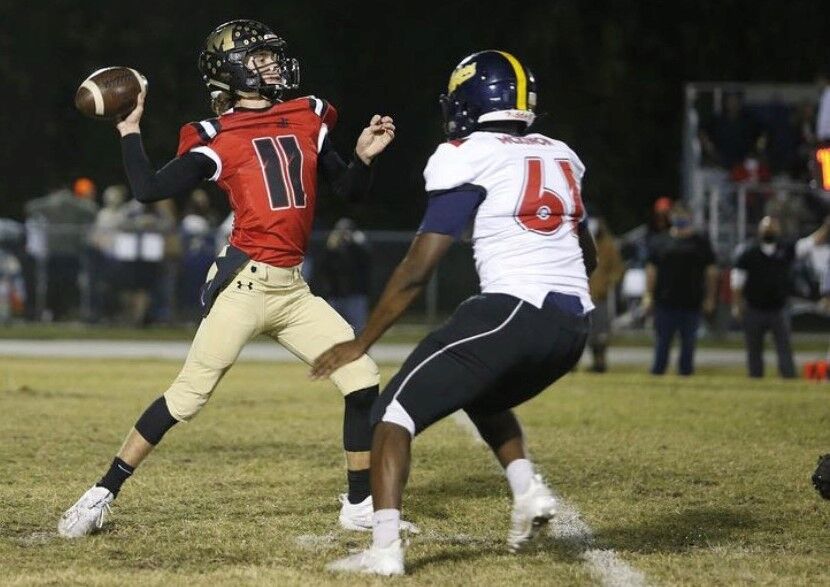 Mitchell High's Ezra Brennan threw for nearly 200 yards and led the West over the East, 28-0. 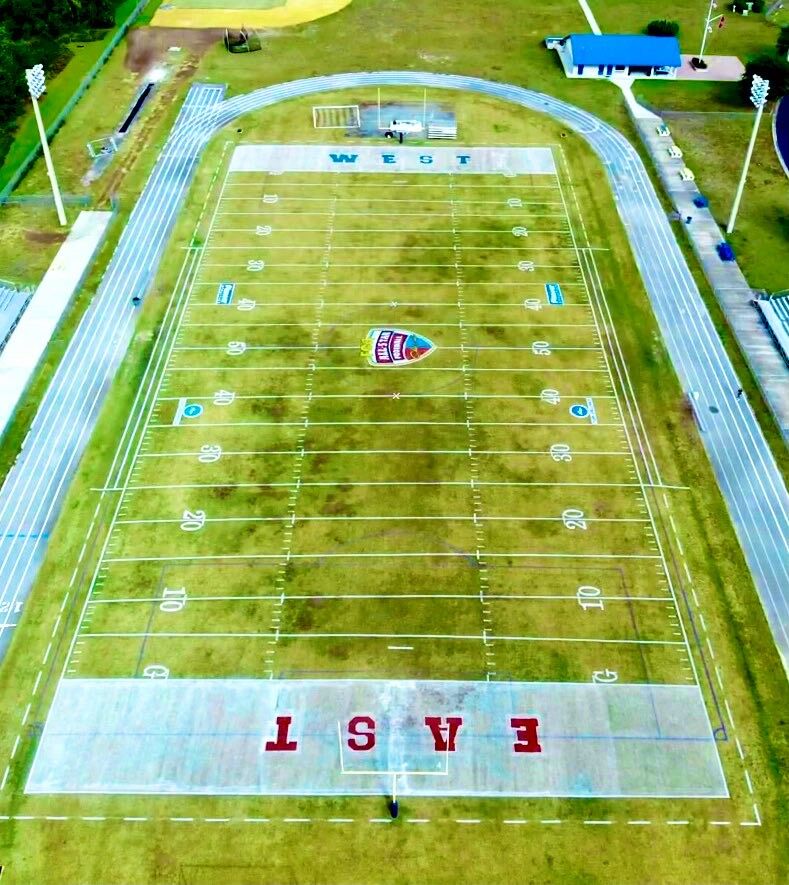 Mitchell High's Ezra Brennan threw for nearly 200 yards and led the West over the East, 28-0.

SPRING HILL- The final high school football game of the season in Pasco County ended with a dominating performance by some familiar faces.

Coming off a near region final victory over Orlando Edgewater, Mitchell quarterback Ezra Brennan and his receivers showed exactly why the Mustangs were such a tough team to beat. Brennan threw for 196 yards and four touchdowns, leading the West to a 28-0 victory over the East Thursday night at Bishop McLaughlin High School.

With the win for the West side, it evens up the all-time series at 3-3 and it’s also the game’s first ever shutout. The game, which the previous five years had been played at Sunlake High School, had a unique feel to it as the endzone’s featured the words ‘East’ and ‘West’ on their respective sides and the FCA All-Star Game logo was painted at midfield.

The game ended up being moved to Bishop McLaughlin due to the new county rules with fans entering, as the new measures at first called for no attendance other than players, coaches and officials. The district then changed it recently to a limited capacity, but the game field switch ended up working out for the Fellowship of Christian Athletes, whom organize the event annually.

“We are really thankful of a private school helping out with the game,” event organizer Bob Durham said after the game. “(Bishop McLaughlin) stepped up. They have really great facilities. We were thinking about taking the game to the east side of the county, but decided against that. Always a great game and you can tell all the player’s excitement, even now.”

The West’s dominance on the defensive side of the football was evident all night, as they forced seven turnovers on the evening has pestered Zephyrhills Christian Academy quarterback Nicholas Novo. Novo was held to 7-of-16 passing for 64 yards and an interception. The East was only able to muster up 137 yards of total offense.

Mitchell’s passing attack took its show from the playoffs to the All-Star Game, as the West’s offense featured Brennan, Elijah Hadley and Maguire Anderson. Hadley had two receiving touchdowns on the night, Anderson added one and River Ridge’s Conor Finer had the other. Now the shift turns to the off-season, but West head coach (Sunlake head coach) Trey Burdick mentioned it’s a quick turnaround before touching onto the field once again.

“I’m going to miss these Friday nights or in this case Thursday nights,” Burdick said. “These are the kind of nights you coach for. We will hit the ground running here just like any other school very soon.”